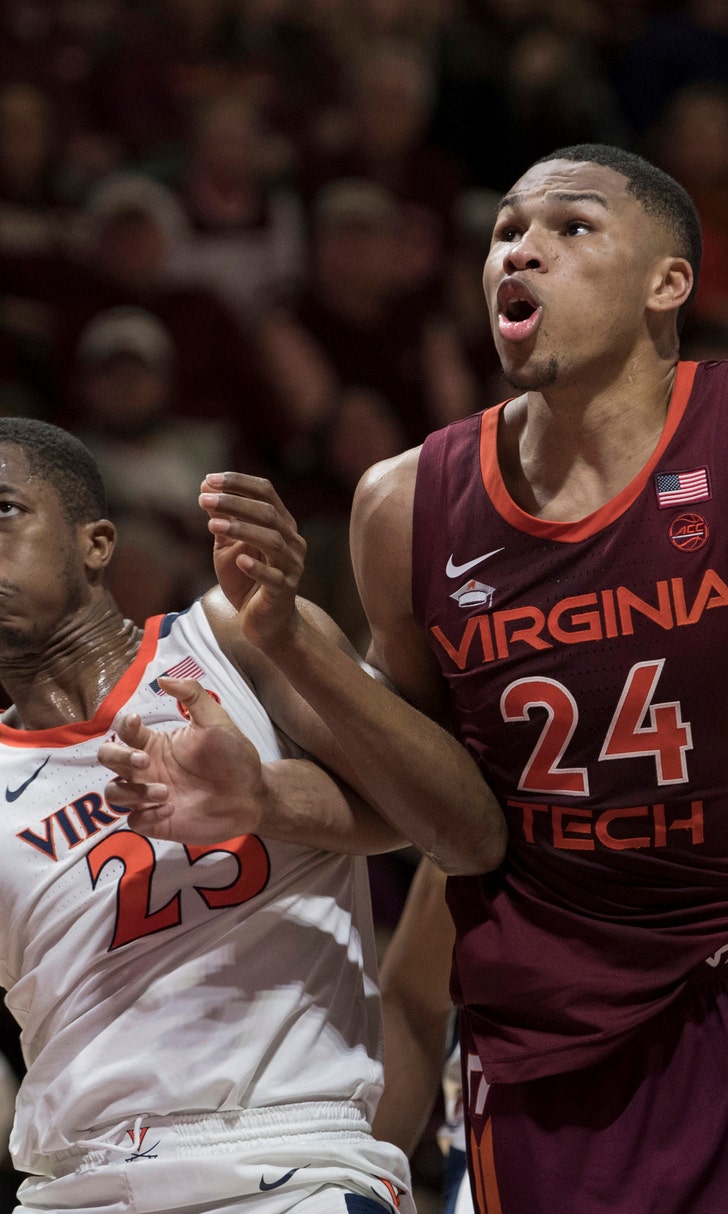 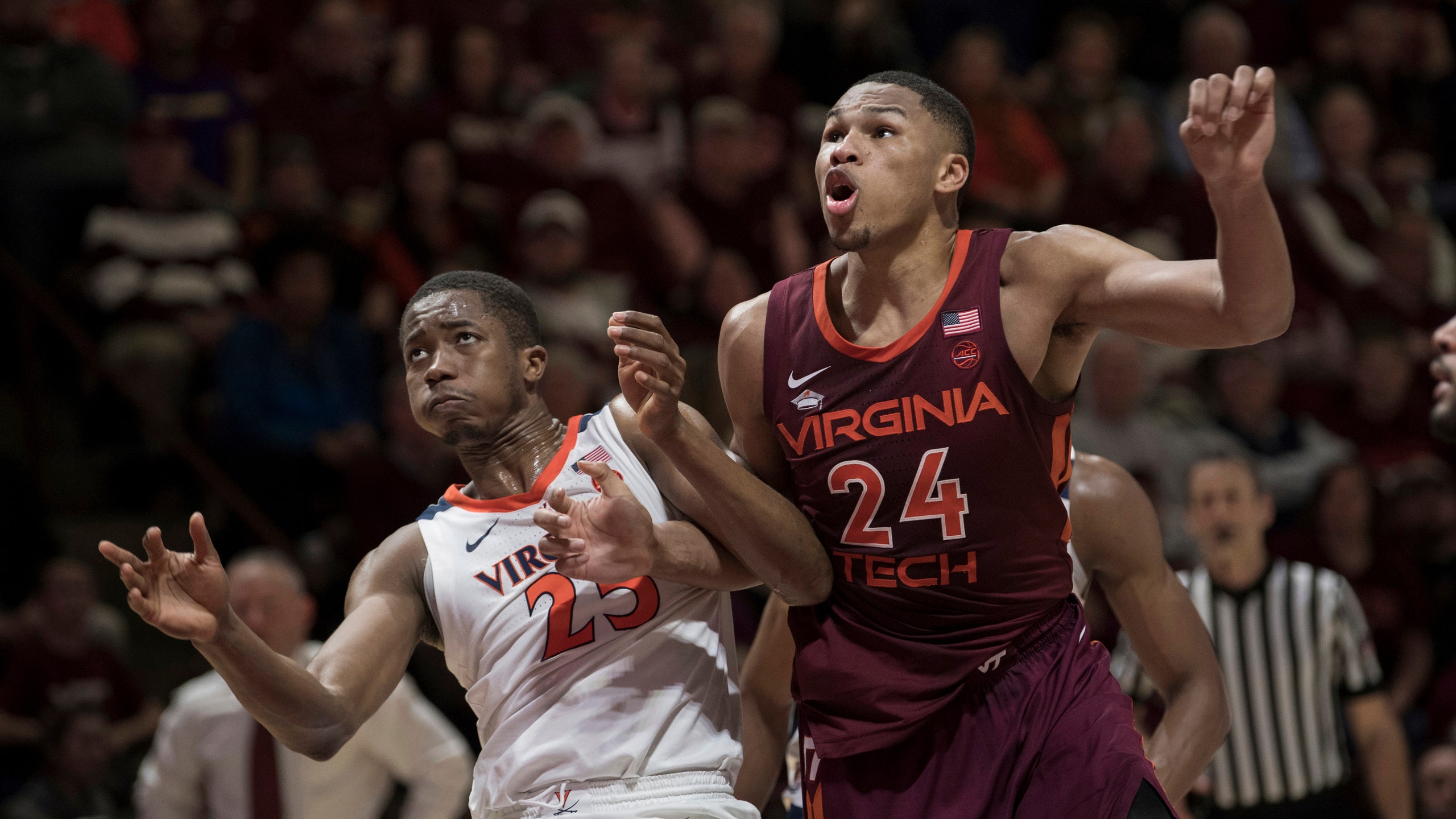 Ty Jerome added 16 points and De'Andre Hunter had 10 for the Cavaliers (23-2, 11-2 Atlantic Coast Conference), who swept the regular-season series with their state rivals and won for the sixth time in their last eight visits to Cassell Coliseum.

Kerry Blackshear Jr. had 23 points and 13 rebounds for the Hokies (20-6, 9-5), who played their sixth game in a row without floor leader Justin Robinson (injured foot). Ahmed Hill added 16 points, but the Hokies made just 3 of 27 attempts from beyond the 3-point arc.

Happ, who averages 18 points, scored just six points on 3-of-7 shooting, was 0 for 3 from the foul line and had three turnovers, including one just before he sat out the final minutes.

After shooting poorly in the first half and only holding a two-point lead, Kansas State kept the Mountaineers (10-16, 2-10) at bay with 50 percent shooting in the final 20 minutes.