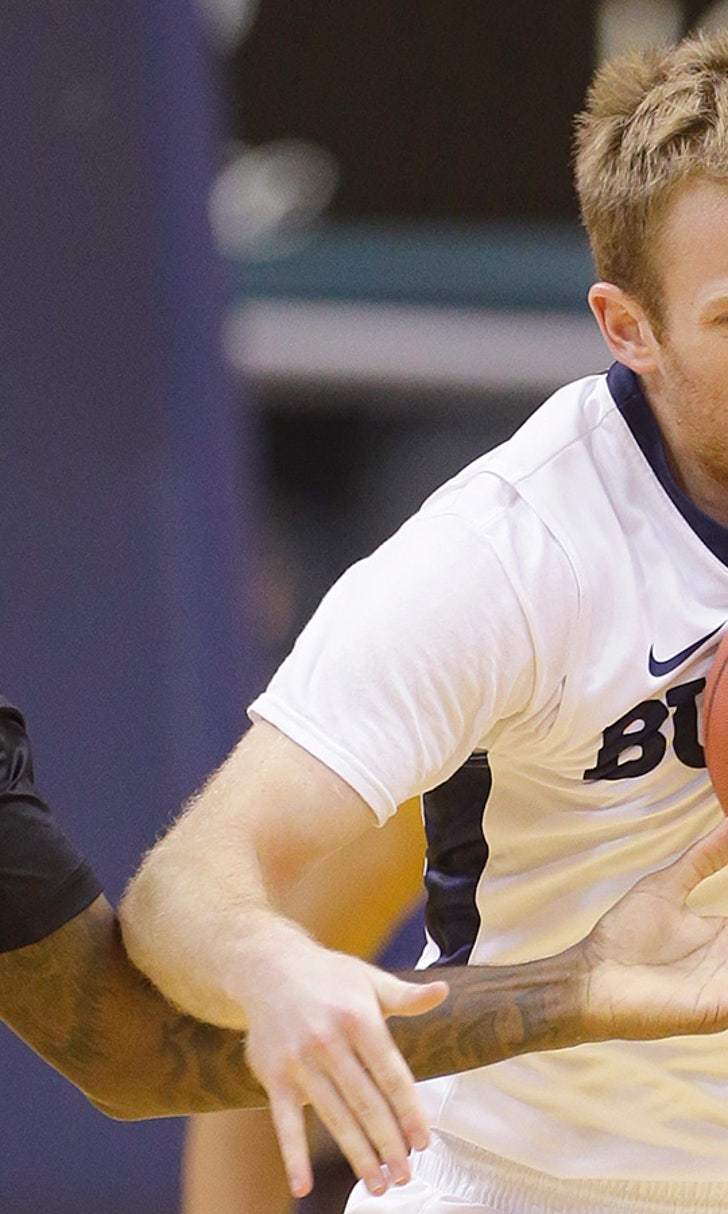 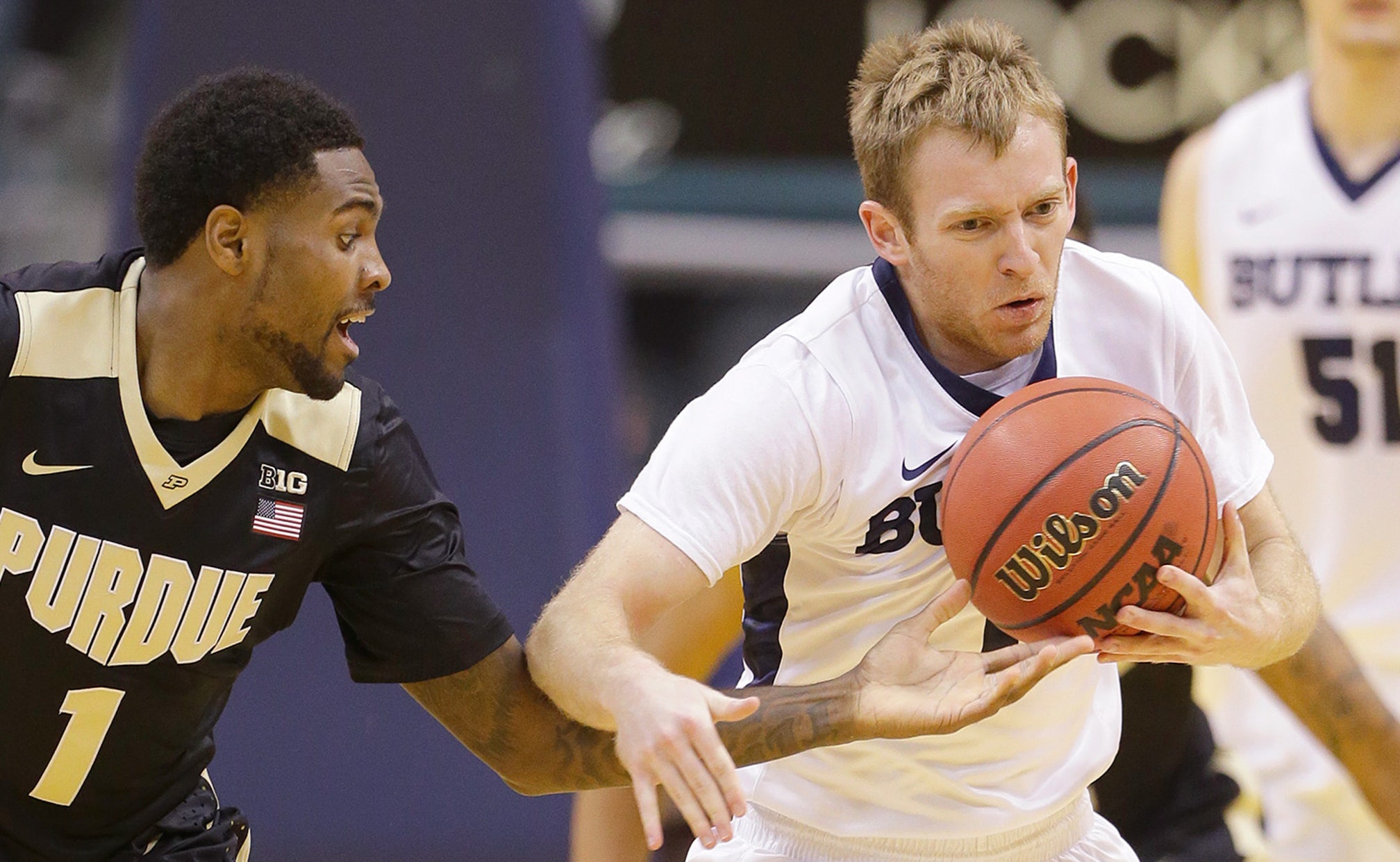 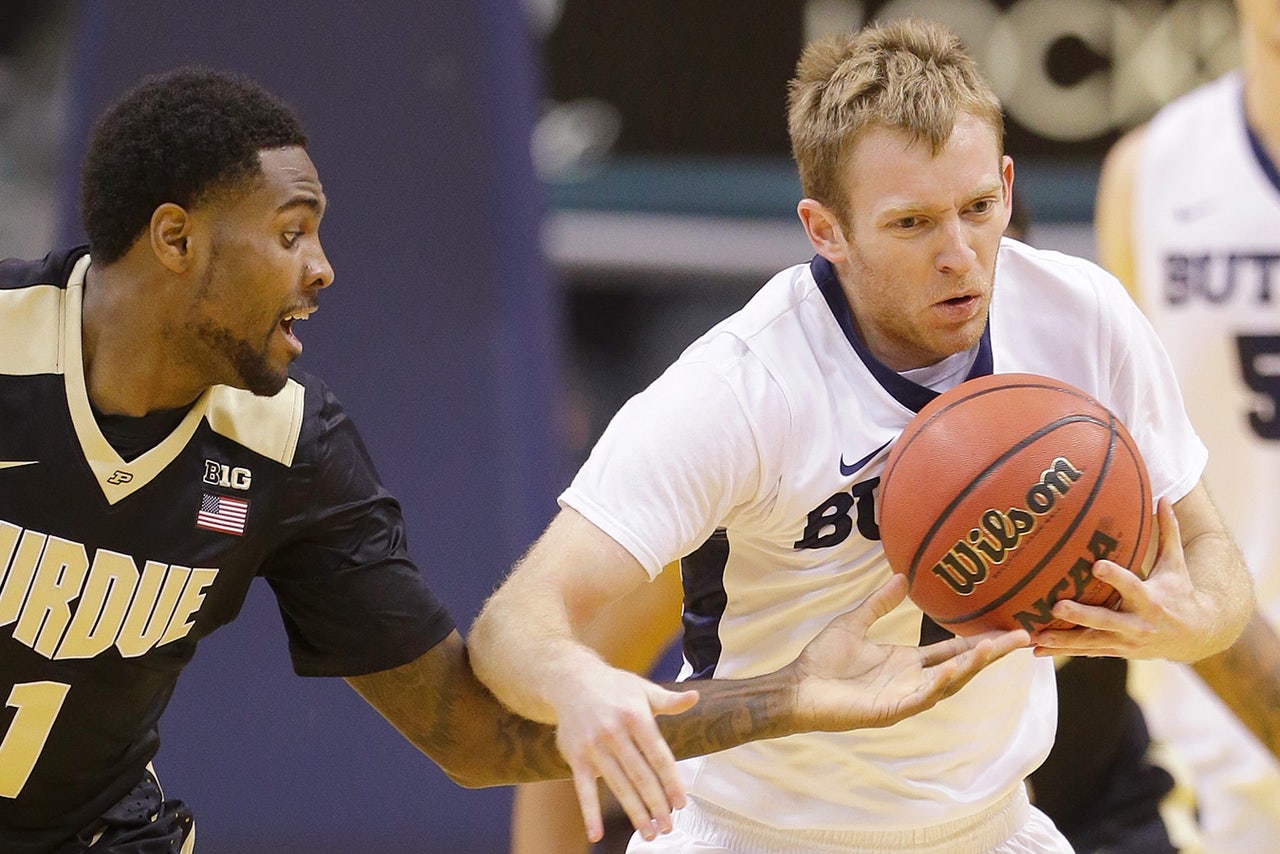 INDIANAPOLIS — Roosevelt Jones, Tyler Lewis and Andrew Chrabascz helped No. 17 Butler to a big lead over No. 9 Purdue.

Then they almost gave it away.

The Bulldogs nearly blew a 16-point lead in the final six minutes before Lewis made two free throws with 20.9 seconds left to send Butler to a 74-68 win on Saturday night that ended the Boilermakers' perfect start.

''It certainly was a gritty effort by our guys,'' Butler coach Chris Holtmann said. ''Purdue made it difficult for us late and we didn't necessarily capitalize on free throws like we would have liked to.''

Jones had 19 points, 11 rebounds and five assists in Butler's sixth straight win. Lewis, a transfer from North Carolina State, matched his career high with 17 points. Chrabascz added 16 points and five rebounds and finished the game after leaving twice with an injured left knee.

''People always doubt my game, so I try to come out and play hard every game just to prove that I can play with anybody in the country,'' Jones said.

The trio also helped make up for an awful shooting performance by Kellen Dunham, the Big East's leading scorer. Dunham missed all 12 of his shots from the field and had a season-low two points.

The Bulldogs (9-1), the nation's second-highest scoring team, went 4 of 16 on 3-pointers and shot 39.7 percent from the field. But they also forced 18 turnovers and held the Boilermakers' two 7-footers in check inside.

The Boilermakers pulled within seven on Kendall Stephens' 3-pointer with 2:31 to play. Already out of timeouts, coach Matt Painter instructed his players to start fouling and the usually good-shooting Bulldogs struggled at the line down the stretch.

Purdue took advantage. Freshman Caleb Swanigan made back-to-back 3-pointers to trim the deficit to 70-67 with 1:04 left and Dunham had a rare turnover on the ensuing possession, giving the Boilermakers a chance to tie the score.

Only this time, the Bulldogs fouled Stephens, who missed the second of two free throws.

Lewis made his free throws and Butler closed out the scoring with a breakaway layup.

Swanigan finished with 25 points and 11 rebounds, while A.J. Hammons had 12 points and seven rebounds.

''They understood how to manufacture some points and how to get things done, where we had to show more patience and discipline,'' Painter said. ''We didn't show that.''

The much smaller Bulldogs had a 15-12 edge in offensive rebounds and a 34-26 scoring advantage in the paint.

The Bulldogs improved to 4-1 in the Crossroads Classic, the annual doubleheader between the four best-known schools in Indiana. Purdue fell to 0-5 in the Classic.

Purdue came into the game with the Big Ten's fourth-best assist-to-turnover (1.6). It had 54 assists and only 16 turnovers in its previous two games.

But the Boilermakers finished with 14 assists and 18 turnovers against the Bulldogs.

Butler: The Bulldogs committed only eight turnovers. ... Lewis also had six rebounds and four assists. ... Chrabascz gave the Bulldogs quite a scare when he left with an injured left knee with 7:58 to play. He returned with a sleeve over the knee with 5:08 to play. He limped off the court again with 4:04 left before returning again.

Purdue: The Boilermakers were trying for the fifth 12-0 start in school history and the first since 2009-10. ... Saturday's game marked the first time in this 56-game series that both teams were ranked. ... Isaac Haas, a 7-foot-2 sophomore, finished with four points and seven rebounds.