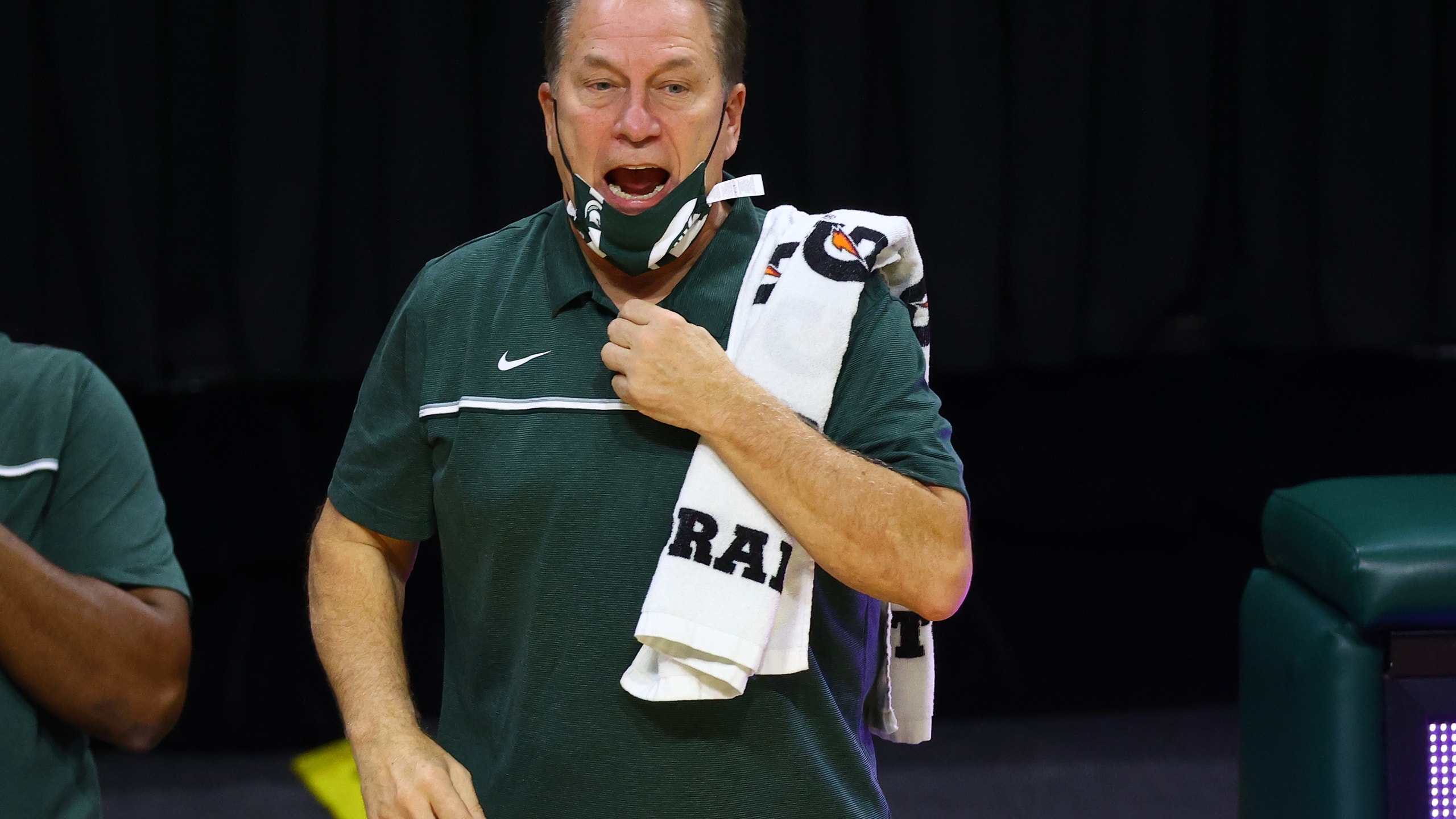 For the past nine seasons, the Champions Classic has been one of the premier events of the college basketball season, annually featuring a foursome of the game's most historic 'blue blood' programs.

And this year's matchups live up to the normal hype, with No. 6 Duke taking on No. 8 Michigan State, while No. 7 Kansas traveled to Indianapolis to face No. 20 Kentucky.

Here is a recap of the two Champions Classic tilts.

Wednesday's battle between Michigan State and Duke was a stylistic clash, with Duke being one of the top one-and-done factories in the country, while Michigan State continuously fields veteran squads.

And on this night, the experience of Michigan State won out, carrying the Spartans to a 75-69 win over Duke.

Michigan State returned seven players who started at least one game last season, while Duke rolled out a lineup of three freshman and two sophomores in its starting five.

After getting off to an ugly start, the Spartans settled in and eventually took control of the game, seeing their lead grow to as large as 16 in the second half, before playing the free throw game in the end and holding on for a six-point win.

It represented the first-ever win at Cameron Indoor for Michigan State.

For Duke, the Blue Devils were never able to find a consistent rhythm offensively, shooting only 32.3% from the field and only connecting on five three-pointers for the night.

While Michigan State started a lineup that featured three juniors and a senior, it was sophomore guard Rocket Watts who stole the show, scoring 20 points to lead the Spartans in scoring in his first start of the young season.

Michigan State was also able to wrangle Duke's freshman duo of Jalen Johnson and DJ Steward, which combined to record just 17 points and five rebounds, after registering a combined 43 points and 28 rebounds in Duke's season-opener against Coppin State on Saturday.

Even in an abnormal year for college basketball, Bill Self has made sure that his Kansas Jayhawks will be tested early and often.

After losing their season opener to No. 1 ranked Gonzaga, the Jayhawks got a chance to redeem themselves against Kentucky, doing exactly that in a 65-62 win on Tuesday.

The star of the game for Kansas was redshirt freshman Jalen Wilson, who scored 21 of his 23 points in the second half to help the Jayhawks erase a six-point halftime deficit.

For Kentucky, it was more of the same from their loss to Richmond over the weekend.

After shooting 0-for-10 from distance against Richmond, the Wildcats struggled once again to make shots from beyond the arc.

For the season they are now shooting 19 percent from three-point range.

In addition, Kansas was able to keep the highly-touted freshman duo of Brandon Boston Jr. and Terrence Clarke under control for the night, limiting the Kentucky duo to 18 points on 7-for-24 shooting.

All Aboard the Baylor & Gonzaga Train
When it comes to college basketball, Gonzaga and Baylor appear to be head and shoulders above the rest, Mark Titus writes.
14 hours ago