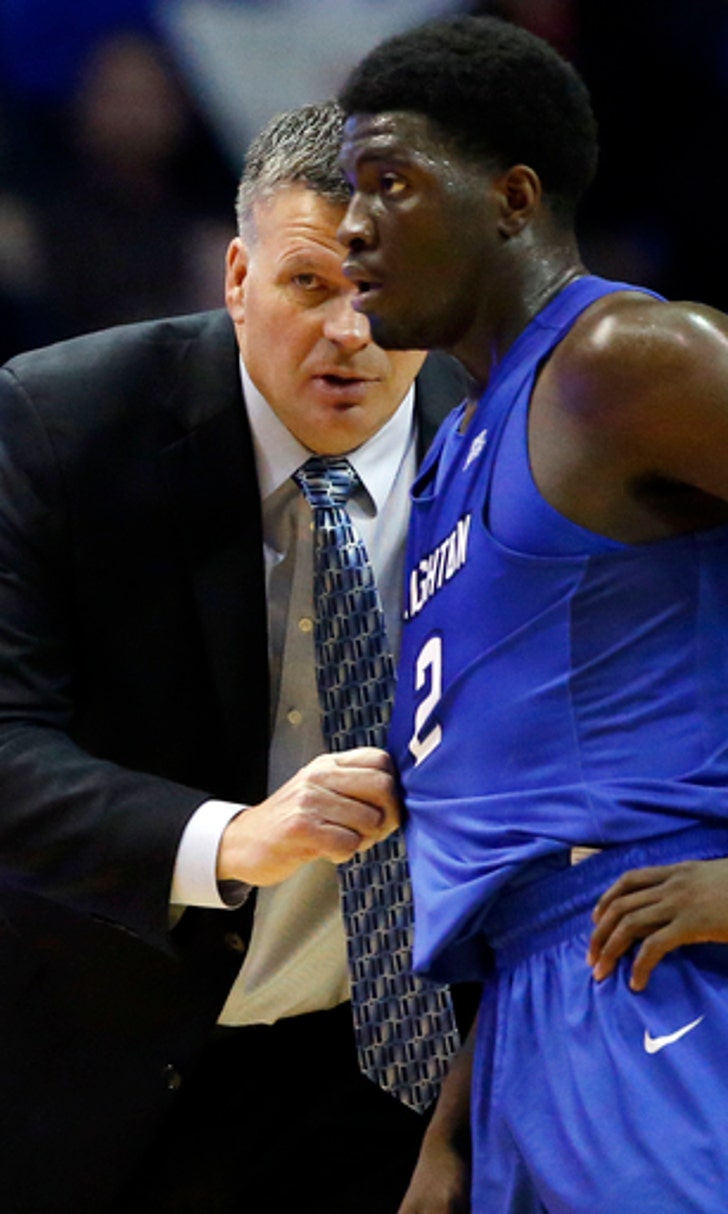 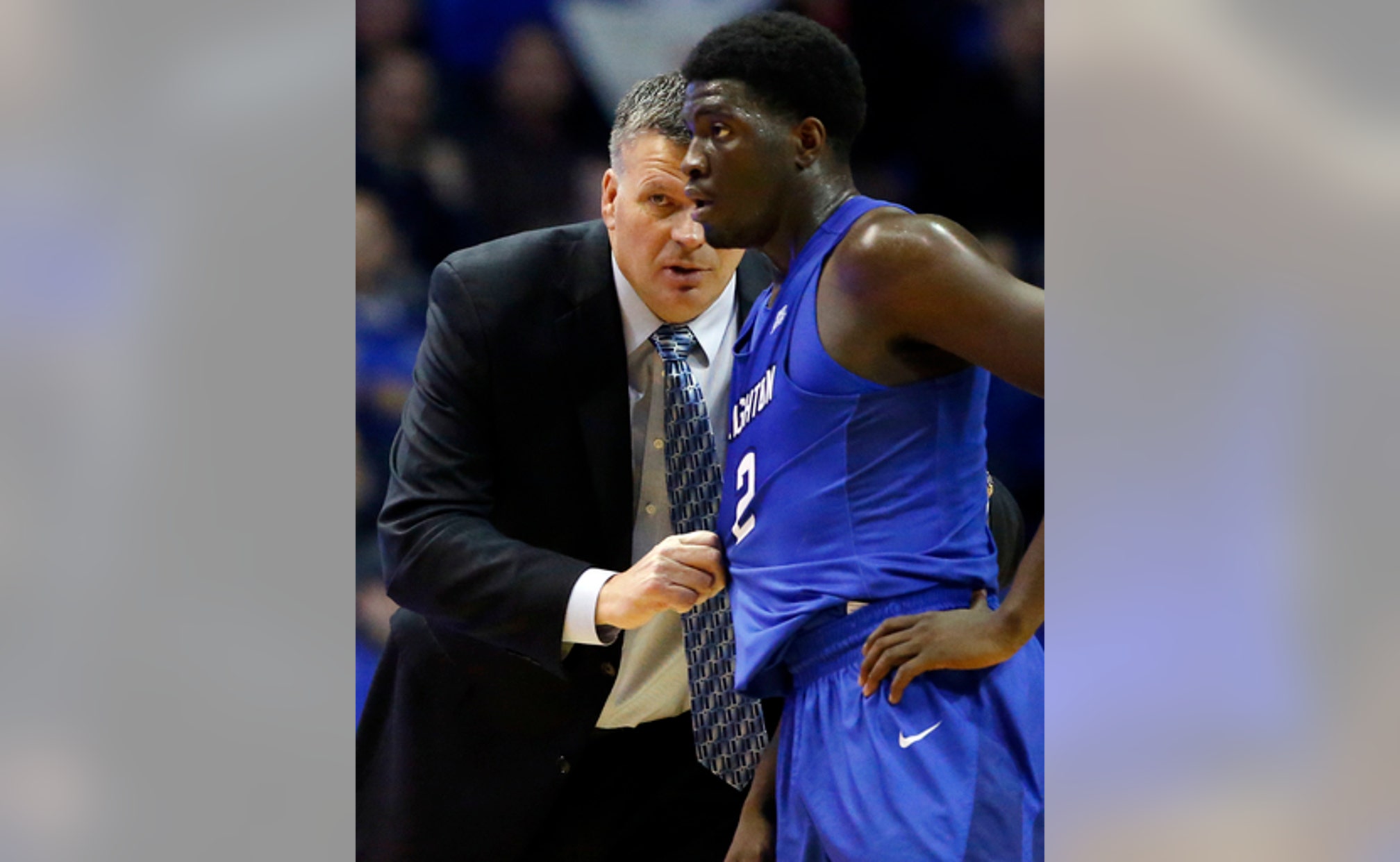 Khyri Thomas ups his game to keep No. 20 Creighton winning

And Khyri Thomas also has kept doing his thing - only better.

The sophomore guard's trajectory has been rising all season. The difference is that with Watson out, Thomas has gotten more notice. Over the last four games he's averaged 15 points, 5.5 rebounds and 5 assists and has a 4-to-1 assistant-to-turnover ratio for the 20th-ranked Bluejays (21-4, 8-4 Big East).

''We wouldn't be where we are without him,'' coach Greg McDermott said Monday.

Seton Hall coach Kevin Willard said in late December that Thomas probably was the most improved player in the Big East, and then he watched Thomas go for 17 points and eight rebounds in an 89-75 win over the Pirates. The teams meet again Wednesday night in South Orange, New Jersey. Since their first meeting, Thomas has only strengthened his credentials for the conference's most improved player award.

He leads the Bluejays in steals, is second in rebounding, blocks and assists and is third in scoring. He also guards the opponent's best offensive player.

''He's a whole new man,'' junior forward Toby Hegner said. ''He's been playing really well the last five games, and we need him to continue to do that to take some stress off Marcus and the rest of us. He's grown the last two years, and it's cool to see.''

Thomas was a starter from the outset of his freshman season last year. But he struggled in Big East play, went to the bench for the last month of the regular season and saw his minutes dwindle. McDermott made Thomas a starter again for the NIT after Isaiah Zierden got injured, and he responded with a combined 28 points, 12 rebounds and four steals in wins over Alabama and Wagner.

McDermott said Thomas, encouraged by the postseason success, committed to an offseason of hard work. The Bluejays are seeing the payoff.

He's doubled his scoring average, to 12 points, and improved his field-goal shooting from 47 percent to 54 percent and his free-throw shooting from 52 percent to 77 percent. His 38 steals in 25 games are five more than he had in 34 games a year ago.

The 6-foot-3 Thomas, who has a vertical jump of 34 inches, said rebounding has been his greatest area of improvement. He's averaging 5.6, two more than last season.

''I'm always the one getting yelled at about not rebounding,'' Thomas said, laughing, ''so I said, `Let me go ahead and get a couple rebounds so they can just shut up.'''

With Watson out, Thomas has had to handle the ball more and make more decisions. He's had 20 assists the last four games, including a season high-tying seven in a 93-58 win at DePaul on Saturday.

''Besides everything happening on the floor, his leadership has elevated as well,'' McDermott said. ''He's speaking his mind more. He's encouraging and being demanding defensively with his teammates, which he can do because of the effort he gives each and every possession.

''He's changed for the better in almost every aspect of the game, and a lot of has taken place the last three weeks.''

Top of Their Class
A new college basketball season means a new batch of superstar freshmen. Here are eight names to keep an eye on.
12 hours ago

FOX College Hoops Preview with Titus & Tate
Mark Titus and Tate Frazier sat down with a star-studded cast of college basketball faces to preview the 2020 season.
23 hours ago 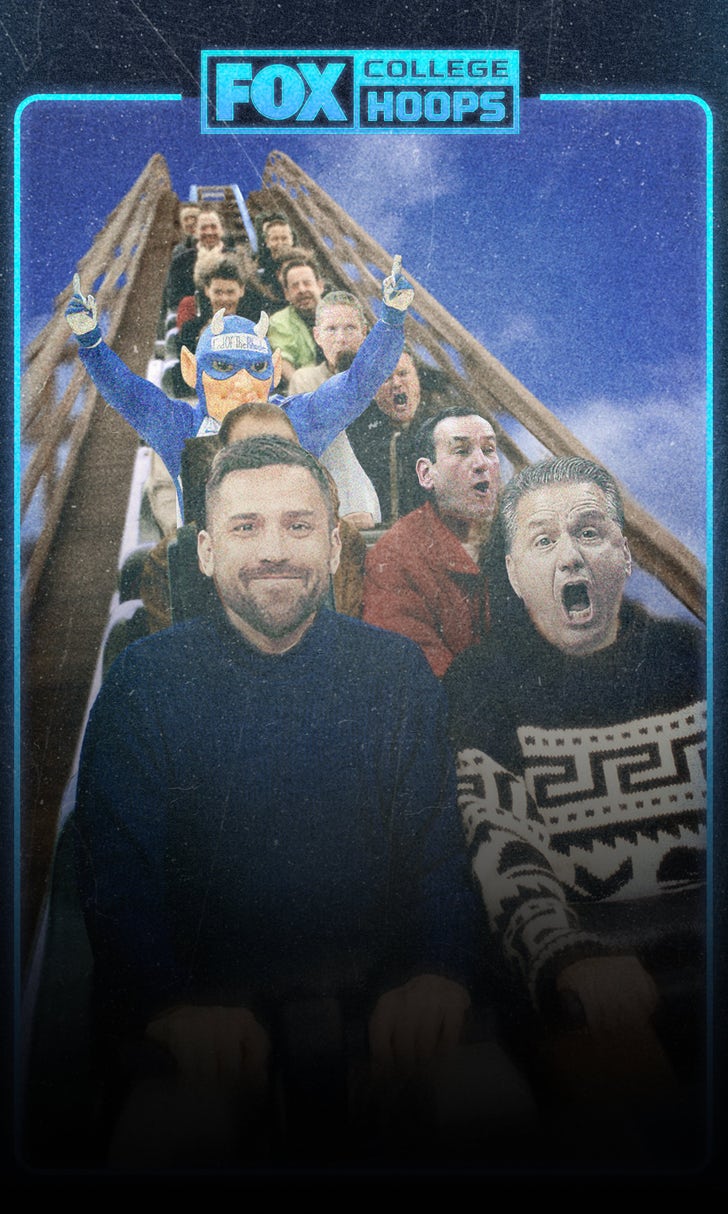 Introducing The College Hoops Newsletter
Strap in for a journey with Mark Titus, as he breaks down all the wildness to come in the upcoming college basketball season.
6 days ago

College Hoops' Best Buzzer-Beaters
What are the most iconic buzzer-beaters in college hoops history? Who better than Titus & Tate to provide the answers?
September 24
those were the latest stories
Want to see more?
View All Stories
Fox Sports™ and © 2020 Fox Media LLC and Fox Sports Interactive Media, LLC. All rights reserved. Use of this website (including any and all parts and components) constitutes your acceptance of these Terms of Use and Updated Privacy Policy. Advertising Choices. Do Not Sell my Personal Info