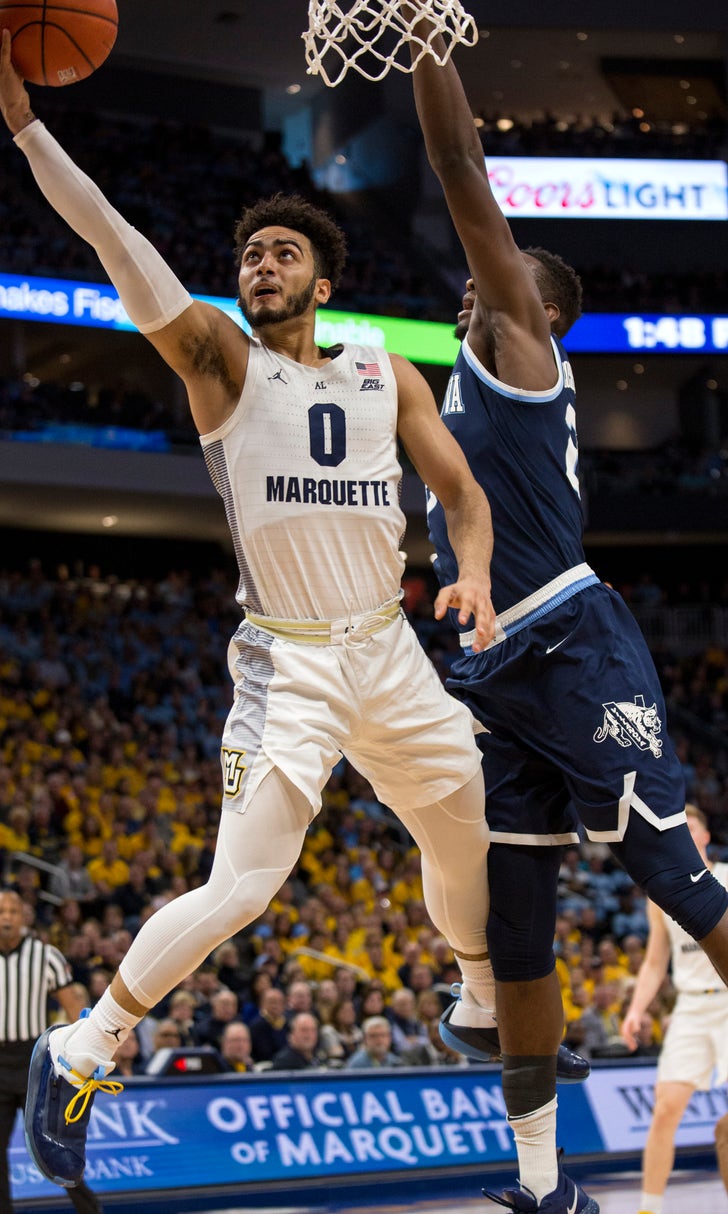 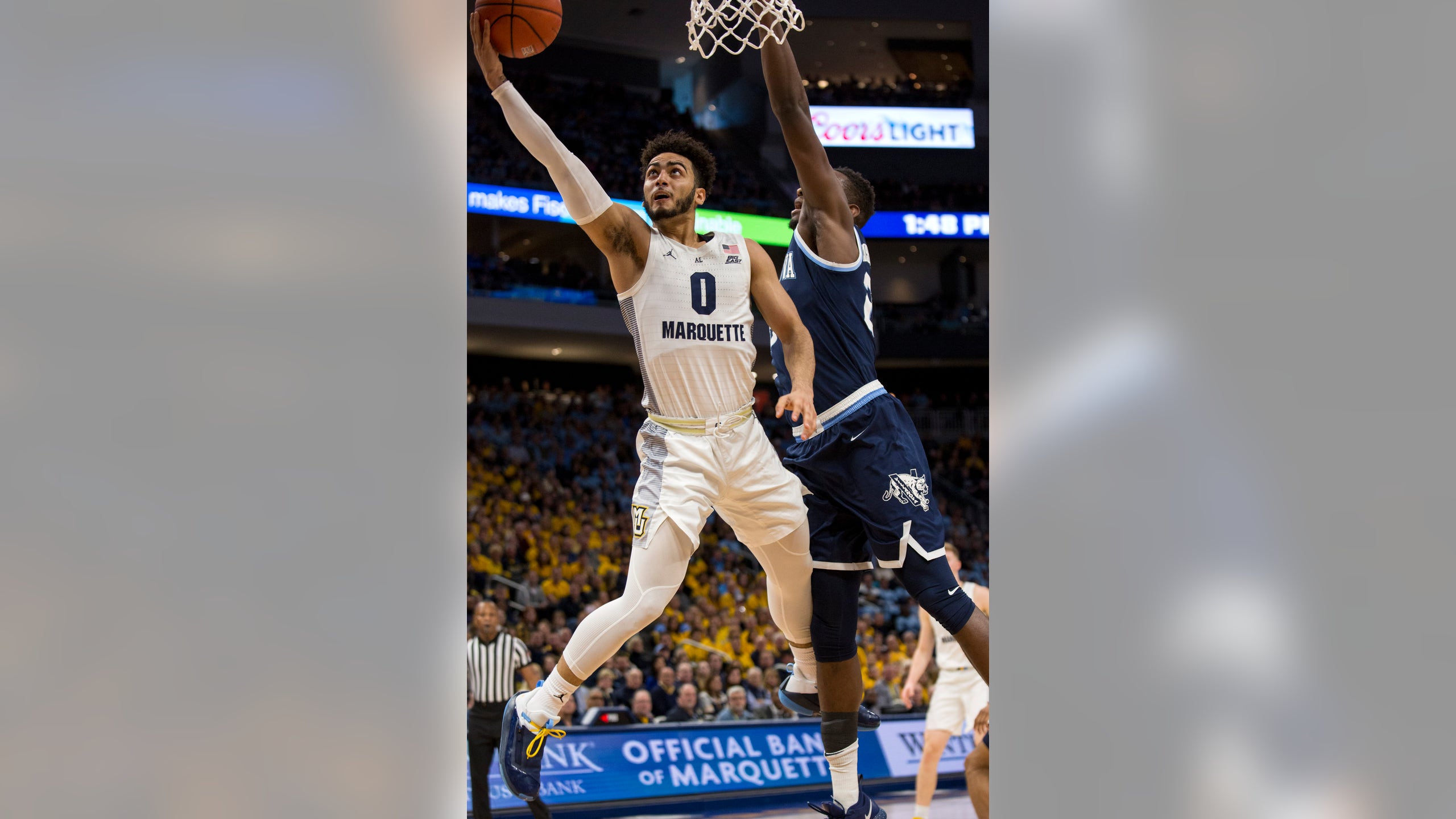 MILWAUKEE (AP) — Markus Howard provided the offense and this time around, Marquette's defense put on just enough pressure at the end.

Howard scored 38 points and the 10th-ranked Golden Eagles hung on at the buzzer, edging No. 14 Villanova 66-65 Saturday and handing the Wildcats their first Big East Conference loss.

The Golden Eagles, who led by 15 early in the second half, took a 66-63 edge on two free throws by Howard with 53 seconds left. Phil Booth answered with a floater in the lane that made it a one-point game.

Jermaine Samuels then stripped Howard on the ensuing possession with 14 seconds left. After a timeout, Booth drove on Sacar Anim but was cut off underneath by reserve forward Ed Morrow.

Booth passed the ball back to Samuels, who missed an off-balance jumper from the left side as time ran out.

"We just wanted to make it tough for him, obviously bring him to a crowd," Anim said. "We really wanted to force him to drive where I knew I was going to have some help. We were able to get him down there and Ed made a big time play."

"We were just running a ball screen and trying to put it in Phil's hands, just let him make a decision," Wright said. "We trust him to make a decision."

"I don't think we gave him great options. I don't think his teammates spaced out really well. We got congested under the rim. It's one of those things. I think they thought he was going to shoot it so they started to go for the offensive rebound instead of giving him an option," he said. "I don't have a problem with that. When you get to that point, you've got to let the players make the decisions."

Marquette bounced back from its first home loss of the season, 70-69 to St. John's on Tuesday when Shamorie Ponds scored the game-winning basket on a drive with 16 seconds left.

"Overall, I thought we played an outstanding defensive game against a very dangerous and potent offense," Marquette coach Steve Wojciechowski said. "It's ironic that, although it wasn't exactly the same game situation, essentially it was the same. If we get a stop, we're going to win."

Villanova answered with 10 consecutive points, pulling within 47-42 on Saddiq Bey's 3-pointer from the right corner. The Wildcats later went on a 13-2 burst and took a 55-53 lead on Samuel's 3-pointer with 6:16 remaining.

"We just came out with a competitive edge, something to prove," Howard said. "I think we have a lot to prove still, but today especially, we just wanted to bounce back from the game we had Tuesday. That was not the team we were, that's not the team we've been. Tonight, we really just bounce back and do the best way we could to pick it up on the defensive end."

Villanova: After facing Providence at home, the Wildcats play three straight on the road at St. John's, Georgetown and Xavier. Villanova earlier defeated all three at home.

Marquette: The Golden Eagles play three of their next four on the road, culminating in a rematch at Villanova on Feb. 27. Although dominant at home, Marquette is 5-3 on the road.

ONE-TWO PUNCH — AND THAT'S IT

Howard and Anim combined for 56 of Marquette's 66 points. The backcourt duo was 21 of 34 from the field, and 7 of 14 on 3s. The rest of the Golden Eagles were a combined 5 of 17 and missed all four 3-point attempts. Junior guard Sam Hauser, averaging 15.7 points, was held to four, and his 6-9 freshman brother, Joey Hauser, averaging 10.4, failed to score in 28 minutes.

Marquette is at DePaul on Tuesday.