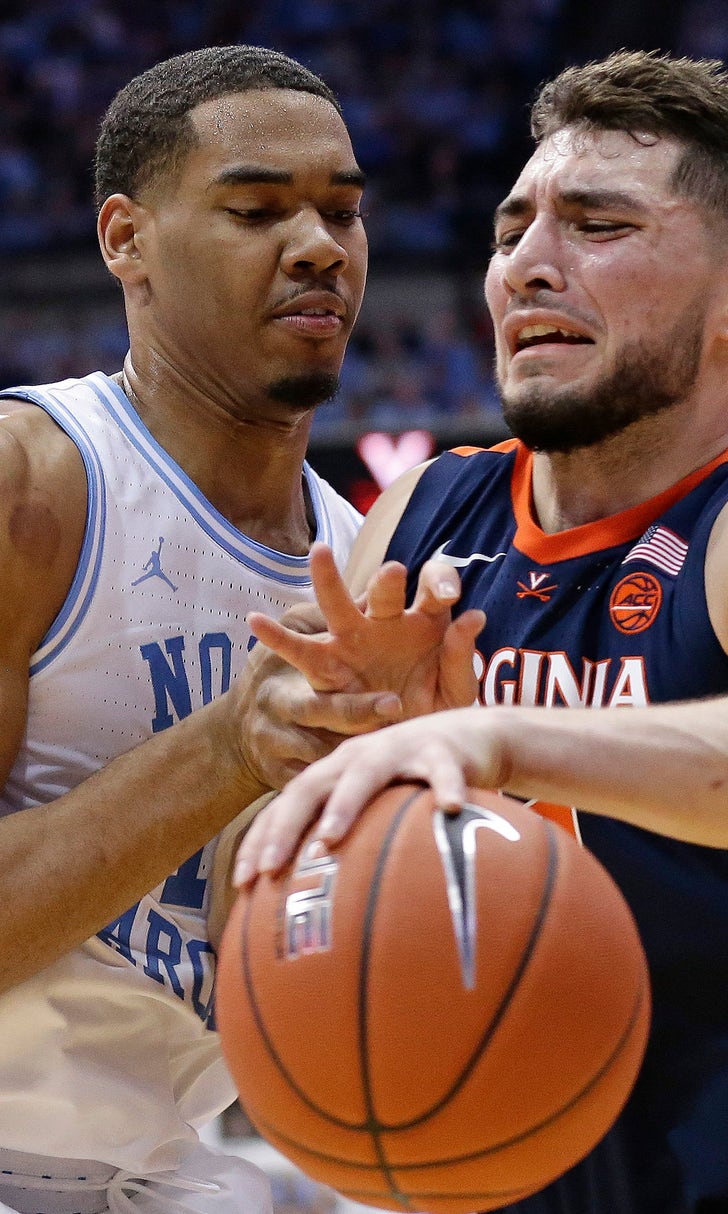 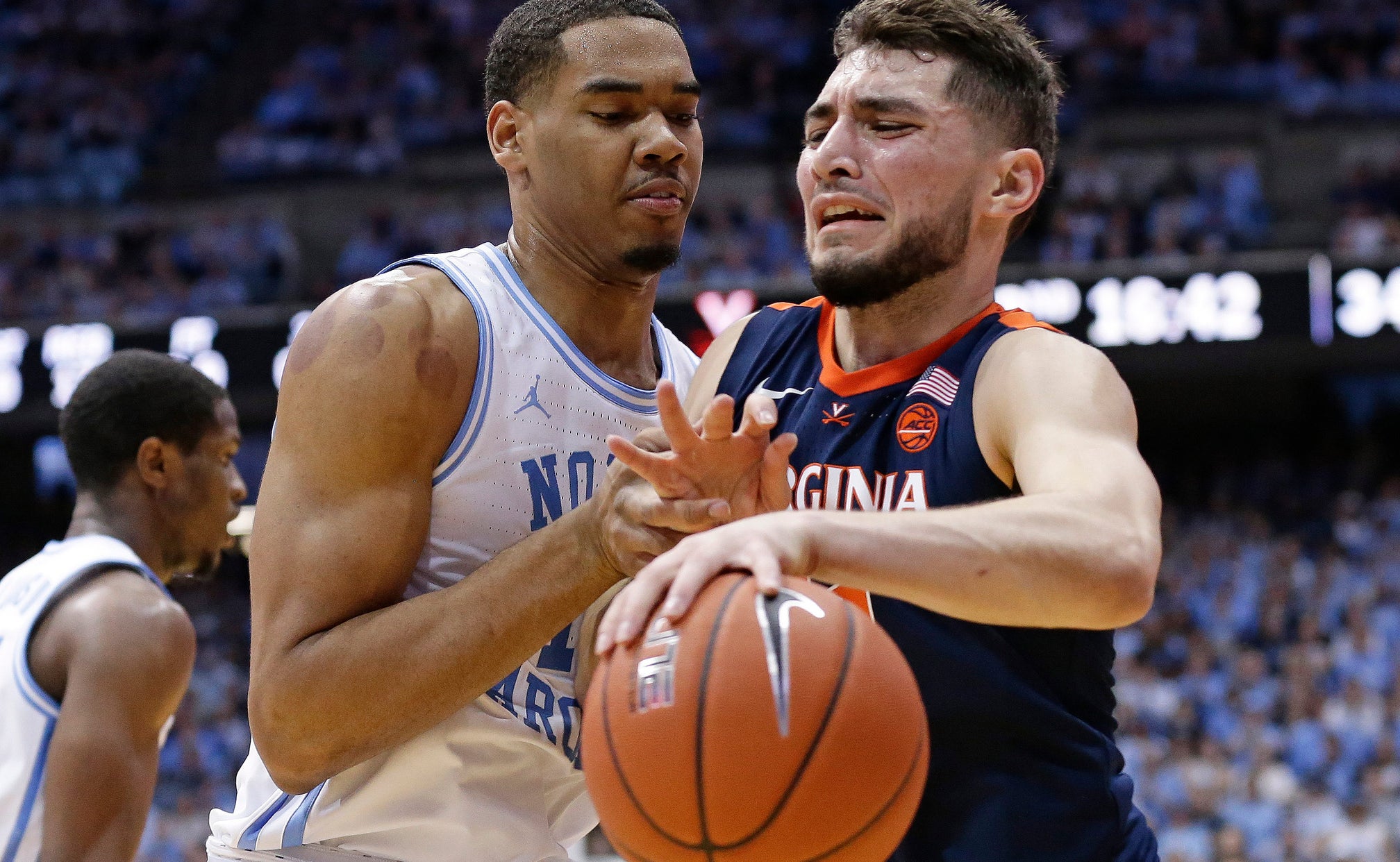 Guy's big shots finish No. 4 Virginia's rally over No. 8 UNC

De'Andre Hunter also had 20 points for the Cavaliers (21-2, 9-2 Atlantic Coast Conference), who played with veteran poise down the stretch after trailing for a good chunk of the second half.

The Cavaliers were coming off a second loss this season to No. 2 Duke and arrived in Chapel Hill facing the prospect of their first losing streak of any kind in two years. Yet Guy and his teammates rallied from seven down in the final eight minutes to snap UNC's seven-game winning streak.

Coby White scored 17 points to lead the Tar Heels (19-5, 9-2), who were off to their best start in league play under 16th-year coach Roy Williams. UNC shot just 35 percent for the game.

FORT WORTH, Texas (AP) — Devon Dotson scored 25 points, including six free throws in the final 40 seconds of overtime, and Kansas beat TCU for its second win in a row while starting four freshmen.

After blowing a 12-point lead in the second half, the Jayhawks (19-6, 8-4 Big 12) never trailed in overtime. They broke the final tie on K.J. Lawson's jumper with 1:09 left before Dotson sealed it at the free-throw line.

Dotson also had 10 rebounds for one of the three double-doubles for Kansas. Ochai Agbaji had 20 points and 11 rebounds, while Dedric Lawson, a junior and the only non-freshman starter, had 14 points and 10 rebounds.