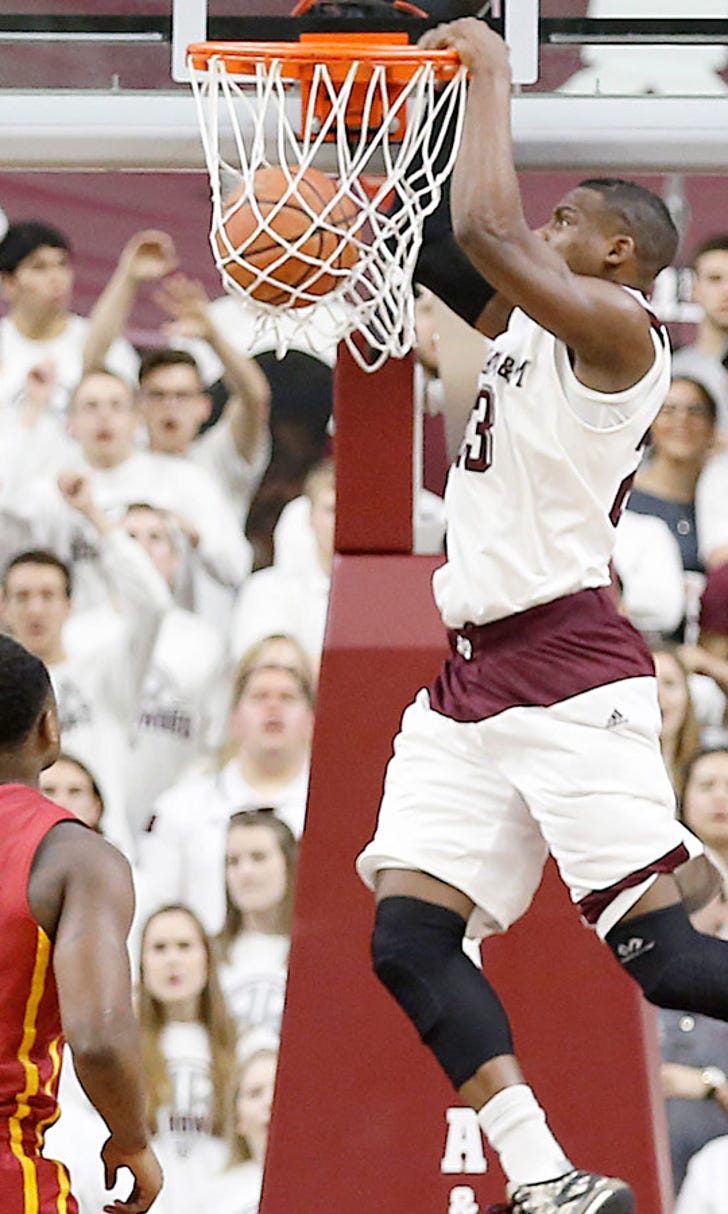 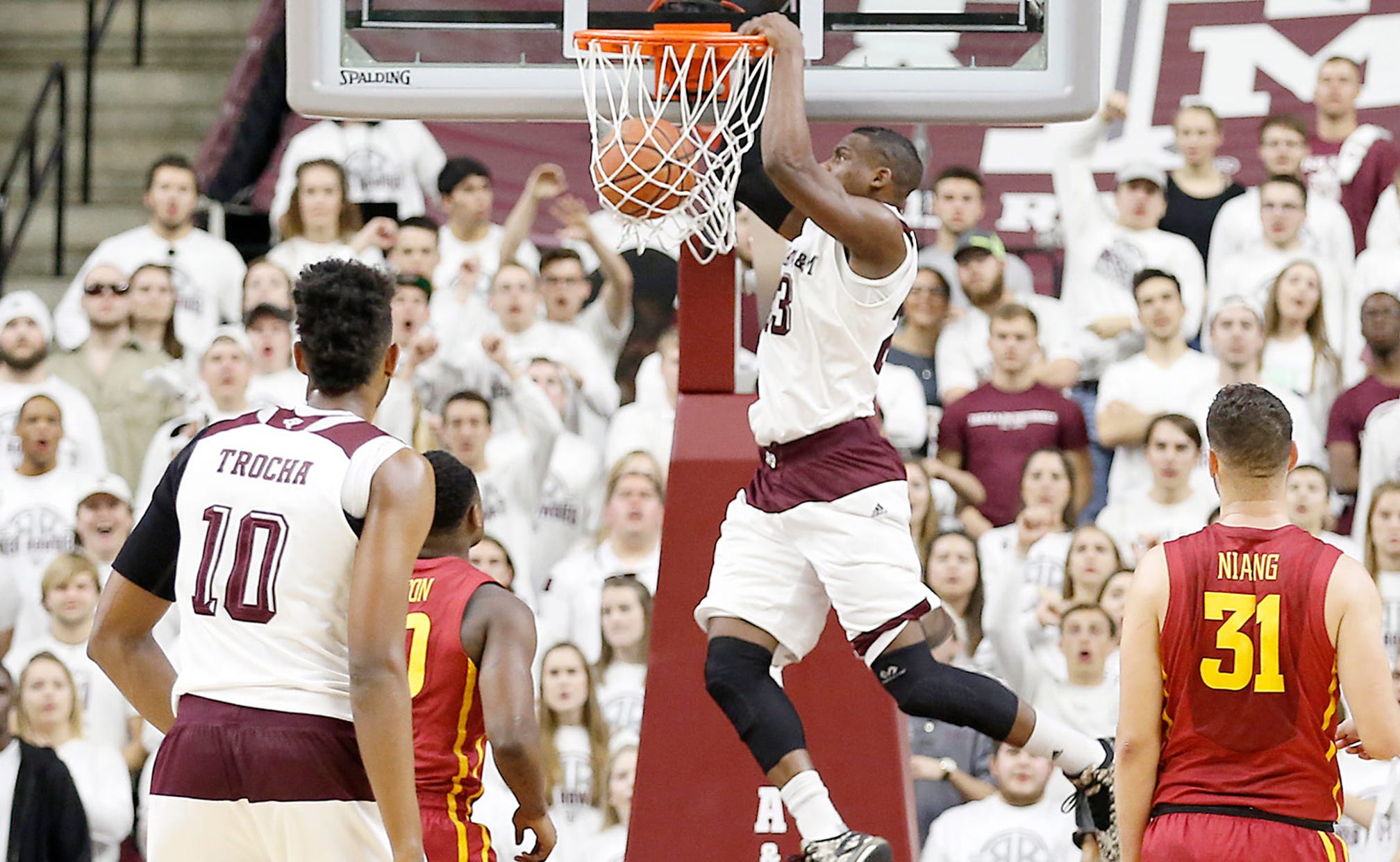 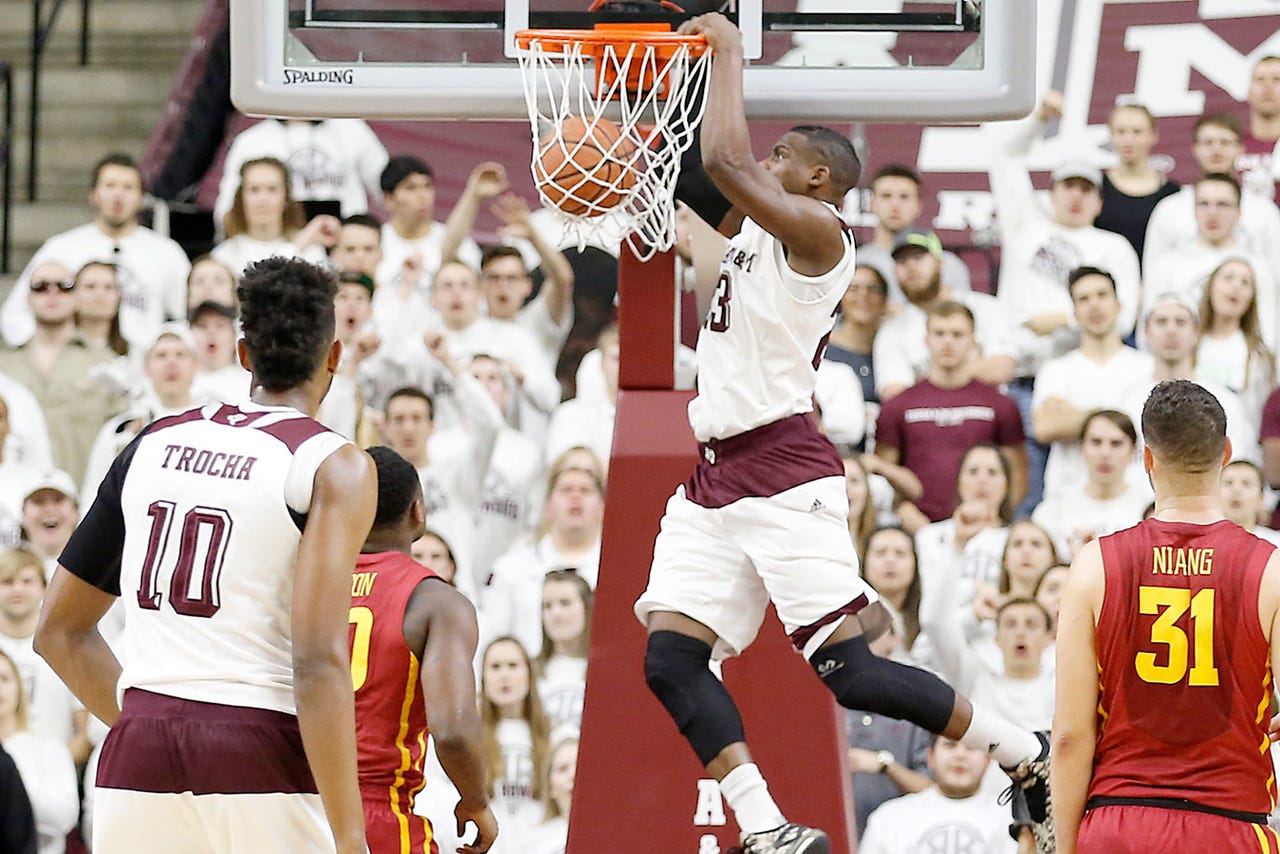 Texas A&M senior Danuel House iced a 72-62 win over No. 14 Iowa State with an emphatic dagger.

The Aggies, ranked No. 5 in this week's Associated Press poll, led 65-60 with less than a minute to go when House came off a curl before rising up and finishing through contact made by Iowa State's Deonte Burton.

House would go to the free throw line to complete the old-fashion 3-point play. House's fifth dunk of the game would come in the closing seconds on a breakaway.

Texas A&M's Big12/SEC Challenge wins comes on the heels of an upset loss at Arkansas on Wednesday night, which snapped a 10-game winning streak.

Iowa State led 58-56 with 4:36 remaining, but ended the game on a drought, going 1-from-6 from the field. In their past four games, the Cyclones have faced three top-5 teams, previously defeating both Oklahoma and Kansas at home.