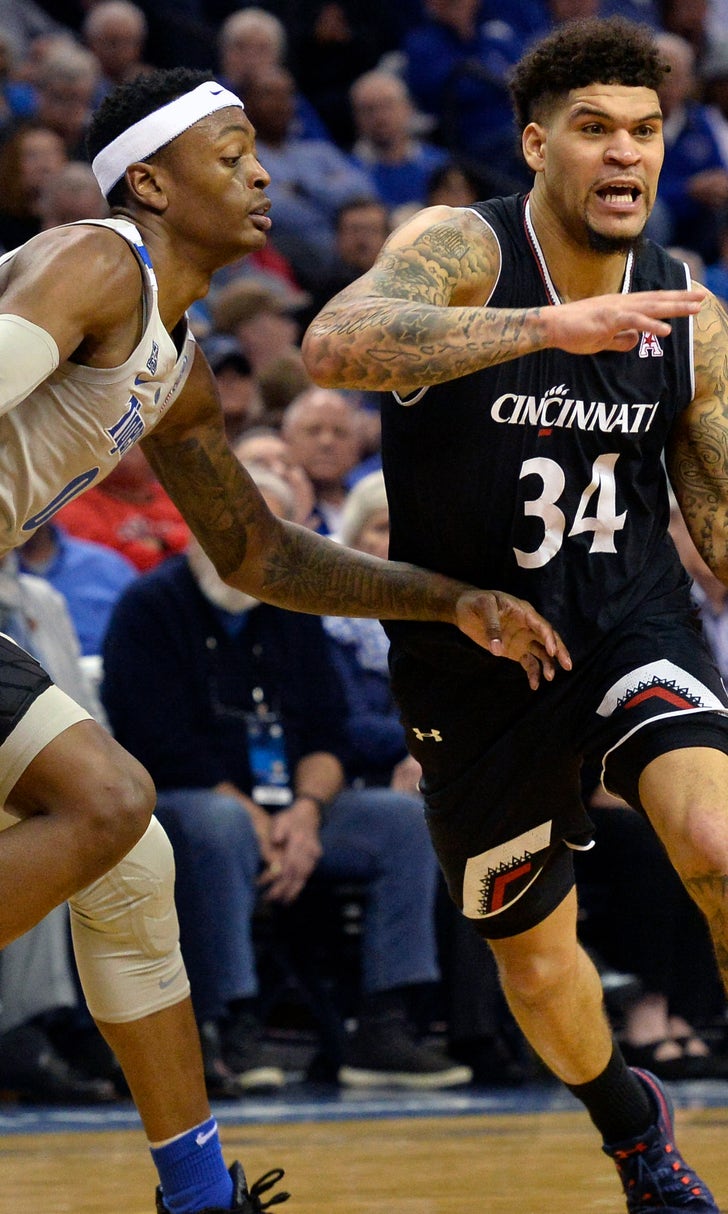 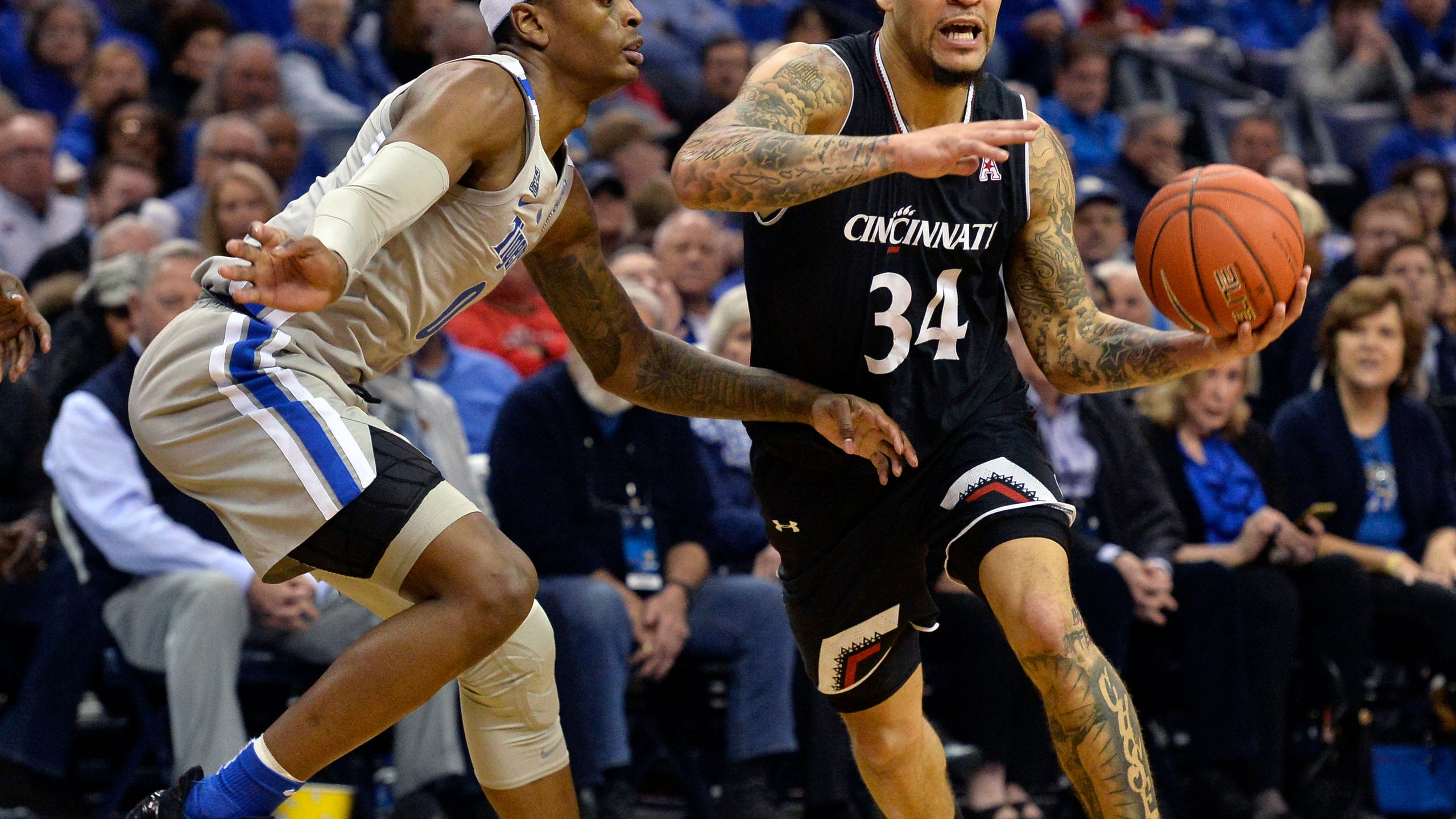 Cumberland scores 17 to lead No. 25 Cincinnati past Memphis

MEMPHIS, Tenn. (AP) — In the end, Cincinnati's toughness — and leading scorer Jarron Cumberland recovering from a poor shooting night — helped the No. 25 Bearcats extend their winning streak to eight games.

Cumberland scored 17 points and keyed a late rally as the Bearcats defeated Memphis 69-64 on Thursday night.

"We weren't able to get it done," Memphis coach Penny Hardaway said, adding: "They were down in the second half, and they kept fighting and scrapping like we knew they would and we didn't meet the challenge."

Justin Jenifer scored 14 and Tre Scott finished with 13 points and nine rebounds as Cincinnati (20-3, 9-1 American Athletic Conference), which moved into the Top 25 this week, used a second-half rally to overcome a double-digit deficit.

"We didn't come in not locked in and not focused, but we needed to pick up the pace," Jenifer said. ".That was the main piece to our win today, was our defense."

The Bearcats struggled with poor shooting and the pace of the game early. The Memphis lead reached 11 early in the second half before Cincinnati found its rhythm and began chipping into the advantage.

"We're still learning how hard you have to play to win a game like this," Cincinnati coach Mick Cronin said. "We played harder as the game went on."

That change in momentum came in the second half. Cincinnati struggled in the first, making only one of its last 15 shots in the half. That helped Memphis build a 35-29 lead at the break.

The lead would stretch to 11 early in the second half and Memphis still was up 44-34 with about 15 minutes to go. That was when Cincinnati began chipping away at the lead. A 12-2 run fueled by a defense that forced four Memphis turnovers, brought the Bearcats even at 46-all near the midway point of the second.

After the lead swayed back and forth, Cumberland, who struggled earlier, made the difference.

Memphis had pulled within 58-55 with 2 ½ minutes left, when Cumberland scored the next nine Bearcat points to provide a buffer Memphis couldn't overcome in the closing minute.

"It helps to have a great player to put the ball in the basket late in games," Cronin said. "Jarron Cumberland is a great player."

Martin, who had 41 second-half points in the Tigers loss at South Florida last weekend, tried to keep pace with Cumberland, scoring eight points down the stretch, but it wasn't enough for the Tigers to avoid their third-straight loss.

And Hardaway again, pointed to the difference in toughness at the end - Cincinnati had it; his team didn't.

"It's hard to do," Hardaway said when asked how to develop tougher players. "You've kind of got to have it in you. That's a product of what (the Bearcats) do. They recruit those guys."

He added that Cronin is in his 13th season as Cincinnati coach. "He's kind of found his system and his rhythm on players. As far as our players, there's no way you can put toughness inside someone. You just have to go out there and battle."

Cincinnati: The Bearcats survived a poor shooting night (39.7 percent) to keep their winning streak alive and secure their national ranking. Cincinnati won the boards 38-32, including 14 from the offensive glass, leading to 12 second-chance points.

Memphis: The Tigers, who have played well at home this year, got off to a fast start and stayed close even during the second-half Cincinnati rally. They had controlled Cumberland until the game's latter stages, but couldn't stop him in the final minutes.