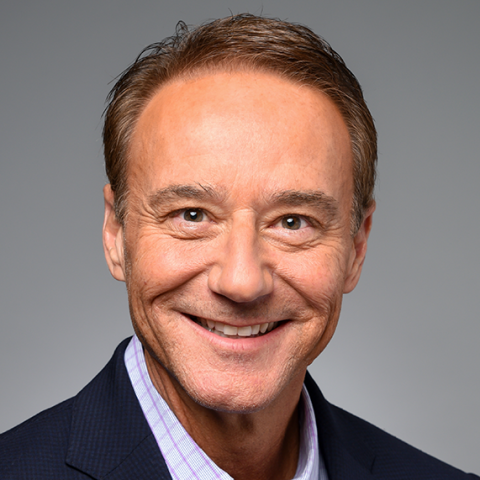 Welch joined FOX NASCAR in 2015 as a NASCAR XFINITY SERIES and NASCAR CUP SERIES pit reporter, also serving as play-by-play announcer for select Truck Series races. He previously worked for the FOX Sports family as a pit reporter for Indy Racing League telecasts on FOX Sports Net. Welch also served in the same capacity for ESPN and ABC in the NASCAR CUP SERIES and NASCAR XFINITY SERIES beginning in 2008, and the IndyCar Series beginning in 2000 for the networks.

The Indiana native covered the IndyCar Series on television or radio from its inception in 1996 through the conclusion of the 2014 season. In addition, Welch called play-by-play for select FOX College Basketball games in 2015, a role which expanded significantly for the 2016 basketball season. He also has covered the sidelines for ESPN’s college football coverage. Welch, a broadcasting veteran of more than 30 years, formerly served as the sports director for WIBC Radio in Indianapolis.

He embarked on his professional broadcasting career in 1986 at a Richmond, Ind., radio station, seguing to television in 1990 at WISH-TV, the CBS affiliate in Indianapolis, as a sports anchor/reporter. After more than five years at WISH-TV, Welch joined WNDY-TV, an independent station focusing on live sports coverage in Indianapolis. He served as play-by-play announcer for football, basketball, baseball and tennis, earning a regional Emmy Award in 1992 for sports programming. In 1999, he moved to WIBC, where he broke one of the state’s biggest sports stories ever — the 2000 firing of Indiana University basketball coach Bob Knight.

Welch’s live motor sports broadcasting career began in 1996 as pit reporter and turn announcer for the Indianapolis Motor Speedway Radio Network for its coverage of the Indianapolis 500 and Brickyard 400, in addition to Indy Racing League races at other venues. He joined the motor sports television broadcasting world in 1999 as pit reporter for Indy Racing League telecasts on FOX Sports Net and TNN. When the series returned to ESPN in late 1999, Welch continued in the same capacity with the network.

Welch was the longtime play-by-play voice for the Ball State University Sports Network, which broadcasts BSU basketball throughout the Midwest, through the conclusion of the 2014 season. A native of Indianapolis, Welch graduated from Ball State University with a degree in Telecommunications. He resides in Carmel, Ind., with his wife and three children. You may follow him on Twitter at @VinceWelch.