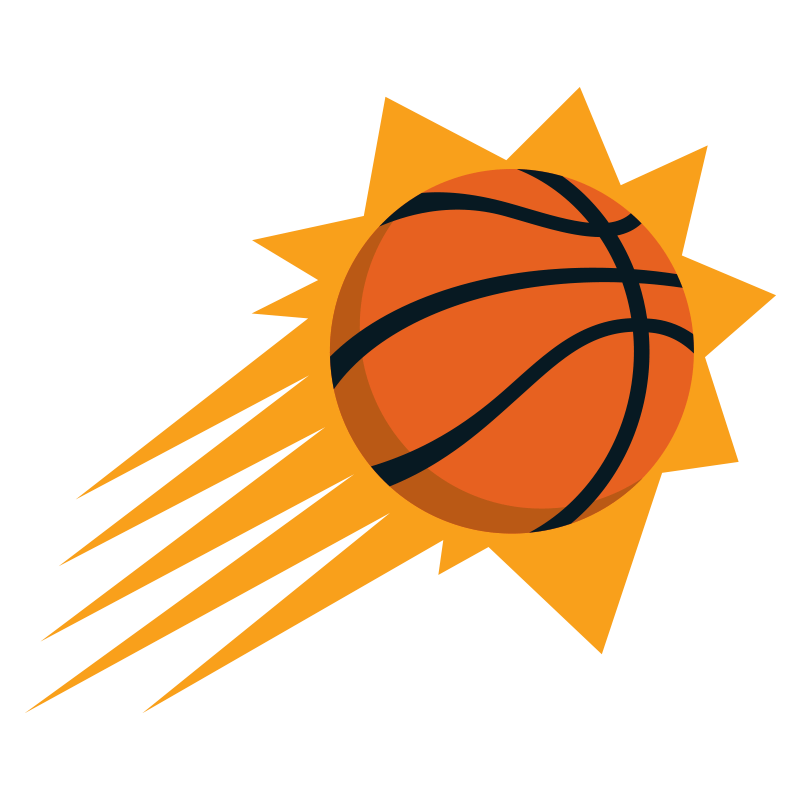 Kelly Oubre PHX
Rotowire: Jul 06, 5:08p ET
News: The Suns have not officially ruled Oubre out for when play resumes in Orlando, Duane Rankin of the Arizona Republic reports.
Impact: Last month, it was reported that Oubre would miss the remainder of the season while recovering from a torn right meniscus. But during an interview Monday, Suns GM James Jones left the door open for the wing to return to action at some point in Orlando. "Kelly's been here, he's been rehabbing and so my expectations for him are the same as every other player, come in every day, practice with the team, work and compete and get yourself in a position to play and hopefully that's before Orlando ends," Jones said.

Cameron Payne PHX
Rotowire: Jun 30, 7:12p ET
News: Payne agreed Tuesday with the Suns on a one-year contract that includes a lightly guaranteed team option for 2021-22, Shams Charania of The Athletic reports.
Impact: Payne hasn't seen any NBA minutes this season, but he was excellent in the G League with the Texas Legends, averaging 23.2 points, 7.3 assists, 4.7 rebounds and 2.9 combined steals/blocks per game. He likely won't see much action with a Phoenix squad that's already deep at point guard, but he could end up seeing regular run off the bench if the Suns fall out of playoff contention quickly.

Kelly Oubre PHX
Rotowire: Jun 17, 4:04p ET
News: Oubre (knee) will miss the resumption of the season to continue rehabbing, Shams Charania of The Athletic reports.
Impact: Earlier in the month, there were reports that indicated Oubre would likely play in Orlando. Things have seemingly changed, however, and he will prioritize his rehab. In Oubre's absence, Mikal Bridges, Cam Johnson and Dario Saric could see increased roles.

Kelly Oubre PHX
Rotowire: Jun 06, 10:50a ET
News: Oubre (knee) is expected to be fully recovered from a torn right meniscus and available for the Suns when the season returns in Orlando on July 31, Kellan Olson of ArizonaSports.com reports.
Impact: Oubre tore his right meniscus in late February and subsequently underwent successful surgery. He has been able to rehab at home during quarantine and has apparently not suffered any setbacks. The 24-year-old was second on the Suns in minutes played (34.5), so a return to the rotation would certainly make a significant impact. He also averaged 18.7 points, 6.4 rebounds and 1.3 steals per game before going down. The Suns have teams ahead of them to jump for the two potential play-in spots after eight games.

Frank Kaminsky PHX
Rotowire: May 21, 1:59p ET
News: Kaminsky (kneecap) is fully healed and will be able to play once the NBA season resumes, Gina Mizell of The Athletic reports.
Impact: It seemed like Kaminsky was nearly ready to return when the season suspended. With the added time off, he'll be good to go once the league is back in action. Before getting hurt, Kaminsky was in the midst of a solid season, averaging 11.0 points and a career-high 4.9 rebounds across 22.4 minutes per game.

Devin Booker PHX
Rotowire: Apr 19, 4:35p ET
News: Suns coach Monty Williams said Thursday that he wants to explore using Booker (hip) at point guard more when the NBA season resumes, Kellan Olson of ArizonaSports.com reports.
Impact: Ricky Rubio's arrival in Phoenix this season has limited Booker to almost exclusively to an off-ball role, with the 23-year-old having logged just one percent of his minutes at point guard in 2019-20 compared to 15 percent in 2018-19 and five percent in 2017-18, per Basketball-Reference. In order to open up more time for Booker to initiate the offense, Williams may have to get creative in staggering minutes between Rubio and Booker. Any minor uptick in minutes on the ball could translate into an uptick in usage for Booker, whose 29.1 percent rate for the season is his lowest since 2017-18.

Kelly Oubre PHX
Rotowire: Apr 16, 3:19p ET
News: Oubre (knee) is "though the healing process" of his surgery, Duane Rankin of The Arizona Republic reports.
Impact: Oubre hasn't been able to step on the court to test his knee due to coronavirus concerns, but it's a good sign that he's ready to take that step. All signs are pointing toward Oubre being ready for the Suns' 2020 training camp.

Frank Kaminsky PHX
Rotowire: Apr 16, 3:15p ET
News: Kaminsky (kneecap) is "through the healing process" of his injury, Duane Rankin of The Arizona Republic reports.
Impact: The next step for Kaminsky will be to get on the court and do basketball-related workouts. However, that's not easily accessible at this point due to coronavirus concerns. Regardless, it's a good sign that Kaminsky is ready for that step of his rehab.

Kelly Oubre PHX
Rotowire: Apr 13, 3:22p ET
News: Oubre (knee) indicated that he's continuing to make progress in his recovery from surgery to repair a torn meniscus while conducting his rehab at home, Mike Mazzeo of Yahoo Sports reports. "I've just been staying on top of myself and pushing myself and doing everything [team trainers are] telling me to do to the best of my abilities," Oubre said. "So I've been having to be my own trainer throughout this whole thing, but that's how it goes."
Impact: Oubre had been sidelined for seven games following the procedure before the NBA suspended its season March 12. The swingman likely wouldn't have been ready to return to the court had the season concluded in mid-April as originally scheduled, but the league's ongoing suspension looks as though it could provide enough time for Oubre to recover from surgery and get himself in condition to play again in 2019-20. The Suns likely won't provide a formal update on Oubre's status until the team is allowed to reconvene for workouts.
Quick Links
Phoenix Suns Player News: Center