The Chiefs typically breeze through their midweek practice with little contact before ramping things up with their longest workout Thursday, and coach Andy Reid said afterward that fit perfectly with what Mahomes was able to do.

“He looked good,” Reid said. “He's in the protocol so there's only certain things he can do, but he took all the snaps and he feels good. So, I mean, we're just going to follow this protocol as close as we possibly can.”

There are five steps in the league's return-to-play protocol: rest until signs and symptoms return to baseline clearance to begin cardio; stretching and balance training with medical oversight; an increase in exercises that includes monitored strength training; the resumption of non-contact football activities; and finally, the player is cleared by team physicians and passes an independent neurological exam, at which point he is cleared to practice and play.

Reid didn't specify which step Mahomes was in Wednesday, but the work he described coincides with the fourth step. If all goes well, that could mean the Chiefs' quarterback is cleared to participate more fully in practice Thursday or Friday.

“He's done well up to this point and they just progress you through the day,” Reid said, “so today was limited work and no contact, I think was the schedule for today. And that's kind of what we're doing on Wednesday, so it fit perfectly with that.”

Mahomes was hurt in the third quarter of last Sunday's 22-17 victory over the Cleveland Browns when he was tackled around the neck while keeping the ball on a quarterback option. His head did not appear to strike the ground hard — if at all — and that led to reports that he had tweaked a nerve that runs up the neck.

Chad Henne finished the game and would be the starter if Mahomes was unable to play against the Bills.

“It's definitely not the easiest if you don't get the reps during the week,” Henne said, “but mentally you have to stay in it. When Patrick was in last week, during every practice, Matt (Moore) and I are in the back doing our drops, our progressions. That doesn't change. After practice we get the throws we need that Patrick took and we go about our business.”

The return of Mahomes was only the start of the positive injury news for Kansas City.

Defensive back Bashaud Breeland, who also left the Browns game with a concussion, got in some limited work as the Chiefs moved practice from outdoors inside because of gusty winds.

The availability of their No. 1 cornerback is important with Bills quarterback Josh Allen riding a hot streak and All-Pro wide receiver Stefon Diggs coming to town.

Running back Clyde Edwards-Helaire and wide receiver Sammy Watkins also practiced Wednesday, which means the Chiefs could have a full complement of playmakers regardless of their quarterback for the first time in weeks.

Edwards-Helaire, who was fourth among rookies with 1,100 yards from scrimmage this season, sustained a high-ankle sprain in Week 15 against New Orleans and missed the final two games of the regular season. He returned to practice last Wednesday but was held out the next two days, and he was inactive for the Chiefs' playoff game against Cleveland.

The injury-prone Watkins hurt his calf muscle in Week 15 against Atlanta. He sat out the regular-season finale and did not practice last week, joining Edwards-Helaire on the inactive list for the Browns.

“It'll be good to have both of those guys back,” Chiefs wide receiver Mecole Hardman said. “Hopefully they can play with us and take the necessary steps to be fully healthy or healthy enough to get some production from them.”

NOTES: The only player who did not practice in some capacity Wednesday was linebacker Willie Gay Jr. He's been out with a sprained ankle. ... Diggs isn't the only All-Pro wide receiver on the field Sunday, and Chiefs counterpart Tyreek Hill was sure to make everyone remember it. He continually referenced a dig by Jalen Ramsey from a couple of years ago, when the Jaguars cornerback made it a point to say Hill had been voted an All-Pro as a return specialist as a rookie. “(Diggs) is one of the top receivers in the game and I really respect him,” Hill said, “so we just got to see who has the better game, him or (Travis) Kelce, but I'm still just a return specialist.”

Buffalo Bills
share story
Lonzo Ball vs. LaMelo Ball: Who will have the better career? 'Undisputed' debates Which Ball brother will have a better career in the end: Lonzo or LaMelo? Skip and Shannon opened the debate on "Undisputed."
5 MINS AGO 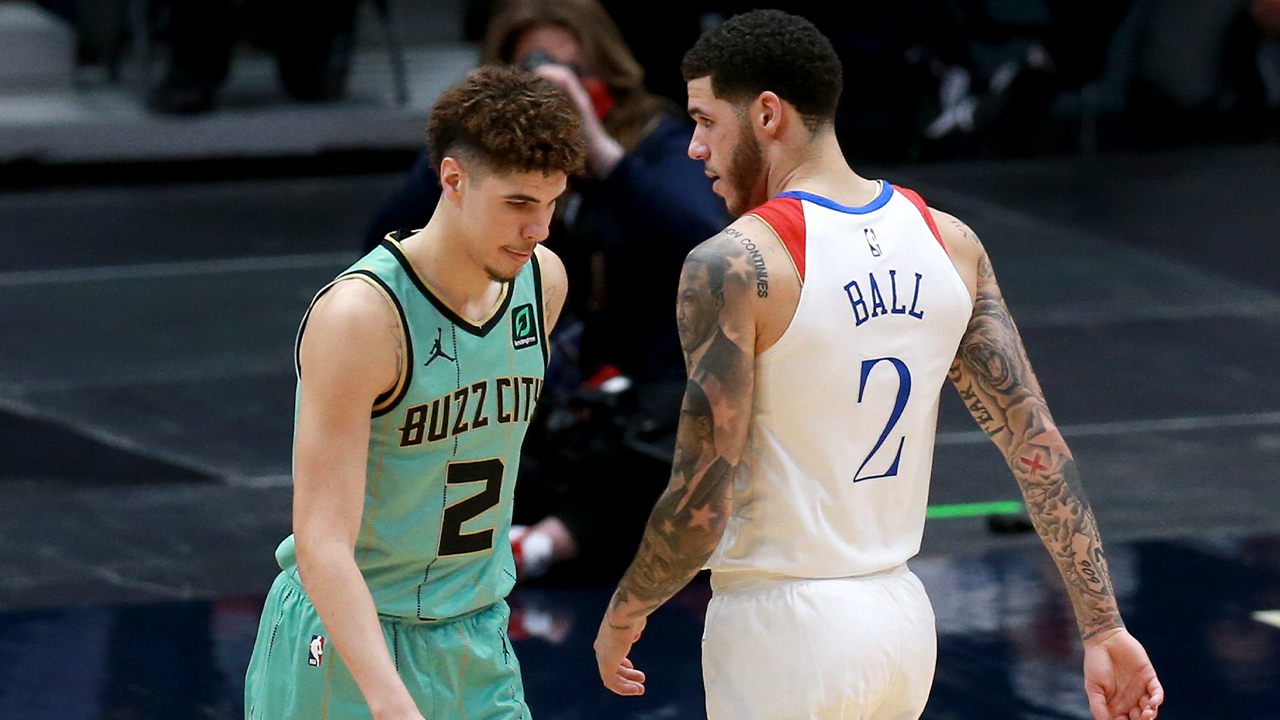