Jessica Eye tested positive for cannabinoids, according to Texas commission

There has been a week full of speculation and innuendo surrounding a positive drug test result returned for Jessica Eye following her fight against Sarah Kaufman at UFC 166 in Houston, Texas from October 2013.

Multiple very reliable commission sources had confirmed to Bloody Elbow that the test failure was a result of marijuana having been detected in the urine sample turned in by Eye, but there was no legitimate proof of this until now.

On Monday, FOX Sports received copies of the agreed order as handed down from the Texas Department of Licensing and Regulation minus the actual lab results from the tests due to the Medical Practice Act and Texas state law.

According to the order handed down from Texas, Eye tested positive for cannabinoids, which are described as ‘a group of terpenophenolic compounds present in Cannabis’ also known as marijuana.

The documentation states Eye provided two urine samples for testing and the test results from LabCorp ‘subsequently revealed that Eye tested positive for Cannabinoids’ in violation of the Texas code for athletes.  The resulting test thus gave the commission permission to overturn Eye’s win, which is now officially a no decision. 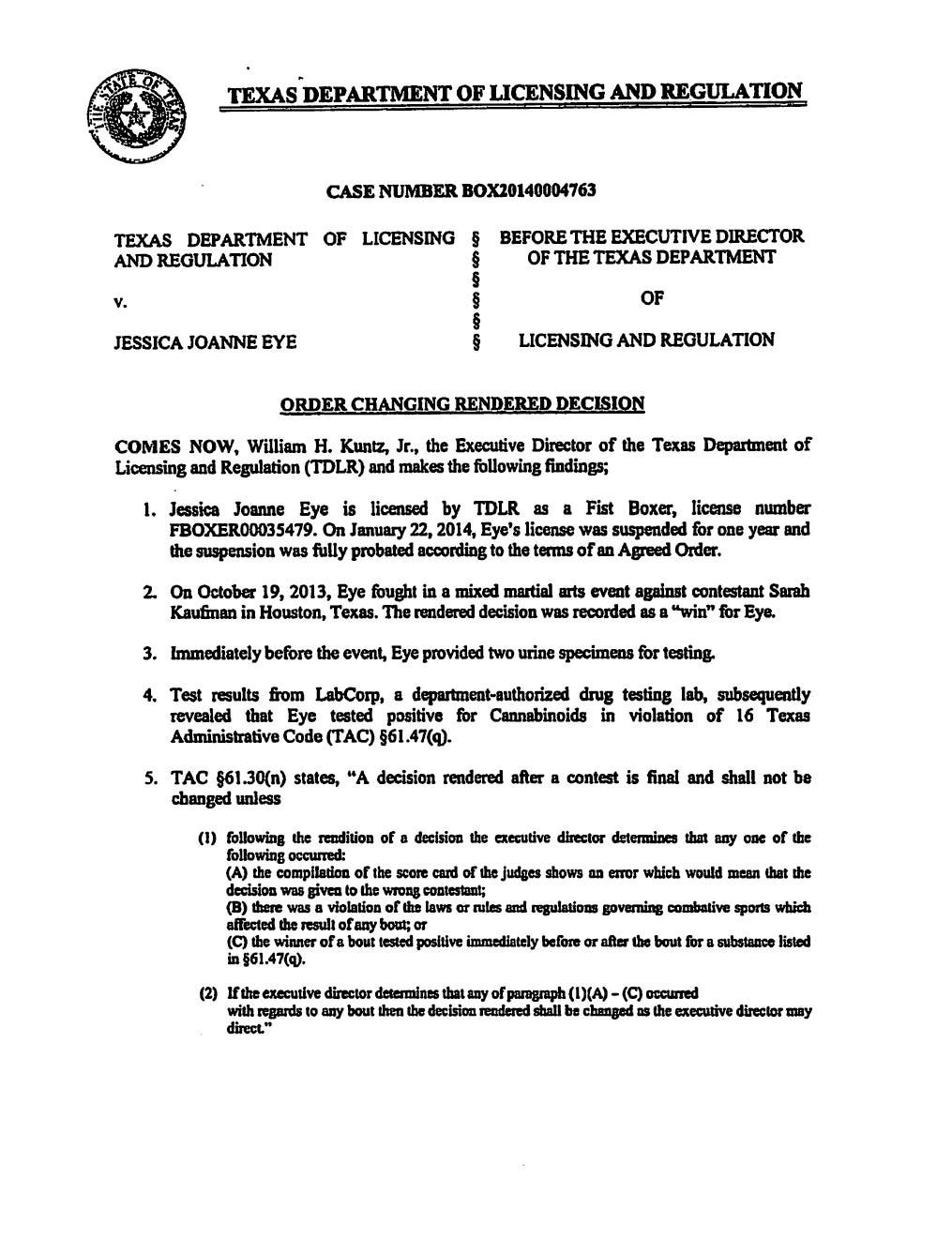 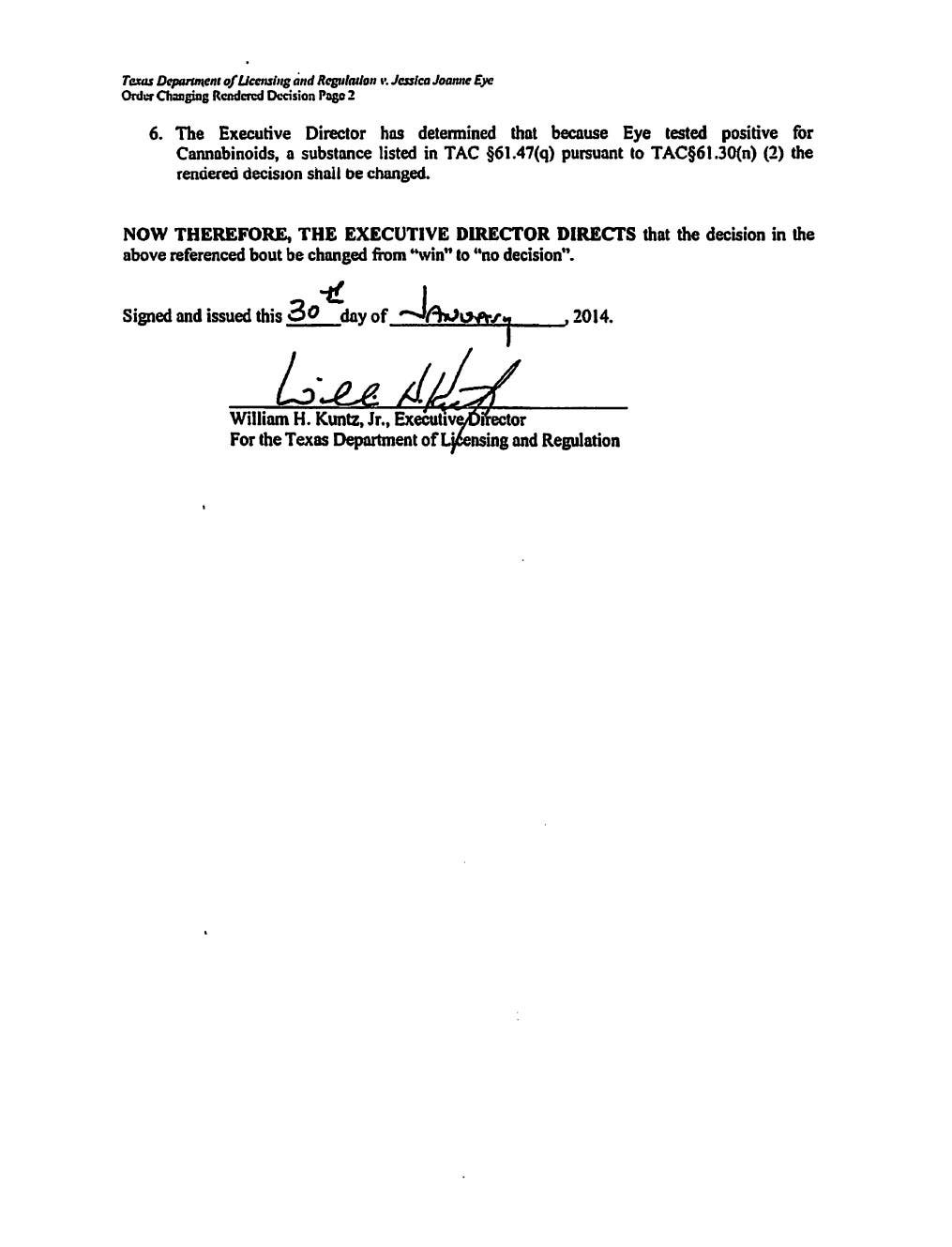 Eye provided the samples ‘on or about October 19, 2013’ for testing and the lab provided the results on October 31. The results ‘stated the respondent tested positive for Cannabinoids’ and it is listed as a class C violation in Texas.

The documentation also shows that Eye agreed to pay the fine of $1875, to be paid on seven monthly installments, while also accepting a one year fully probated suspension.  Eye was notified of the drug test results on November 26, 2013 and had 20 days to respond to the order and settlement agreement offered by the state of Texas.

As part of the amended agreement, Eye settled to pay the $1875 fine, the one year fully probated suspension and agreed to send notification of any upcoming bouts and drug test results to the Texas commission as part of her punishment.  If Eye failed to comply with any of these conditions, she would be in violation of the agreement and the probation would be lifted and she would face a six month suspension.

Eye signed and returned the documentation on Jan 15, 2014.

Due to the nature of the agreement, Eye did not face any actual suspension time that would have prevented her from competing in her upcoming fight at UFC 170 against Alexis Davis on Feb 22 in Las Vegas so long as she complies with the original order.

Eye stated in an interview with FOX Sports last week that she planned to appeal the decision to overturn her win against Kaufman at UFC 166, but according to these documents she agreed to the punishment handed down and waived her right to a hearing on the matter.

Eye did not respond to FOX Sports’ inquiries for comment.