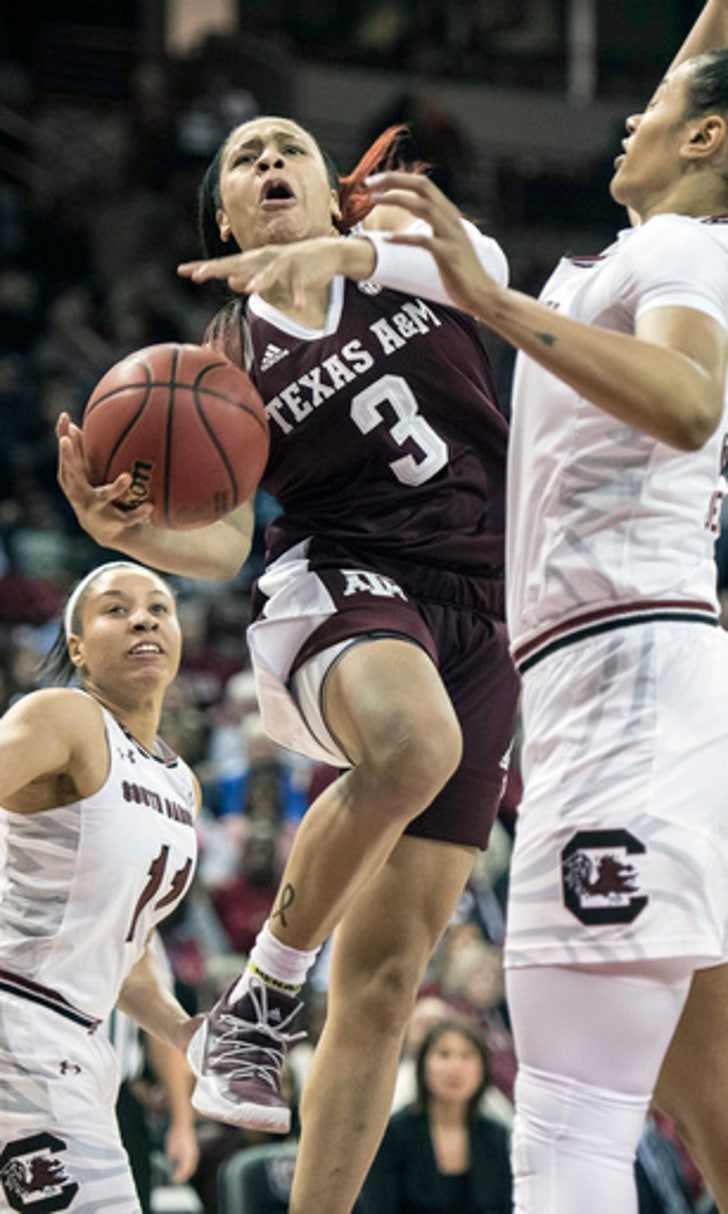 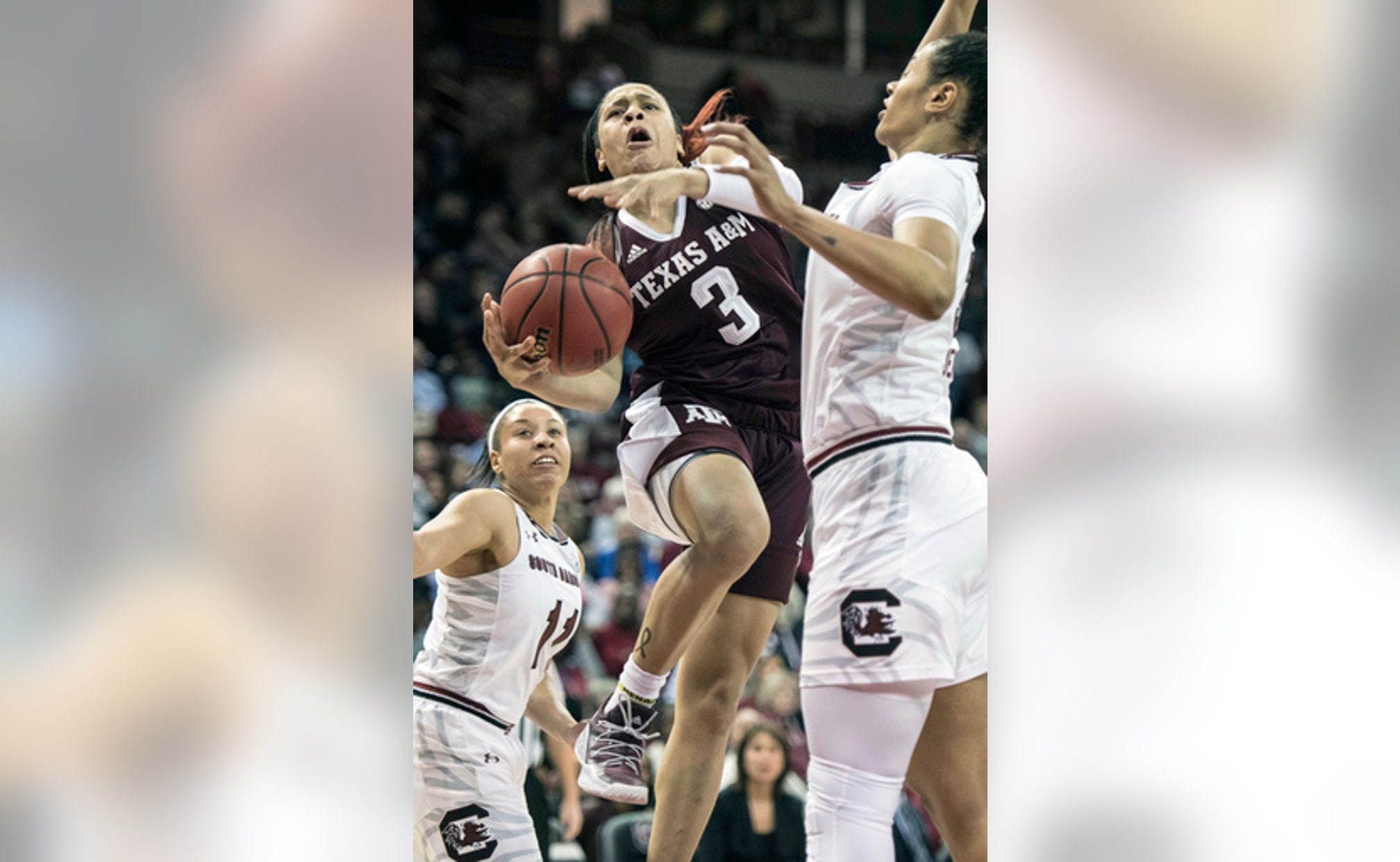 COLUMBIA, S.C. (AP) A'ja Wilson was not conceding anything, even with No. 4 South Carolina trailing by 11 points with 12 minutes to go.

The Gamecocks' 6-foot-5 senior told her teammates the game was far from over, despite No. 22 Texas A&M holding a 47-36 lead and stellar freshman Chennedy Carter on a third-quarter scoring tear.

''It's not a situation I was comfortable with,'' Wilson said of the double-digit deficit. ''But there was never a doubt.''

She proved that as the All-American led a fourth-quarter rally and hit the game-winning shot with 1.3 seconds left that lifted the Gamecocks to a drama-filled, 61-59 victory in the Southeastern Conference opener for both teams Sunday.

That included a couple of timely calls against the Aggies (11-4, 0-1 SEC) - a 10-second, timeline violation on one possession and a double-dribble call on Danni Williams as she tried to gather in the ball for a breakaway layup with 5 seconds left and the game tied at 59-all.

The Gamecocks followed with the inbounds to Wilson, who dribbled across the lane and banked home the winning bucket.

South Carolina coach Dawn Staley has ''got some work to do. She knows it,'' A&M coach Gary Blair said. ''She got away with one at home.''

Staley couldn't disagree, saying the double-dribble call was probably ''one of those Colonial Life Arena ghosts.''

No matter who, it capped a hard, hard challenge for the defending national champions.

Carter, who had an Aggies record 46 points against Southern Cal, finished with 36 - 19 in the third quarter - against the Gamecocks.

Texas A&M was not done. Williams' jumper with 1:05 to go gave the Aggies a final lead, 59-57, before Wilson tied things with a short jumper in the lane.

Doniyah Cliney had a career high 16 points and Wilson added 15 rebounds, four assists and three blocks as the Gamecocks won their fifth straight over Texas A&M.

Texas A&M: The Aggies have relied on Carter to make things happen this season. She pushed the issue early, forcing several missed shots as she tried to penetrate South Carolina's tall, long defenders. Carter was 6 of 18 in the opening half. The freshman will need to play under control if Texas A&M wants to compete in the SEC this season.

South Carolina guard Lindsey Spann, a graduate transfer from Penn State, returned to action after missing the past five games with a knee injury. Spann played 11 minutes and had a 3-pointer and a steal. Staley said Spann could've have played more, but they wanted to limit her time after not playing the past month.

UC Davis Aggies
share story
those were the latest stories
Want to see more?
View All Stories
Fox Sports™ and © 2020 Fox Media LLC and Fox Sports Interactive Media, LLC. All rights reserved. Use of this website (including any and all parts and components) constitutes your acceptance of these Terms of Use and Updated Privacy Policy. Advertising Choices. Do Not Sell my Personal Info