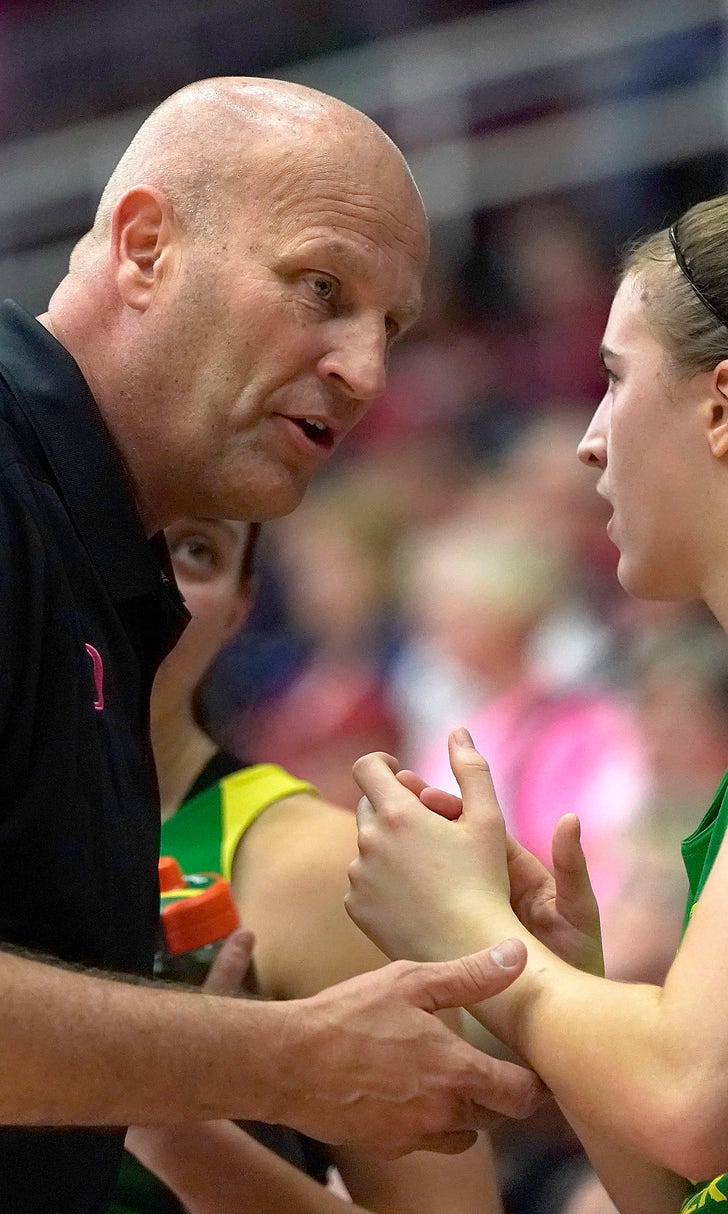 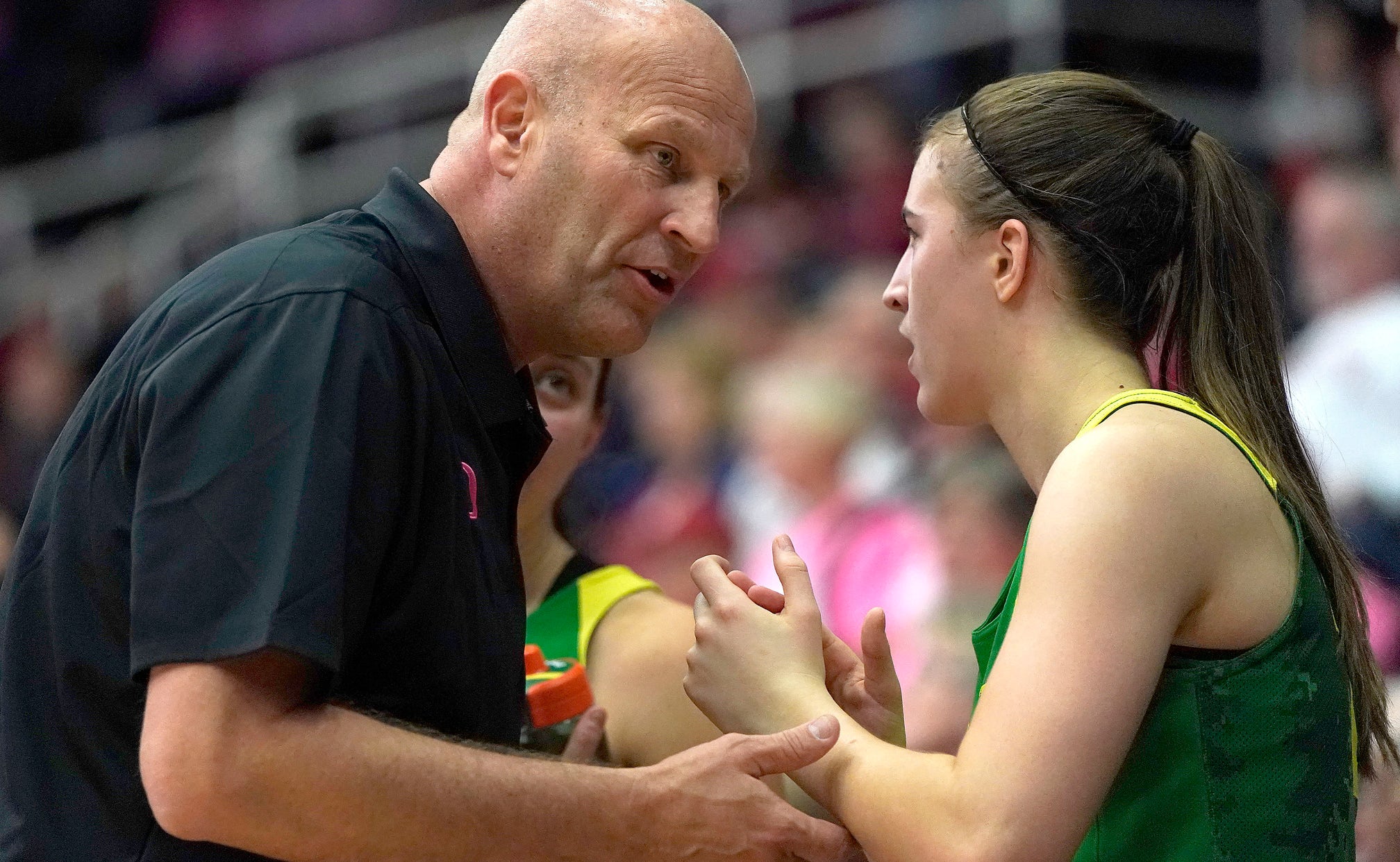 The Ducks hadn't won in Maples Pavilion since 1987. His current team created its own history Sunday, handing Stanford its worst loss in coach Tara VanDerveer's storied coaching career with the 88-48 win.

"I told everybody all week, 'This team has never lost to Stanford,'" Graves said. "What they've done in the years before these kids were born ... who cares? We don't talk about it. We talk about the game. And we didn't even talk about this game until yesterday."

"We're used to looking at the scoreboard with the numbers reversed," VanDerveer said. "We've had a lot of great games in this building and this was one of our worst."

The win was the third-ranked Ducks' 16th straight and gave them a two-game lead in the conference. It also ended Stanford's 22-game home winning streak.

Pingeton received a silly string shower from her team after the milestone win. She is second behind Texas A&M coach Gary Blair among active SEC coaches for wins. Blair has 783.

THINK PINK: It's been just over 10 years since Hall of Fame coach Kay Yow died after a 22-year fight against breast cancer. The women's basketball world honored Yow's legacy this past week sporting pink uniforms, socks, headbands, whistles and such. Teams raised money for the Kay Yow Cancer Fund .

Yow's vision to provide hope and extend the quality of life for cancer patients has resulted in more than $7.5 million being raised by the Kay Yow Cancer Fund since 2007 for advanced research and awareness programs focusing on women's cancers and helping the underserved.

BIG REVEAL: The NCAA selection committee will give a peek into their thinking for tournament seeding when the Top 16 teams will be revealed on Monday. The NCAA has given a glance the last few years at various points during the season at what the top four lines in the bracket would look like up until that point of the season. The committee will seed and put into regions the top 16 teams this year. They will have one more reveal before selection Monday.