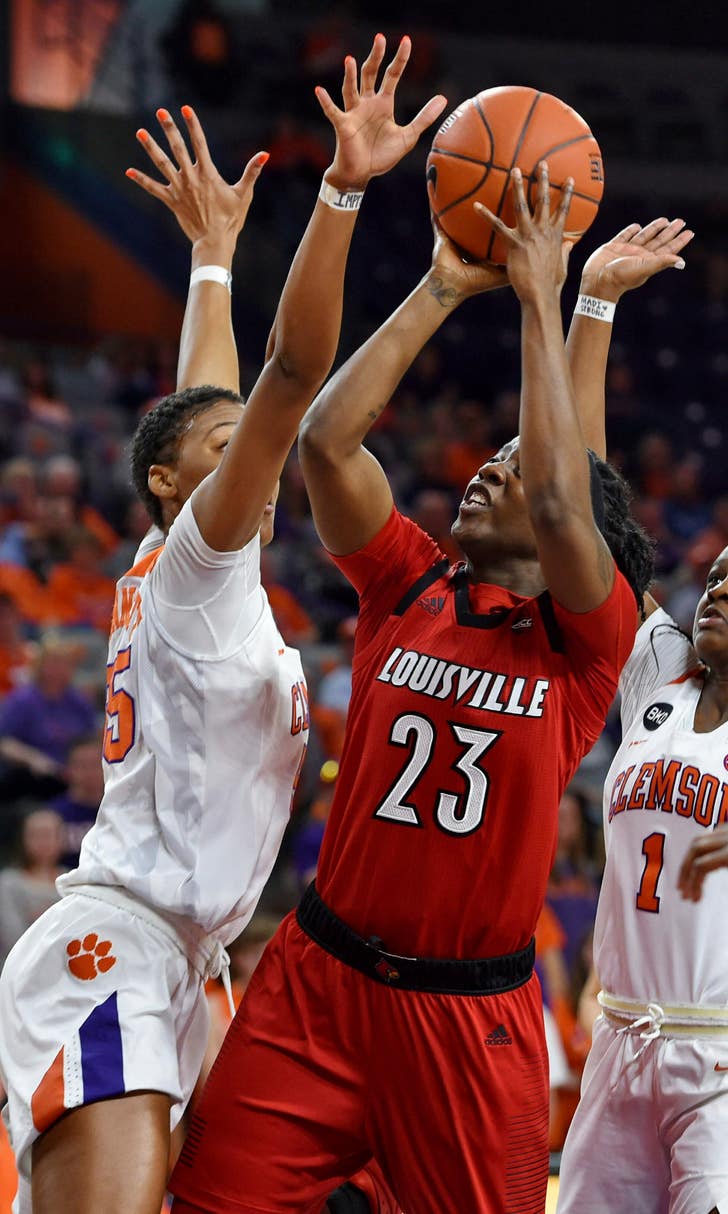 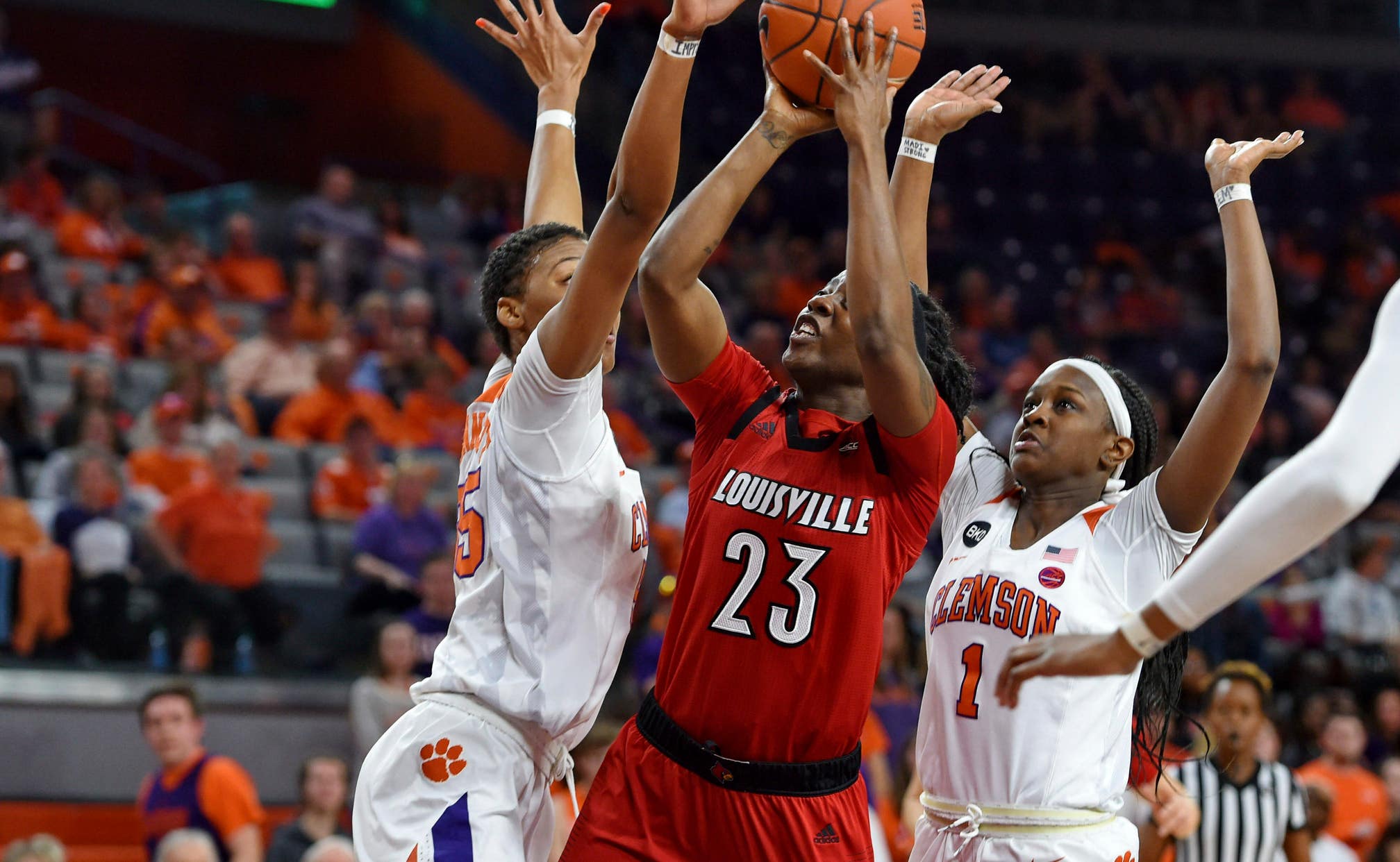 Jones leads No. 3 Louisville to 76-44 win over Clemson

CLEMSON, S.C. (AP) — Louisville coach Jeff Walz was pleased with how his players responded less than 48 hours after one of the biggest victories in program history. And he thinks it could mean even bigger wins down the road.

Jazmine Jones tied her career high with 17 points and the third-ranked Cardinals followed up their win over No. 2 UConn with a 76-44 victory at Clemson on Saturday.

Louisville (21-1, 8-1 Atlantic Coast Conference) barely had time to celebrate or savor the 78-69 win Thursday night over the Huskies before locking in on the Tigers. And after a sluggish opening half, the Cardinals used their size and skill to turn a close game into a runaway.

That focus Walz saw this week is essential for teams seeking championships.

"It's what you do in the NCAA Tournament, you play, one day off and play the next," Walz said. "So I was really pleased with how we responded and how we came out and competed."

That was most evident during a 32-6 run starting late in the second quarter and lasting into the final period as the Cardinals won their seventh straight this season and sixth in a row against Clemson.

Jones said the Cardinals knew they could not lay off the gas after the UConn victory or let emotions get in the way of improving.

"We knew we couldn't come in too high, then we come out here not caring, playing effortless and not taking care of business," Jones said. "But everybody was level-headed in the locker room and really focused on this team."

Jones matched the best output of her career, accomplished twice before, including in a victory over North Carolina. She made seven of nine shots and became the top offensive threat for Louisville with leading scorer Asia Durr struggling to find her shot.

Durr, who scored 24 points against UConn, was just 5 of 16 from the field for 12 points in this one. Not that it mattered much, as Clemson could not overcome Louisville's defensive pressure.

Clemson missed 19 straight shots during one stretch at the end of the second quarter and into the fourth as the Cardinals turned a tight game into a runaway.

The Tigers closed to 28-27 late in the second quarter on Tylar Bennett's basket. But Louisville began its decisive run by scoring the final seven points of the period. The surge continued into the third quarter as Louisville held Clemson to 0-for-12 shooting in that 10-minute stretch.

"I think there were some bright spots," Clemson coach Amanda Butler said. "We saw a lot of those areas, opportunity to improve and opportunity to grow."

Kobi Thornton led Clemson with nine points, none in the second half.

Dana Evans had 15 points for Louisville while Kylee Shook had a career-high 15 rebounds.

Louisville: The Cardinals have a chance to reach No. 1 in the next ranking, given their victory over UConn. They certainly showed a steadiness and ability to move on from success that should serve them well in the postseason.

Clemson: The Tigers had been one of the ACC's top surprises, winning five of their first six league games before losses in the past week to No. 7 North Carolina State, No. 5 Notre Dame and third-ranked Louisville.

Jones did not expect much attention when Louisville gets back to campus, despite beating UConn for the first time since 1993, which is more than three years before Jones was born. "I think it's pretty much in the past now," she said.

Jones believes Louisville fans, like the team, are focused on having success in the postseason.

Clemson had a week like few others in its women's basketball history. The Tigers lost to three top-10 opponents in the space of a week. It started last Sunday with a 54-51 defeat at No. 7 North Carolina State and continued Thursday night with a 101-63 loss to No. 5 Notre Dame. Saturday's game with Louisville ended the difficult stretch. "Now, we need a couple of days to rest," Butler said.