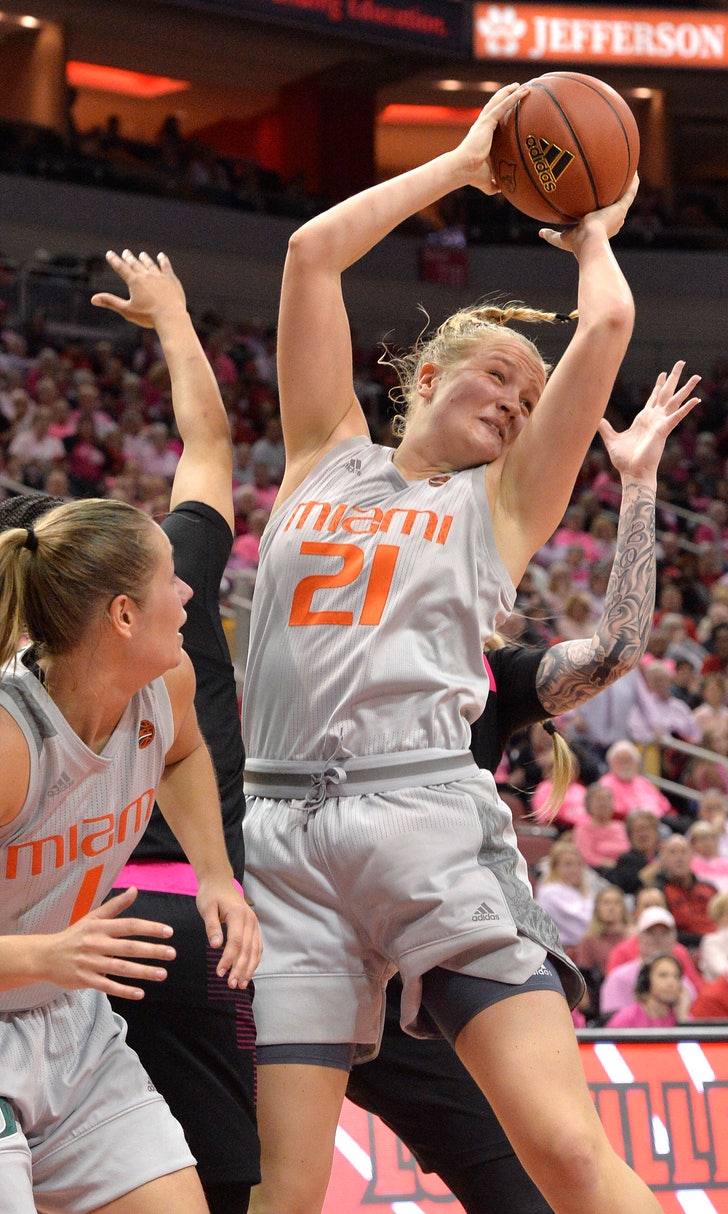 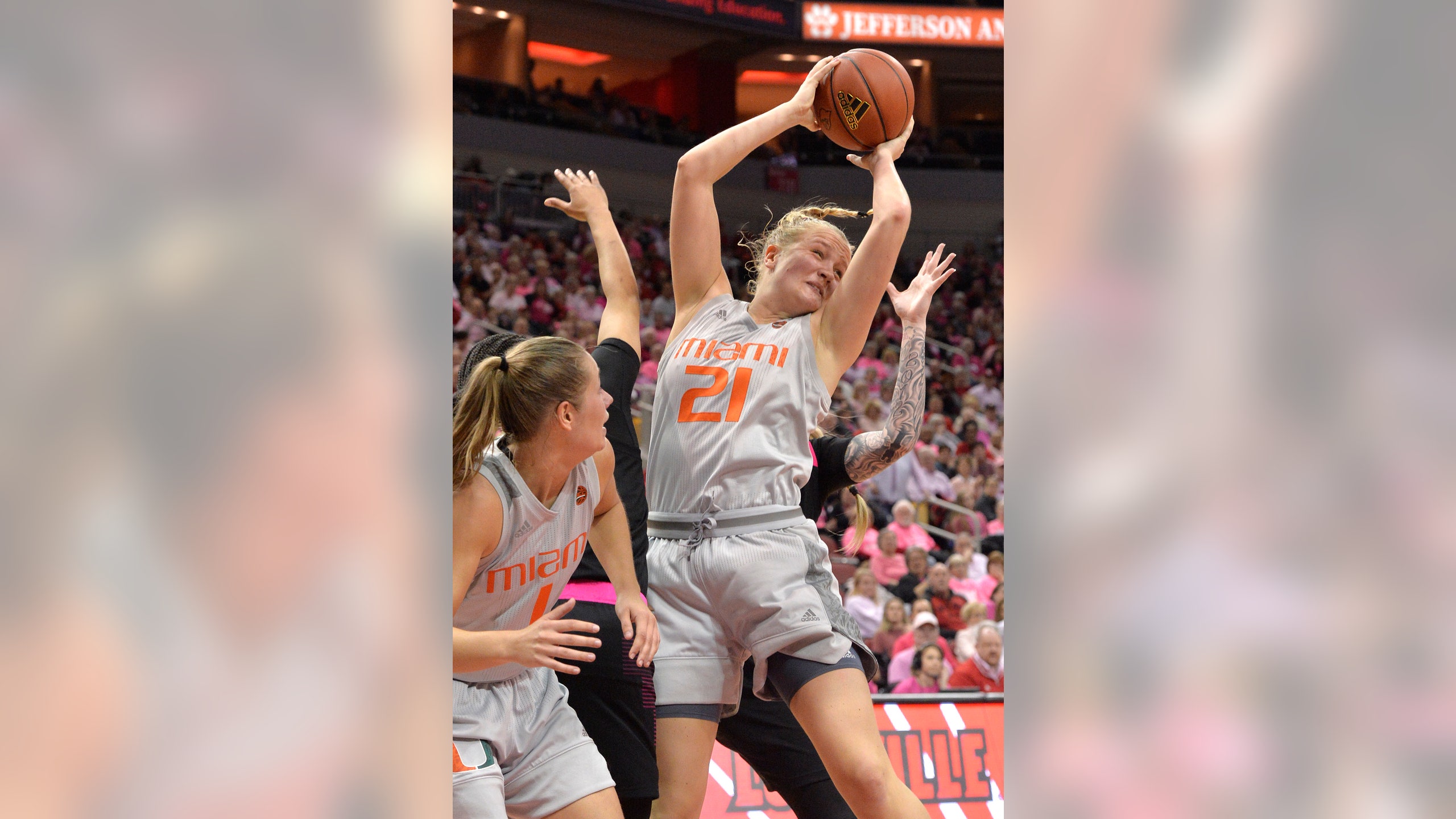 LOUISVILLE, Ky. (AP) — Emese Hof and No. 20 Miami think they can play with anyone, and it shows.

Hof scored 18 of her 25 points in the second half to help the 20th-ranked Hurricanes rally for a 79-73 victory against No. 2 Louisville on Sunday.

Miami trailed by as many as 14 in the second quarter. The Hurricanes' fifth — and biggest — win over a ranked foe in six games this season also gave coach Katie Meier her 350th win in her 18-year career.

"After we beat Notre Dame at home, we were all happy and stuff, but we wanted more," said Hof, who added that the team treated the trip to Louisville as just another game.

The Cardinals had won nine in a row. They had been playing better defense of late before allowing Miami to shoot 55.1 percent (27 for 49) from the field.

"Defensively, we had a lot of breakdowns," Durr said. "Playing a team like this, who is really playing well right now, you don't want to have those breakdowns. It was a tough one for us, but we'll bounce back."

Louisville jumped out to a big lead, holding Miami to just 4-of-12 shooting in the first quarter and forcing six turnovers in the period. The Hurricanes recovered thanks to big finish by Hof, who leads the ACC in shooting at 60.8 percent.

Miami shot 66.7 percent in the second half. Hof made a tiebreaking layup with 1:27 left to give the Hurricanes their first lead since early in the game.

"She's just a grown woman on the basketball court, just taking care of business, and her team really rallied behind her," Meier said.

The Hurricanes should take a big jump in Monday's AP poll. Louisville will drop, although the Cardinals may still find themselves in the top five based on how they've played this season.

Miami: The Hurricanes are in the mix for the ACC title. But Meier is pumping the brakes on any title talk for now.

"There's nothing to dream about," she said. "You've got to win the next game. I'm really pleased where we are right now, and I think we've learned a lot of really tough lessons that brought us to this win. But we still have two losses we're still mad about."

Louisville: Coach Jeff Walz said a couple weeks ago that the game against the Hurricanes would be a difficult one for his team, and Miami proved him right. Louisville shot just 41.2 percent against the conference's third-toughest defense.

"They challenged our players who aren't great shooters to shoot," Walz said.

Miami travels to Virginia Tech on Thursday night for the last of three straight road games for the Hurricanes.

Louisville plays at Virginia on Thursday. The Cardinals beat the Cavaliers 91-43 on Jan. 17.