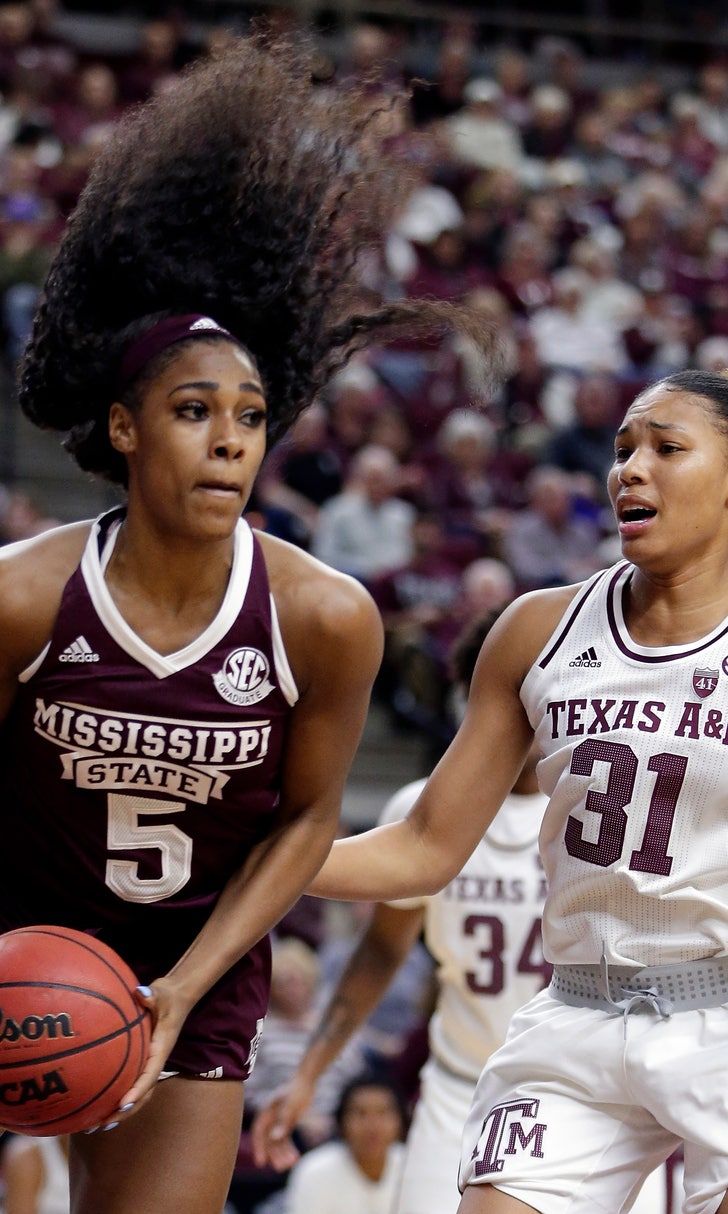 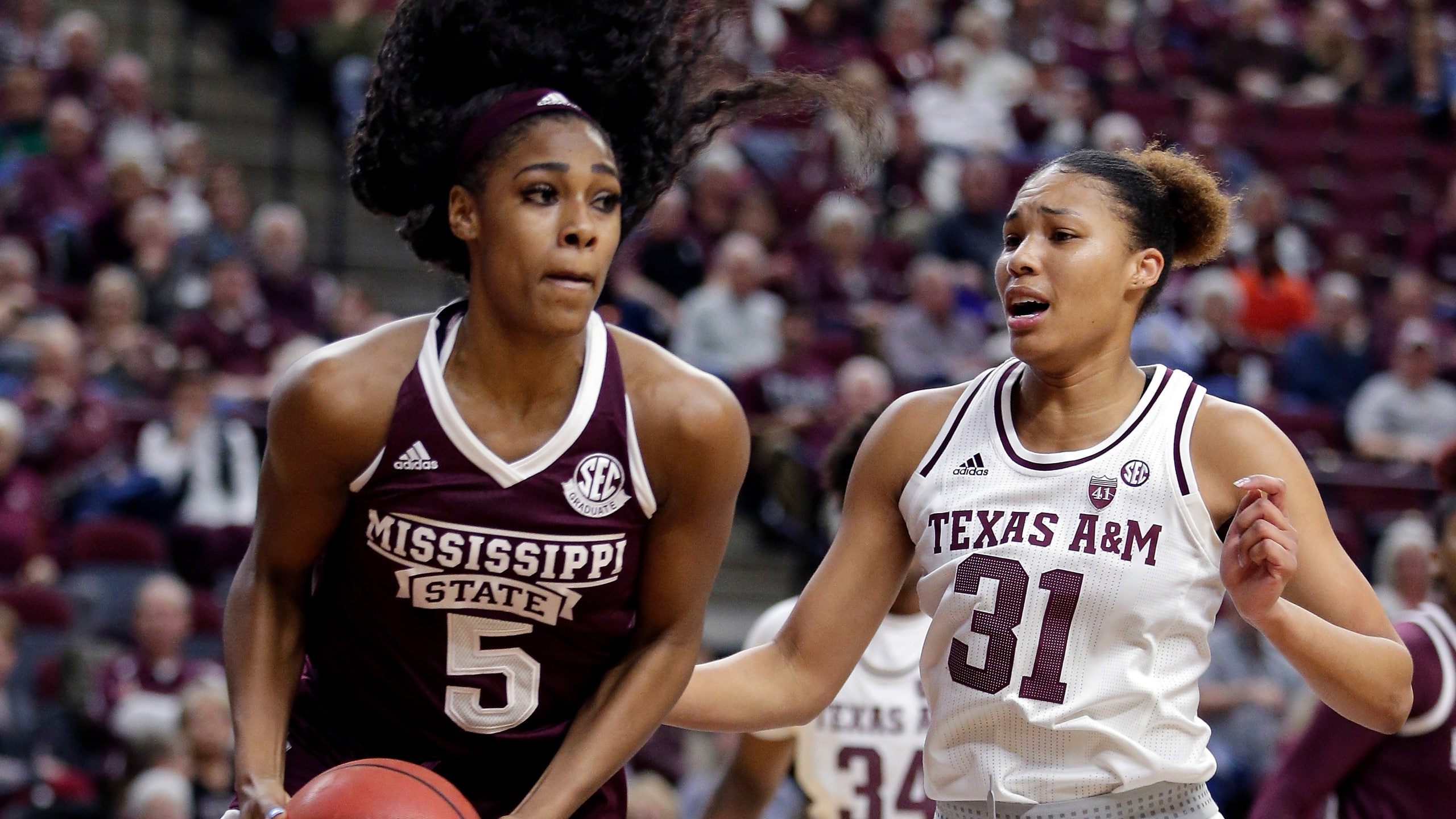 COLLEGE STATION, Texas (AP) — After a tough loss in Mississippi State's previous game, coach Vic Schaefer told his team it would be defined by how it responded on Sunday.

Andra Espinoza-Hunter set career highs with seven 3-pointers and 24 points as Mississippi State bounced back with a 92-64 win over No. 22 Texas A&M.

Mississippi State (23-2, 11-1 Southeastern Conference) used a big third-quarter run to get back on track after a loss to Missouri on Thursday night snapped a 12-game winning streak.

"I'm extremely proud of my team today," Schaefer said. "They responded today after obviously not playing well on Thursday. We needed to come in and play well."

Anriel Howard, who played her first three seasons at Texas A&M, added 19 points and tied a season high with 13 rebounds to help the Bulldogs to the victory.

"I've been looking forward to this game," Howard said. "It was good seeing the people I was with for three years that I'm still close with."

"We were always a step behind and Espinoza was very good," Texas A&M coach Gary Blair said.

Schaefer felt Espinoza-Hunter's big third quarter was a key to the win.

"It's so import to have that person on your team that can explode," he said. "You lose her, you're going to pay."

Teaira McCowan and Carter then received technical fouls when they jawed at each other after Carter fouled McCowan trying to block a shot. McCowan made both free throws before Carter made a basket on the other end to leave A&M down by 13.

Howard scored four quick points after that to make it 63-46 with about four minutes left in the third.

Carter had 28 points before fouling out with about 5 1/2 minutes left. Carter, who leads the SEC in scoring, had her 32nd straight game with at least 10 points and her eighth in a row with 15 or more. She is one of four sophomores in Texas A&M's starting five.

"I've got a bunch of sophomores and we need to grow up first as people and then we'll get better as a basketball team," Blair said.

The Aggies have lost two of their last three games after winning their previous seven.

Jordan Danberry added 16 points for Mississippi State, and McCowan had 12 points and 10 rebounds.

The Bulldogs led by 18 entering the fourth and two turnovers by Kayla Wells in the first minute of the quarter helped Mississippi State extend the lead to 74-52.

It's the most points Texas A&M has allowed this season. The Aggies were outscored 31-5 in second-chance points and 17-3 in points from reserves.

"They're relentless," Blair said. "They just go to the boards ... We were not blocking out."

Mississippi State: Espinoza-Hunter's hot outside shooting combined with the inside presence of McCowan will make the Bulldogs tough to deal with down the stretch.

Texas A&M: After turning around their season following an 0-2 start in conference play, the Aggies seemed to take a step back in the last two weeks and need to improve if they hope to finish the season strong.

The Bulldogs didn't get to their hotel until after 11 p.m. on Saturday night after being delayed for more than five hours because of problems with their plane.

Schaefer, who has coached for more than 30 years, planned to have a shoot-around at 7 a.m. on Sunday morning, but sent his team back to bed after seeing how exhausted several of the players looked after their 6 a.m. wakeup call.

He said it was the first time he had down that in his career.

"The extra two hours I think helped us," he said. "I thought our energy was tremendous."