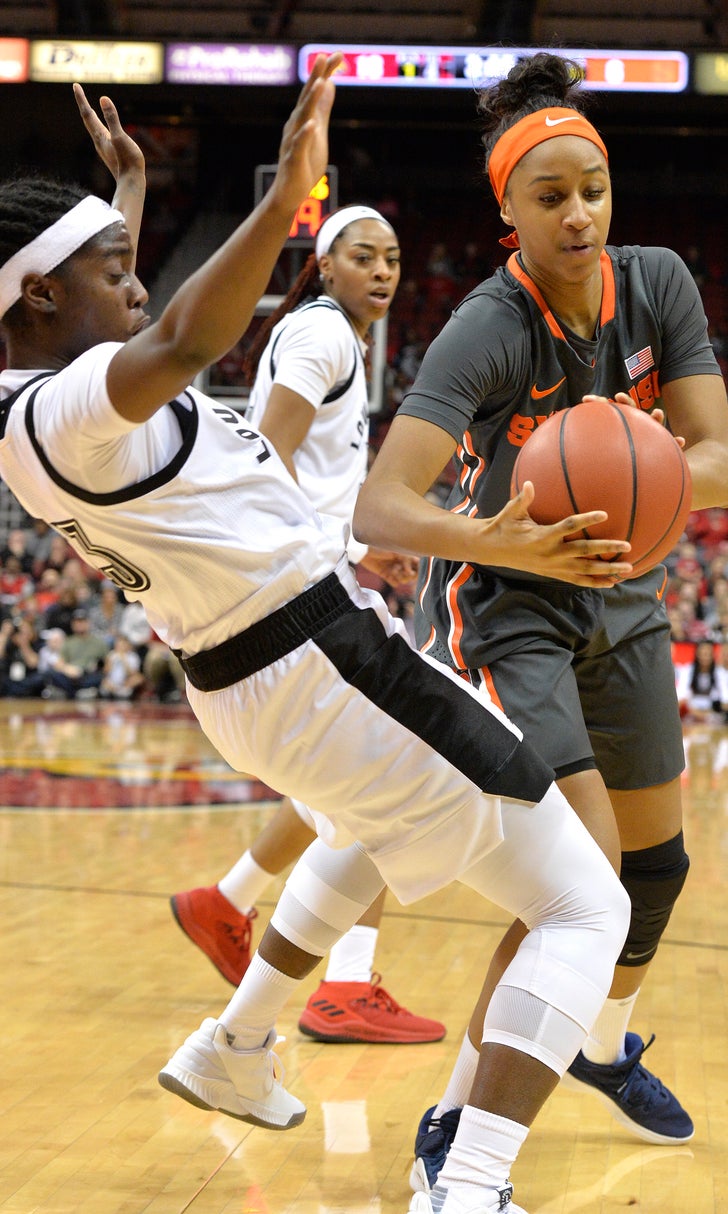 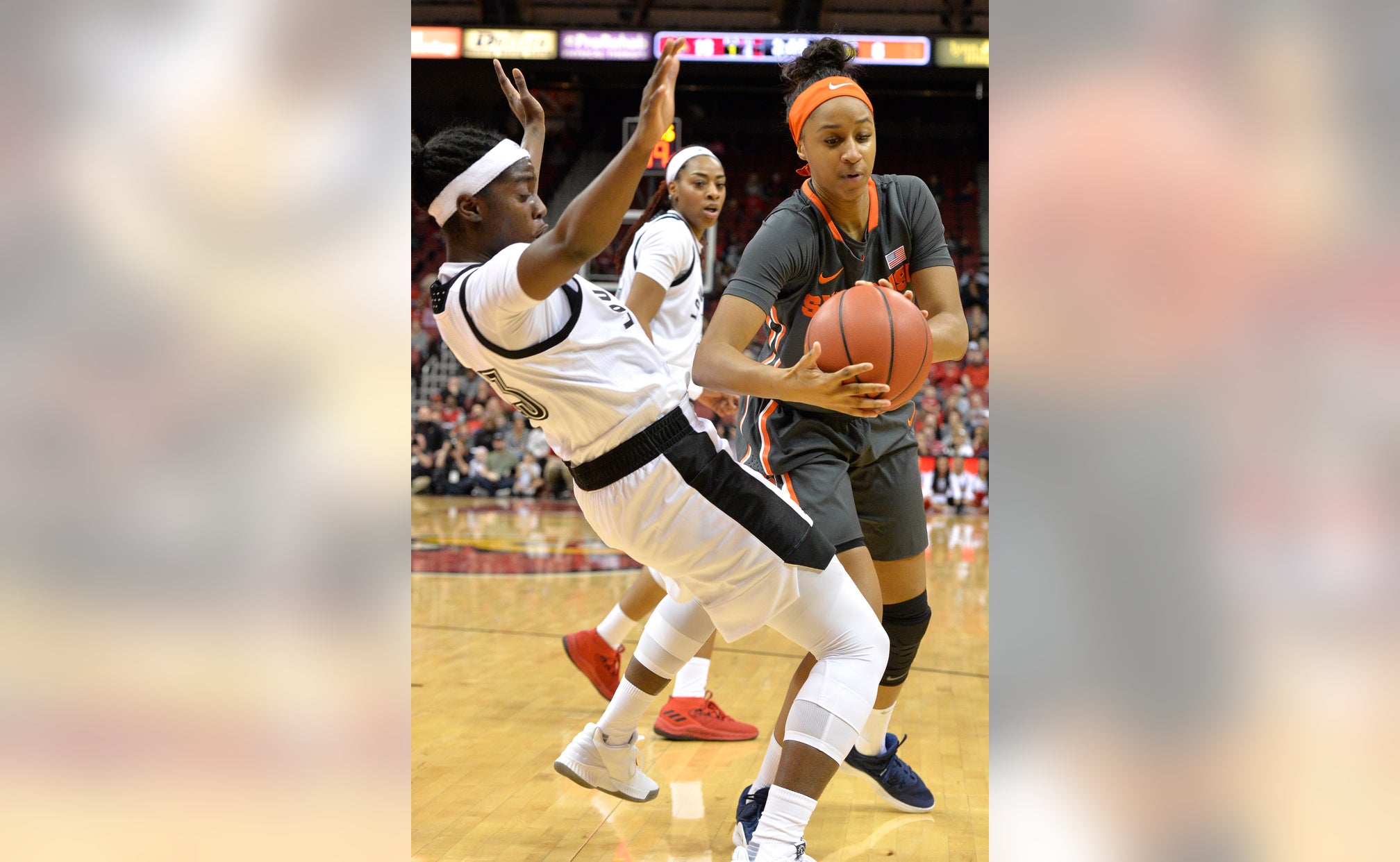 LOUISVILLE, Ky. (AP) — Louisville came out strong Thursday night, and the No. 2 Cardinals never gave No. 15 Syracuse a chance to respond.

"I think we played, overall, a great game," said Durr. "We just got to continue to build off this game."

After Durr's quick start, it was a balanced effort for the rest of the first half as six other players scored at least six points before the break. The Cardinals, who led by as many as 24 points late in the second quarter, also got assists on 12 of their first 15 baskets. They also shot 53 percent in the half and still managed to grab nine offensive rebounds.

"Offensively, we've been really good all week," coach Jeff Walz said. "Our tempo has been great, and that's what we have got to continue to do. We got to keep the tempo at a high pace."

Kylee Shook posted her third double-double of the season with 12 points and 11 rebounds for Louisville, and Dana Evans added 12 points in the victory.

The Orange (17-5, 6-3), who lost for the third time in five games, scored the first eight points of the second half to make it 51-38, but they never drew closer the rest of the way in posting a season-low point total.

All but four voters tabbed Louisville as a top-two team in this week's poll. If the Cardinals win over the weekend, Thursday's performance — coupled with Notre Dame's loss — should only cement their spot in next week's poll.

CARDS LEAD THE ACC. FOR NOW

Thursday was a big night in ACC basketball as the top six teams, all of whom are ranked, faced off against each other. Thanks to No. 24 Florida State beating No. 9 N.C. State and No. 25 Miami upsetting No. 4 Notre Dame, Louisville now finds itself alone atop the division.

But Walz knows his team's hold on that spot could be very tenuous. He said that before the season started, he circled the three-game stretch that began Thursday as one of the toughest his team would face all season. After Syracuse, a team picked to finish third in a preseason conference poll, Louisville has games against Virginia Tech, which nearly upset the Cardinals in the ACC Tournament last season, and Miami.

"It's three games that we're going to be challenged mentally and physically," Walz said.

Syracuse: Coming off its second bye week, the Orange looked a step behind Louisville early and couldn't recover. The loss keeps the Orange in sixth place in the toughest conference in the nation and on the outside from getting a valuable double-bye in the ACC Tournament, which begins in less than a month.

The Orange play their next five at the Carrier Dome, and that stretch includes games against N.C. State and Notre Dame. Coach Quentin Hillsman said his team understands the importance of playing well at home.

"You get teams on your home court, the really good teams, you got to play at a certain level to win the game," he said.

Louisville: Even though it won't turn heads like the Cardinals performance over UConn last week, the Cardinals added another impressive victory for their NCAA Tournament resume by routing the Orange, who entered the night ranked No. 10 in the Rating Performance Index. It's the type of win that will bolster their argument for a No. 1 seed.

Louisville: The Cardinals travel to Virginia Tech on Sunday and then will get a week off from action.