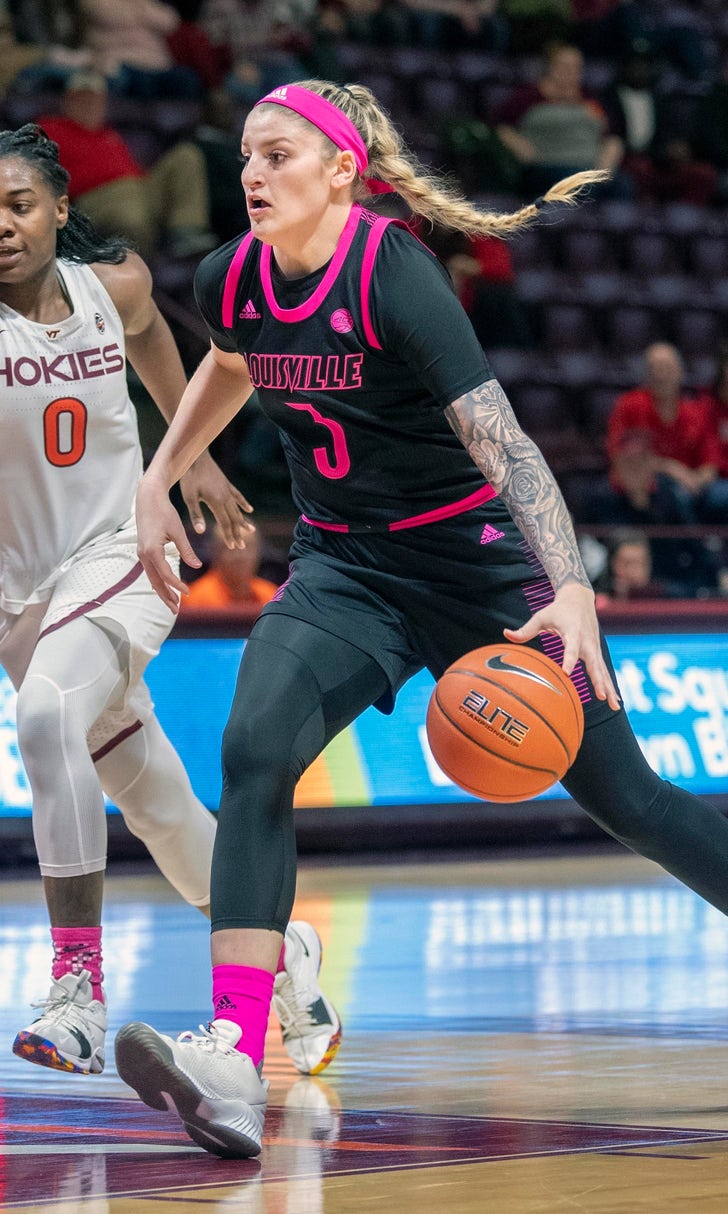 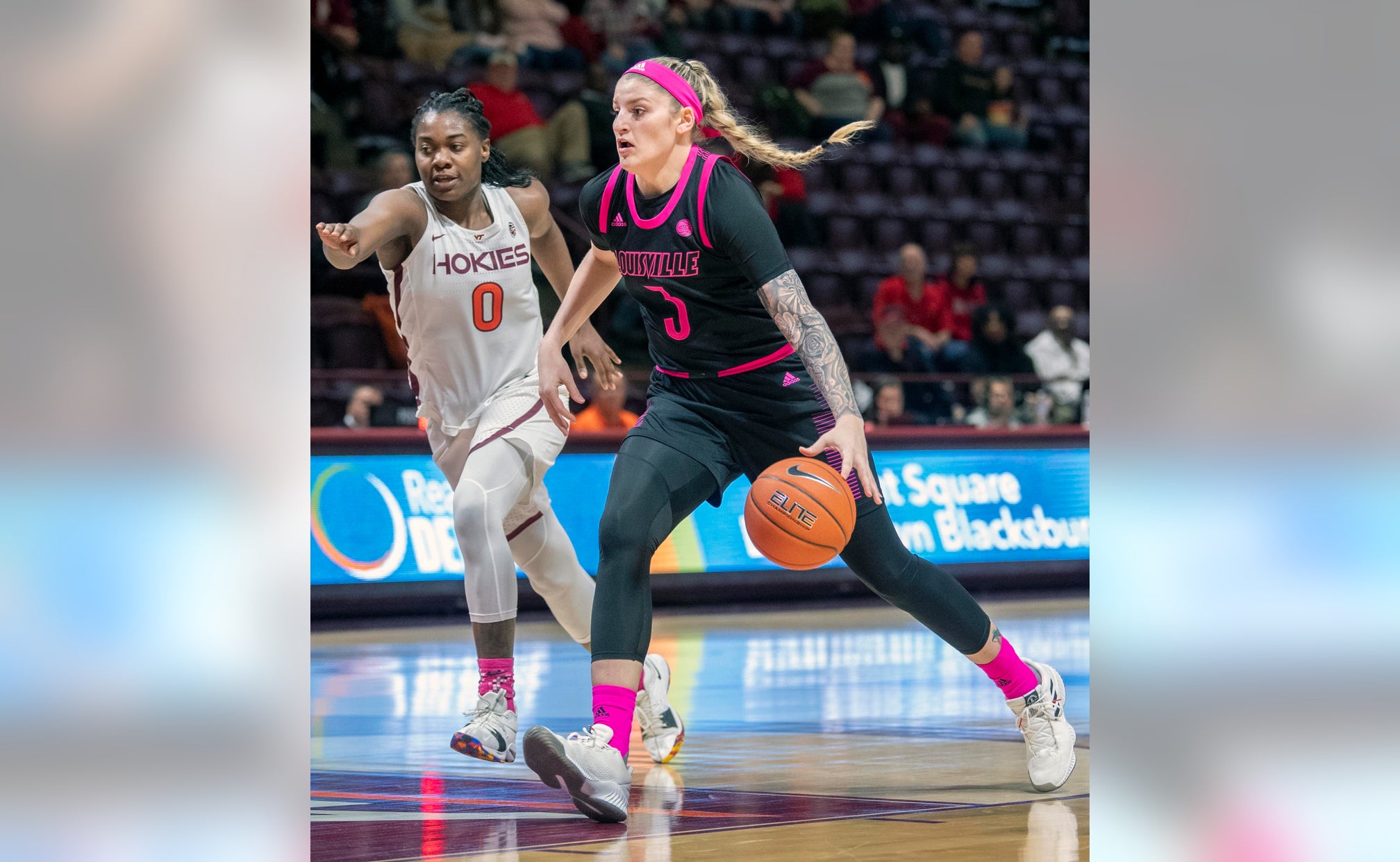 BLACKSBURG, Va. (AP) — Asia Durr was having a big day and No. 2 Louisville was rolling, up 20 points midway through the third quarter.

Then it was Virginia Tech that grabbed the momentum, and it took Durr and fellow senior Sam Fuehring to help the Cardinals hang on.

Durr scored 34 points and Fuehring had 21 points and 13 rebounds as the Cardinals overcame a near-collapse in a 72-63 victory Sunday.

"I got some good shots out there," Durr said after making 11 of 21 shots overall, including 5 of 7 from beyond the 3-point line. "My teammates found me on the court. My coach was calling some great plays to free me, so that's all I was trying to do was make a play."

The Cardinals (23-1, 10-1 Atlantic Coast Conference) won their ninth in a row. Fuehring made consecutive driving baskets in the final quarter after the Hokies had closed to within 62-56 with under four minutes to play, allowing Louisville to avoid an upset.

That the Hokies made it interesting was no surprise to Louisville coach Jeff Walz.

"They're a really good basketball team. They can make shots in a hurry and there's some years you just don't get the bounces," he said. "You can sit there and probably take 10 minutes out of their 10 conference games and instead of them being 2-8, they could easily be 7-3. I mean, it's something else and that's really what I tried to explain to our kids throughout the whole game."

Dara Mabrey scored 17 points to lead the Hokies (15-8, 2-8), who scored the last 11 points of the third quarter to get within 51-42, then scored six straight midway through the final quarter to get within 62-56. But Mabrey missed a pair of free throws with 3:49 to play that would have pulled Virginia Tech within 62-58. Regan Magarity, who had 14 points and eight rebounds, scored inside with 34 seconds left to make it 66-63, but Durr hit a pair of free throws with 25 seconds remaining for the Cardinals, boosting their lead back to five.

"We have to get rid of those moments in games when we kind of lose focus," the Hokies' Taylor Emery said. "We've been saying the same thing over and over again, but this game, I feel, we played very well about three, three-and-a-half quarters and we kind of let them go on a run. We came back, but if we wouldn't have let them go on a run, it would have been a closer game and we wouldn't have had to come back."

Durr hit two more free throws with 13.2 seconds left to keep the Cardinals on top of the ACC standings.

Louisville: With most of the team shooting poorly, seniors Durr and Fuehring saved the day. They combined to make 19 of 33 shots, while the rest of the Cardinals were 8 for 28. The pair was 12 for 12 from the line, and Durr accounted for all five of Louisville's 3-pointers.

Virginia Tech: The Hokies have talent, but nowhere near the depth necessary to compete with the nation's elite programs without a lot going right. In the first half, Virginia Tech had eight turnovers that the Cardinals turned into 11 points, while the Cardinals had just one turnover. In the end, cleaning that up could have meant the difference for the Hokies.

Louisville: The Cardinals are home next Sunday to face No. 25 Miami.

Virginia Tech: The Hokies will be on the road to face Duke on Thursday night.