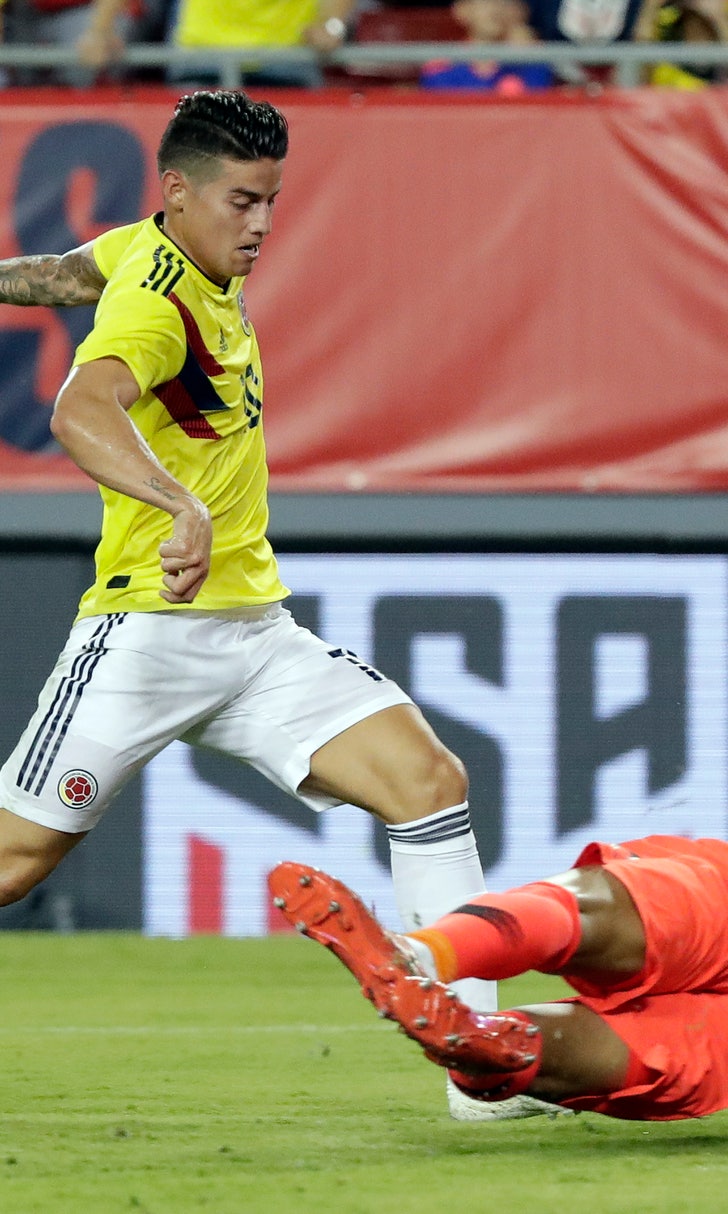 Steffen out with tight hamstring; Guzan or Horvath in goal

The U.S. Soccer Federation said Saturday that Steffen has a tight right hamstring and left training camp. He started the last four U.S. games, including Thursday's 4-2 loss to Colombia in Tampa, Florida.

Guzan is a 34-year-old veteran of two World Cup rosters and 58 international appearances. He is with the national team for the first time since the loss at Trinidad and Tobago last October that ended the Americans' streak of seven straight World Cup appearances. He has not played for the U.S. since Sept. 5 last year, a 1-1 draw at Honduras in a World Cup qualifier.

Horvath, 23, has played twice for the U.S., exhibitions against Cuba in October 2016 and at Portugal last November.

Zack Steffen
share story
those were the latest stories
Want to see more?
View All Stories
Fox Sports™ and © 2021 Fox Media LLC and Fox Sports Interactive Media, LLC. All rights reserved. Use of this website (including any and all parts and components) constitutes your acceptance of these Terms of Use and Updated Privacy Policy. Advertising Choices. Do Not Sell my Personal Info