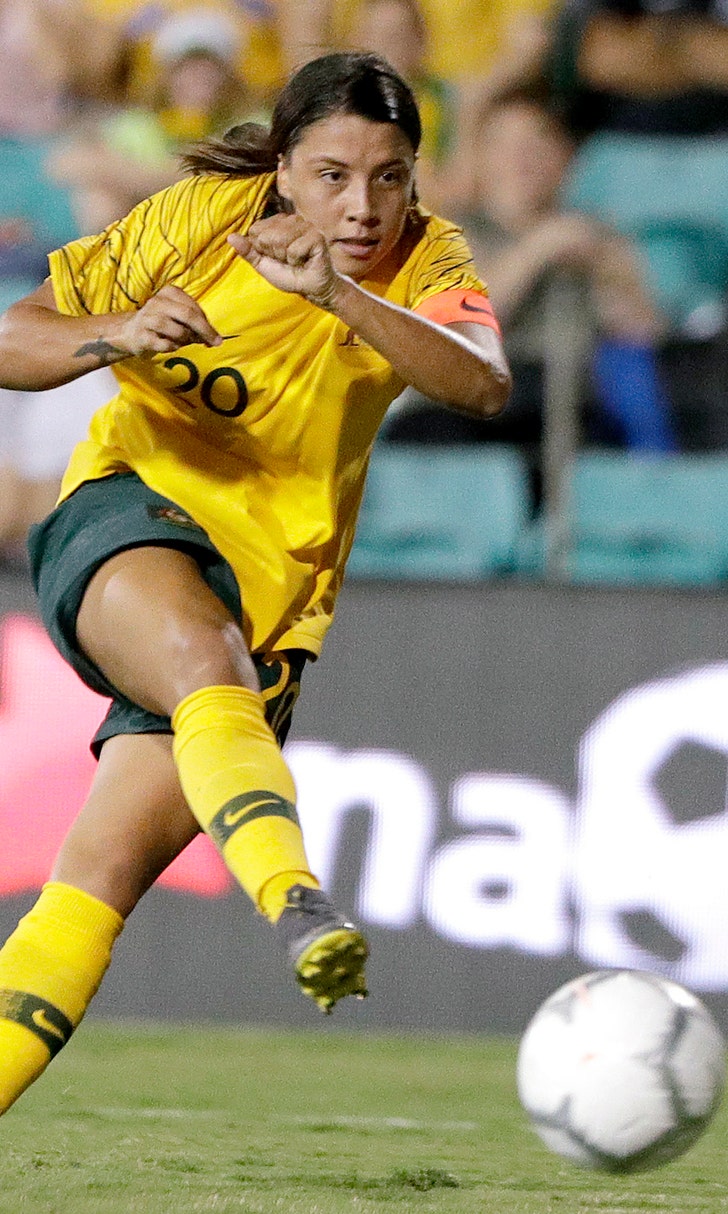 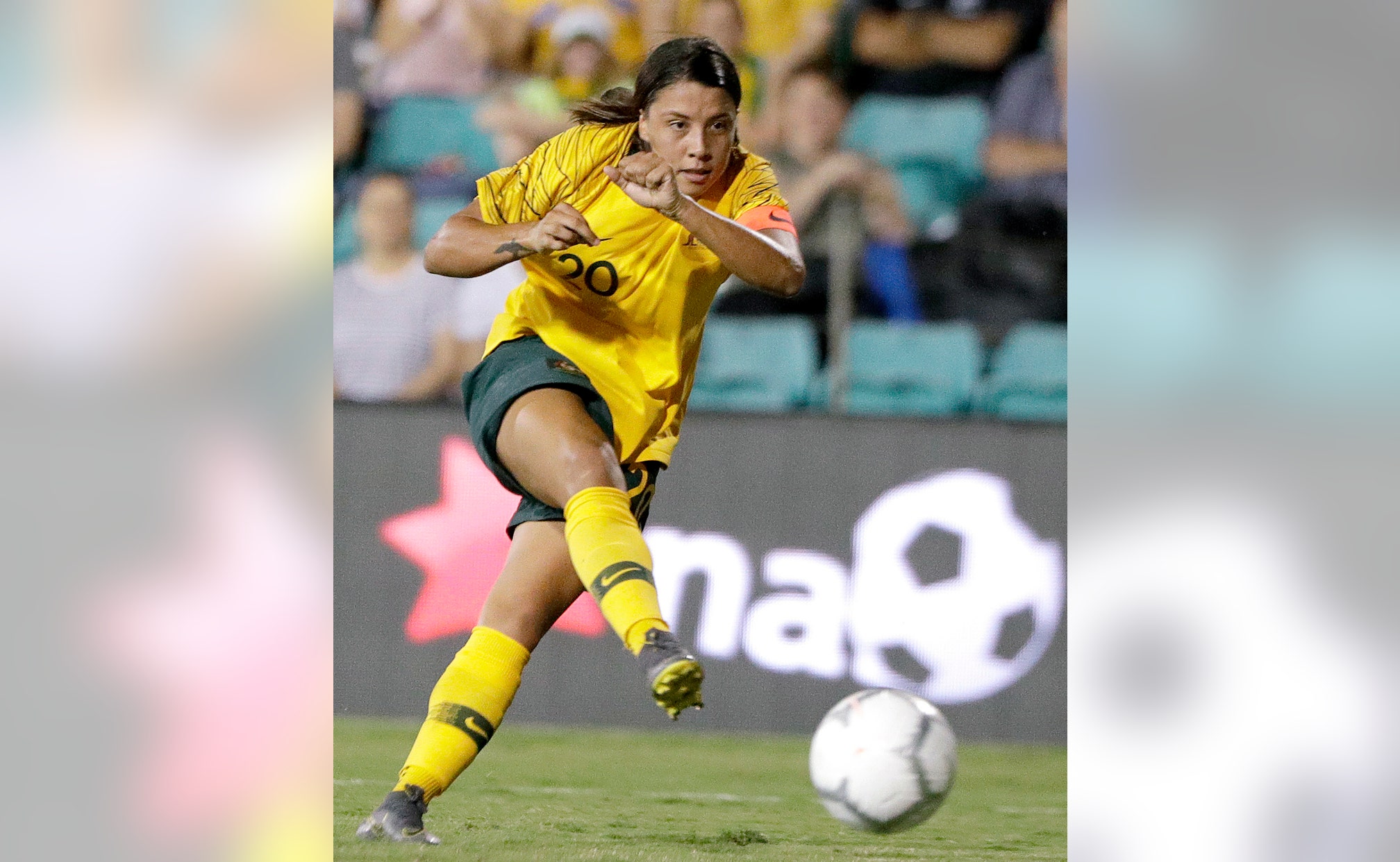 If the Aussie star is on her way out of town, it was hard to tell on a picturesque summer afternoon in suburban Chicago. While speculation abounds about where Kerr might play next season, she is focused on leading the Red Stars to the franchise's first NWSL title.

"I want to win the NWSL. I've never done it, and I love Chicago," Kerr told The Associated Press. "The NWSL's given me so much. I think it's made me the player who I am."

And that's one of the world's most dangerous attackers, capable of creating a prime scoring opportunity for herself or one of her teammates in seconds. It's easy to see why Chelsea might be interested in bringing her to Europe, or why she might draw lucrative offers from Lyon or Real Madrid.

What Kerr decides to do about her future could be a major test for the NWSL after it saw renewed interest in the wake of the United States' championship in the Women's World Cup last month. While the top Americans play in the NWSL, the loss of a foreign star like the 25-year-old Kerr would be a blow to the league as it tries to grow in the coming years.

"I think that's one of the reasons why Sam has really excelled, is because a lot of the other perceived top players in the world I don't think could have the success that they're currently having where they are in this league."

Taking in the whole picture like a defense unfurled in front of her, Kerr seems at ease with the discussion.

"I think there's a lot of new women's teams coming forward, and I think it's just fans wanting me to go to their club," she said. "It's new teams, new fans, which is great. That's what happens in the men's game. The more talk about women's football, the better."

Kerr, who captained the Matildas in the World Cup, splits time between Chicago and the Perth Glory in Australia's W-League. She is the all-time leading scorer in each league, and shows no signs of slowing down.

Kerr scored her NWSL-best 13th goal Wednesday night, but the Red Stars' five-game win streak was snapped by a 2-1 loss at Sky Blue FC. She also led the NWSL in goals in each of the previous two seasons, including a league-record 17 in 2017 when she was the NWSL MVP and Golden Boot winner during her final season with Sky Blue.

With Kerr powering the attack and Chicago fully stocked once again after the World Cup, the Red Stars are second in the NWSL standings heading into this weekend, one point back of Portland and one clear of North Carolina.

"I think she's just so dynamic," said defender Katie Naughton, who also plays with Kerr in Australia. "Her movement on and off the ball is just something that you don't necessarily see in the women's game a lot."

Kerr was acquired by Chicago in a three-team trade on draft day in January 2018 that also featured U.S. stars Carli Lloyd and Christen Press. Midfielder Nikki Stanton, Kerr's longtime girlfriend, also moved to the Red Stars as part of the deal.

While the couple is competitive, Kerr said they know when to leave it back on the field.

"She kind of knows when I've had a bad game or when she's had a bad game, and we don't bring it up," Kerr said. "It's actually better, because it's someone, you know when you talk to your parents and they say the wrong thing and annoy you, so we kind of know what to say to each other."

Kerr, the youngest of four siblings, grew up in an Australia rules football family. Her father, Roger, and Daniel, one of her two brothers, played professionally. Soccer "was kind of seen as a little bit of a girls' sport compared to an AFL game," Sam Kerr said.

Sam started focusing on soccer after she had to stop playing AFL when she was 12 because there was no women's league for the hard-hitting sport. The women have their own league now, and Kerr has received several offers from its teams over the years.

"It would be amazing to play AFL and maybe one year I will retire there," she said, "but yeah, I've just grown to love football now. ... I can't see myself back there."

Sam Kerr
share story
those were the latest stories
Want to see more?
View All Stories
Fox Sports™ and © 2020 Fox Media LLC and Fox Sports Interactive Media, LLC. All rights reserved. Use of this website (including any and all parts and components) constitutes your acceptance of these Terms of Use and Updated Privacy Policy. Advertising Choices. Do Not Sell my Personal Info