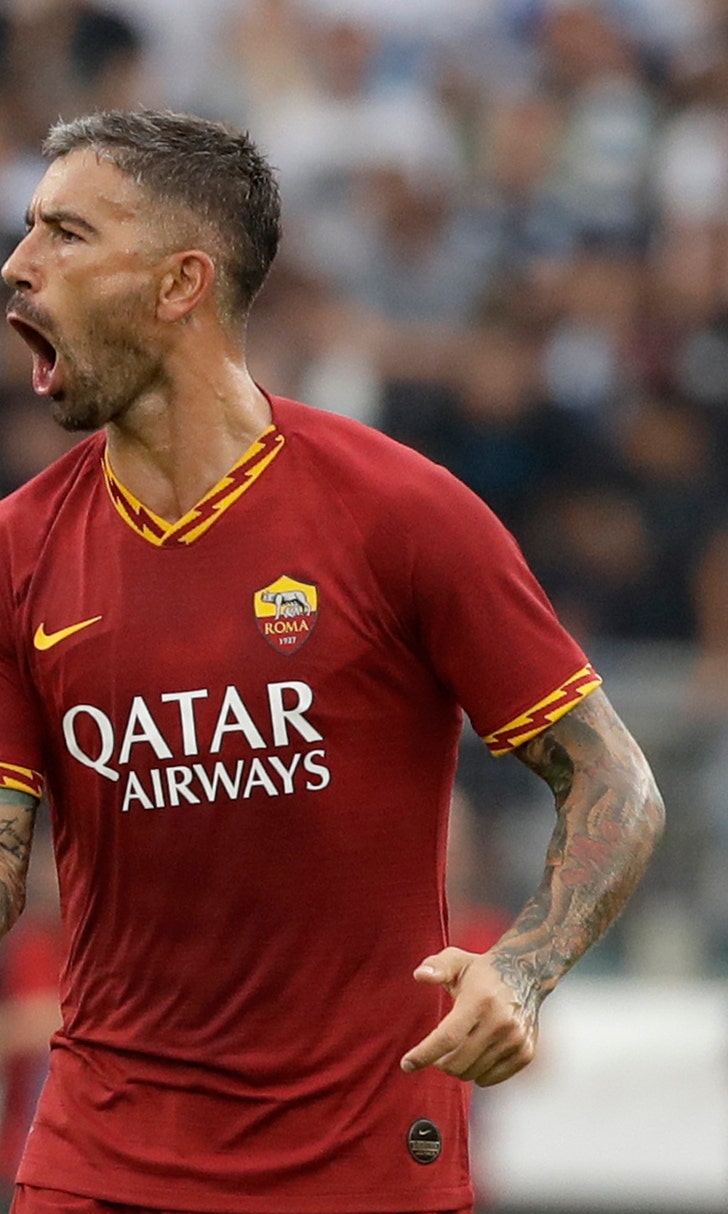 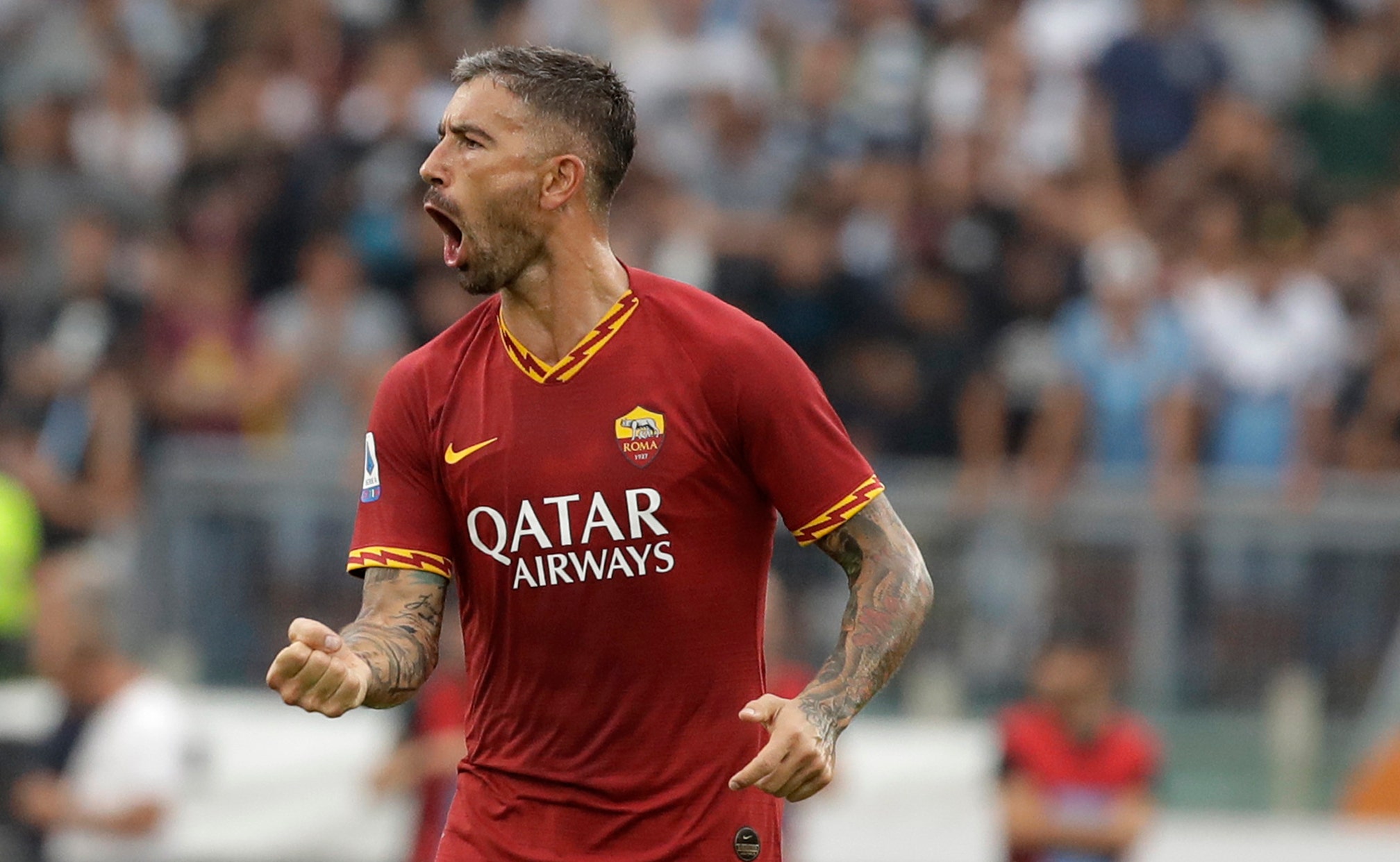 ROME (AP) — A 1-1 draw in the Rome derby was an appropriate result amid unusual solidarity between normally warring supporters of Lazio and Roma on Sunday following the shooting death of a high-profile fan.

Both ends of the Stadio Olimpico paid tribute to Fabrizio "Diabolik" Piscitelli, the former Lazio "ultras" chief who was shot dead at point-blank range in an unsolved murder last month.

Roma went ahead with a first-half penalty from Aleksandar Kolarov, and Luis Alberto equalized for Lazio after the break.

Despite stifling humidity, the match was highly entertaining and featured six shots off the woodwork — four by Lazio (Lucas Leiva, Ciro Immobile, Joaquín Correa and Marco Parolo) and two by Roma (both by Nicolò Zaniolo).

Lazio also had a potential winner from Manuel Lazzari disallowed in the closing minutes for offside.

"It was certainly a spectacular football match. The teams respected each other but also went after it," said new Roma coach Paulo Fonseca. "We coaches always lose a few years of life during games like this, but this was an anthem for football to those who love the sport."

Roma's penalty was due to new and stricter handball rules.

Luis Alberto's goal came with a blistering shot through a crowded area.

The result will likely leave both sides frustrated.

Lazio, last season's Italian Cup champion, will rue missed chances after hitting the goal frame so many times, while Roma has now drawn twice in its opening two matches under Fonseca.

Lazio produced 21 shots to Roma's eight, although Roma controlled more of the possession.

"There are inevitably regrets, because we had so many chances and you have to win games like that," Lazio coach Simone Inzaghi said. "We could have used a bit more luck. But we played great football."

Roma has undergone a complete overhaul following a turbulent offseason that included the resignation of former captain Francesco Totti from his management position and the departure of Daniele De Rossi to Boca Juniors.

Police were on high alert for fan tensions following Piscitelli's murder and the subsequent controversy over a public funeral. But there were no immediate reports of clashes or serious violence.

The "curva nord" — northern end — where Lazio's hard-core fans sit was silent during the first half in protest at the club's decision not to express condolences over the death of Piscitelli, who had a long criminal record.

Lazio's players were told not to celebrate below the "curva nord" to respect the fans' protest and Luis Alberto kept his distance despite scoring at that end.

Luis Alberto
share story
those were the latest stories
Want to see more?
View All Stories
Fox Sports™ and © 2020 Fox Media LLC and Fox Sports Interactive Media, LLC. All rights reserved. Use of this website (including any and all parts and components) constitutes your acceptance of these Terms of Use and Updated Privacy Policy. Advertising Choices. Do Not Sell my Personal Info