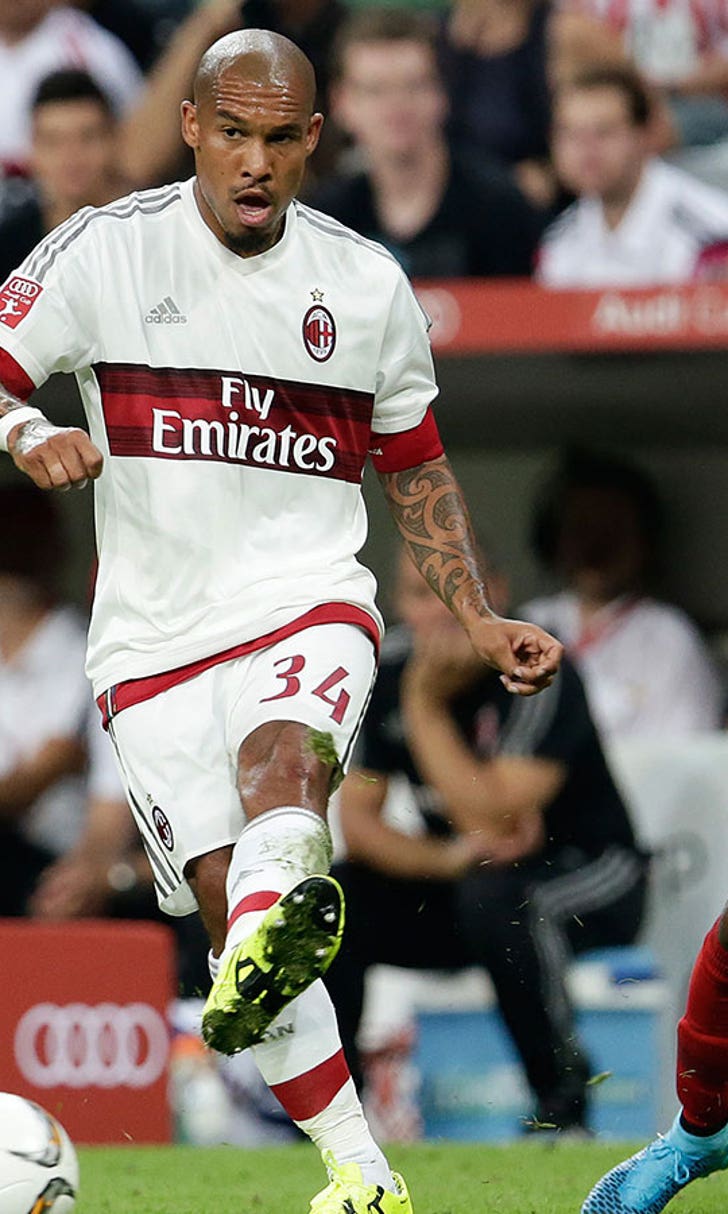 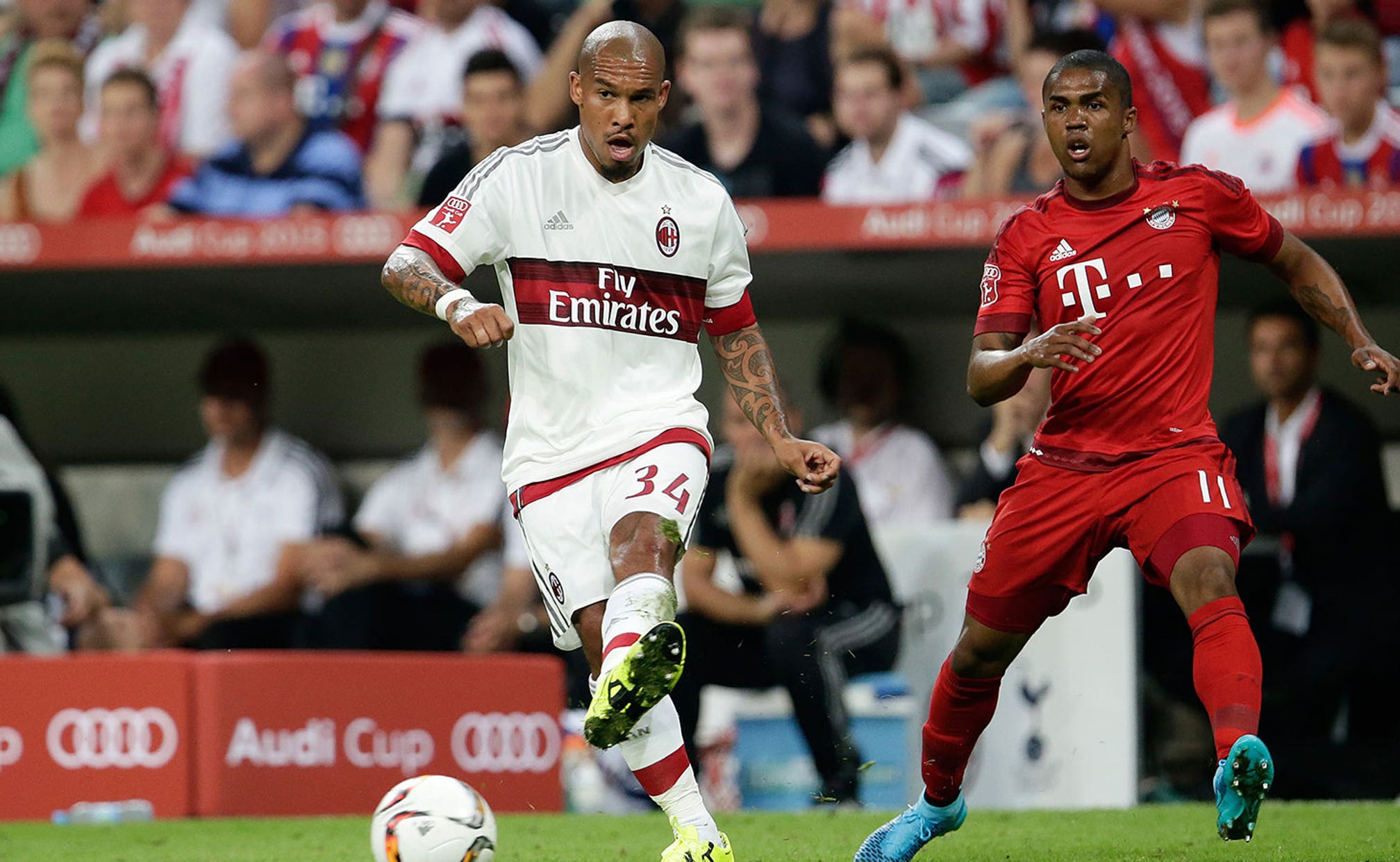 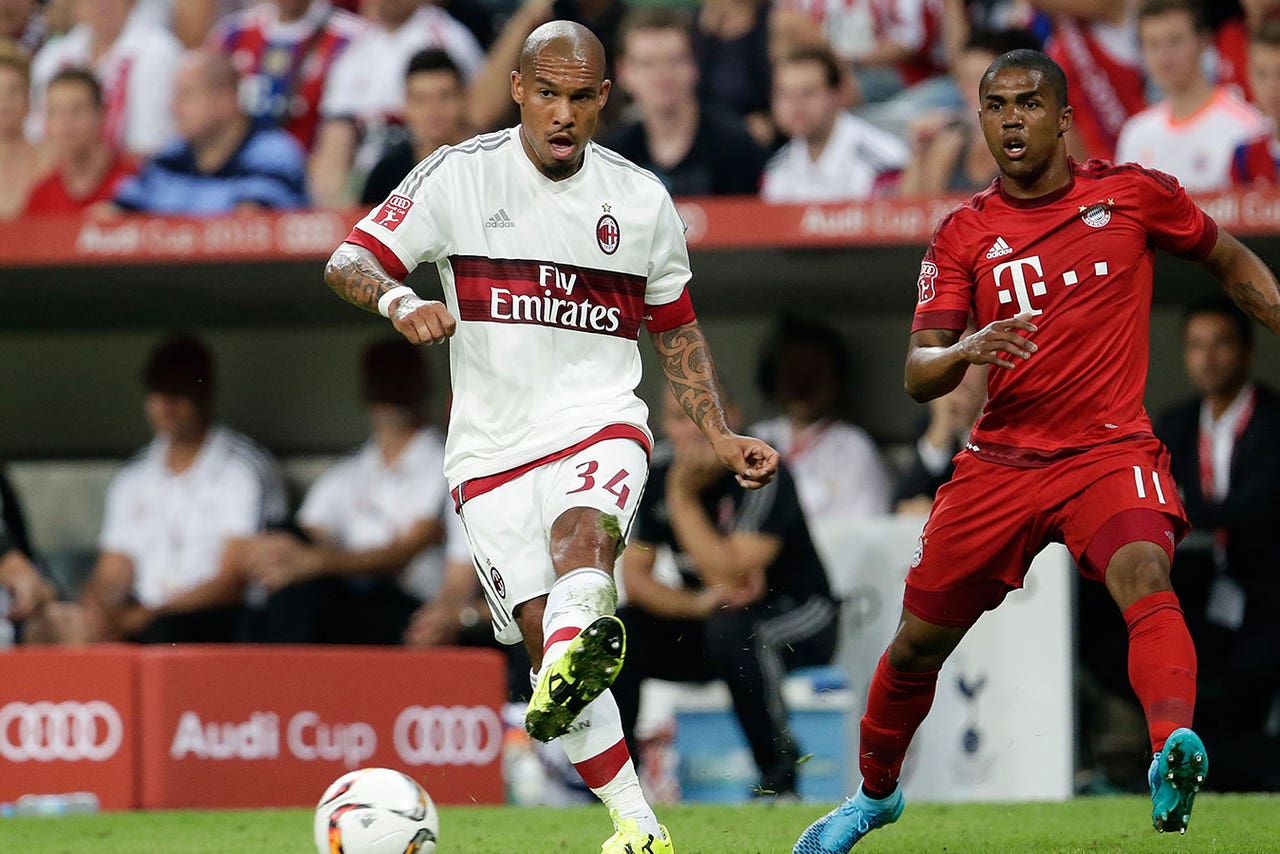 Milan coach Sinisa Mihajlovic defended Nigel de Jong after the Dutchman was involved in a heated stoush with Pep Guardiola at halftime of a club friendly.

Guardiola's Bayern Munich was a 3-0 winner over the Serie A outfit at the Allianz Arena on Tuesday, but the former Barcelona boss was aggrieved with the treatment of his players in an exhibition match for the second time in 12 months.

The Spaniard seemingly took exception to De Jong's early challenge on Joshua Kimmich, who was forced from the field with a resultant injury in the 21st minute.

In August 2014, Guardiola refused to shake hands with MLS All-Stars coach Caleb Porter when Bayern lost 2-1 in an exhibition clash in Portland - after he was unhappy with Will Johnson's tackle on midfielder Bastian Schweinsteiger, who picked up an ankle injury as a result.

Mihajlovic stood by the Dutch enforcer, however, who gained infamy for his studs-up challenge in the 2010 World Cup final in South Africa on Spain's Xabi Alonso.

"Football isn't dancing and fouls are part of the sport. This is also why games like this cannot be called friendlies," Mihajlovic said post match.

Guardiola said he was standing up for Germany Under-21 international Kimmich, whose potential Bayern debut could be set back following the incident.

"I am sad for Kimmich," the Bayern coach said. "It is likely he cannot play tomorrow and perhaps [for an] extended period. For this reason, I have said something to De Jong."

Bayern will play Real Madrid in Munich on Wednesday.