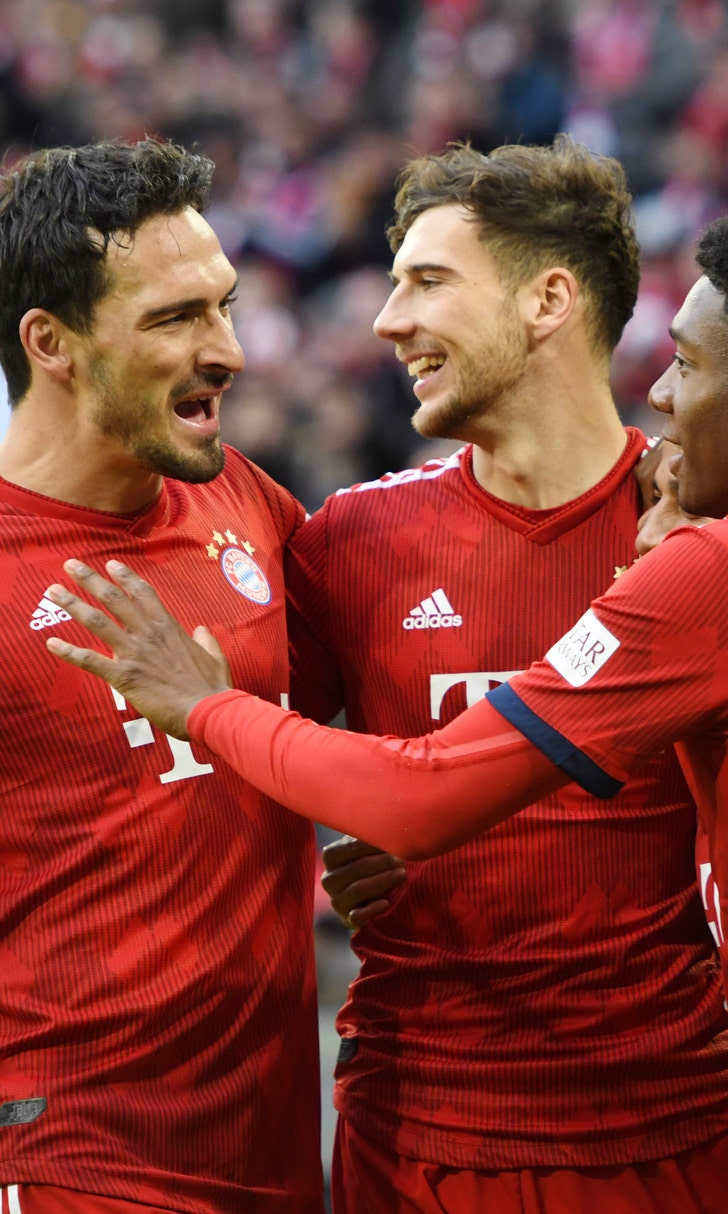 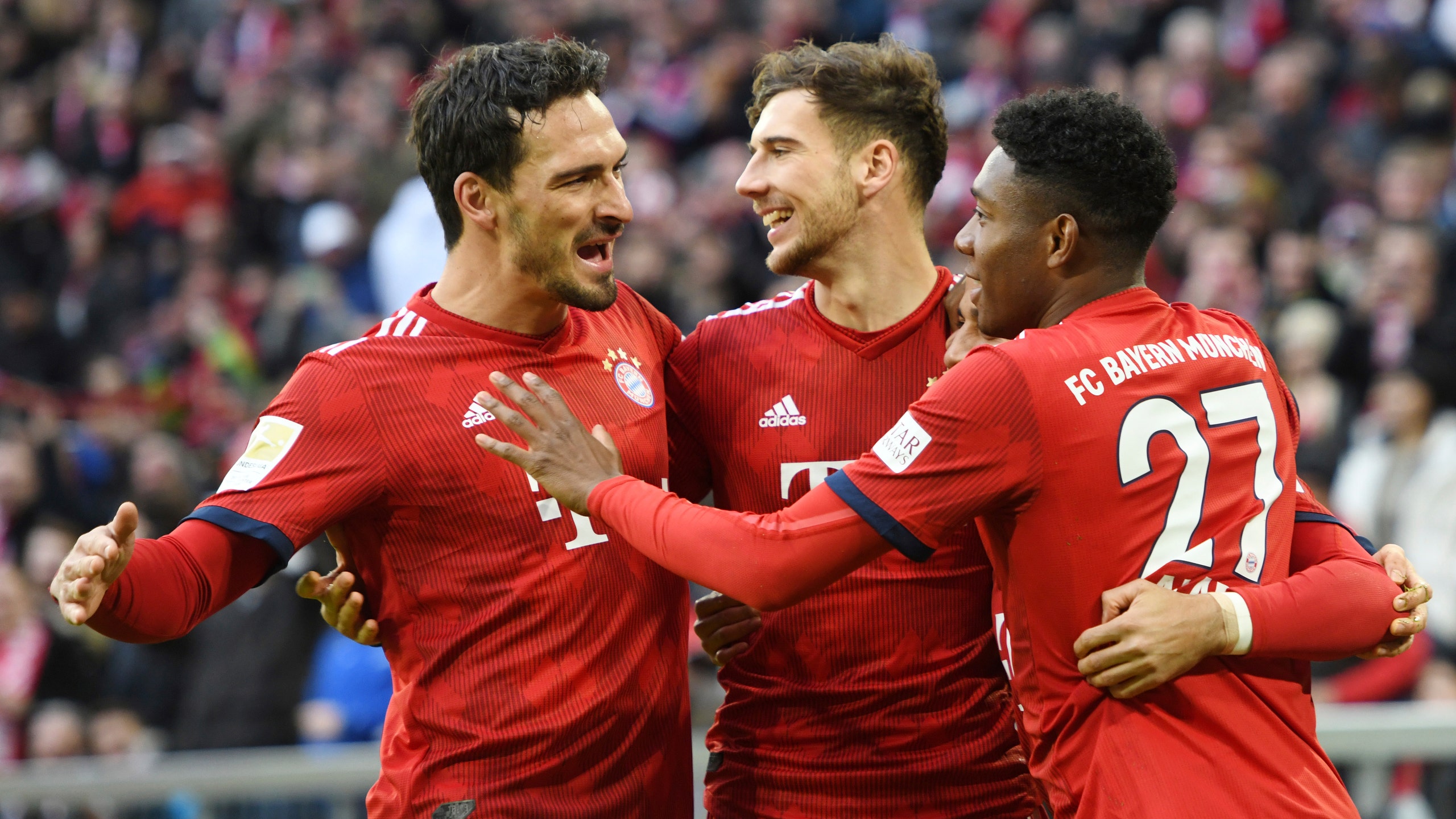 MUNICH (AP) — Robert Lewandowski made up for missing a penalty by scoring in a 4-1 win for Bayern Munich over Stuttgart on Sunday, ensuring his side kept pace with his former team Borussia Dortmund in the Bundesliga.

Lewandowski rounded Ron-Robert Zieler to score his 12th goal of the season in the 84th minute, keeping second-placed Bayern six points behind Dortmund after the 19th round. Dortmund routed Hannover 5-1 on Saturday.

Thiago Alcantara got Bayern off to a flying start in the fifth minute, and it looked ominous for the visitors as Bayern continued to dominate.

But Anastasios Donis equalized with a fine strike in the 26th, taking Christian Gentner's ball on his chest before firing in from around 25 meters (yards).

The Greece striker almost scored again minutes later, but Manuel Neuer was there to save, and there were whistles from Bayern's fans at the break.

Niko Kovac reacted by bringing on forward Serge Gnabry for defensive midfielder Javi Martinez after the interval, and it paid off almost straight away when Gentner deflected Gnabry's cross into his own net in the 55th.

Lewandowski sent his spot kick off the right post after sending Zieler the wrong way in the 65th, but Leon Goretzka put the result beyond doubt when he headed in Kimmich's cross in the 71st, and Lewandowski still had time to make up for the miss.

American Tyler Adams also made his Bundesliga debut, playing the full game in a 4-0 win at Fortuna Duesseldorf.

The 19-year-old, who joined Jan. 1 from sister club New York Red Bulls, was given his chance due to an injury to Kevin Kampl, and he took it by impressing in midfield.

Emil Forsberg returned from injury to play for the first time since October for Leipzig.