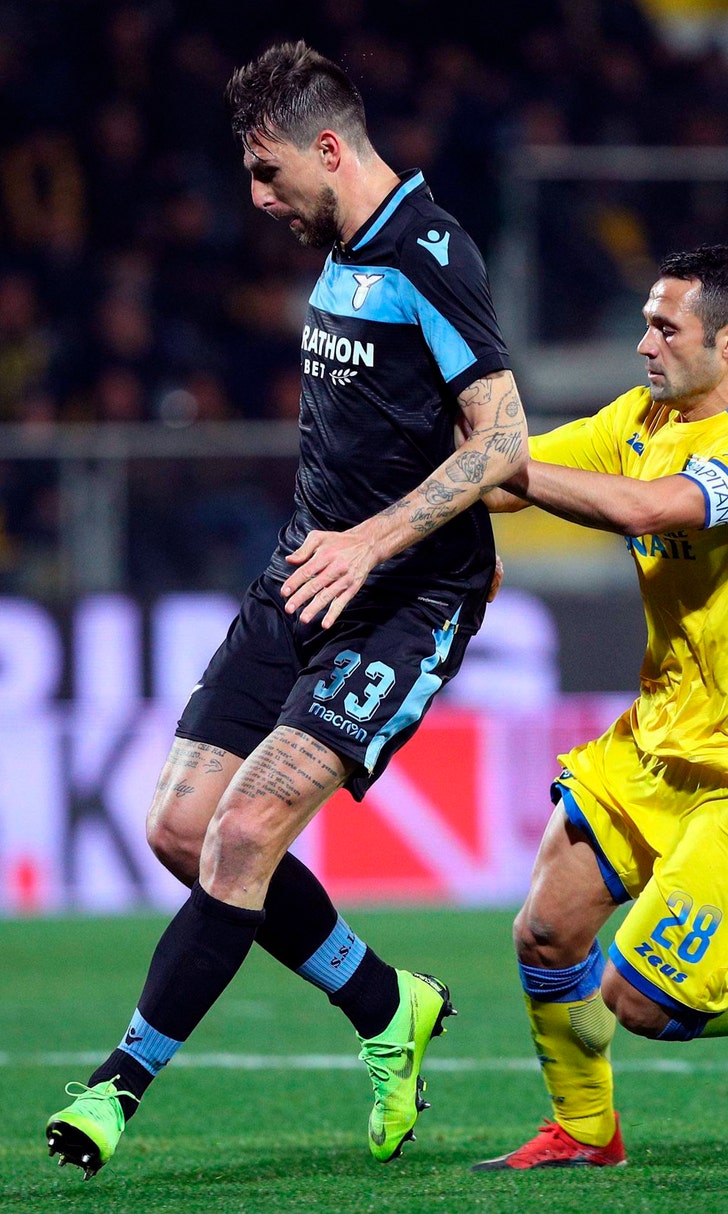 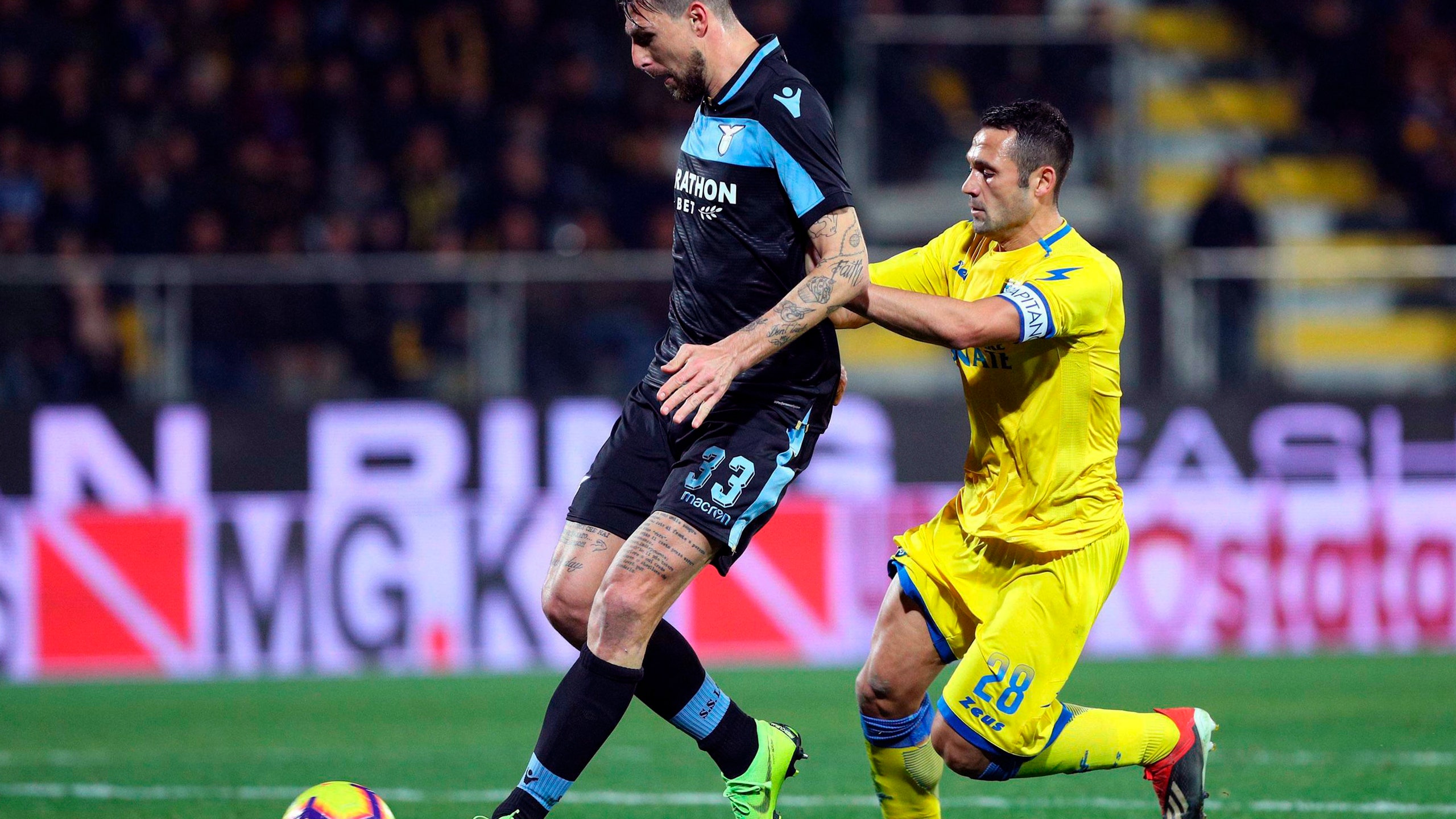 Lazio beats Frosinone to be a point behind 4th-place Milan

MILAN (AP) — Lazio and Atalanta kept themselves firmly in the race for a Champions League place with narrow wins in Serie A on Monday.

They are both level with Roma, one point behind fourth-place AC Milan, after Lazio won at relegation-threatened Frosinone 1-0 and Atalanta triumphed at Cagliari by the same scoreline.

The top four in Serie A qualify for the Champions League.

Lazio's victory was far from convincing. It took the lead in the first half when Luis Alberto threaded the ball through to Felipe Caicedo and he took one touch before striking it powerfully into the back of the net.

There had been controversy 10 minutes earlier when referee Michael Fabbri awarded a penalty to Frosinone for a presumed tug from Bastos on Camillo Ciano but he revoked his decision on video review.

Alessandro Deiola's flicked header from a corner beat Atalanta goalkeeper Etrit Berisha but bounced off the crossbar much to the visitors' relief.

Hans Hateboer headed in Timothy Castagne's deflected cross for the only goal, five minutes into the second half.

Cyril Thereau, who is on loan from Fiorentina, had a miserable debut for Cagliari as the forward limped off with a muscular problem 20 minutes after coming off the bench.

Cagliari was four points above the relegation zone.