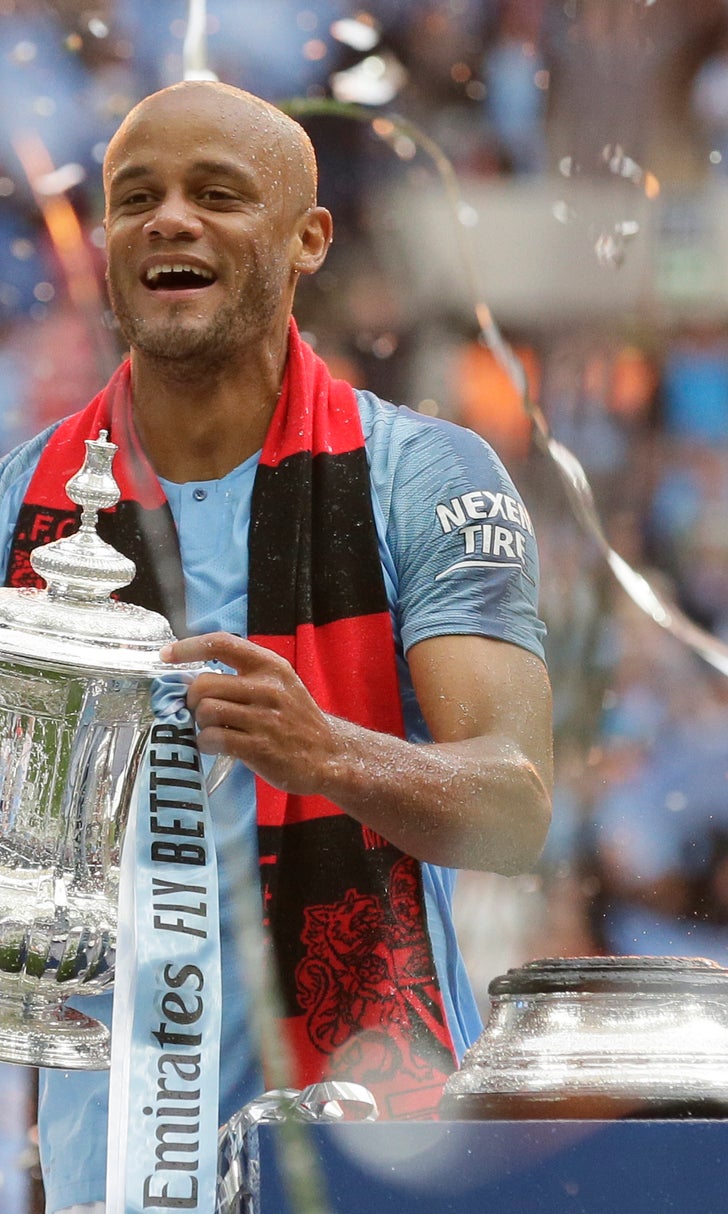 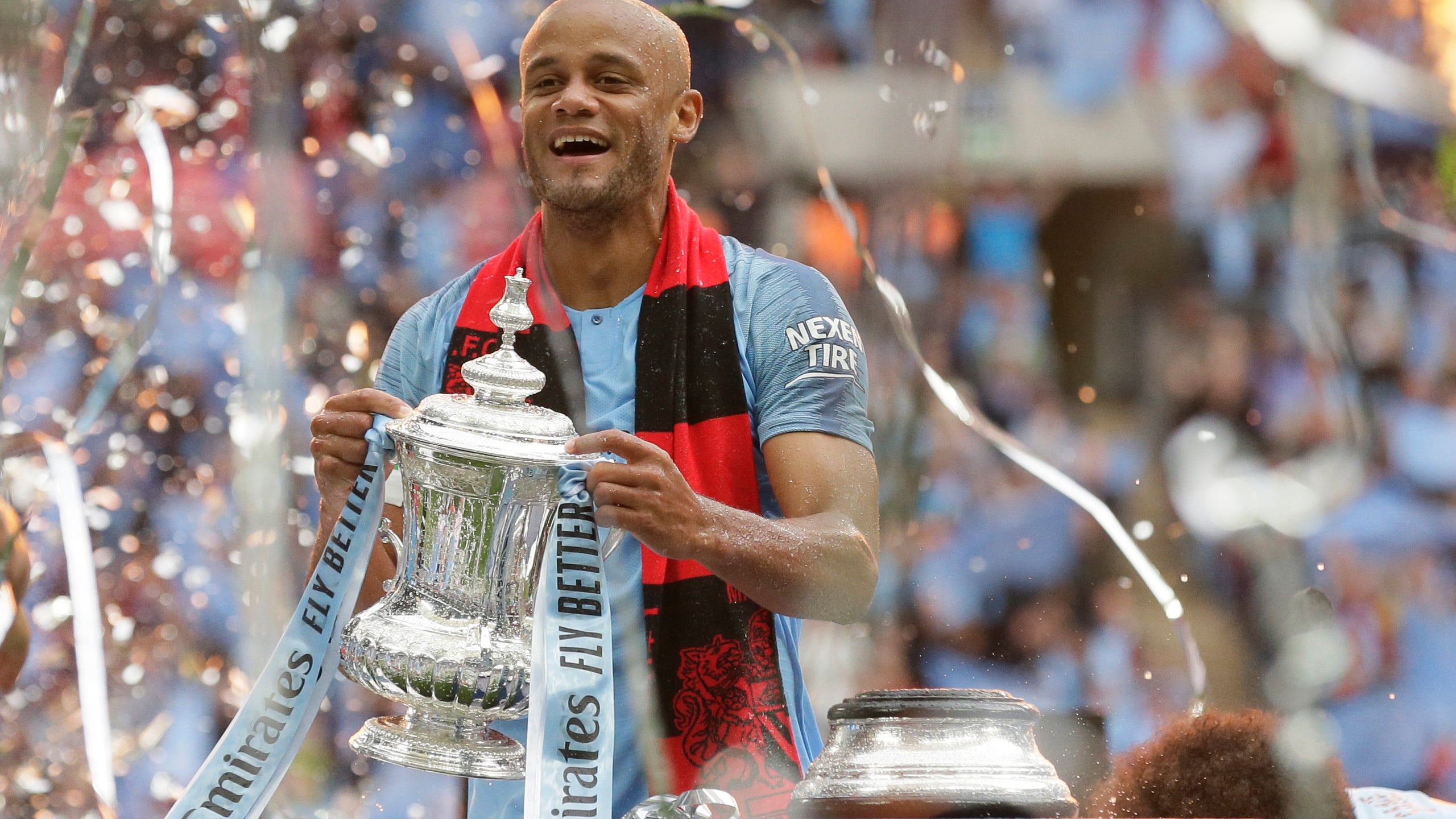 Vincent Kompany, one of the pillars behind Manchester City's rise as the major force in English soccer, said Sunday he was leaving the club after 11 seasons to become player-manager at former team Anderlecht in Belgium.

The defender went out on a high, announcing his departure a day after lifting the FA Cup trophy at Wembley Stadium following City's 6-0 win over Watford in the final. That clinched the domestic treble for City, an unprecedented feat in the men's game in England.

"As overwhelming as it is, the time has come for me to go. And what a season to bow out," Kompany said on his social-media channels. "I feel nothing but gratefulness. I am grateful to all those who supported me on a special journey, at a very special club."

Kompany joined City from Hamburg in August 2008, just before the club came under Abu Dhabi ownership to emerge as a threat to the established powers in England. With Yaya Toure, David Silva and Sergio Aguero joining Kompany as the spine of the team, City has enjoyed the most dominant period in its history.

The 33-year-old Kompany, who made 360 appearances for City, will leave as a winner of four Premier League titles, two FA Cups, four League Cups and two Community Shields. He will also be remembered as a leader, an eloquent and important voice about matters on and off the field.

"There have been many important contributors to Manchester City's renaissance, but arguably none are more important than Vincent Kompany," City chairman Khaldoon Al Mubarak. "He defines the essence of the club. For a decade he has been the lifeblood, the soul, and beating heart of a supremely talented squad.

"A booming voice in the dressing room yet a quiet and measured ambassador off it, Vincent can be as proud of himself as we are of him."

Injuries have plagued Kompany for years, but he stayed fit for the run-in this season and played a vital role in City's run to the treble. His long-range strike sealed a 1-0 against Leicester in City's next-to-last league game, setting the team up to retain the title for the first time.

Anderlecht — a 34-time Belgian champion — is where Kompany started his career, coming through the club's ranks after joining at the age of six.

"I choose to be grateful for the past but remain ambitious and driven for the future," Kompany said. "For the next three years, I will take up the role of player-manager of Anderlecht. Belgium's finest," he wrote in an open letter.

"This may come as a surprise to you. It's the most passionate yet rational decision I've ever made."

"I shared my thoughts and listened to their vision for the future: ambitious, courageous and determined to get back to No. 1," Kompany said. "I offered my help, no strings attached, should they need it."

He was only offered the player-manager job in the last few weeks.

"I want to share my knowledge with the next purple generations," Kompany said. "With that, I will also put a bit of Manchester in the heart of Belgium. This is no goodbye. It's a see you later."