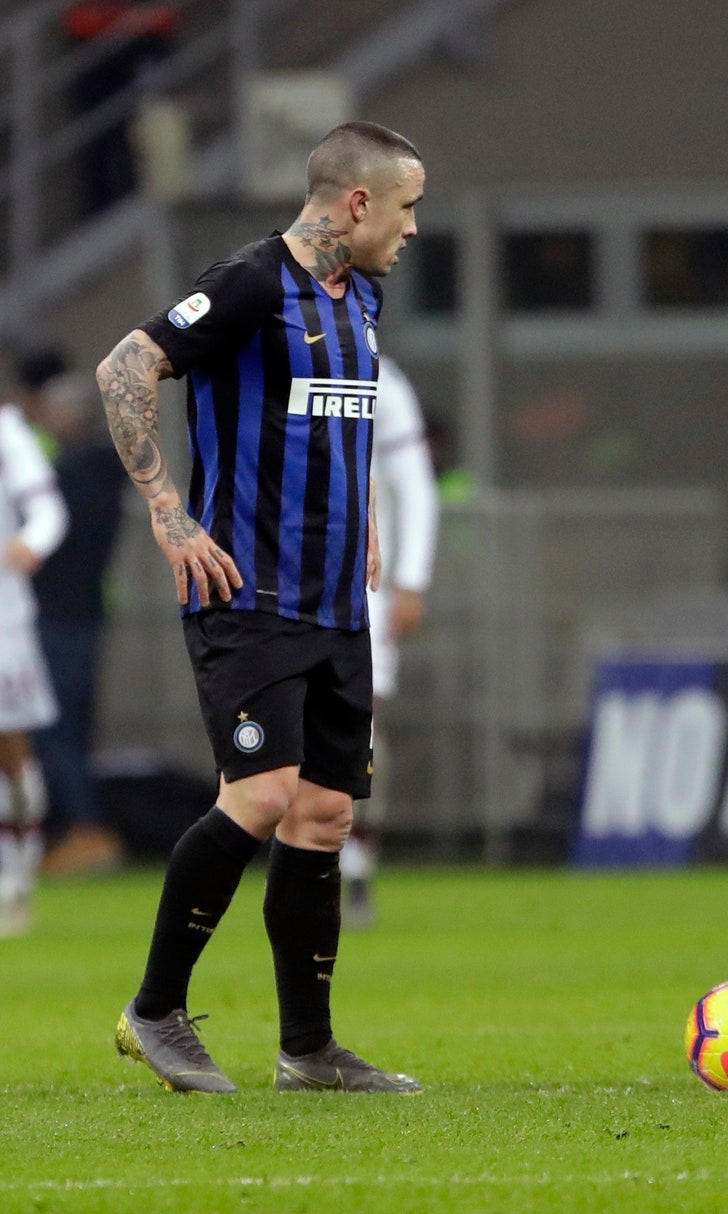 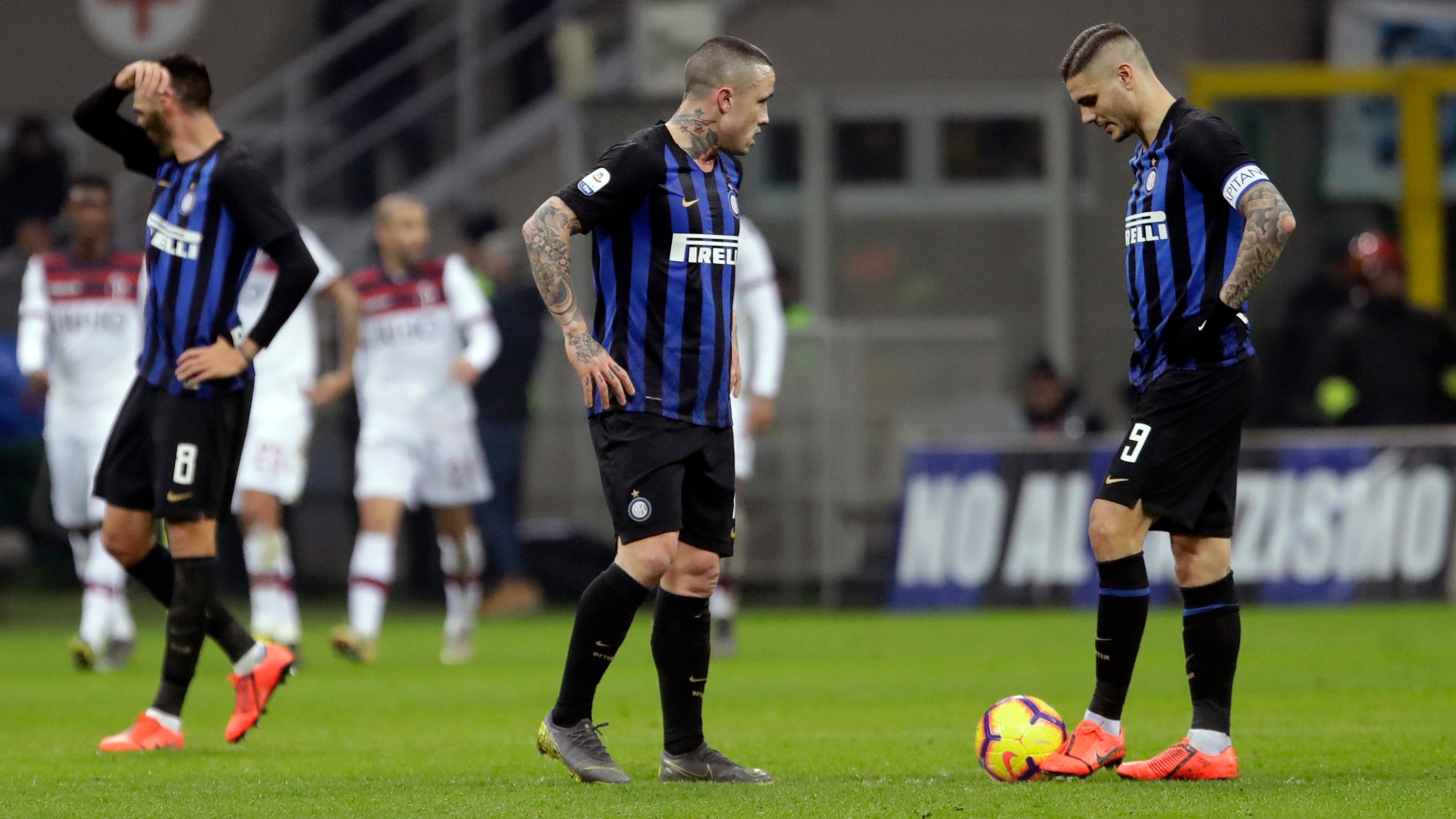 MILAN (AP) — Inter Milan players left the field to deafening jeers from their own fans after the latest setback on Sunday.

Inter lost 1-0 at home to relegation-threatened Bologna in Serie A to pile more pressure on coach Luciano Spalletti, amid speculation the club is preparing to replace him with Antonio Conte.

Spalletti insisted "the players are still behind me" and said "votes of confidence are useful for people whose jobs are in the balance, nothing changes in my daily life.

"But the jeers are right, when someone pays for a ticket it's right to believe they deserve something different, especially if the team is called Inter."

Federico Santander headed in a corner at the near post in the 33rd minute and that was enough to give Bologna the win in Sinisa Mihajlovic's first match in charge after replacing the fired Filippo Inzaghi on Monday.

Inter didn't even have a shot on target in the first half and was jeered off the pitch at the break as well as throughout the second half and at the final whistle. It also had goalkeeper Samir Handanovic to thank for keeping the score down.

Inter is now without a win in four matches and has lost its last three, including the Italian Cup quarterfinal to Lazio on penalties.

The Nerazzurri remained third but have seen their advantage over fourth-placed AC Milan reduced to four points.

Bologna moved to within a point of safety after only its third win this season.

Milan drew 1-1 at Roma in a direct fight for the final Champions League spot with the 23-year-old Piatek on target again for his new side.

Milan remained fourth with Roma a point behind.

Piatek, who joined Milan from Genoa in January for a reported 35 million euros ($40 million), scored both goals in Milan's Italian Cup victory over Napoli midweek.

And the Poland forward was on target again in the 26th minute in Rome as he combined with fellow new signing Lucas Paqueta, who stole the ball off Lorenzo Pellegrini before crossing for Piatek.

Piatek netted 13 league goals for Genoa in the first half of the season.

Roma leveled immediately after halftime. Donnarumma performed yet another brilliant save to prevent teammate Mateo Musacchio from scoring an own-goal on Rick Karsdorp's cross but Zaniolo fired in the rebound.

Pellegrini almost made up for his earlier error nine minutes from time but his header came off the far post.

Freescoring Fiorentina was halted by a 1-1 draw at struggling Udinese.

Fiorentina has scored 13 goals in its last three matches, including a 7-1 win over Roma in the Italian Cup midweek, but the draw left it ninth — three places behind the final Europa League qualifying position.

Torino had defender Nicolas N'Koulou sent off in a 0-0 draw at Spal and remained level on points with Fiorentina.

Sassuolo was a point further back after a 1-1 draw at Genoa.