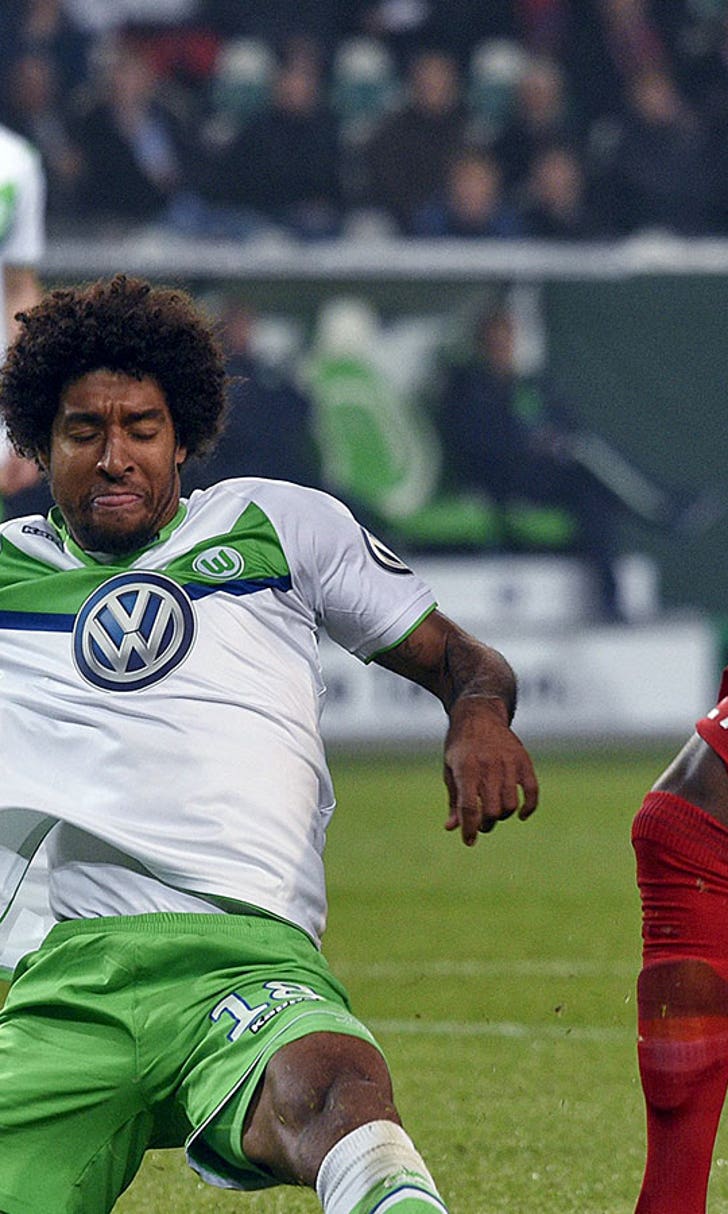 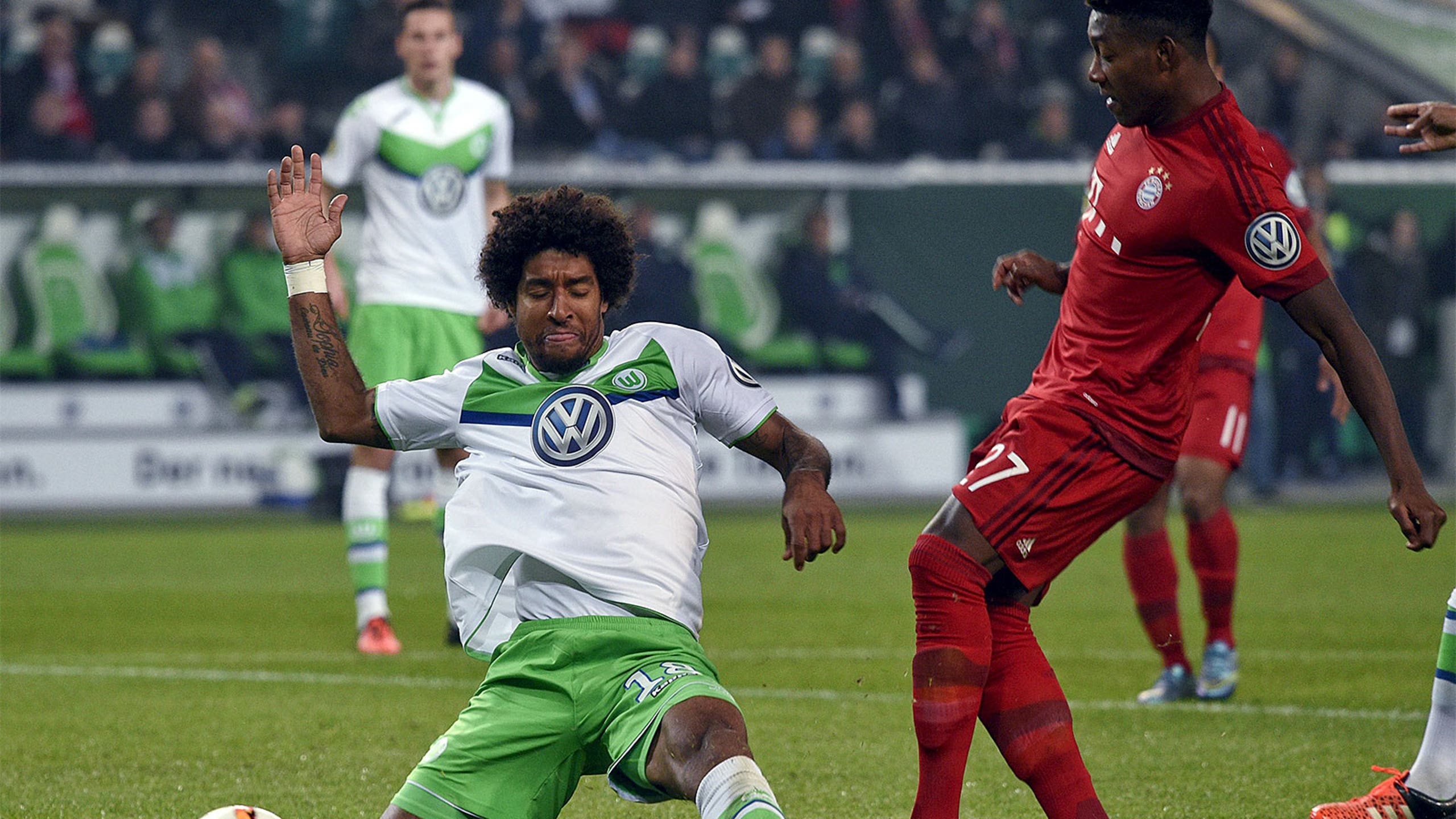 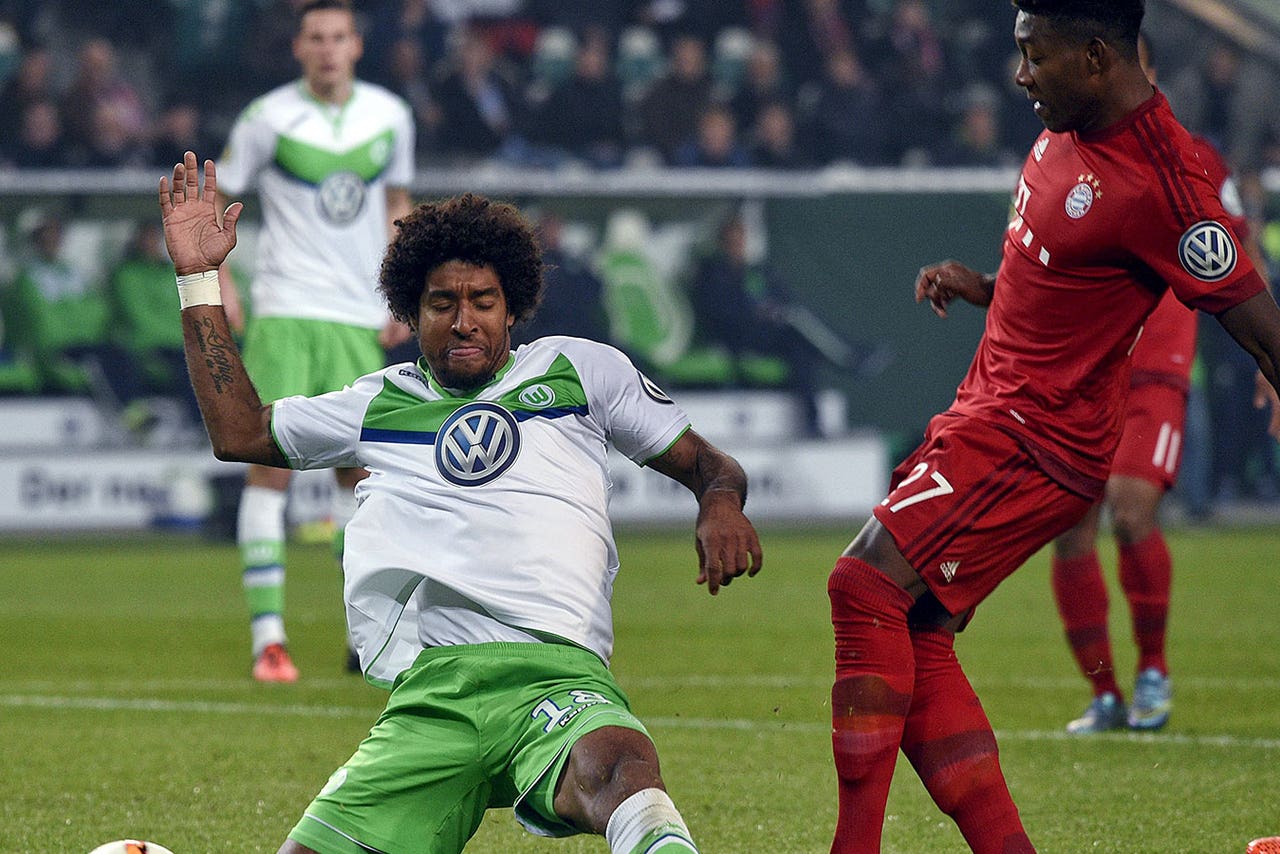 Bundesliga table-toppers Bayern Munich cruised into the next round of the DFB-Pokal after beating holders Wolfsburg 3-1.

Pep Guardiola's men savaged the Wolves in the first 30 minutes, peppering the home goal and eventually scoring through Douglas Costa and with a double from Thomas Müller.  For the first time in German Cup history, at this point in the tournament, the German league champions faced up to the holders of the trophy.

The Volkswagen Arena, though, hasn't exactly been favorable to Bayern having suffered a 4-1 defeat there in January and a penalty shootout loss in August's German Super Cup. The German Cup may be the smallest of the prizes, but ultimately it's a crucial step on the road to the elusive treble.

Guardiola's troops stormed out of the traps in sublime fashion, dismantling a Champions League side within the first 30 or 35 minutes. Diego Benaglio's first action was an excellent save from Müller in the fourth minute.

On 14 minutes, Costa rampaged down the center of the pitch and smashed a left-foot shot into the top corner - the Brazilian has contributed to 15 goals in 15 games since arriving from Shakhtar Donestk. Seconds after the restart of play, Christian Träsch was forced to make a last-ditch tackle - one that would cause him injury - on Lewandowski.

Six minutes later, Bayern wrapped up their place in the third round. The goal emanated from the brilliant combinations on the left-wing between David Alaba and Kinglsey Coman. The Austrian found himself inside the penalty box and reacted quickest to the loose ball, firing back across goal to Müller who converted.

Alaba's return to left-back, his natural berth, imbued a better equilibrium between defense and attack. The 23-year-old is the archetypal modern footballer: blessed with explosive pace, positional intelligence and great reading of situations. The fact he is an attacking-midfielder for his national team, who qualified for Euro 2016, perhaps says everything.

On 33 minutes, Alaba bombed past Coman on the overlap and delivered another pin-point cross to Müller who executed a thrillingly clinical first time volley from a tight angle. Thiago timed his run to perfection and connected perfectly with a volley on 38 minutes, but his finish skimmed the post and went wide.

Whenever Bayern launched an assault, Wolfsburg seemed to pause. Müller's volley on 40 minutes was well saved by Benaglio who could have been picking the ball out of the net for a fifth or sixth time in the first half. The impressive Costa missed on 43 minutes with the half time interval coming at the right time for Wolfsburg.

With Bayern in control, the second half became something of a non-event. Vieirinha should have claimed one goal back on 47 minutes, while Daniel Caligiuri missed one-v-one with Manuel Neuer midway through the half.

The most important note of the second period was the return of flying winger Arjen Robben who replaced the excellent Coman with around 20 minutes left. Robben almost smashed in a fourth on 78 minutes, his volley cannoning against a defender and going wide of the target.

Andre Schürrle scored in stoppage time cut the deficit to two, but Bayern held on as they look to add to their record tally of 17 German Cup triumphs.

Elsewhere, Bayern's city rivals 1860 Munich defeated Bundesliga side Mainz 2-1 to set up a potential derby between the two Munich sides.

An own goal from captain Christopher Schindler was the worst possible start for the Bavarians who are two-time German Cup winners and founding members of the Bundesliga in 1963. They narrowly avoided relegation to the third division after a playoff win with a last-gasp goal at the Allianz Arena.

Two quick fire goals in the last 20 minutes offered a rare positive moment for 1860 supporters as they secured a next round spot with goals from Stefan Mugosa and Robin Okotie.

The shock of the round came in the shadow of the Ore Mountains in East Germany where Erzgebirge Aue of Germany's third division beat Eintracht Frankfurt 1-0.

Aue, relegated from the second tier last year, turned in a brilliant performance and created the best chances on the night. But Max Wegner proved to be the hero, tucking the ball from 10 yards out in the 73rd minute to book their place in the third round of the competition.

Meanwhile, RB Leipzig were dumped embarrassingly out of the competition by fourth-tier side Unterhaching.

Haching played in the Bundesliga as recently as 2001, but have suffered decline in the past decade despite attracting a number of famous players to the club. Three names - Rosenzweig, Steinherr and Einsiedler - will go down in club folklore as they scored the decisive goals to knock out the side bankrolled by Red Bull.