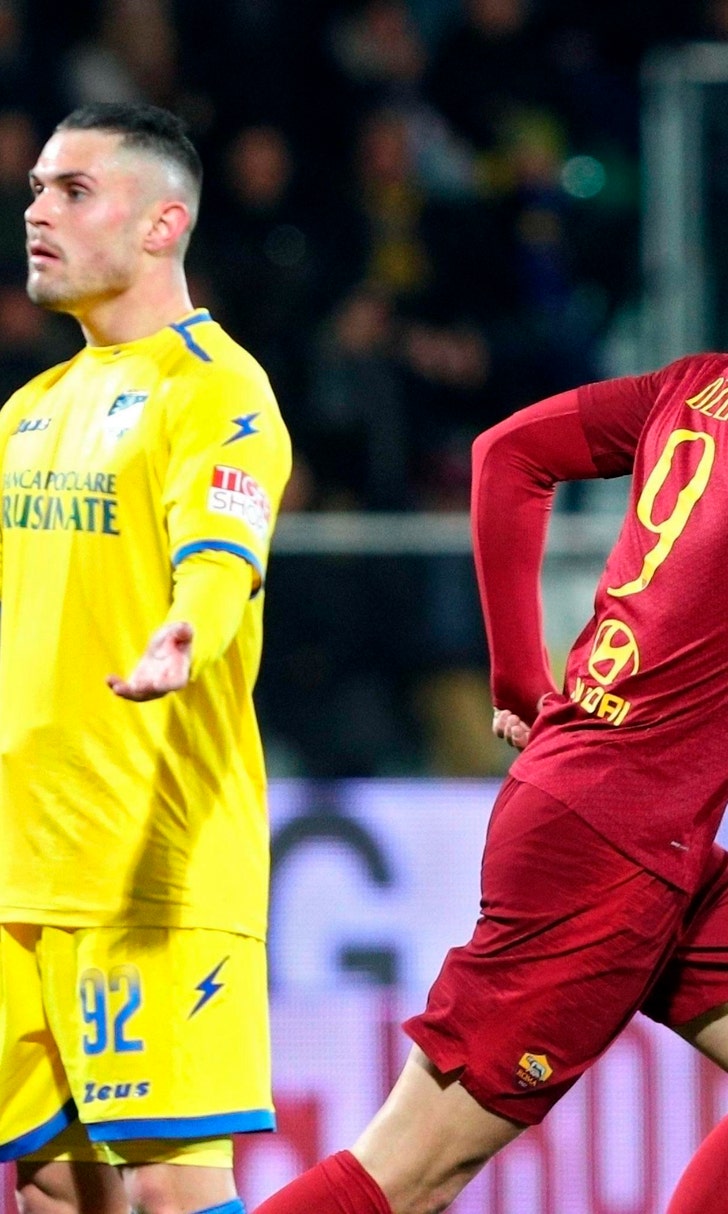 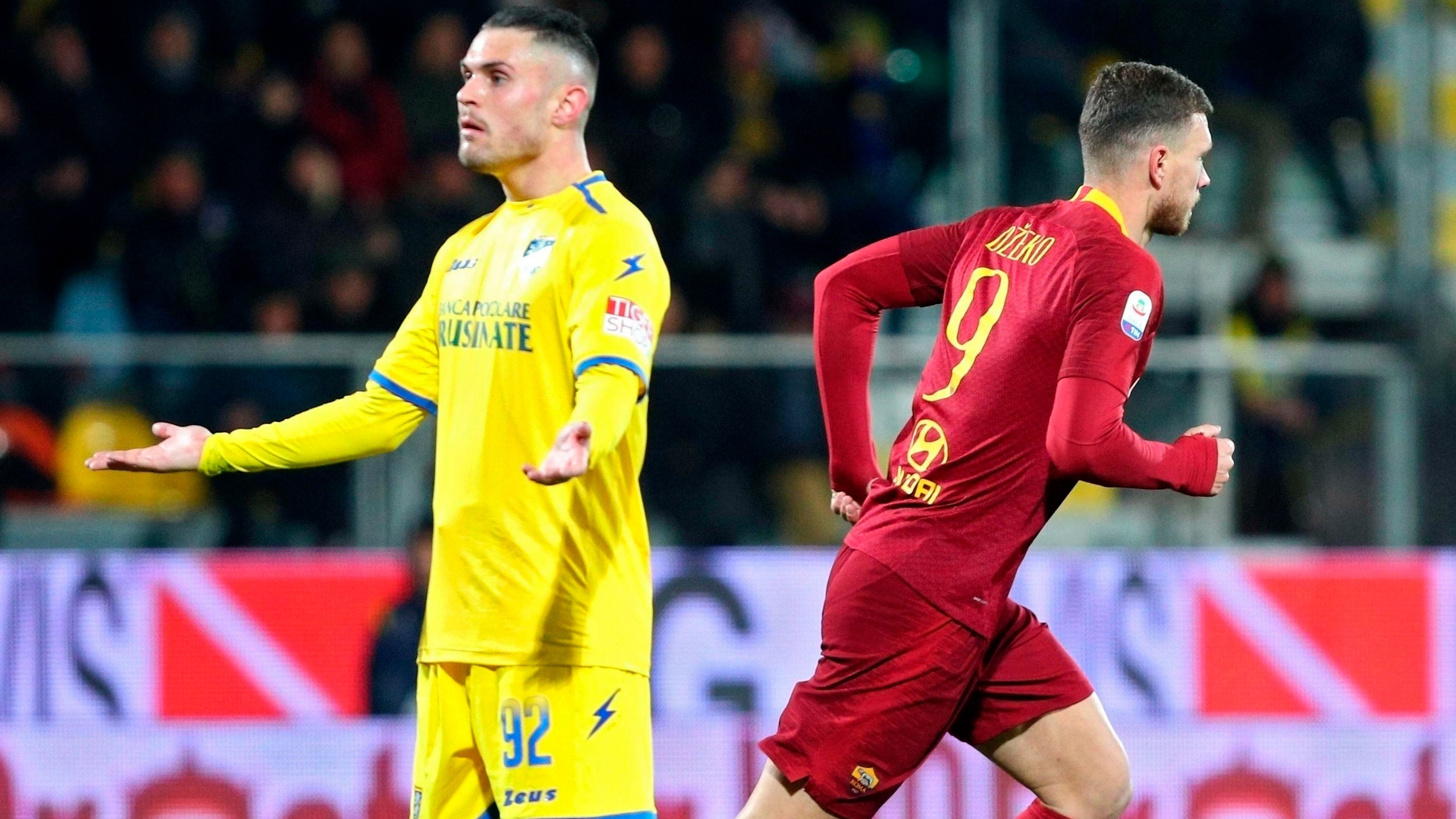 Dzeko's second goal of the match led Roma to a 3-2 victory at Frosinone to move back within a point of fourth-place Milan, which beat Empoli 3-0 on Friday.

Frosinone remained second from bottom in Serie A, five points from safety.

Roma next faces city rival Lazio, which is four points behind with a game in hand.

"It was vital we won, we absolutely had to and I think you can see that in the way we celebrated," goal-scorer Lorenzo Pellegrini said. "It's a tough place to come, they're very aggressive on a small pitch. We showed that we will keep on fighting, and in the end we got the result."

"Dropping two points would have been a big disappointment for everyone. We go into the derby with a few good results under our belt. We know it will be a very tough game again, they will be fired up for it — but so will we."

Frosinone got off to the perfect start when Camillo Ciano fired an effort from distance after five minutes which Roma goalkeeper Robin Olsen could only help into the net.

Roma then turned the match around with two goals in the space of a minute as Dzeko took advantage of a howler from Frosinone defender Edoardo Goldaniga on the half hour, and Pellegrini made it 2-1 from a rebound after home goalkeeper Marco Sportiello denied Stephan El Shaarawy.

Teenage substitute Andrea Pinamonti looked to have sealed a point for Frosinone when he equalized 10 minutes from time, but Dzeko bundled in a cross from El Shaarawy in the fifth minute of stoppage time.

Atalanta lost ground in the race for a Champions League spot after a 2-0 defeat at Torino.

Goals either side of the break from Armando Izzo and Iago Falque consigned Atalanta to its second successive loss, leaving it seven points behind Milan.

Torino, which has European ambitions of its own, moved level on points with Atalanta and Lazio following another superb defensive display. It was its fifth successive match without conceding.

Torino broke the deadlock three minutes before halftime. A corner ricocheted around the box and, although Atalanta goalkeeper Etrit Berisha made a save, the ball came to Izzo and he finished from close range.

The home side doubled its tally less than a minute after the interval as Soualiho Meite put in a cross from the left for Falque to drill into the bottom corner.