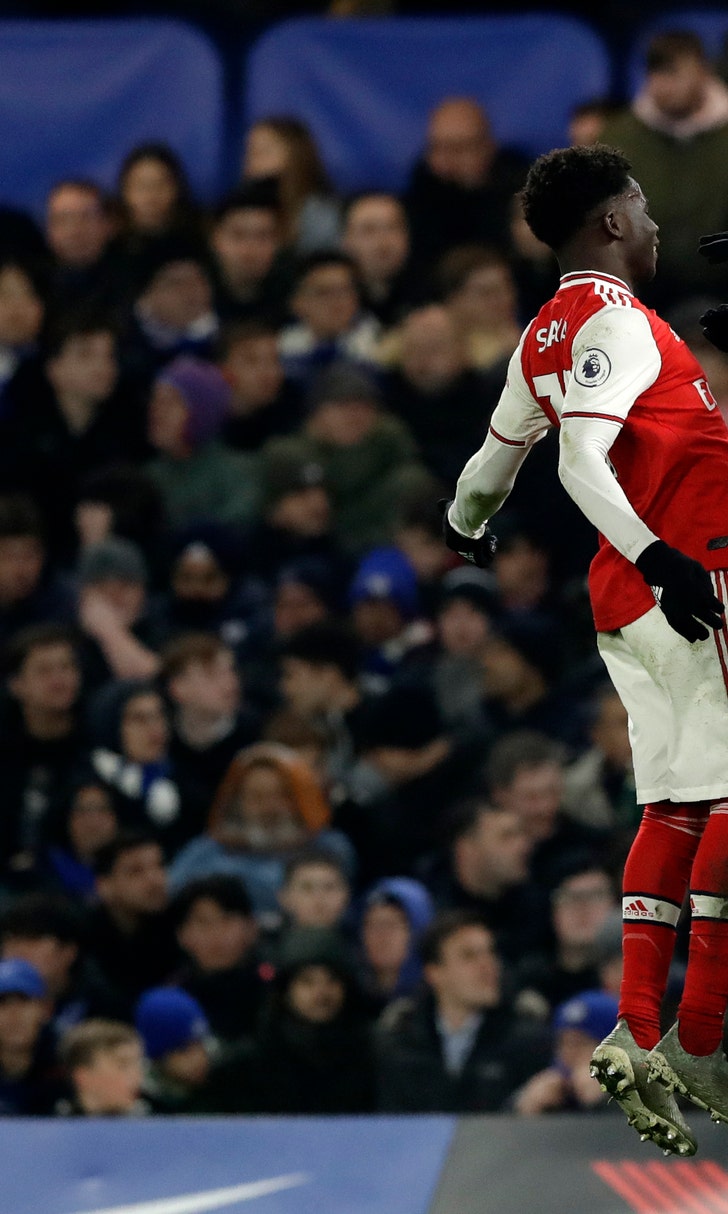 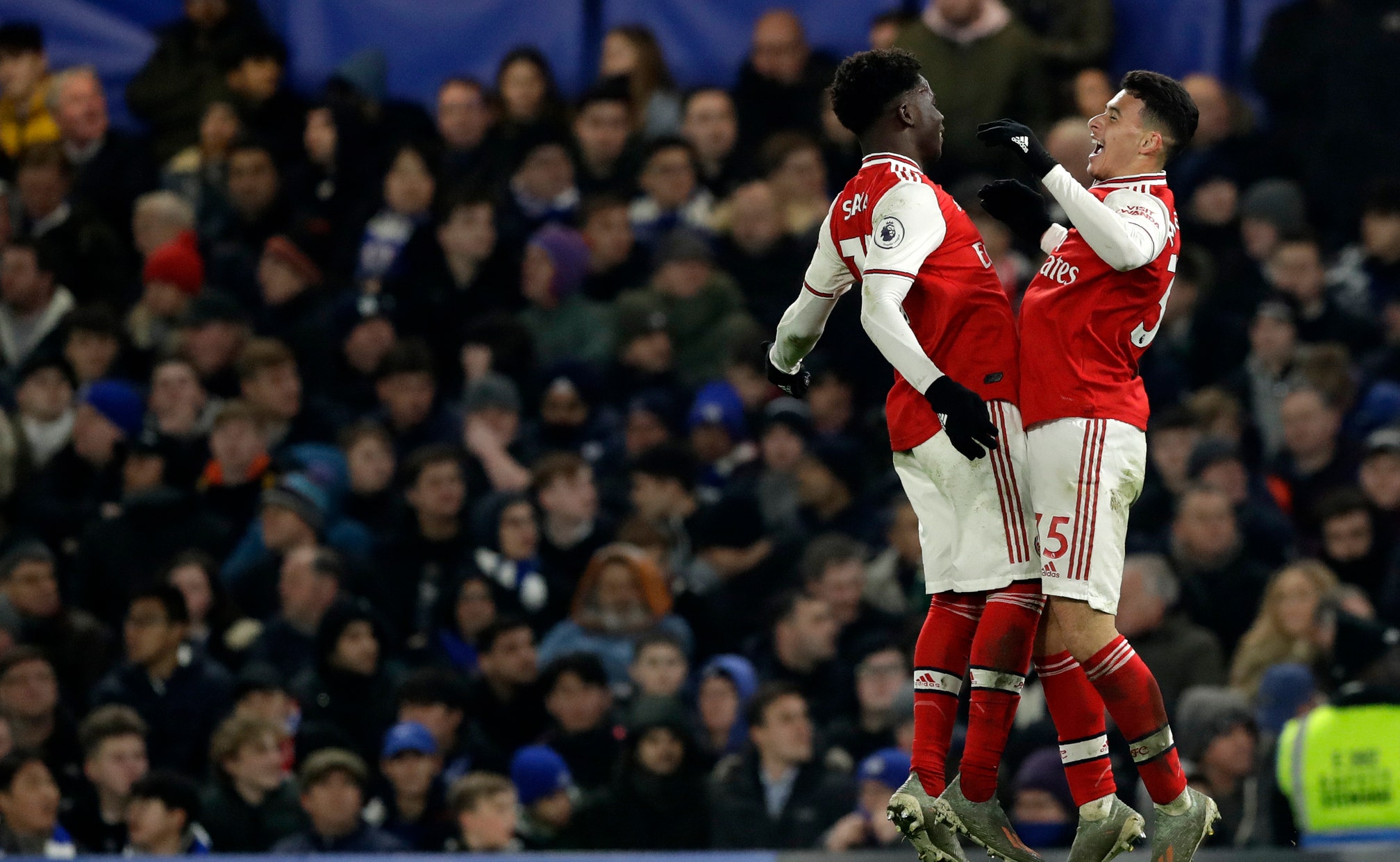 LONDON (AP) — Chelsea twice threw away the lead after Arsenal defender David Luiz was sent off on his return to Stamford Bridge on Tuesday, drawing 2-2 and wasting another chance to strengthen its hold on fourth place in the Premier League.

Cesar Azpilicueta looked to have secured the victory for Chelsea in the 84th minute but stand-in captain Hector Bellerin bent in Arsenal's second equalizer inside three minutes.

There was further concern for Chelsea with Tammy Abraham being helped off the field at the final whistle. The striker had struggled to continue playing after crashing into the pitchside advertising hoardings just before Azpilicueta netted following a corner.

It had been a calamitous start for Arsenal.

Shkodran Mustafi's sloppy backpass to Bernd Leno allowed Abraham to round the goalkeeper. Luiz tried to recover the situation but his option was to haul down the striker, leading to the red card and Jorginho netting from the resulting penalty in the 28th minute.

Chelsea couldn't exploit its man advantage and paid the price when N'Golo Kante's slip allowed Gabriel Martinelli to continue a run that began inside his own half before equalizing.

By eventually holding on for a point, Arsenal remained in 10th place — far from the top four it was once accustomed to finishing in. Chelsea is struggling to lock down a Champions League place, with Manchester United able to trim the gap to three points by beating Burnley on Wednesday.