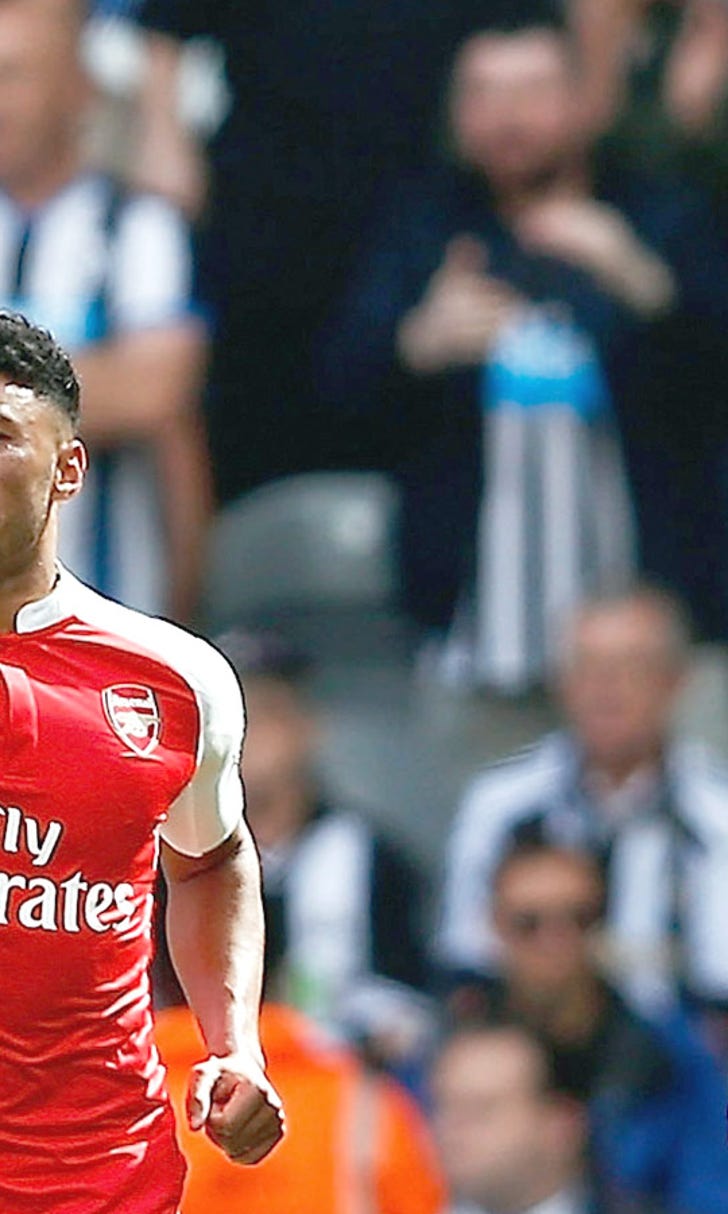 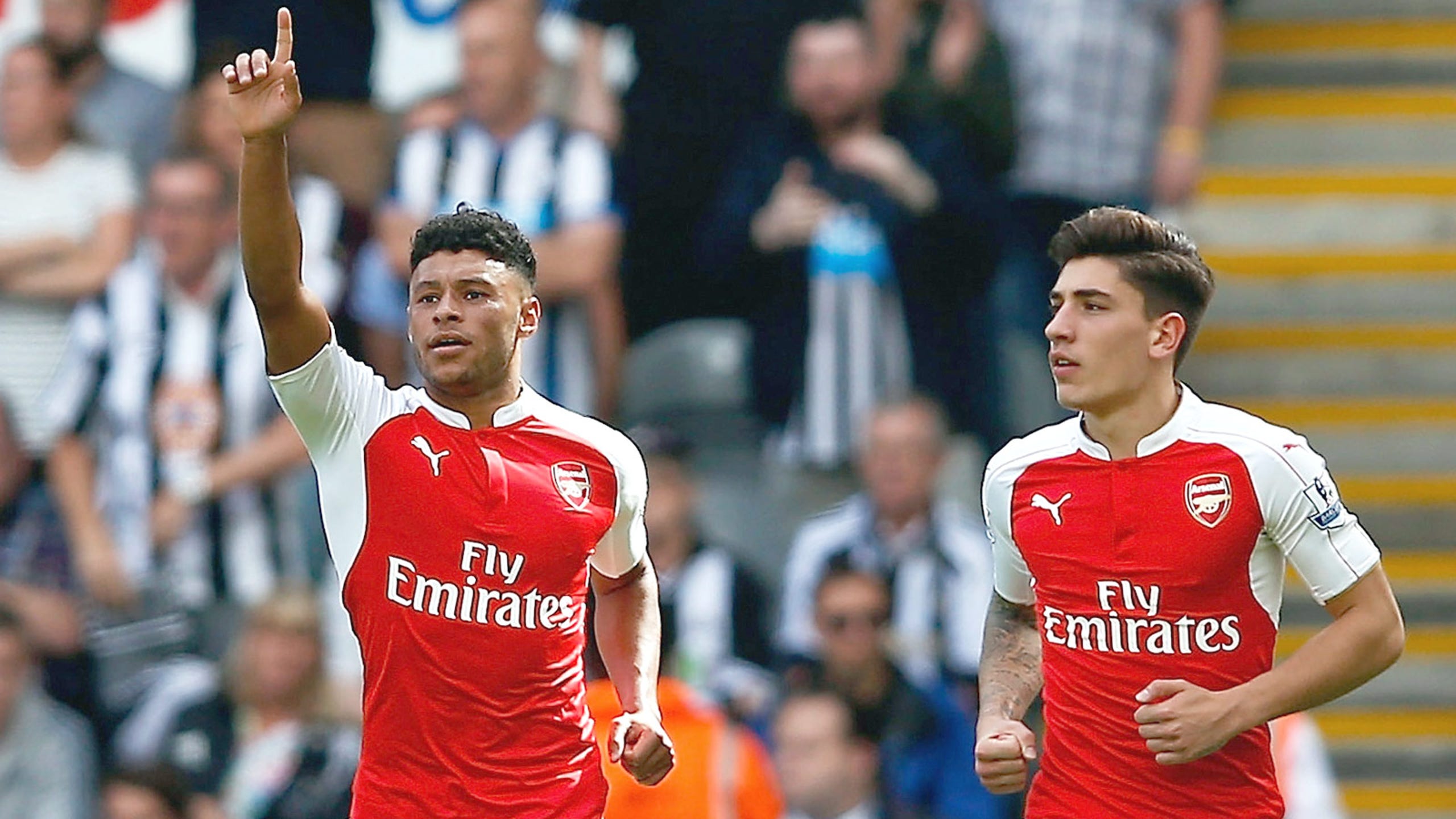 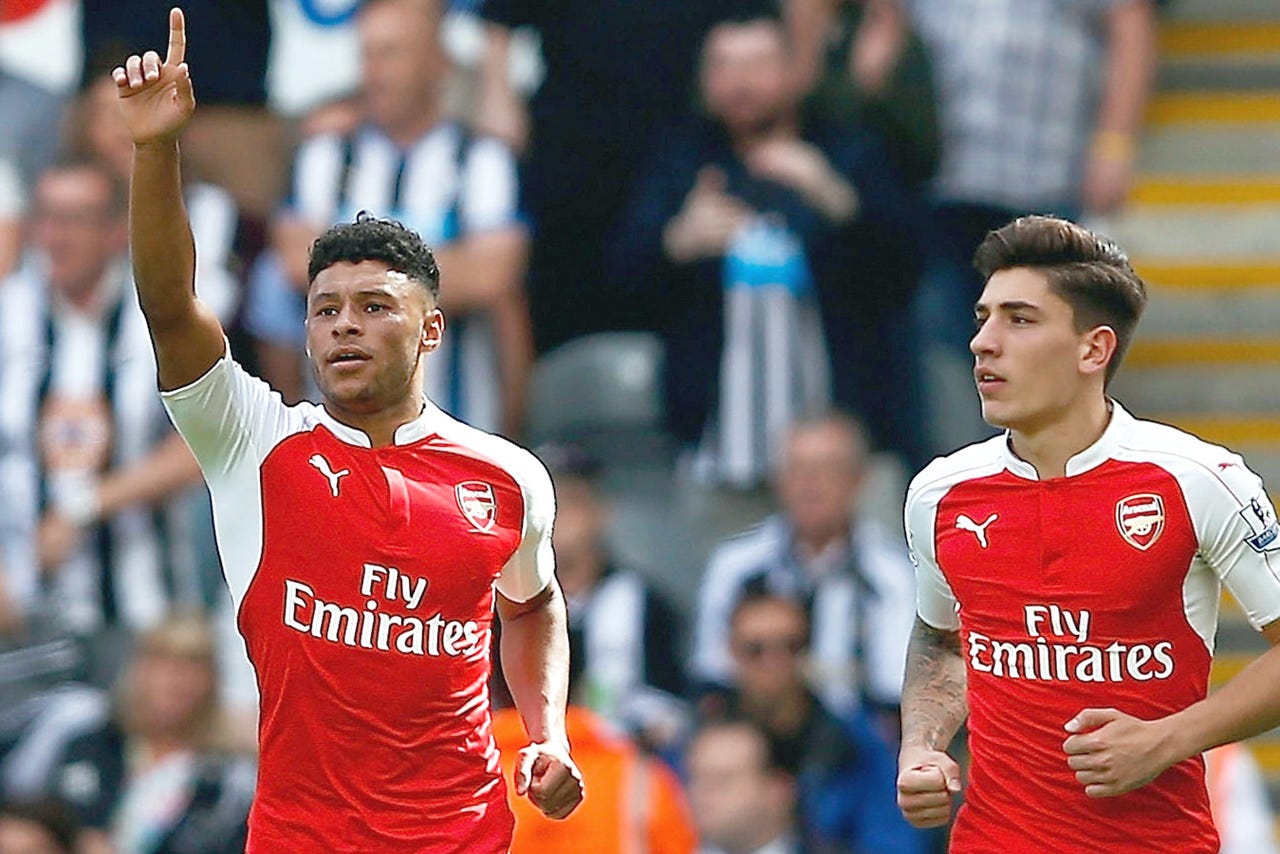 Arsenal edged Newcastle 1-0 Saturday afternoon at St. James thanks to an own goal from Fabricio Coloccini.

A tempestuous affair that saw ref Andre Marriner dish out seven yellows and a red that left the Magpies playing the majority of the match with ten men, the result will nonetheless not ease the Gunners' worries over their impotent offense.

The result nonetheless took Arsenal up to fifth in the table ahead of the late program of games - and kept Newcastle dangerously close to the drop zone. Newcastle have taken just two points now in their first four matches.

With Olivier Giroud relegated to the bench and Theo Walcott running off Alexis Sanchez, Arsenal struggled to break down an organized Newcastle team even after the sending-off, and it was until a deflected shot nestled in at the back post that they were able to break the deadlock.

For all of Arsenal's possession, they once again struggled to translate their dominance into positive action in front of the net.

This looks to be a team lacking in confidence when it comes to shooting, but credit has to also be given on the day to the heroics of keeper Tim Krul. He was outstanding, saving stinging shots from Alexis Sanchez several times, and was blameless on the goal.

Krul was called into action early, stopping a swerving shot from Walcott that almost snuck after him in the 8th minute.  But he dodged a real test when Arsenal were denied a penalty minutes later.

Florian Thauvin stood on Hector Bellerin's heel in the box to bring the defender down but Marriner incorrectly waved the play off. Arsene Wenger was clearly upset about the call and replays showed he had more than a case.

If Newcastle were riding their luck then, it swiftly ran out. New boy Aleksandar Mitrovic was shown a straight red after stamping on Francis Coquelin in the 16th minute, reducing the hosts to ten men.

The Serbian international has not had a smooth start to his tenure, collecting two yellows and a red now in just four matches and there could be no argument over his ejection.

But against ten men, Arsenal started to look timid. Steve McClaren's men were solid and organized, and even if they could not get out of their own half, the Gunners too often declined to shoot with Santi Cazorla cutting a particularly frustrated figure.

Walcott then spurned a gift on the half hour: with Krul beat after parrying a stinging drive from Alexis, the England winger conspired to miss the entire frame of an open net.

The sides went into the lockers at the break with jeers ringing in Marriner's ears from both sets of fans, but after the break, Arsenal finally picked the lock.

Aaron Ramsey's drive from the edge of the box was well-saved by Krul, but Alex Oxlade-Chamberlain managed to get a hold of it and blew it to the far post, courtesy of that huge deflection off Coloccini.

It was certainly deserved on the amount of possession that the Gunners had maintained - but it felt cruel on a Newcastle side that had been until that point equal to the task.

To Arsenal's credit, they began to turn up the pressure, with Ramsey and Alexis combining well to force Krul into a series of solid stops.

But the introduction of Giroud for Walcott with twenty to play, did nothing to dispel the feeling that Wenger must sign another striker before Tuesday evening if his team is to make a serious challenge for the title.

Arsenal will take comfort in grinding out a win absent some of their key players: Mesut Ozil and Per Mertesacker were absent and Danny Welbeck will not be available until after the international break this coming weekend.

But they will be chastened by the fact they have once again got off to a sputtering start in the league, a situation that ended their title hopes last year before Christmas.

Sadly for their fans, Arsenal - who have added talent in dribs and drabs - have not yet managed to put all the pieces together and sign a striker of true world-class quality.