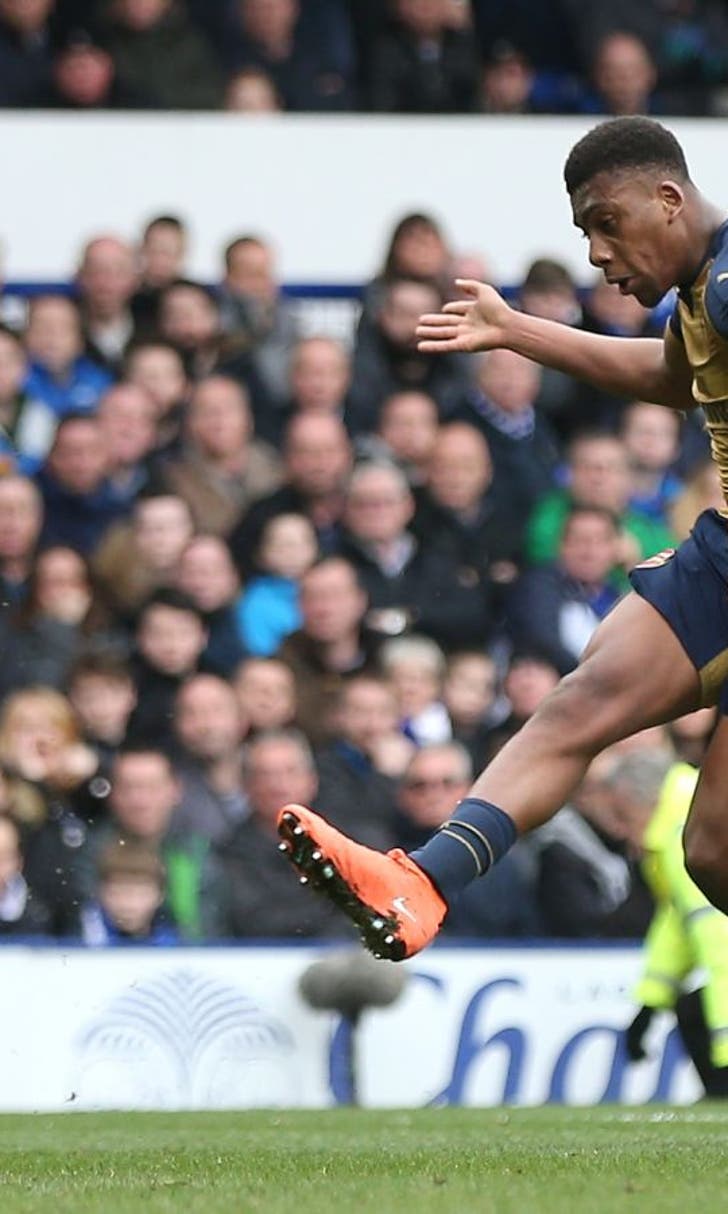 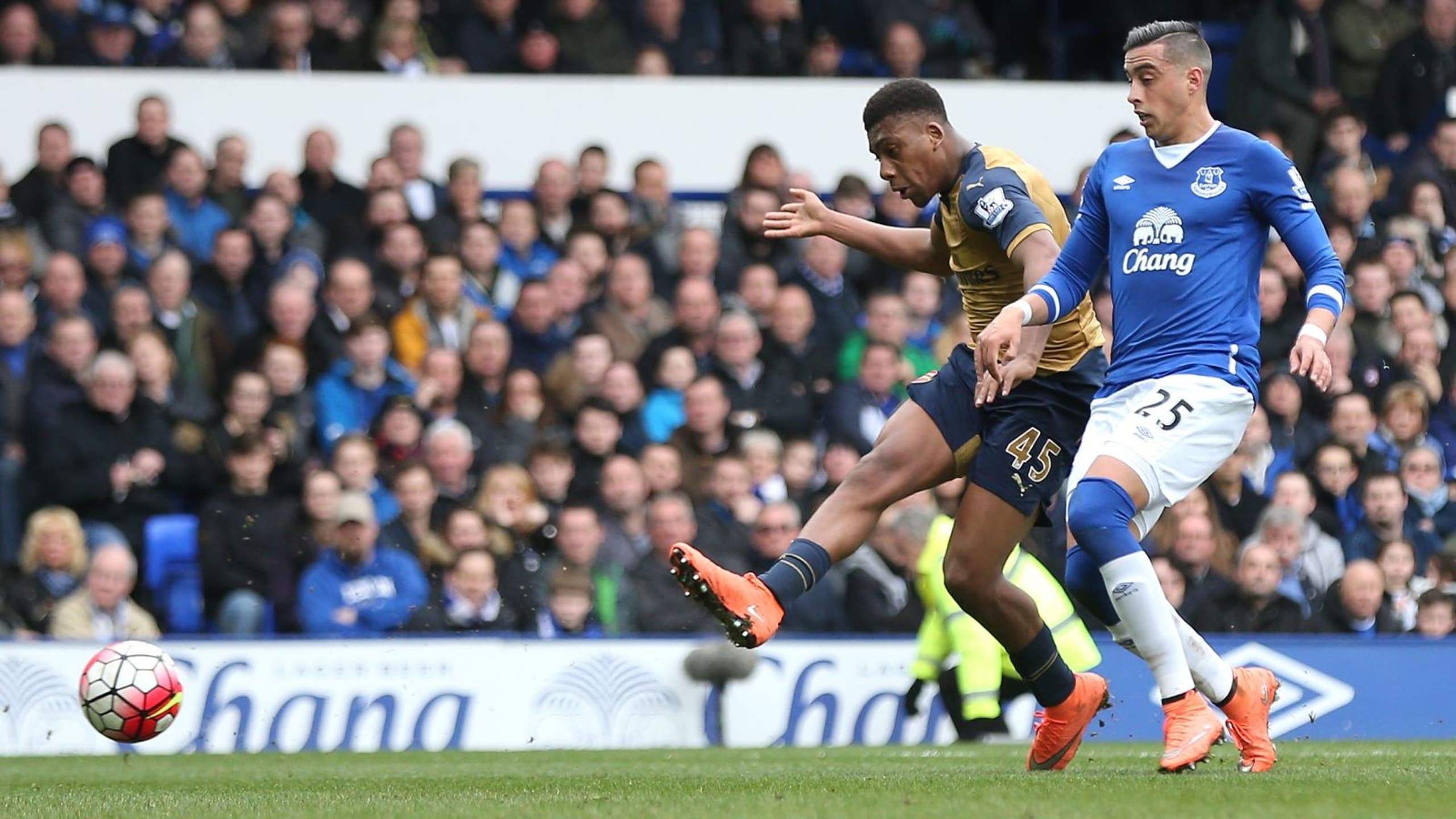 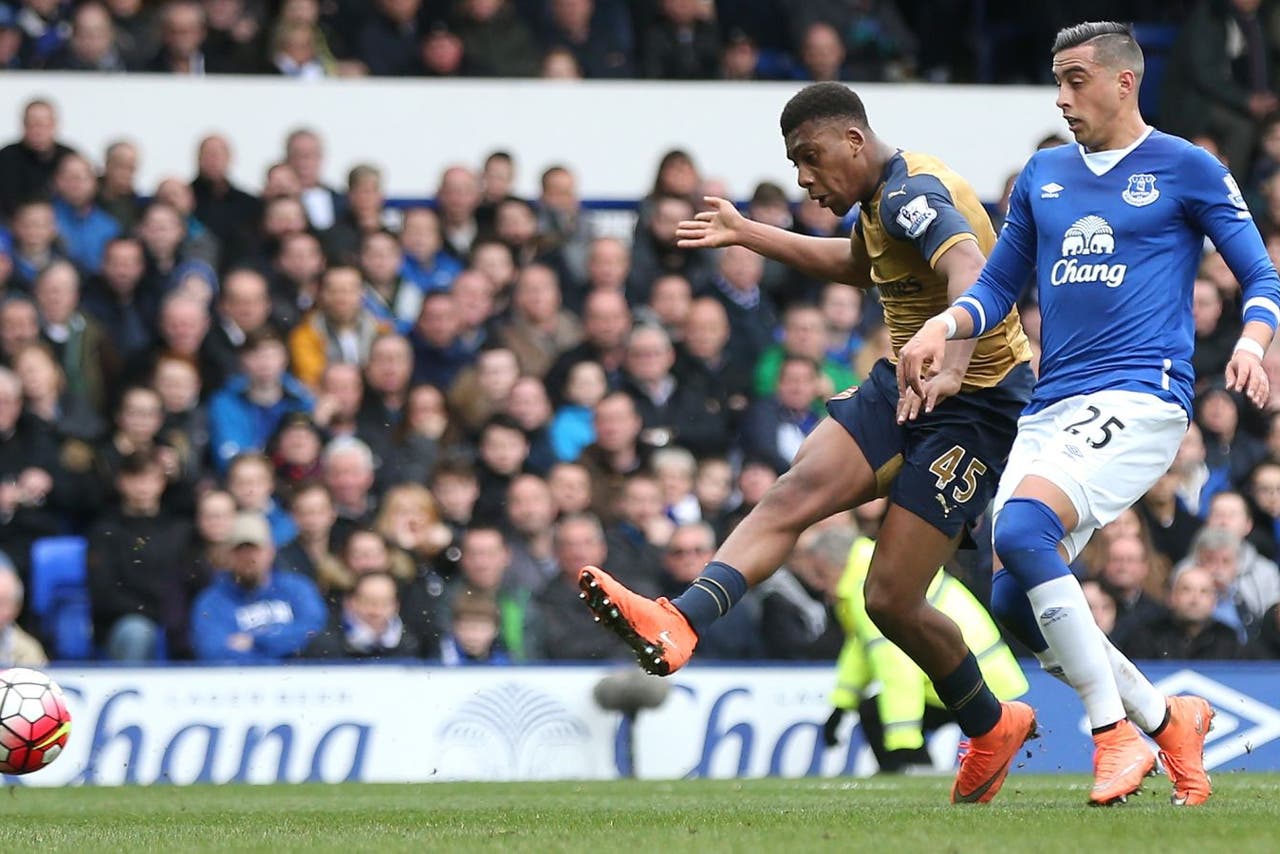 Arsenal ended a difficult week with a first league victory in a month after a 2-0 win at Everton kept their faint title hopes alive.

After exiting the FA Cup and Champions League within the space of four days, Danny Welbeck and 19-year-old Alex Iwobi, with his first for the club, scored in the opening 45 minutes at Goodison Park to ensure the Gunners still retain some interest in the pursuit of Premier League leaders Leicester.

Having been humbled by Watford and then Barcelona, manager Arsene Wenger, who on Friday defiantly insisted they were still in the title race, would have wanted to see a response.

Fortunately for the Gunners they found themselves faced by the Everton which had won just seven league matches at home in the last 12 months and not the one who dumped Chelsea out of the FA Cup last weekend.

Without Gareth Barry, serving a suspension for his sending off a week ago, Arsenal were allowed to dominate the 40 yards between centre-circle and penalty area with very little in the way of opposition.

It gave the visitors the space to play their little triangles and that led to the breakthrough after just seven minutes, with a 12-pass move culminating in Alexis Sanchez exchanging possession with Mesut Ozil before sliding a through-ball to Welbeck, who perfectly timed his run in behind the defence leaving him with the simple task of beating goalkeeper Joel Robles.

Welbeck had already hit the post, just after Seamus Coleman had done the same at the other end, in a manic 60 seconds just two minutes in.

Sanchez admirably stayed on his feet when the alternative would surely have led to a penalty after both Muhamed Besic and Ramiro Funes Mori had a nibble at him as Everton's ineffectiveness extended to tackles inside their own area but passivity in midfield continued to be the biggest problem and it cost them just before the break.

Full-back Hector Bellerin launched a pass down the right channel to completely expose Funes Mori in a two-on-one situation and while Iwobi may not yet possess all the skills of his mercurial uncle Jay-Jay Okocha he displayed a similar coolness in the final third, ignoring Ozil on his own in the middle to confidently slot past Robles.

The half-time entertainment was from soul band The Drifters, which could be construed as a less-than-subtle metaphor for Everton's season which now hinges on an FA Cup semi-final in five weeks' time.

It will be a long time to tread water for Martinez, whose status among fans has swung one way then the other in the last couple of weeks with cup victories and league defeats but is definitely on an ever-decreasing downward spiral.

Everton have conceded 28 goals in 15 home matches, the worst record in the Premier League, and the longer that continues the more precarious his position becomes.

The second half brought a slight improvement from the hosts but Arsenal were more than comfortable in containment mode to secure their first clean sheet in five league games.