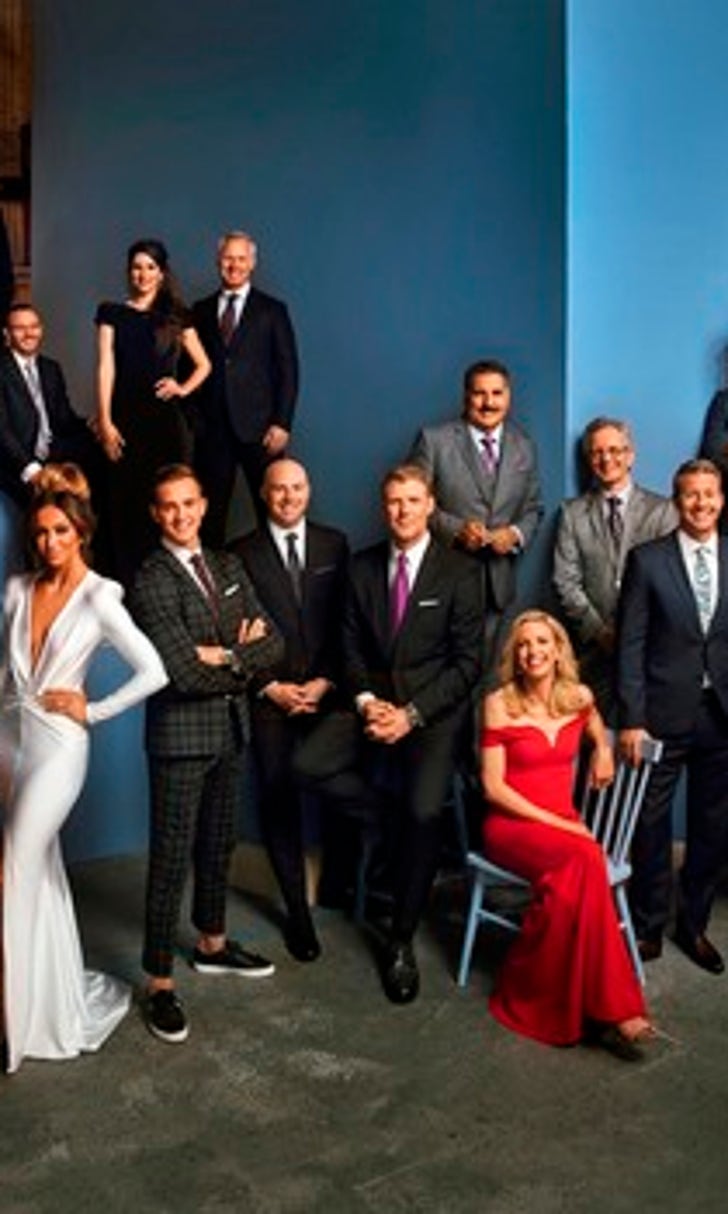 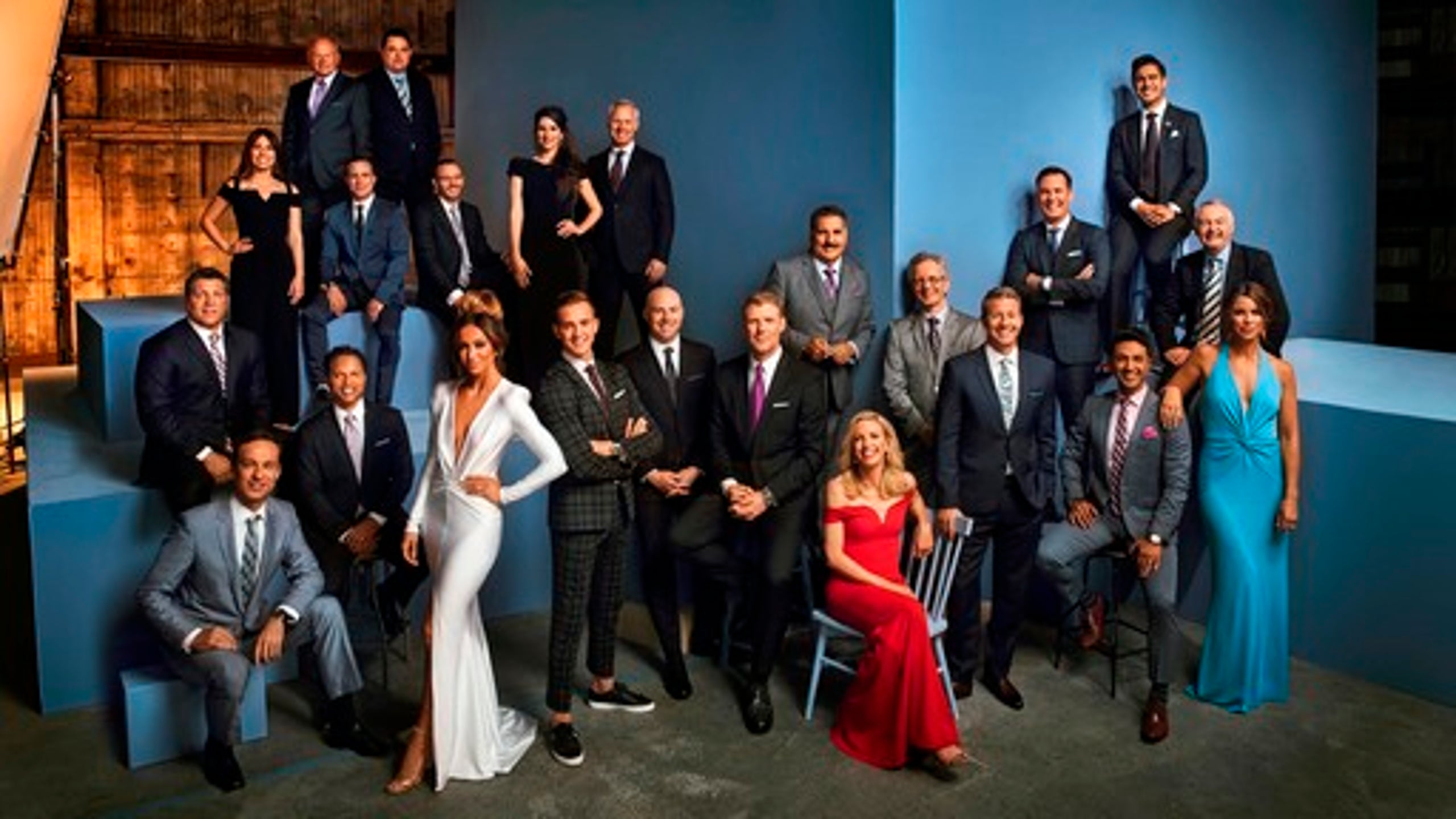 NEW YORK (AP) Fox's World Cup debut will have an American accent, even though the United States failed to qualify for the tournament.

And many of the game broadcasters will be based in the U.S.

The network announced Wednesday that eight of its 12 match commentators will be American, headed by the lead team of John Strong and Stu Holden.

Aly Wagner will be the first female game analyst for a men's World Cup on U.S. television.

Fox's coverage will be a marked contrast to British voices that dominated ESPN's telecasts of the past two tournaments.

JP Dellacamera and Tony Meola will be Fox's only other crew based in Russia and will call the host nation's opener against Saudi Arabia on June 14. Strong and Holden start with the Spain-Portugal game the following day and will work the final on July 15.

The other four crews will broadcast from Fox's studios in Los Angeles, where Wagner will be paired with Derek Rae, who broadcast the last two World Cups for ESPN. The other crews are Glenn Davis and Cobi Jones, Jorge Perez Navarro and Mariano Trujillo, and Mark Followill and Warren Barton.

Rae (Scotland) and Barton (England) are the only British voices. Perez Navarro, on loan from ESPN Deportes, and Trujillo form an all-Mexican pairing. While born in Scotland, Holden grew up in Texas and made 25 appearances for the U.S. national team from 2008-13 in a career shortened by knee injuries.

''It's become a lazy comparison and people judging the voices just purely on an accent,'' Holden said. ''American voices should be seen as normal.''

''There's no question that we did this deliberately, and the message is that we have an abundance of outstanding American play-by-play voices and frankly it would make no sense not to avail ourselves of that,'' said David Neal, executive producer of Fox's World Cup coverage. ''It's as solid a group of American voices as have ever been collected for a World Cup.''

Strong and Holden are both 32. Strong calls it a generational change ''riding this wave of soccer in America and these cultural touchstones of MLS and Fox Soccer Channel and the FIFA video games.''

Wagner, who scored 21 goals in 131 international appearances from 1998-2008, called Cameroon-Chile, Chile-Australia and Cameroon-Australia for Fox alongside Dellacamera during last year's Confederations Cup. Rae and Wagner have nine group-stage games, opening with Morocco-Iran on June 15.

''It wasn't that I set out to end up calling a men's World Cup match, but my path has led me here now and I'll be extremely proud doing it,'' Wagner said. ''Hopefully I can prove it's about my effort and my work and my passion and my commitment and my love for the game that comes through when I call the match as opposed to it having anything to do with being the first female.''

Argentine Viviana Vila was announced last month as a match analyst for Telemundo, the Comcast-owned network that has U.S. Spanish-language television rights.

ESPN broadcast six straight World Cups from 1994-2014 but in 2011 Fox won bidding for the 2018 and `22 tournaments. After FIFA shifted Qatar 2022 from summer to a November start opposite the NFL and college football, FIFA gave Fox 2026 rights without competitive bidding.

For the 2002 World Cup in South Korea and Japan, ESPN broadcast 47 matches from its studios in Bristol, Connecticut, and had just one on-site broadcast pair. There were 23 games called from Bristol in 2006, when the network had three crews in Germany.

ESPN expanded to four crews in South Africa in 2010 and called seven matches from the International Broadcast Center in Johannesburg, then used five pairings four years ago in Brazil and had 13 games broadcast from the IBC in Rio de Janeiro.

''It's not an advantage at all. You're limited in what you get to see,'' Wagner said. ''I'm hoping that we'll have maybe an extra cam, like a tactical-view cam. That will help. But sometimes you're just limited to what the viewers at home see. It just gives you a different perspective when you are able to be at the game.''

''Sometimes it actually helps you really narrow your focus on relating what everyone is seeing at home to what we're going to talk about,'' she said.

Telemundo will call the majority of the matches from stadiums, with the rest from the IBC in Moscow, spokeswoman Eva Mejicanos said.

Neal said ''the technology allows us now to leave a lot of our operations in U.S., and there's no reason not to do that.'' He would not say whether the U.S. failure to qualify caused budget cutbacks that altered the total of on-site crews in Russia.

Fox will broadcast all matches on site from the quarterfinals on. Thirty-eight matches will be on the main Fox network and 26 on FS1. The final on Fox kicks off at 11 a.m. EDT, two hours after the start of the Wimbledon men's single final, to be televised by ESPN.

Rob Stone will be the lead host in the studio, which was constructed two weeks ago in Stuttgart, Germany, taken apart and put in trucks to be taken to Moscow, where it will be reassembled in Red Square. Other studio hosts include Kate Abdo, Fernando Fiore and Ian Joy.

Former U.S. goalkeeper Brad Friedel had been set to be part of Fox's coverage before he was hired in November to coach Major League Soccer's New England Revolution, and Landon Donovan withdrew from coverage plans after coming out of retirement to play for the Mexican club Leon. Former American forward Eric Wynalda left Fox to run for U.S. Soccer Federation president and has not returned since losing to Carlos Cordeiro in February.