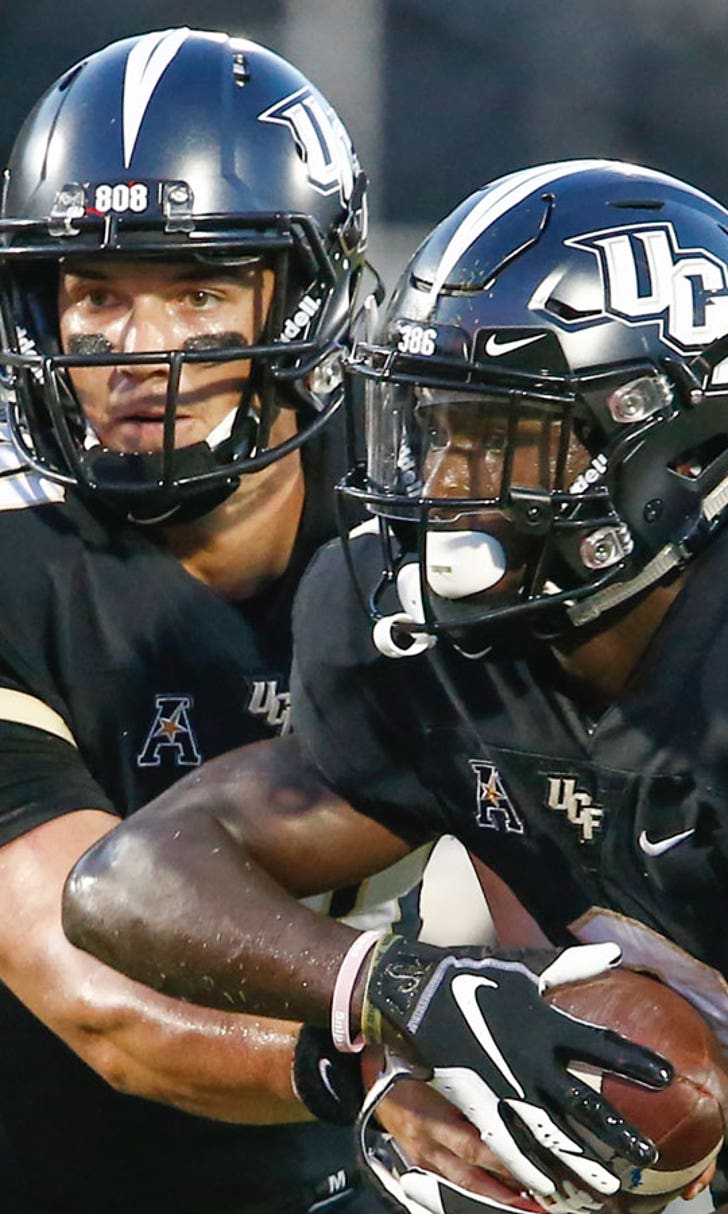 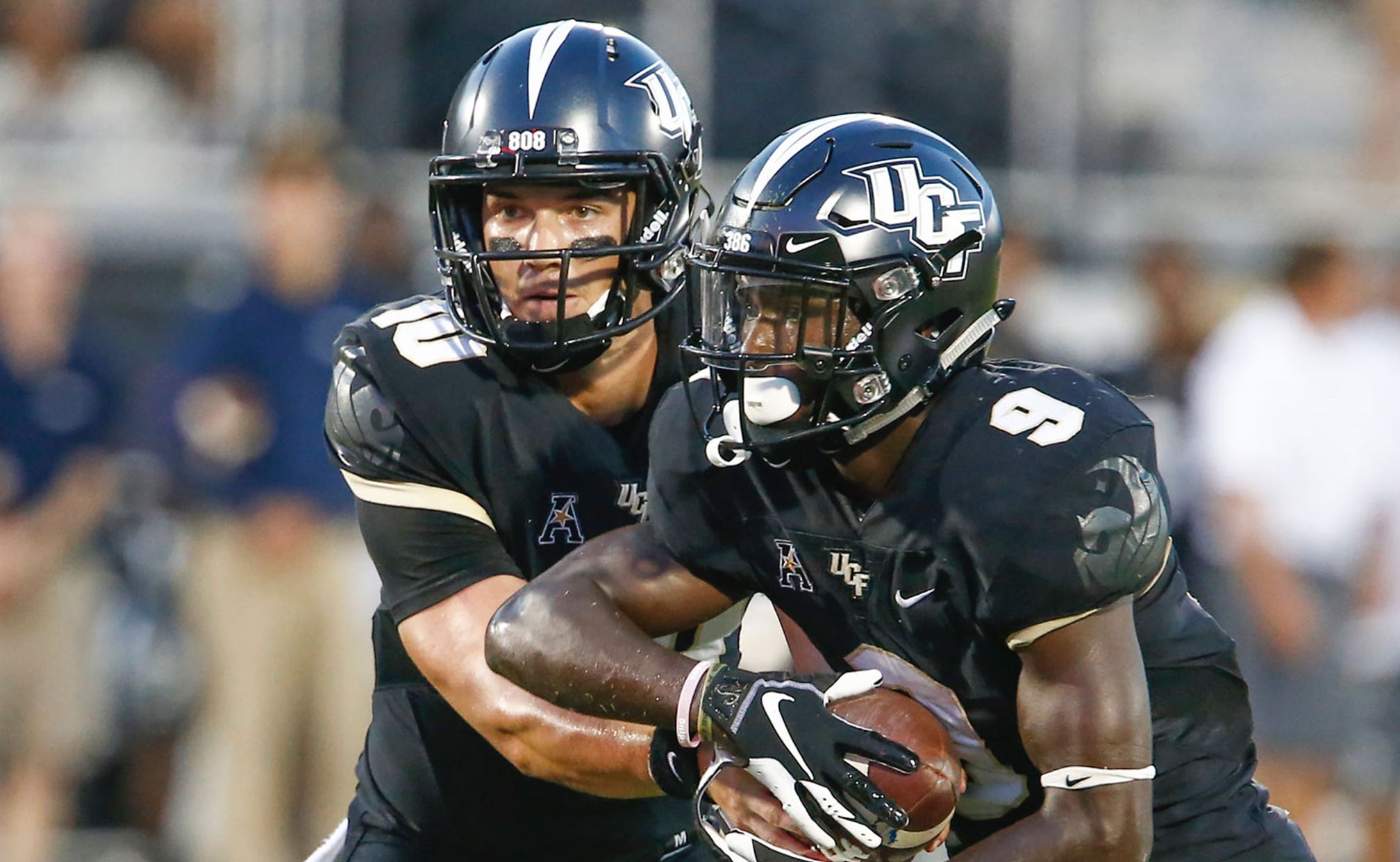 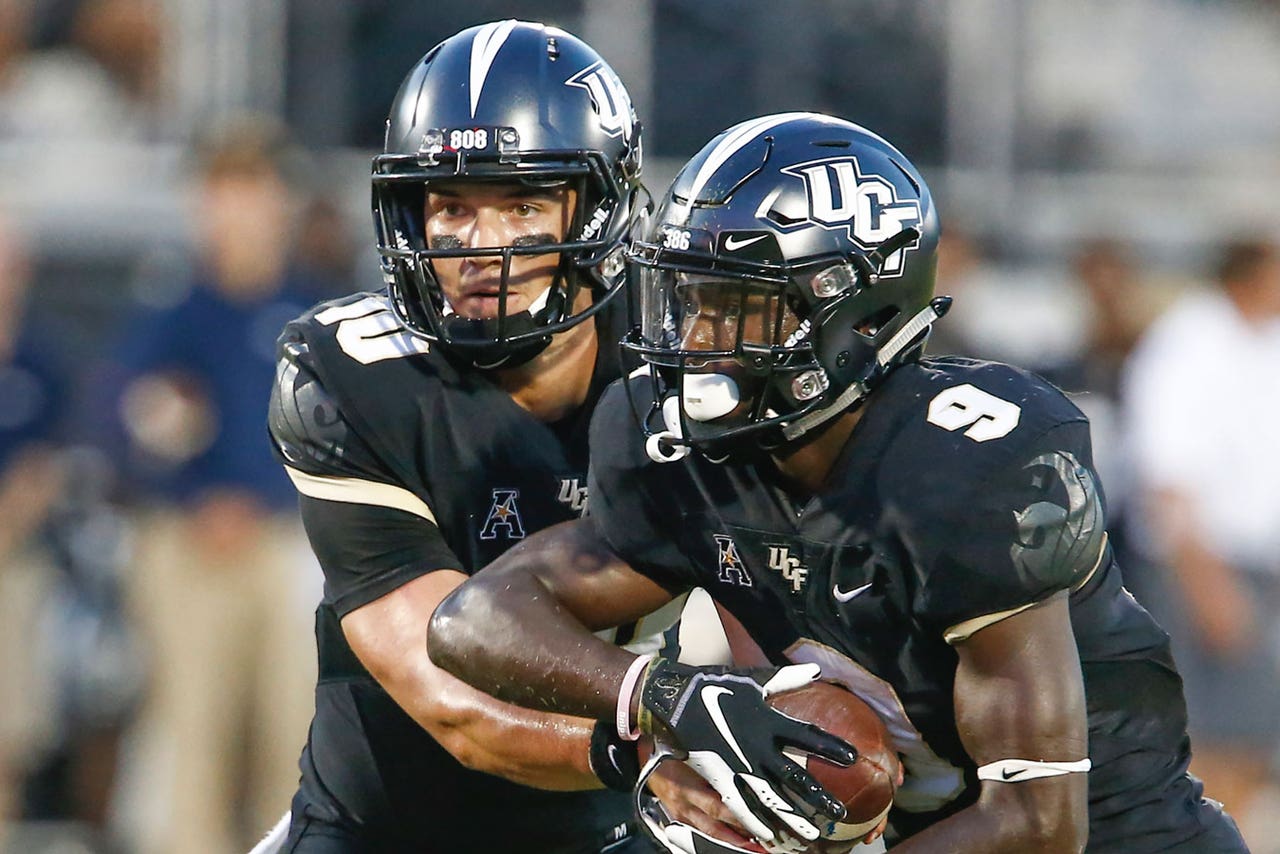 ORLANDO, Fla. (AP) — With McKenzie Milton on top of his game, No. 16 UCF keeps rolling along.

The junior from Kapolei, Hawaii, ran for a career-best three touchdowns while throwing for three more, helping the Knights rally from a second-quarter deficit to remain unbeaten and extend the nation's longest winning streak with a 56-36 rout of Florida Atlantic on Friday night.

"When things got a little shaky," Milton said, "we didn't flinch."

The 2017 American Athletic Conference player of the year completed 21 of 32 passes for 306 yards without an interception. And the Knights (3-0), who trailed 17-14 late in the second quarter, won for the 16th straight time to set a record for consecutive victories by an AAC team.

"They're a good football team," Milton said. "You're not always going to be able to break (the game) open right away."

Milton scored on runs of 12, 9 and 13 yards, using a nifty jump cut to avoid a defender and get into the end zone on the last one.

Touchdown passes of 12 yards to Dredrick Snelson, 21 yards to Marlon Williams and 19 yards to Gabriel Davis hiked Milton's career total to 56 — tied with Blake Bortles for fourth-most in school history.

"Playing good teams, you're going to have to use the QB run as well," said Milton, who finished with a team-high 81 yards rushing on 13 attempts.

FAU (2-2) stayed close for a half, but ultimately couldn't keep pace with the prolific UCF offense. Devin Singletary rushed for 131 yards and three TDs for the Owls, who finished with 320 yards on the ground.

UCF led 21-17 at the half, letting a two-touchdown lead slip away and falling behind on a second-quarter field goal.

That's when Milton took over, moving the Knights 78 yards in just over a minute and connecting with Williams to put UCF ahead for good.

Chris Robison settled down after throwing an interception that led to UCF's first touchdown and fed the UCF defense a steady diet of Singletary. The Owls battled back by putting together a couple of time-consuming scoring drives that kept Milton off the field.

Robison was intercepted three times and finished 13 of 26 passing for 124 yards, including a 23-yard TD throw to Kerrith Whyte late in the third quarter.

Florida Atlantic: The Owls entered the season with hopes of working their way into the playoff conversation in December. Those aspirations were dashed by a 63-14 loss at Oklahoma, but Friday was an opportunity to knock UCF off course to be part of the debate

UCF: Milton finished eighth in Heisman Trophy voting last season, when he helped UCF go 13-0, including a victory over Auburn in the Peach Bowl. He went 4 of 4 for 74 yards on the Knights' go-ahead drive and then ran for a pair of scores in the third quarter to build the lead to 35-17.

UCF moved up two spots in the Top 25 despite having an unscheduled bye week because of Hurricane Florence, which forced last week's game at North Carolina to be canceled. Beating FAU won't bolster the Knights' case for a higher ranking, but they could benefit if teams ahead of them stumble.

UCF, which finished with 545 yards total offense, has scored 30-plus points in every game during its winning streak. Meanwhile, Milton has thrown for at least one touchdown in 17 straight games, dating to 2016.

Singletary has an impressive streak of his own for FAU, scoring a rushing touchdown in 17 consecutive games. The 5-foot-9, 200-pound junior scored five TDs against Bethune-Cookman and has nine in three games this season after scoring 32 a year ago.

UCF: Hosts Pittsburgh next Saturday in its final nonconference game.