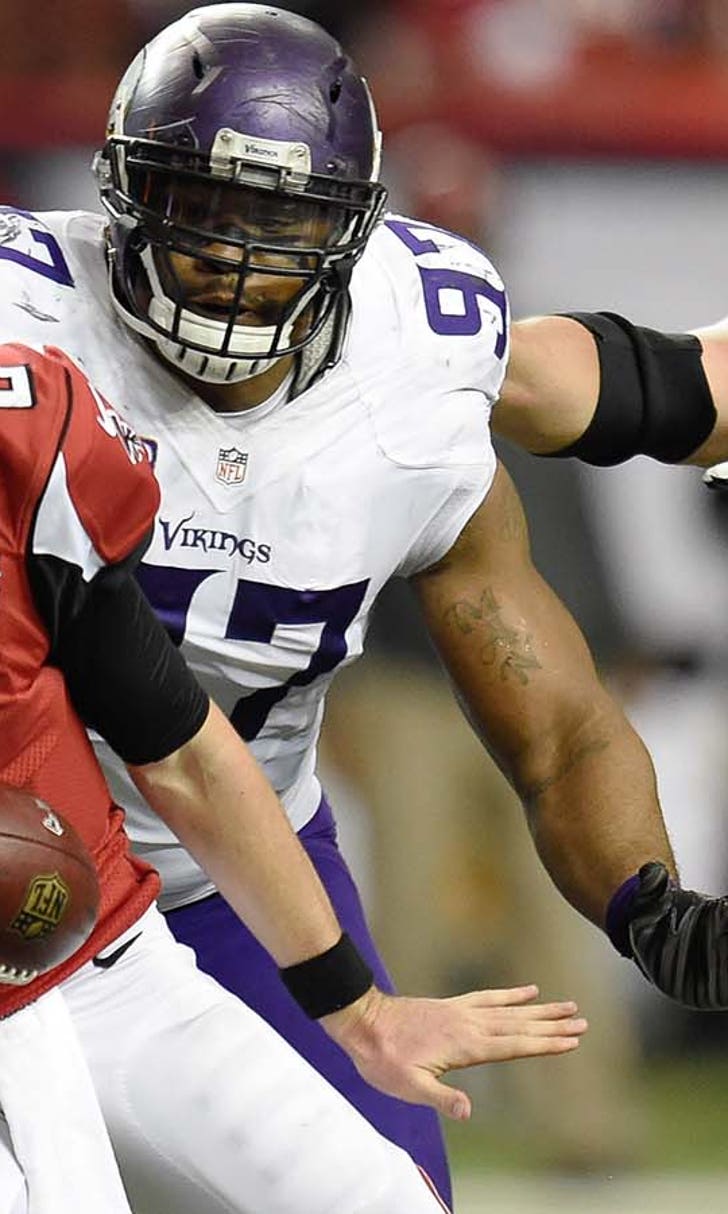 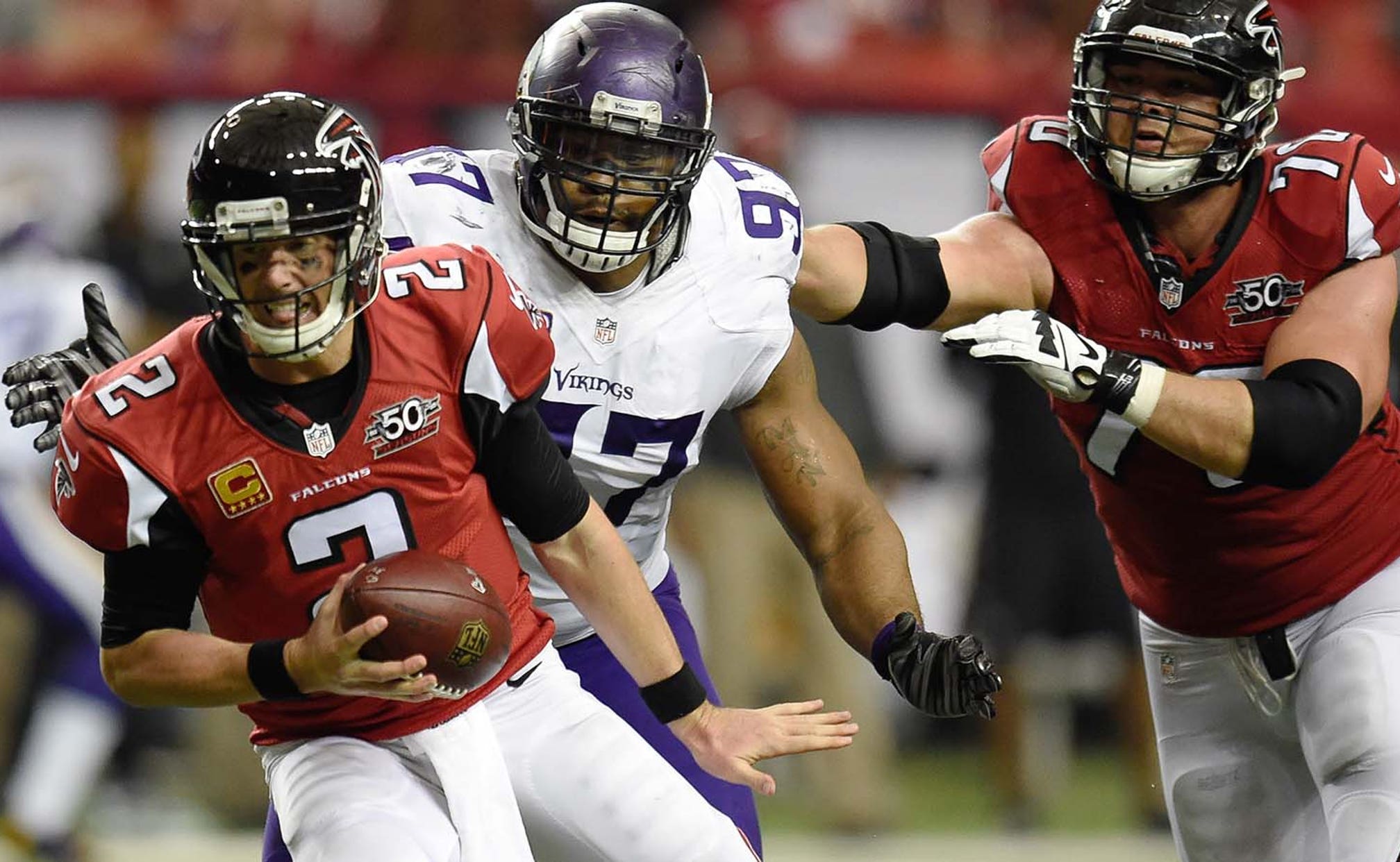 Top-5 defense to lead the way for Vikings in Atlanta 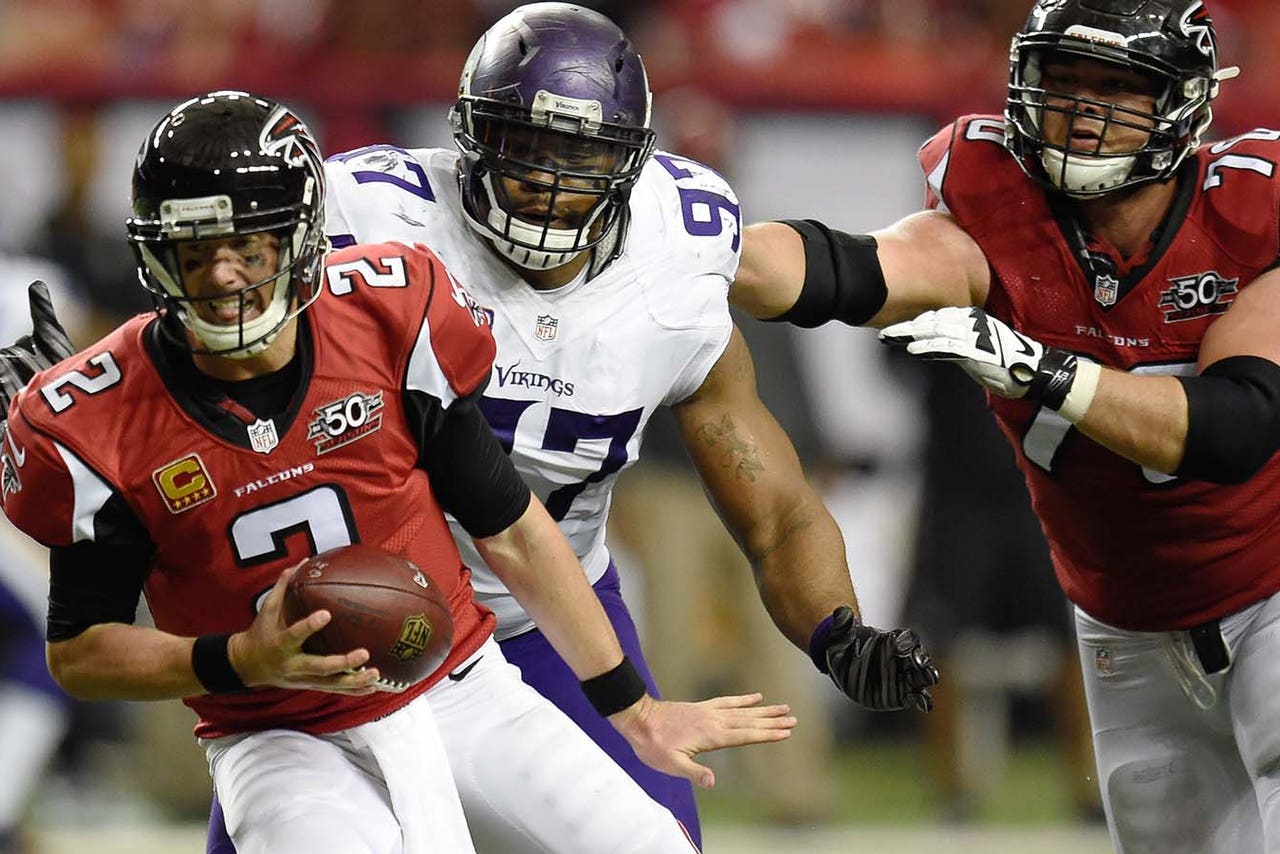 MINNEAPOLIS -- The Atlanta Falcons used the NFC North to show there would be no Super Bowl hangover by starting the season with three straight wins against the division.

With Atlanta now fighting just to return to the playoffs, the NFC North is standing in its way.

Minnesota (9-2) has taken control of the division with seven straight wins as they head south to face the Falcons (7-4) on Sunday. The Vikings lead the North by three games but know they are competing for much more this season.

A year after missing the playoffs, the Vikings have a chance at home-field advantage. They trail Philadelphia by a game heading into Week 13.

"We've yet to accomplish everything we want to accomplish, and we've got a lot of work ahead of us, but we're hungry for it," said Case Keenum, who has earned another start this week at quarterback. "I think everybody in this locker room is hungry."

Keenum's play has helped Minnesota to one of the top offenses in the league.

Keenum, who became the starter after Sam Bradford was injured and hasn't yielded to a healthy Teddy Bridgewater, is averaging 7.5 yards per pass attempt and has 14 touchdowns with only five interceptions and seven sacks.

Zimmer isn't making a change at quarterback but hasn't anointed Keenum the starter for the rest of the season, either.

"We're just going to one week at a time," Zimmer said. "That's just the way it is. I'm not looking to pull him, but every week is a different week in this league."

With the Vikings winning and Keenum making plays, Zimmer doesn't need to make a switch or declare any long-term starter.

Of course, the big difference between the teams -- other than being separated by two wins -- is Minnesota's top-five defense. 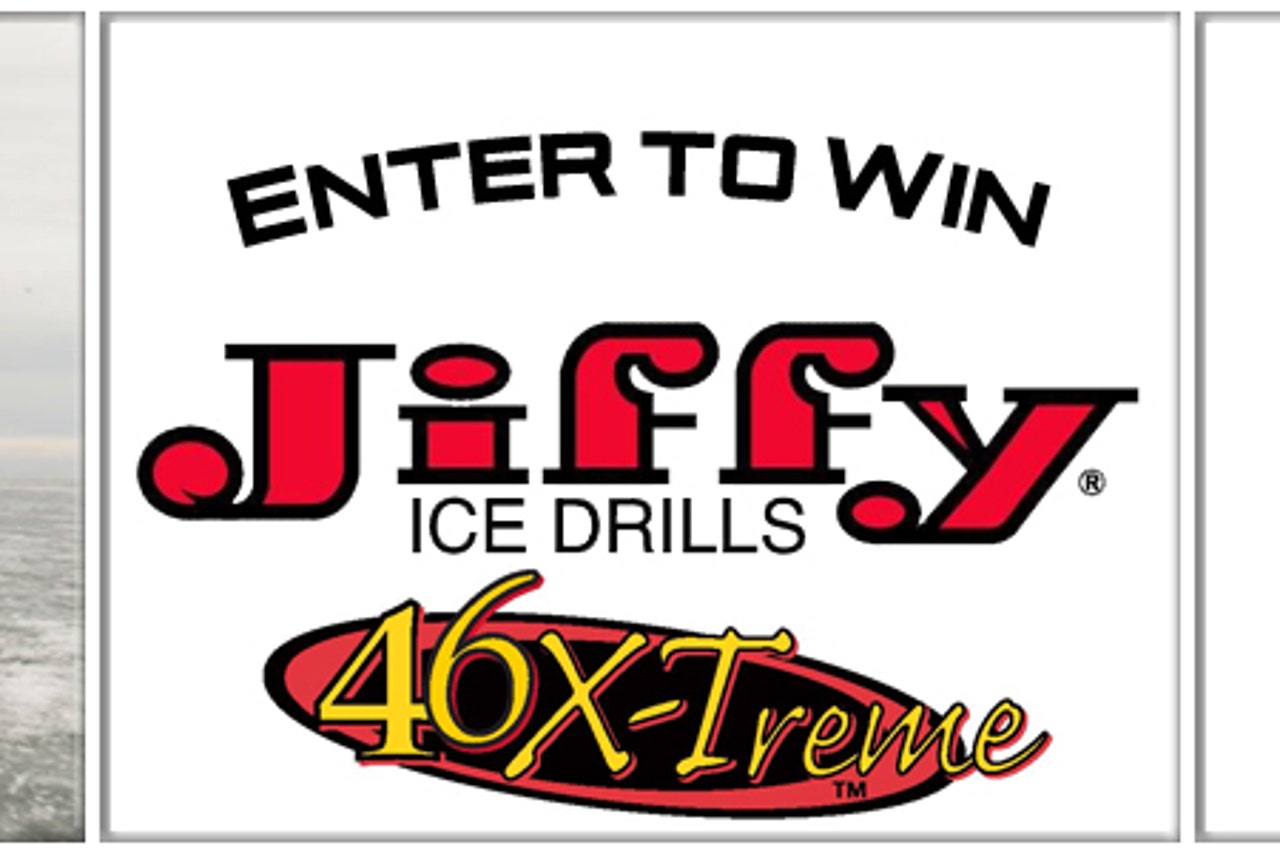 "When you first watch their tape this year, one of the things I most admire is they're very good tacklers and you don't see a lot of explosive plays due to missed tackles," Atlanta coach Dan Quinn told the Atlanta Journal-Constitution this week. "They've got a pass rush, an ability to create turnovers with a physical style with the safeties, the corners can really run and tackle. Front to back, they play really good, fundamental football. They've got a good pressure package."

The Falcons have found their explosive offense as the season has progressed. Atlanta has won four of its past five games, and scored at least 27 points in winning three in a row.

If there is a team that might be able to handle Jones, it could be the Vikings. Minnesota features shutdown cornerback Xavier Rhodes on the back end and a pass rush led by Everson Griffen's 12 sacks.

"It's the same regimen, same thing," Rhodes told the St. Paul Pioneer Press of matching up with Jones. "Go into the game, don't believe in the hype, don't be afraid of the name, just believe in the game. I know he's one of the best receivers in the league, and I've just got to go out and play with the mindset of having confidence going against him."

The Falcons are likely to get back another playmaker on offense as well, with running back Devonta Freeman cleared from his concussion. Freeman has rushed for 515 yards and five touchdowns this season and has added 19 catches for 137 yards.

Freeman was a full participant in Wednesday's practice after being cleared from his second concussion of the year and third of his career, according to the team's website.

"It's not something to worry about because I feel like anything that is going to happen will happen," Freeman told the website. "You can't live and dwell on what happens in the past. I'm just moving forward. I'm going to be the same guy when I get back on the field. Still have fun, talk junk a little bit ... just have fun with it."

Tevin Coleman had rushed for 140 yards and three touchdowns over the past two games in place of Freeman.

"We're hopeful of that, yeah," Quinn told the Atlanta Journal-Constitution of Freeman getting a full workload. "From a conditioning standpoint, he's in good shape. He's really pushed it in that way, so we're hopeful that we get back to both Tev and Free and use them together."

Two injury concerns for the Falcons are starting cornerbacks Brian Poole and Desmond Trufant. Both left last week's game and did not practice Wednesday. Poole is dealing with a back injury, while Trufant has a concussion.

Minnesota's injury report Wednesday was much cleaner. Linebacker Eric Kendricks was out with a hip injury. Right tackle Mike Remmers has passed concussion testing, but was limited with a low back injury. 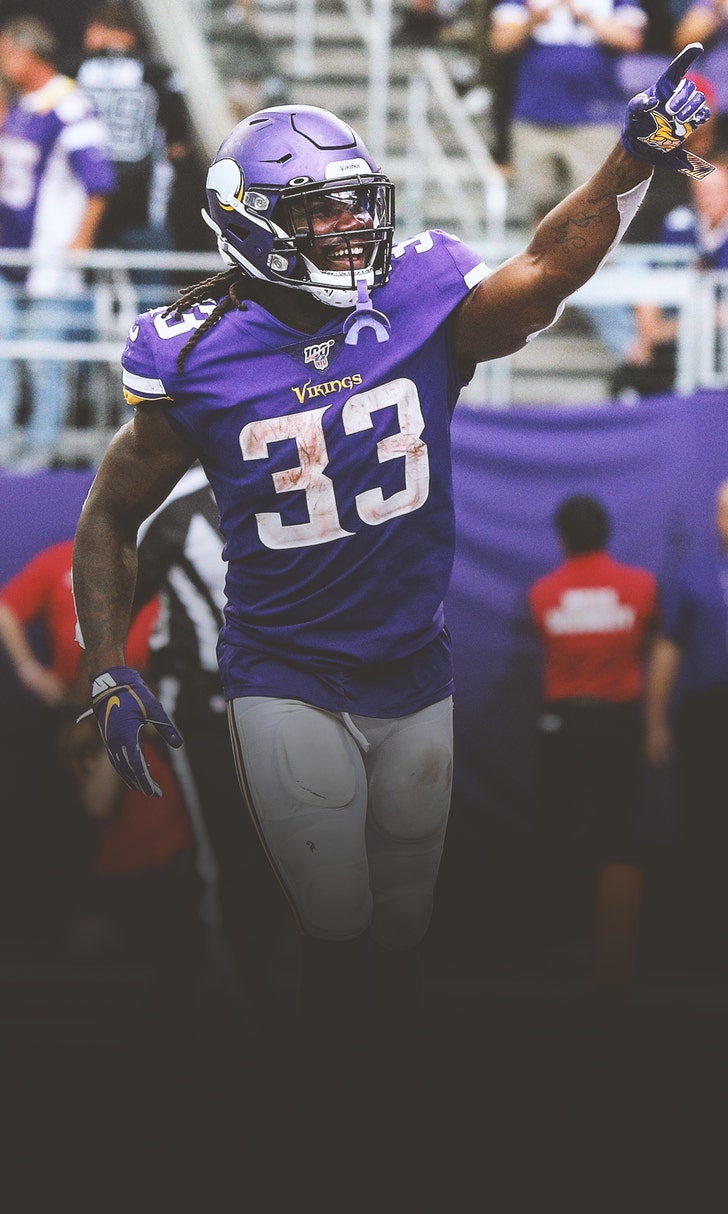