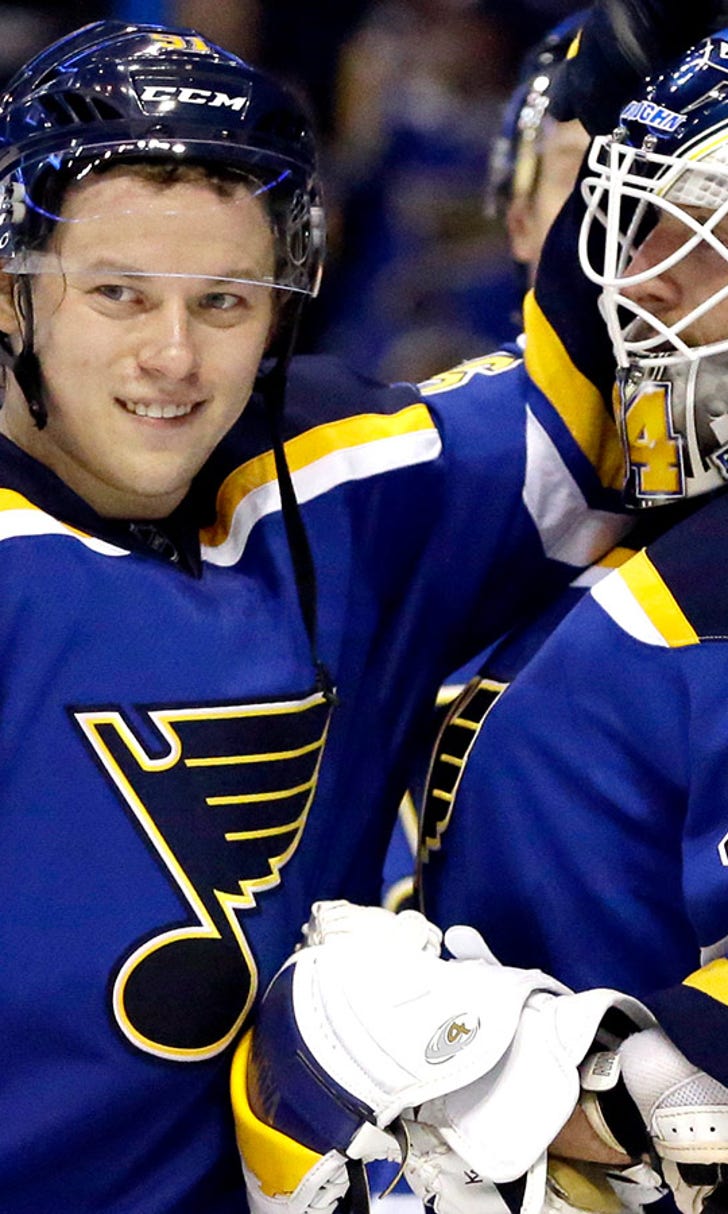 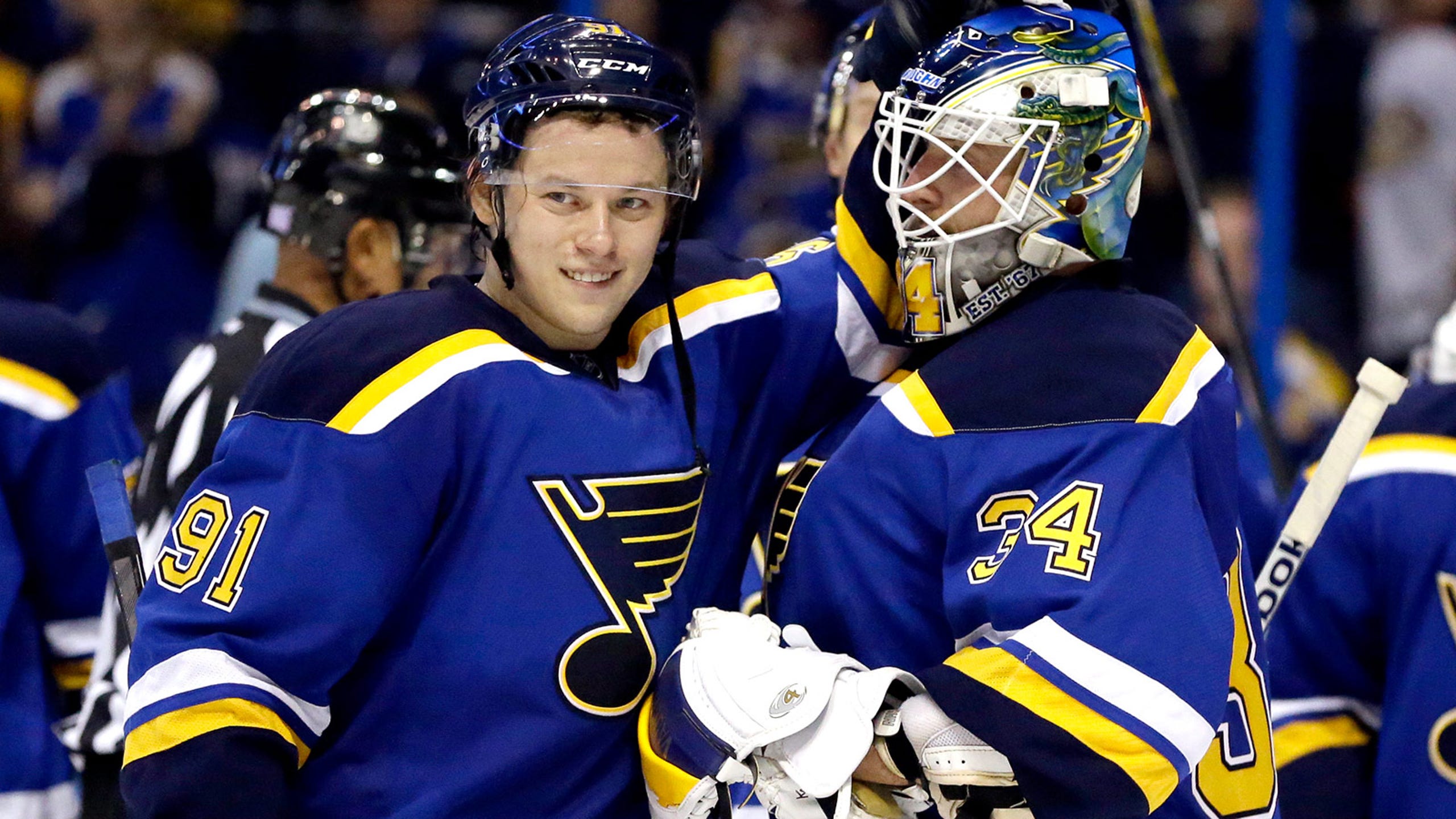 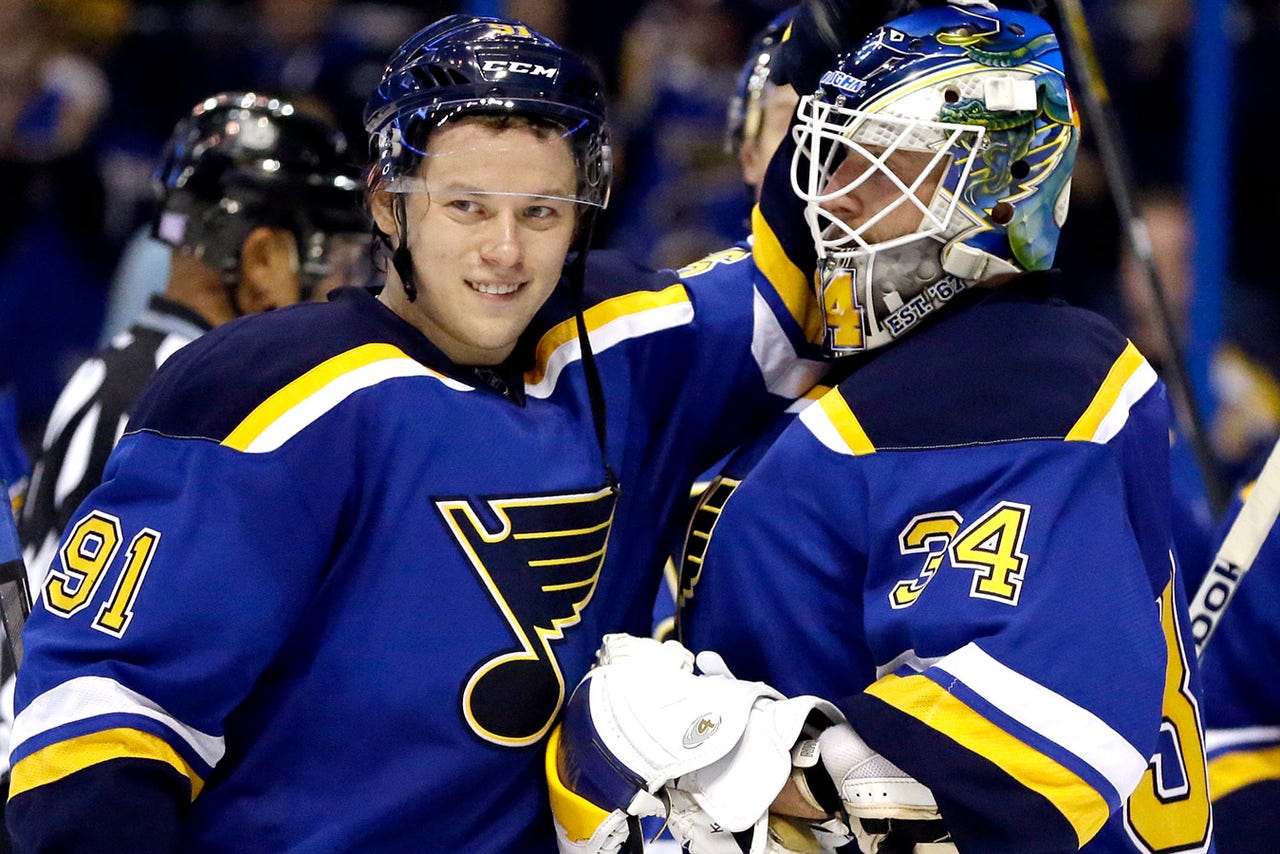 The St. Louis Blues have withstood a slew of key injuries to remain near the top of the Western Conference, though their next challenge doesn't figure to get any easier.

The Blues renew acquaintances with a longtime nemesis when the Los Angeles Kings visit St. Louis on Tuesday night for a clash of early-season heavyweights.

The Blues (8-2-1) have the second-most wins in the West despite extended absences from forwards Jaden Schwartz, Paul Stastny and Patrik Berglund and defenseman Kevin Shattenkirk. Top scorer Vladimir Tarasenko then missed Saturday's game against Minnesota with a leg injury, but captain David Backes recorded his first two goals of the season and goaltender Jake Allen delivered another strong performance to lead St. Louis to a 3-2 overtime victory.

Backes scored the game-winner with 33.6 seconds remaining in overtime and Allen made 29 saves. He has yielded three goals while starting each of the Blues' three consecutive wins and will get the nod again Tuesday.

"We've got a lot of guys that are playing roles and minutes that they haven't played before and doing a heck of a job," coach Ken Hitchcock said. "You're missing five, six, seven players a night and you're still getting points against really good teams."

Tarasenko, who notched his second career hat trick in a 5-2 win during the Kings' last trip to St. Louis on Dec. 16, is expected to return Tuesday.

The dynamic forward's presence will be welcomed against a Los Angeles team that had won seven straight and appeared on its way to an eighth before Chicago scored three unanswered third-period goals to rally for a 4-2 triumph Monday.

"If we could have made it 3-1, it probably would have made a big difference," Kings coach Darryl Sutter said. "We just couldn't get the third goal."

Los Angeles (7-4-0) had scored three or more in its five previous games and totaled 22 during the win streak after mustering just two during an 0-3-0 start. Tyler Toffoli registered eight of his nine goals over the run but was held without a point along with linemates Jeff Carter and Milan Lucic against Chicago.

The trio had combined for 12 goals and nine assists over the five games prior.

Jonathan Quick also played a main role in the Kings' surge, posting a 1.31 goals-against average and .955 save percentage while starting six of the wins. He allowed four goals on 26 shots Monday, however, and could give way to Jhonas Enroth in the second game of a back-to-back.

Enroth was sharp in his lone start this season, tallying 39 saves in a 4-1 victory at San Jose on Oct. 22. The offseason pickup stopped 27 of 29 chances in his only previous start against St. Louis, a 3-0 loss with Buffalo on Feb. 5.

The Kings also have controlled the regular-season series of late, winning 10 of 13 matchups since 2011-12. They've scored just 11 goals in losing four of their last six in St. Louis including the postseason, however.