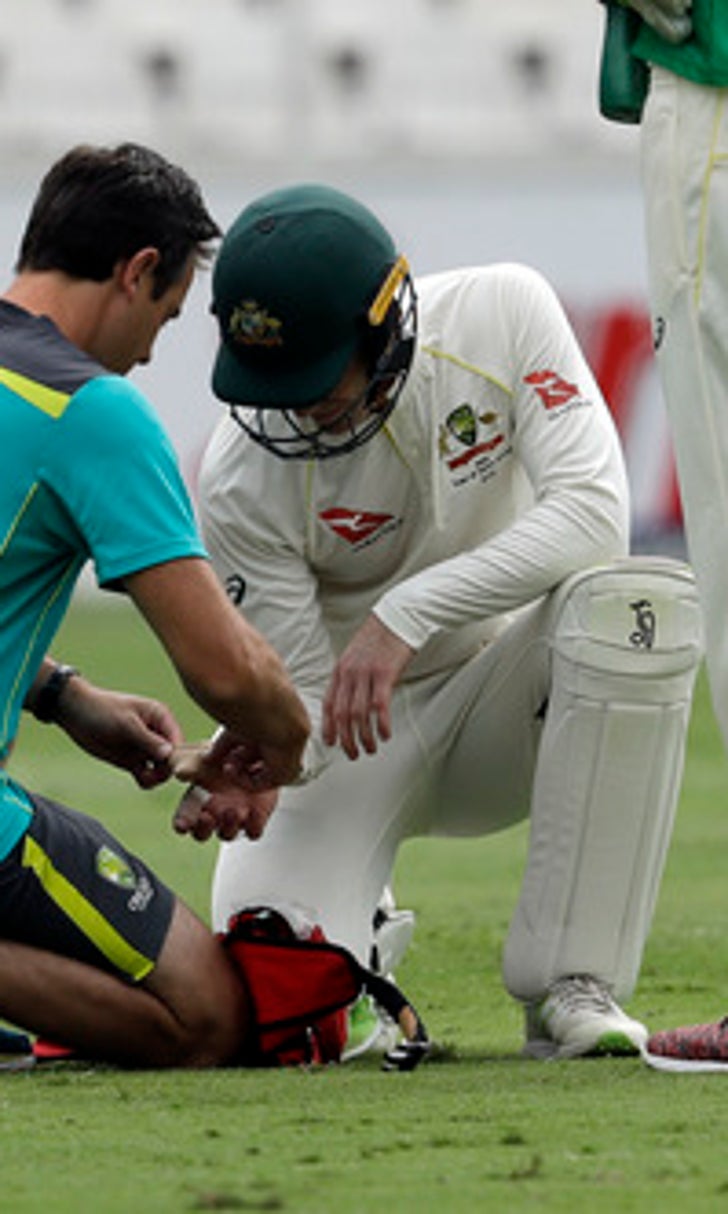 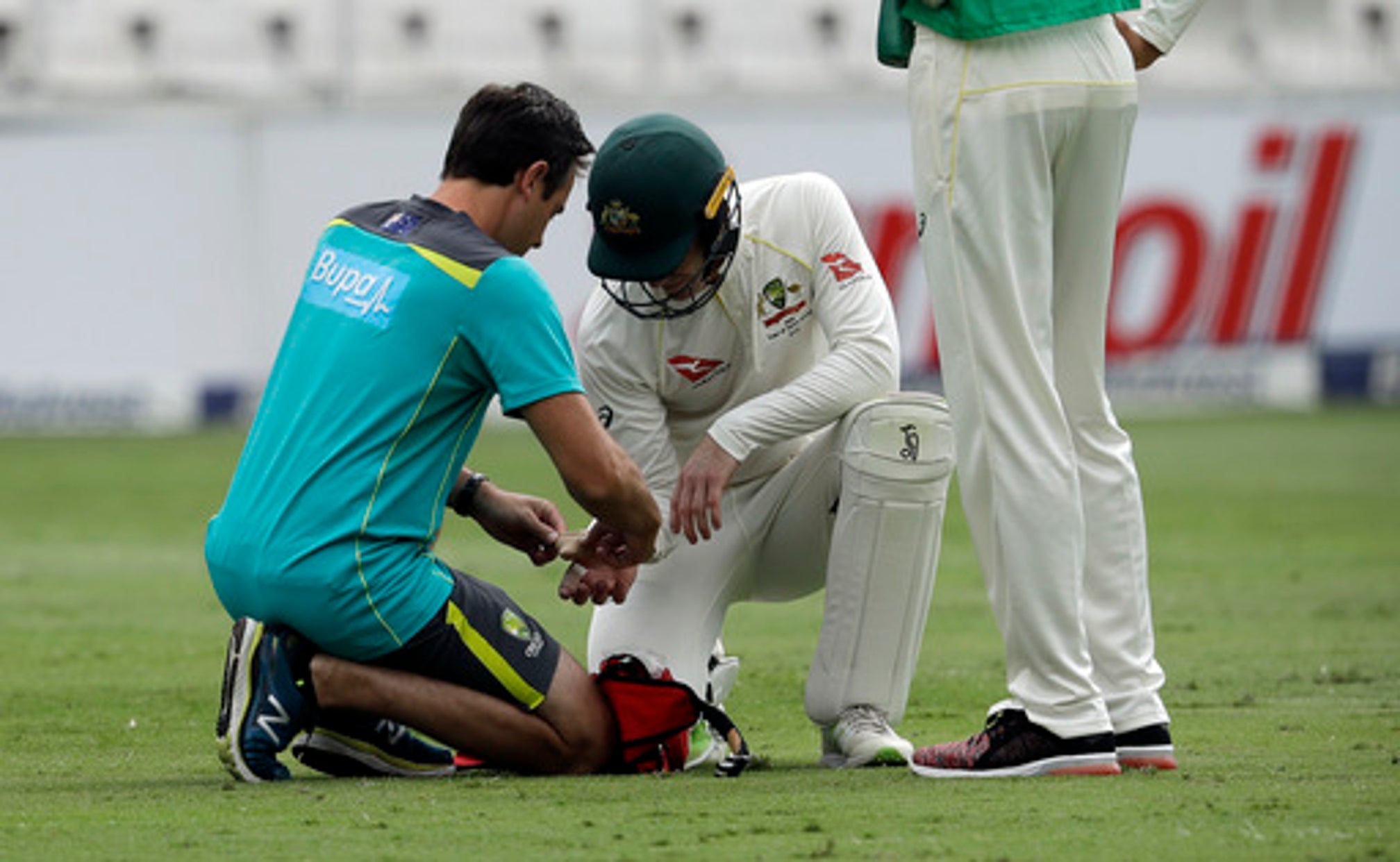 JOHANNESBURG (AP) South Africa ramped up the pressure on a troubled Australia in the final cricket test on Saturday by making 488 and quickly removing six batsmen, three of them the men rushed into the team because of the ball-tampering scandal.

Australia, with its morale in pieces following the cheating saga of the last week, was 110-6 and 378 runs behind at stumps on the second day of the series decider at the Wanderers.

''It's probably something that's hard to get out of their minds while they're playing,'' Australia assistant coach David Saker said. ''No excuses but ... it's obviously playing a factor in the way we're playing so far.''

Openers Matthew Renshaw and Joe Burns, and No. 4 Peter Handscomb, all played their first games of the series and all failed in Australia's reply. Renshaw and Burns arrived in South Africa less than 48 hours before the test.

The three were replacements for the three players banned and sent home in disgrace for the ball-tampering plot.

Burns went for 4, Renshaw for 8, and Handscomb for a duck as Australia sunk to 38-3.

Usman Khawaja top-scored with 53. New captain Tim Paine was 5 not out and Pat Cummins 7 not out.

South Africa lived up to its promise to be ruthless against an Australia without captain Steve Smith, vice-captain David Warner, and batsman Cameron Bancroft, all banned long-term for cheating in the third test last weekend.

The day began with South Africa resuming on 313-6 and Temba Bavuma going from 25 to 95 not out, missing out on a second test century only when he ran out of partners.

Tailender Keshav Maharaj thumped 45 from 51 balls but swiped at a wide delivery to be caught by wicketkeeper Paine as Bavuma was approaching his hundred. Morne Morkel, playing his last test before retiring, was out first ball in what might be his last test innings to leave Bavuma stranded.

Morne slammed his bat against his pad and screamed in frustration as he walked off, feeling he'd let down Bavuma.

''Morne is very disappointed,'' Bavuma said. ''He did throw some profanities. I kind of felt for him and it took away the disappointment that I had. You almost had to give him the shoulder to cry on.''

Morkel's arrival at the crease prompted Australia to make a second gesture of goodwill in the test, by applauding him.

On Friday, before play started on the first day, Paine asked the South Africans if they'd like to shake hands ahead of the game - not a common practice in cricket. The South Africans agreed.

But Australia was still heading for an on-field embarrassment in a week of humiliation.

Burns edged Kagiso Rabada to second slip for the first wicket down, with du Plessis taking a diving catch. Renshaw edged Vernon Philander to wicketkeeper Quinton de Kock. Handscomb played on to Philander, who finished with 3-17.

Khawaja and Shaun Marsh put on 52 but Khawaja's departure to a catch up at the stumps off Philander by de Kock sparked a collapse.

Mitchell Marsh was bowled by Morkel for 4 and Shaun Marsh dismissed by spinner Keshav Maharaj on 16. Khawaja and the Marsh brothers all fell in the space of five overs.

Australia is in danger of losing a test series in South Africa for the first time since 1970. South Africa leads 2-1.

Australia
share story
those were the latest stories
Want to see more?
View All Stories
Fox Sports™ and © 2020 Fox Media LLC and Fox Sports Interactive Media, LLC. All rights reserved. Use of this website (including any and all parts and components) constitutes your acceptance of these Terms of Use and Updated Privacy Policy. Advertising Choices. Do Not Sell my Personal Info