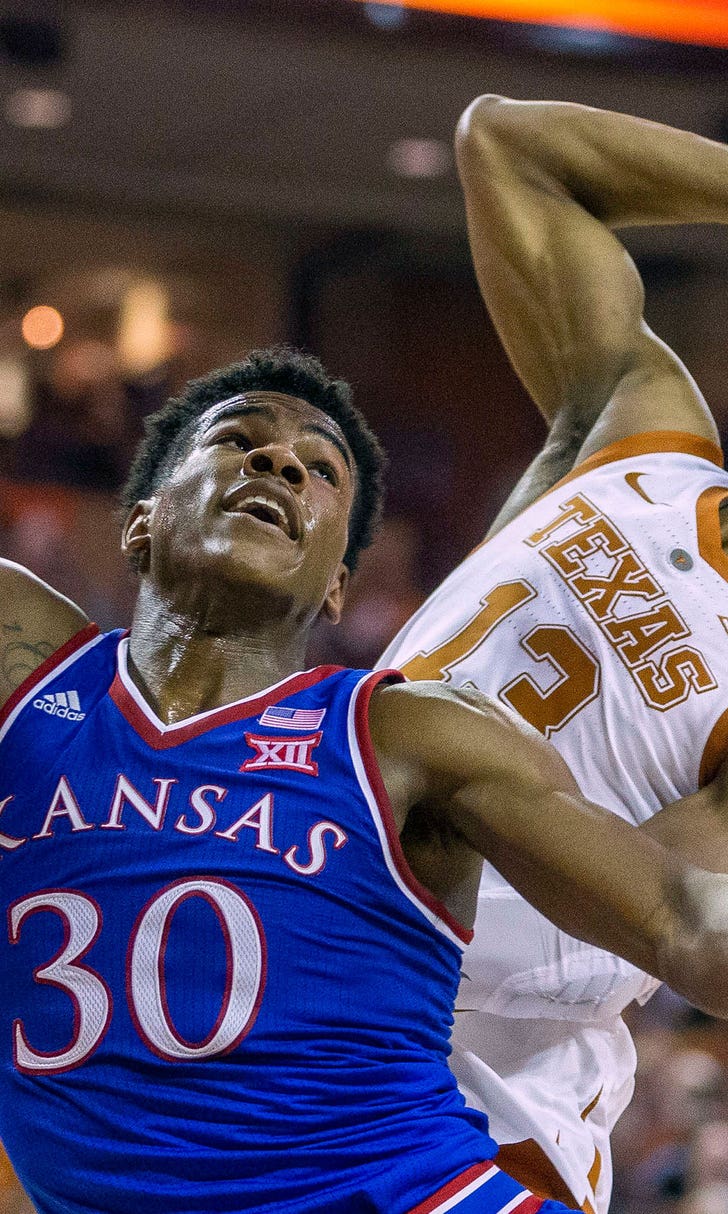 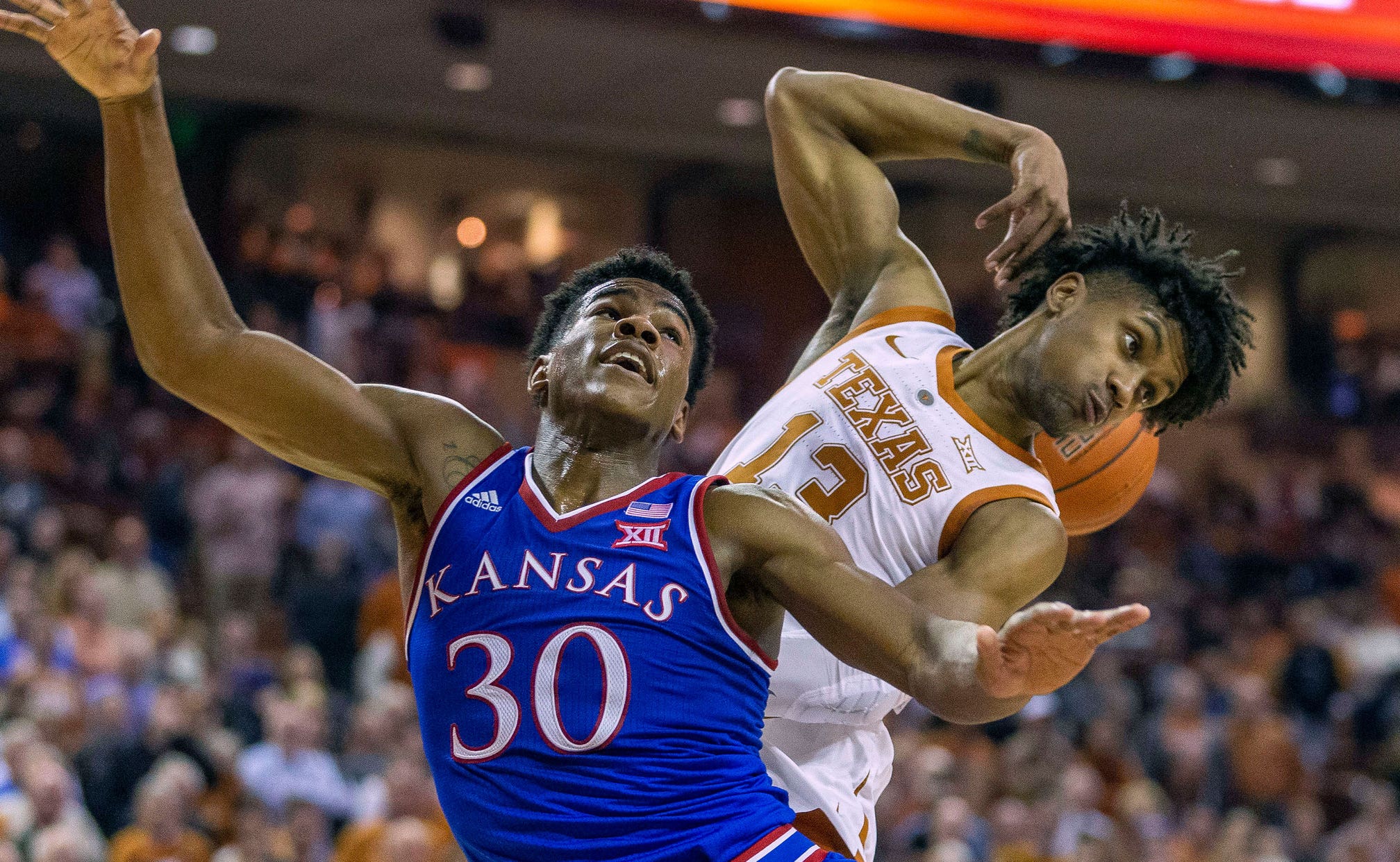 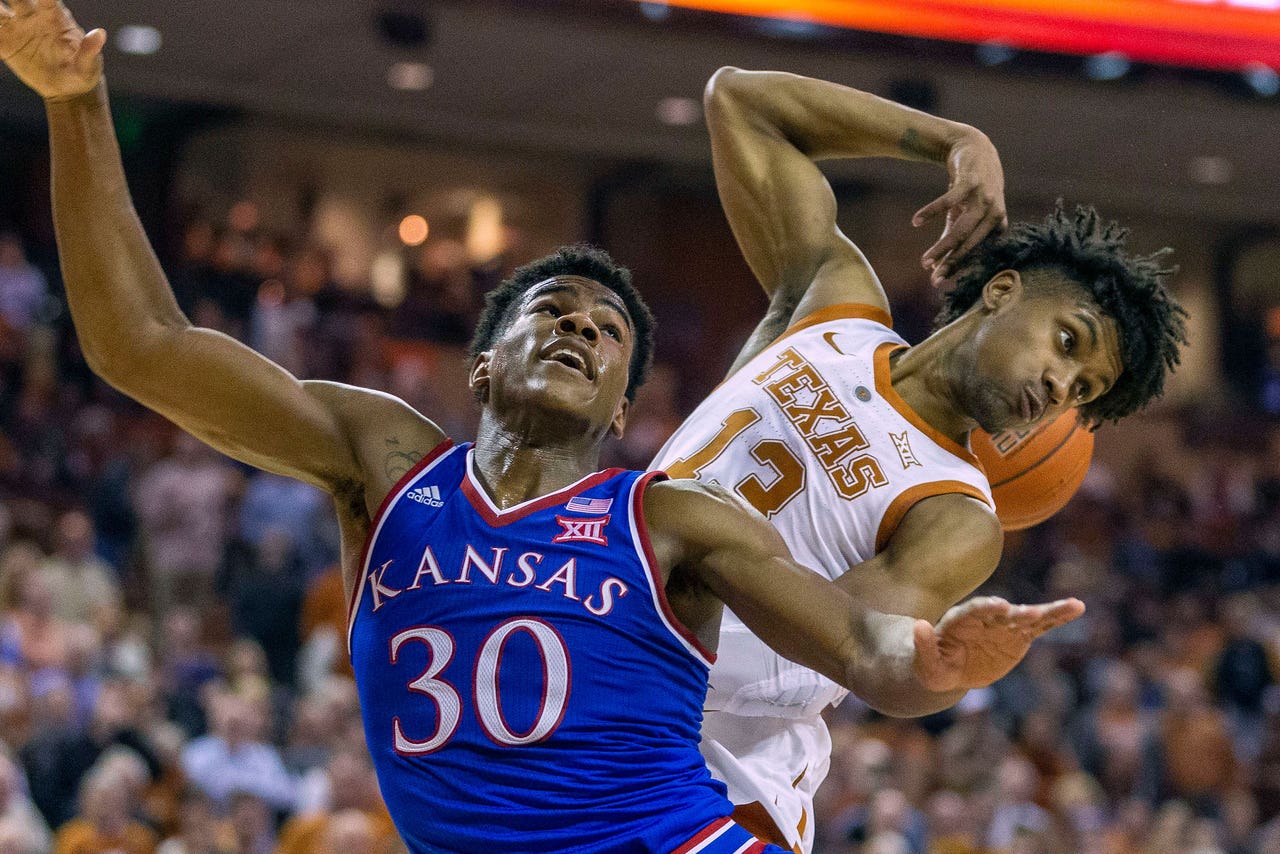 LAWRENCE, Kan. — The preseason prediction atop the Big 12 this year looked much like the final standings for the past 14, with Kansas on top after garnering just about every vote from the league's coaches.

"I just took a step back from what the perception maybe is of who should win the league every year, and looked at it on what I believed was the most experienced team," he explained. "That was K-State."

That was before Kansas lost Udoka Azubuike for the season, too.

Now, the No. 11 Jayhawks head into Saturday's showdown with No. 16 Texas Tech at Allen Fieldhouse having lost three of their past four games. Once ranked No. 1 in the country, they are now 16-5 and just 5-3 in the Big 12, and staring up at four teams above them in the jumbled conference race.

The Wildcats are one of them. So are the Red Raiders, Iowa State and surprising Baylor.

Perhaps Boynton was onto something.

The road to another title tilted even further uphill late Friday, when the NCAA ruled sophomore forward Silvio De Sousa ineligible for the remainder of this season and next. De Sousa has been held out of competition pending the investigation, an offshoot of the FBI's probe into college basketball.

Still, the Jayhawks have been in similarly dire straits eight games into the league season and rebounded to win the Big 12 title. Sometimes its closest rivals melted down trying to snap the longest league championship streak in NCAA history, but often the Jayhawks just ironed out their problems when it began to matter most.

Not surprisingly, that coincides with Azubuike's season-ending surgery on a torn wrist tendon.

Self spent the entire offseason dreaming of offensive sets, mismatch opportunities and the ways he could best exploit defenses with the 7-foot Azubuike and 6-foot-9 Dedric Lawson, his talented transfer from Memphis. The Jayhawks have relied on two big men in the past to great success, reaching the 2012 Final Four with Thomas Robinson flanked by Jeff Withey.

In fact, the high-low offense is Self's preferred style.

But with Azubuike out, Self has resorted to the four-guard sets that he's had to rely on the past few years. But this backcourt isn't as talented or experienced as those teams, and defenses have been able to take Lawson out of the game. He managed just 13 points on 4-for-15 shooting in Tuesday's loss to Texas, and freshman guards Devon Dotson and Quentin Grimes were a combined 4 of 11 for just 12 points.

Amid the doom and gloom has been one bright spot: Ochai Agbaji.

The freshman guard was supposed to redshirt this season, but Self decided to lift it last month when Azubuike went down. He's moved seamlessly into the starting lineup and played 35 minutes against Texas, and without his 24 points on 8-for-10 shooting, the 73-63 loss might have been a blowout.

Then there's the situation involving the 6-foot-9 De Sousa, who played well down the stretch as a freshman last season. His size and ability to rebound would have been a boon to a team that is suddenly thin in the post, but his services won't be available this season or next unless an appeal is successful.

School officials indicated late Friday that they were considering that option.

In the meantime, nobody is pitying Kansas.

"You've still got to play your best game of the year to win at Kansas," Texas Tech coach Chris Beard said. "Every player has to contribute in a positive way and you're going to have to hit some shots."

The Red Raiders did that last year, handing the Jayhawks a rare home loss.

Their matchup Saturday begins a crucial four-day stretch that could decide whether Kansas remains in the mix for another Big 12 title. A trip to Kansas State looms Tuesday night.

"We were down after the loss to Texas, which we should be. Any time you lose, you should be down," Self said, "but we'll respond, we'll be fine and certainly, we just got to kind of figure it out."