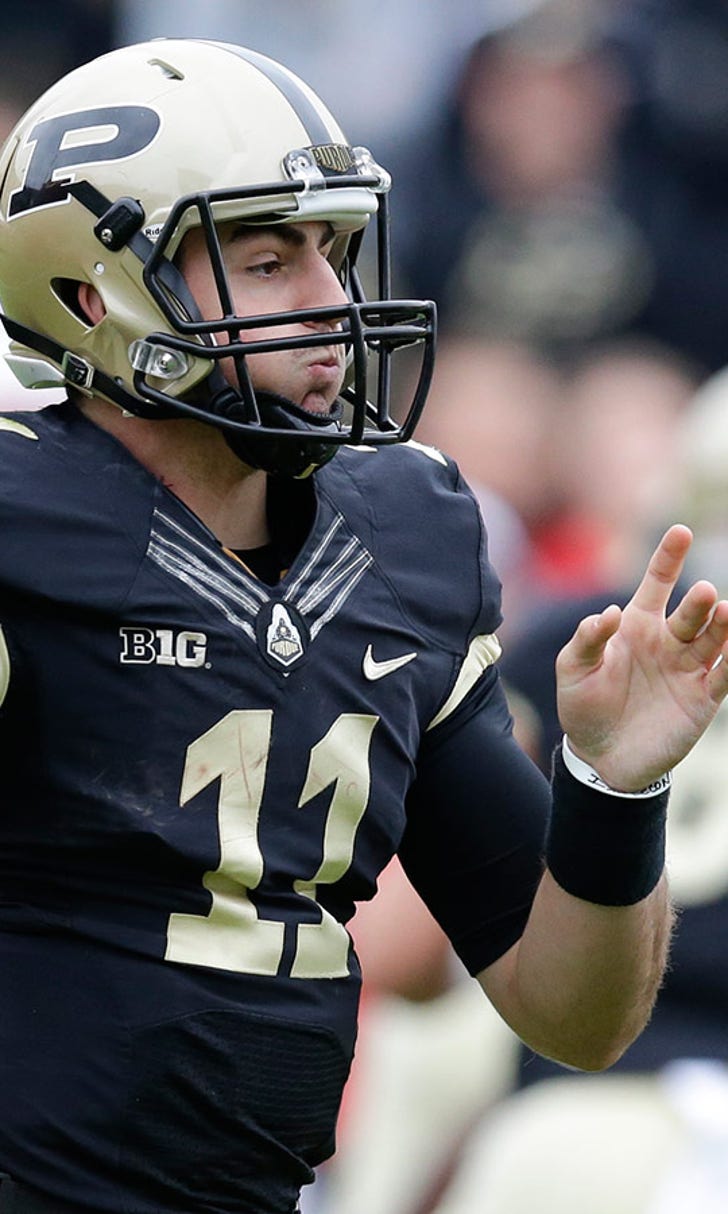 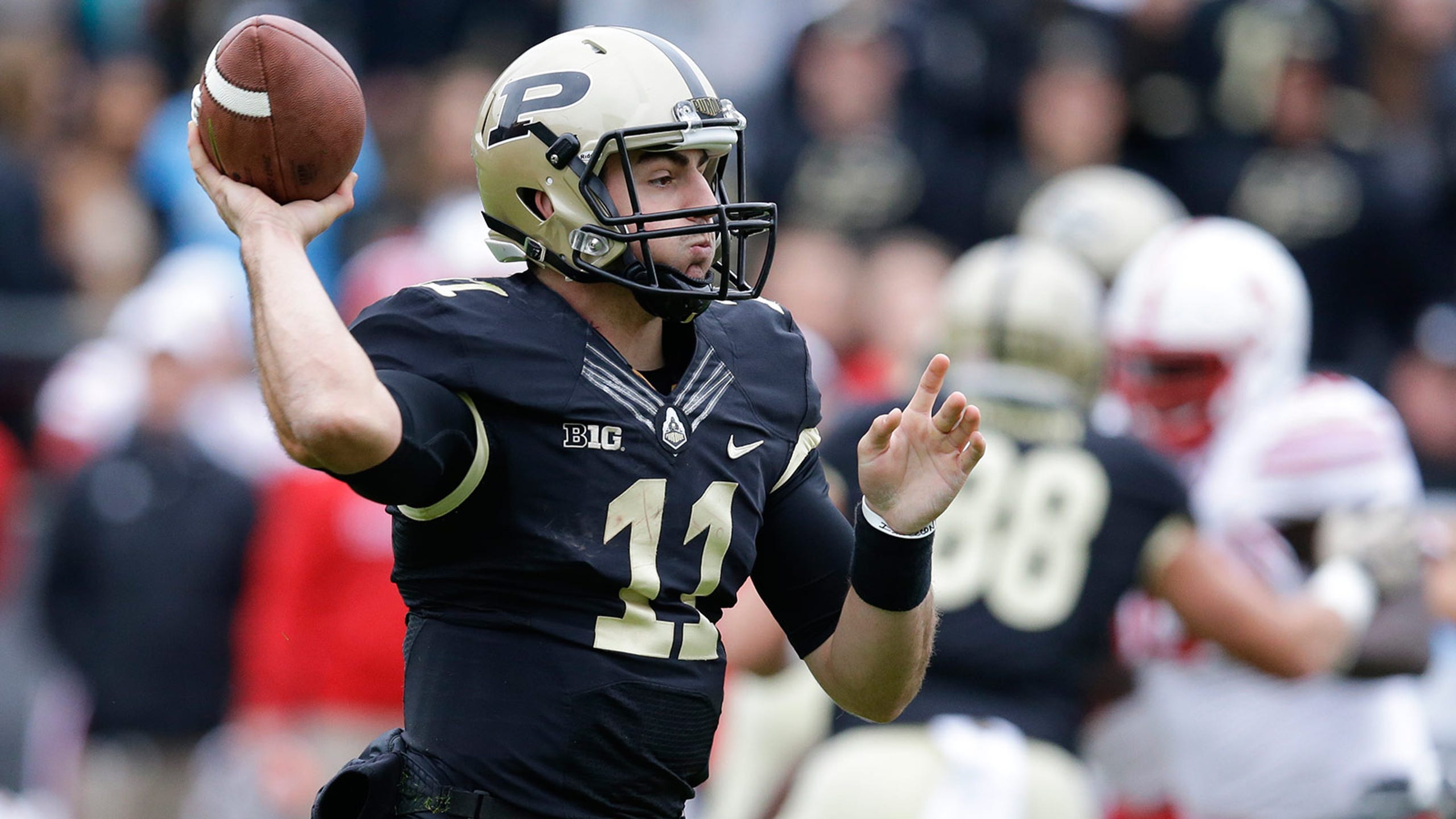 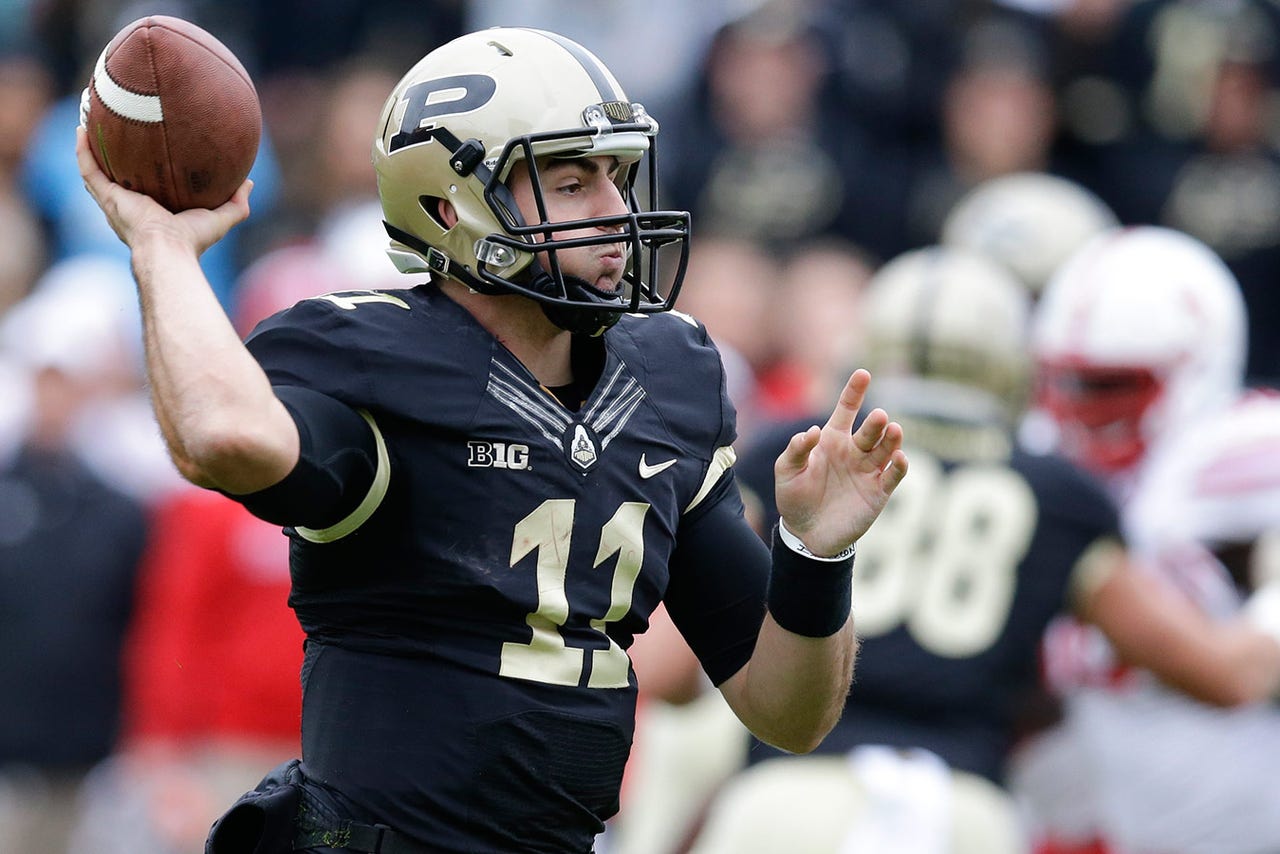 Nebraska (3-6, 1-4) played without starting quarterback Tommy Armstrong, who has a right foot injury, and turned to junior Ryker Fyfe, who was intercepted four times, including three times by Brown. It was the first time a Purdue player intercepted three passes in a game since linebacker Mike Rose had three against Northwestern in 1997.

While Fyfe led back-to-back touchdown drives in the first 3:21 of the fourth quarter to pull his team to within 42-31, a 26-point deficit was too much to overcome. Fyfe finished 29 of 48 for 407 yards with four touchdown passes.

Nebraska had beaten the Boilermakers by a combined 79-21 the past two seasons, including 44-7 in 2013 in West Lafayette, but the struggling Cornhuskers had no answer for Blough and could not score enough to negate Fyfe's four interceptions and five total turnovers.

Purdue delivered what amounted to a knockout punch when Blough threw an 83-yard touchdown pass to DeAngelo Yancey with 5:19 to play in the third quarter, pushing the lead to 35-16.

Nine seconds later, Brown intercepted Fyfe for a third time, giving Purdue the ball at the Nebraska 19, setting up Blough's 9-yard touchdown pass to Yancey. With 2:34 remaining in the third quarter, the Boilermakers led, 42-16.

Blough threw his second touchdown pass -- a 5-yarder to tight end Jordan Jurasevich -- to give the Boilermakers a 28-16 lead with 7:42 left in the third quarter. Blough was eight of 10 for 68 yards during the 13-play, 80-yard drive, including an 18-yard screen pass to Markell Jones that gave Purdue a first down at the Cornhuskers' 25.

The Cornhuskers pulled to within 21-16, driving 75 yards with the second-half kickoff and getting an 8-yard touchdown run from Imani Cross with 12:04 left in the third quarter.

The drive included a 30-yard pass from Fyfe to Devine Ozigbo to the Purdue 18 and a roughing-the-passer penalty against Boilermaker defensive tackle Jake Replogle that advanced the ball to the 9.

The Cornhuskers took a 3-0 lead with 7:53 remaining in the first quarter on Drew Brown's 41-yard field goal, capping a 12-play, 70-yard drive that included an 18-yard run by Terrell Newby to the Boilermakers' 22.

Purdue countered with a 56-yard touchdown run by Blough on a quarterback draw, giving the Boilermakers a 7-3 lead with 5:06 left in the opening quarter. Blough ran four times for 63 yards during that six-play, 77-yard drive.

With 23 seconds left in the first period, Nebraska center Ryne Reeves snapped the ball over Fyfe's head, and Purdue linebacker Garrett Hudson returned the fumble 27 yards to the Cornhuskers' 16.

Five plays later, Blough threw a 3-yard touchdown pass to Danny Anthrop, and Purdue led 14-3 with 13:48 to play in the second quarter.

Nebraska got a 42-yard kickoff return from Stanley Morgan Jr., and then a 22-yard run by Newby, setting up Fyfe's 20-yard touchdown pass to Morgan Jr., trimming the Purdue lead to 14-9 with 11:52 remaining in the first half.

Brown's diving interception at the Nebraska 22-yard line with 6:12 to play in the half set up a 4-yard touchdown run by wide receiver Domonique Young with 4:12 left in the second quarter, and Purdue had its halftime lead.

Nebraska outgained Purdue 173-172 during the first two quarters and had 11 first downs to the Boilermakers' 8, but the 14 points as the result of turnovers were the difference.

Big Ten's return highlights Super 6 slate
The Big Ten is back! Half of the games in this week's Super 6 come from the conference, including Nebraska visiting Columbus.
October 22, 2020

Big Questions for the Big Ten
Ryan Day and James Franklin joined Big Noon Kickoff Saturday, as the crew unveiled the Big Ten slate and examined the season.
September 19, 2020
those were the latest stories
Want to see more?
View All Stories
Fox Sports™ and © 2021 Fox Media LLC and Fox Sports Interactive Media, LLC. All rights reserved. Use of this website (including any and all parts and components) constitutes your acceptance of these Terms of Use and Updated Privacy Policy. Advertising Choices. Do Not Sell my Personal Info