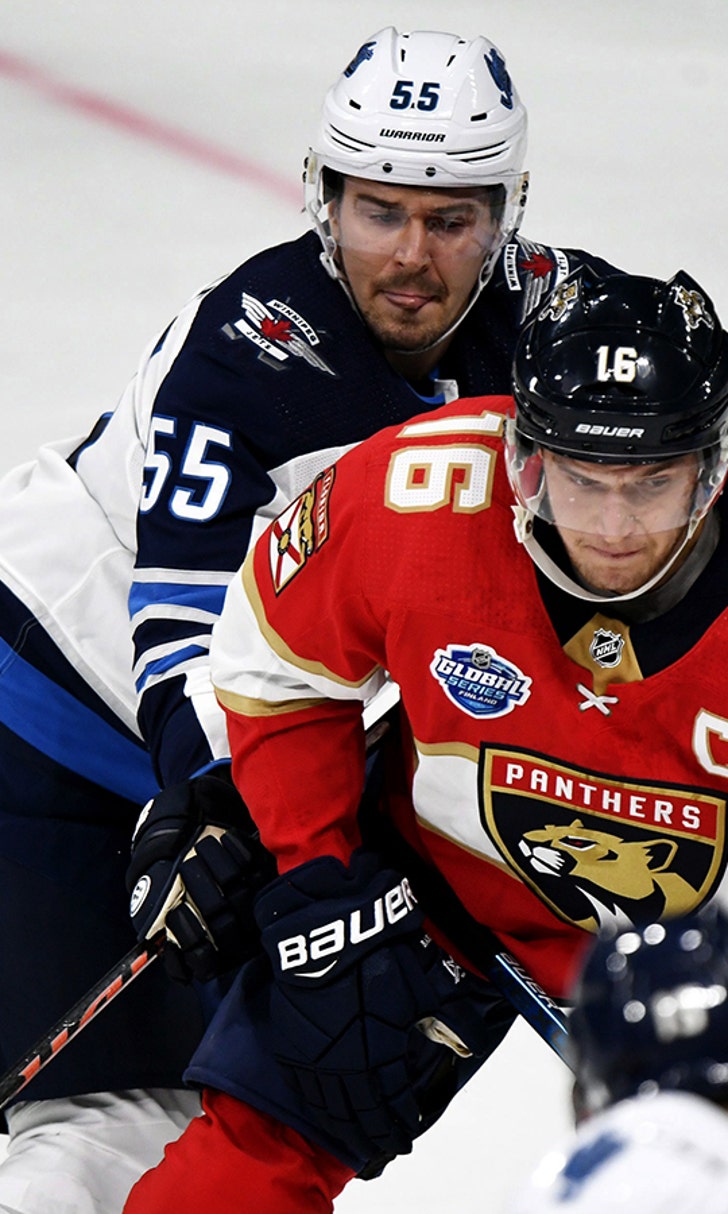 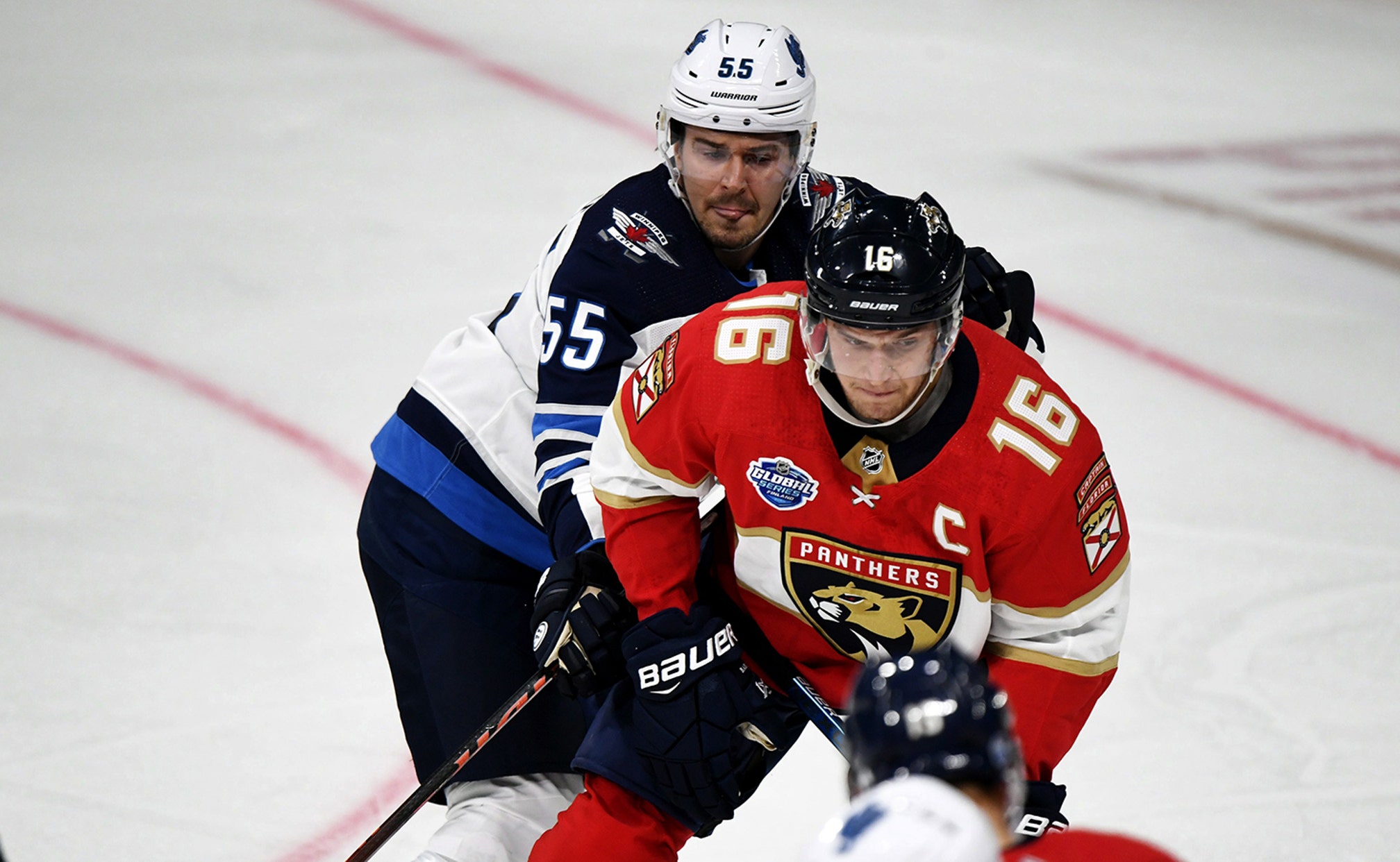 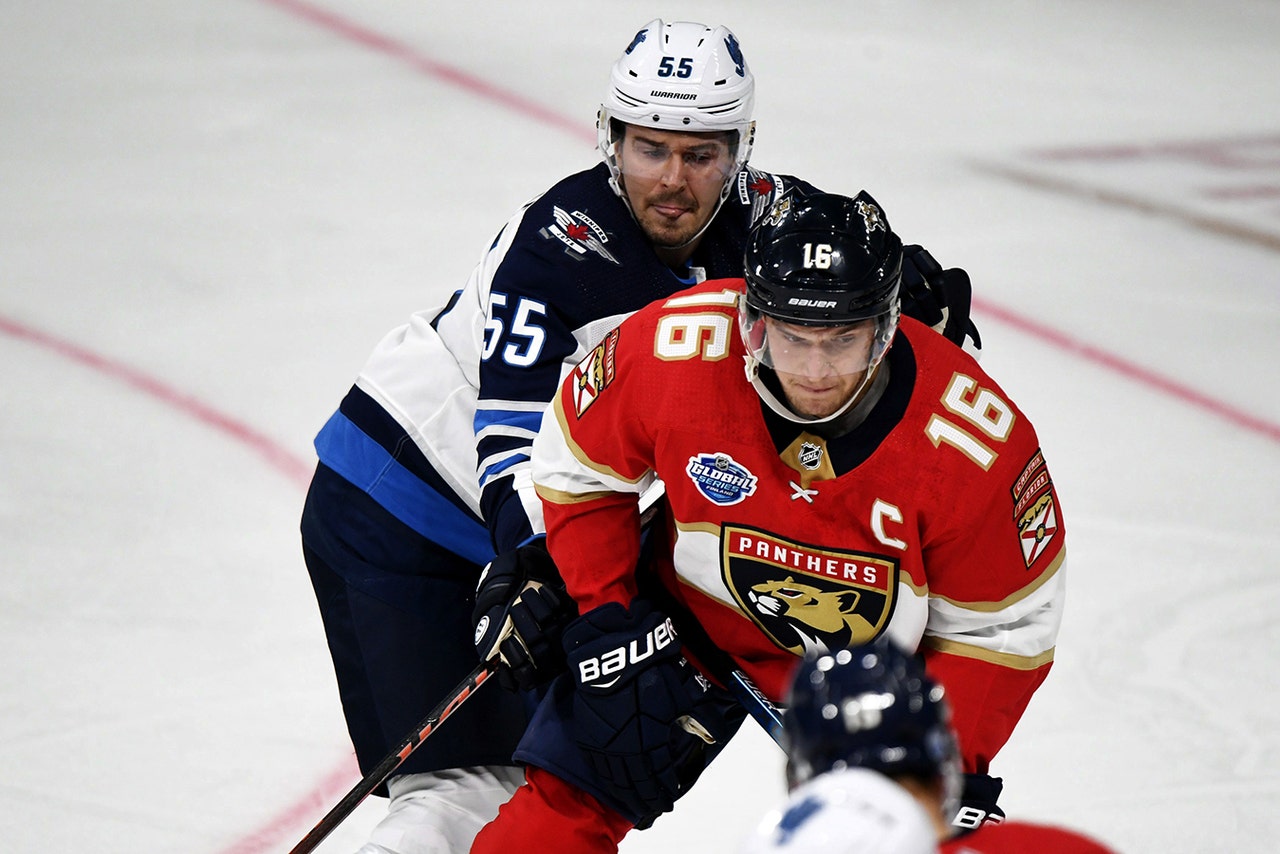 HELSINKI (AP) —Patrik Laine could hardly find a better place than home to show off his high-scoring instincts.

Laine, from Finland, had a hat trick as the Winnipeg Jets beat the Florida Panthers 4-2 in a regular-season game in the Finnish capital Thursday night.

Laine scored in the second period and twice in the third, including an empty-netter, in the opener of a back-to-back series between the teams in front of a roaring sellout crowd of 13,500 at Hartwall Arena.

"I don't think you can imagine how good that feels," Laine said. "It's good to be home and score all those goals back here. It's pretty awesome."

Laine wristed a shot past James Reimer on a power play for a 2-1 lead with 4:46 left in the second, then slapped a one-timer for the winner on a two-man advantage from atop the left circle 3:28 into the third. He scored on an empty net for his fifth career hat trick.

Mathieu Perreault scored the opening goal for the Jets (8-4-1), and captain Blake Wheeler and defenseman Dustin Byfuglien had three assists each. The Panthers (2-5-3), who outshot Winnipeg 38-36, tied the score twice on goals by Keith Yandle and Evgenii Dadonov.

"Overall, as a team, we played good in their zone," Barkov said. "We have another game (Friday), and we have to concentrate on that."

Laine, whose 44 goals were second to Alex Ovechkin's 49 last season for the NHL lead, had just three goals and two assists in 12 games.

"Tonight was a good example of what we see from (Laine) so often," Winnipeg coach Paul Maurice said. "He scored three, but I think he could have had seven. I'm just so happy for him and his family that he can have a night like this. It's just outstanding."

The Panthers had the momentum in early stages, outshooting the Jets 9-0 in the opening minutes. They controlled the puck most of the opening period, but Connor Hellebuyck kept them at bay, turning back 18 shots in the opening frame.

Hellebuyck denied Dadonov on a breakaway and helped the Jets kill a penalty before Perreault struck on the other side, scoring the go-ahead goal on a rebound with 1:26 remaining.

"We generated a ton of chances," Florida coach Bob Boughner said. "This is what it's been like since the season started. We're still trying to break through and get the offensive production going."

With an assist on Yandle's goal, forward Mike Hoffman extended his point streak to eight games, and center Nick Bjugstad had the 100th assist of his career.

The game was the 24th played in Europe during the regular season and the sixth in Finland. In October, the New Jersey Devils beat the Edmonton Oilers 5-2 in their regular-season opener in Gothenburg, Sweden.

The Jets and the Panthers complete their two-game series in Helsinki on Friday.