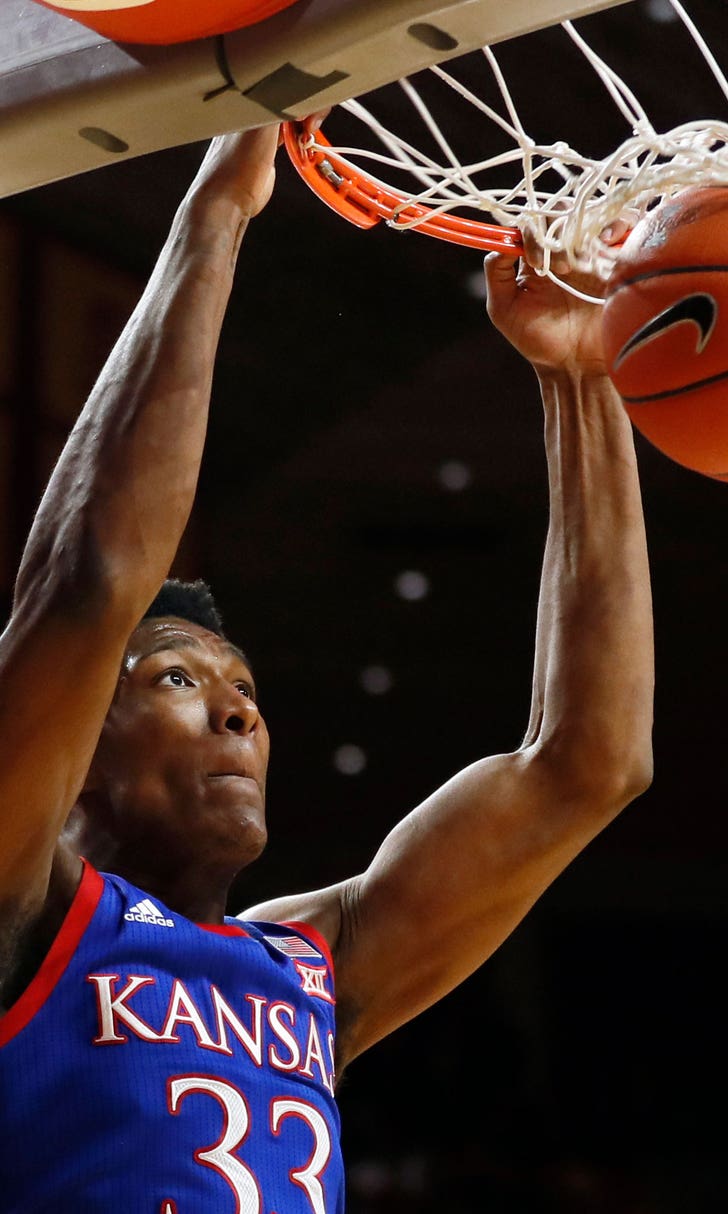 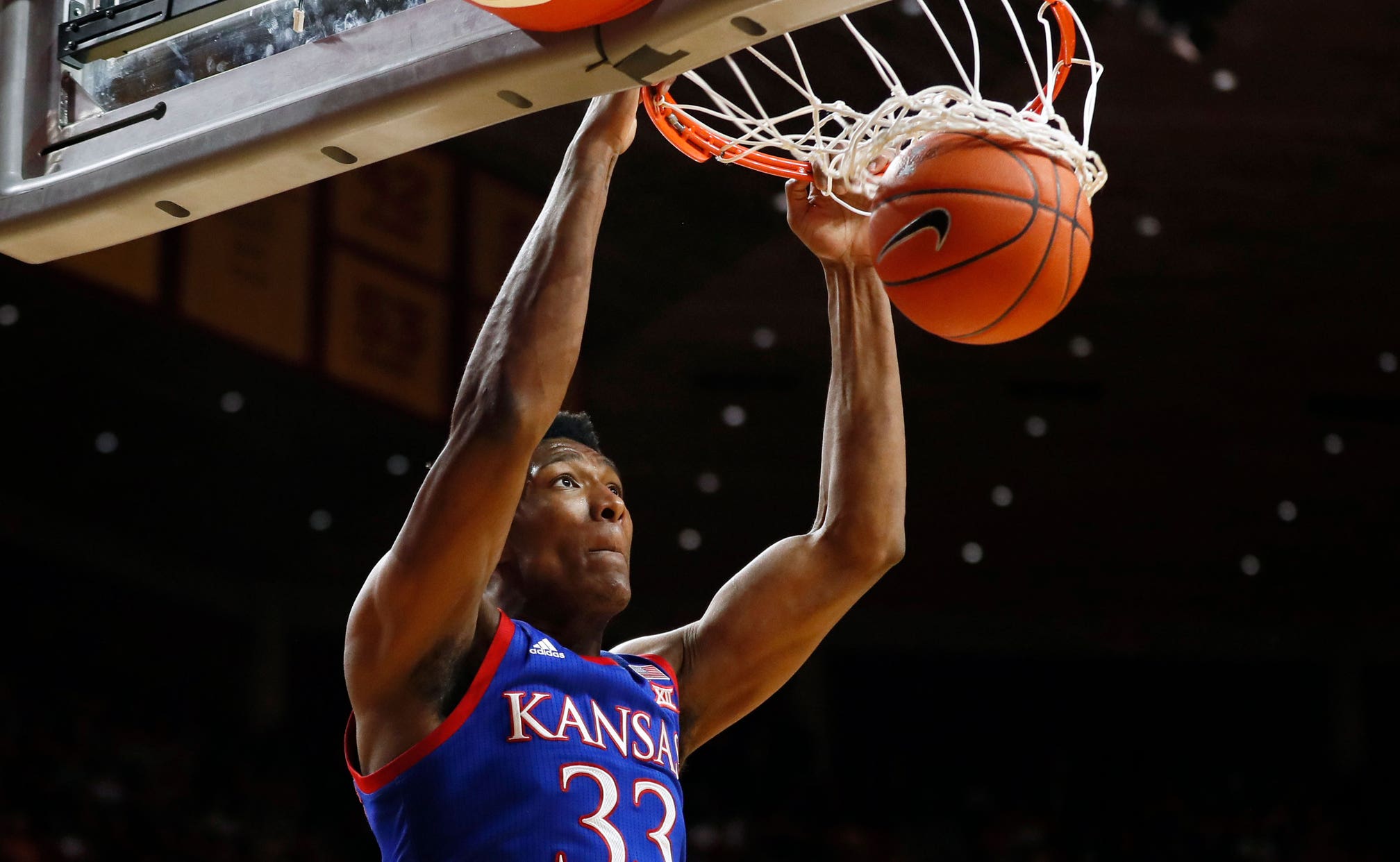 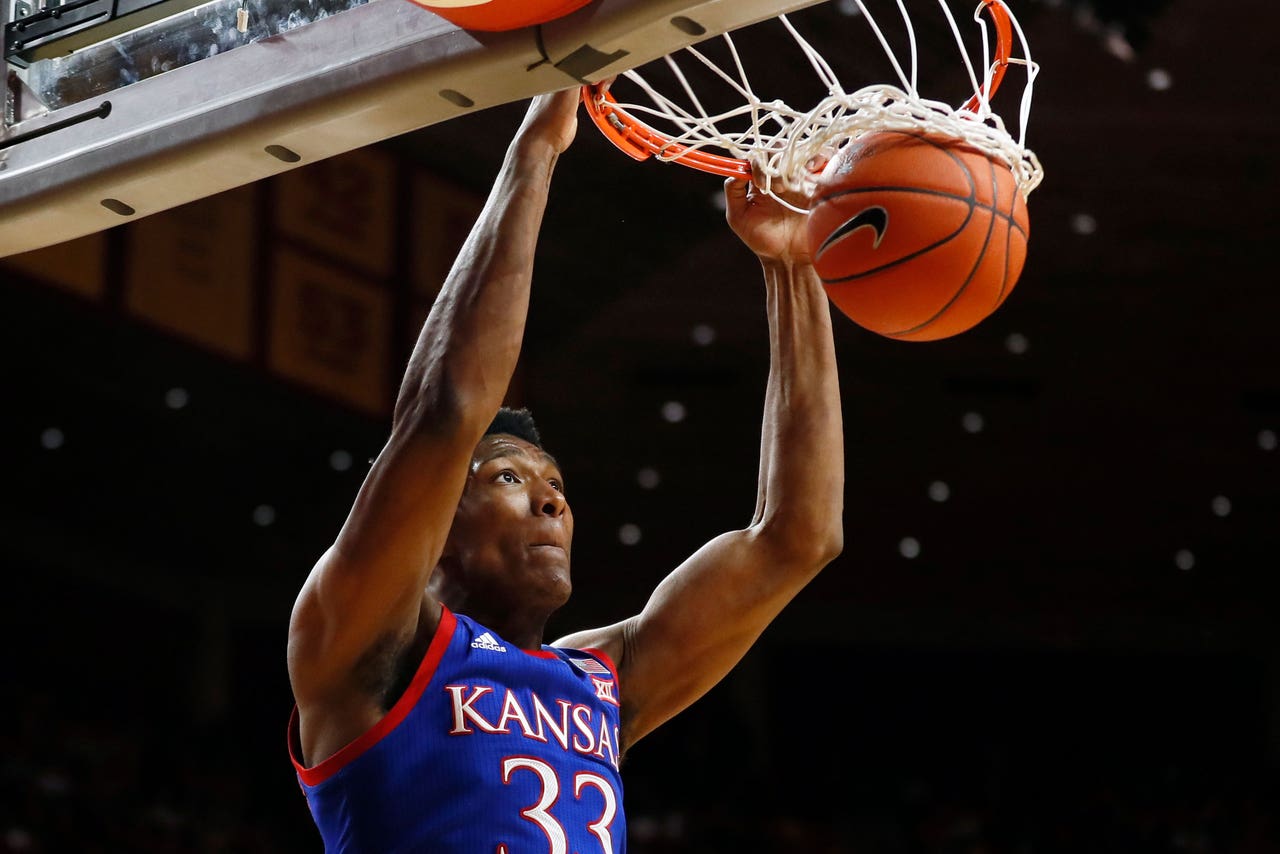 It proved to be a welcome change for the Jayhawks at Hilton Coliseum — where they had lost three of the past five meetings with the Cyclones, including a 77-60 setback last season.

“This was the only time I can really remember when we got out of here and we're not sweating or like last year, they're celebrating with four minutes left,” Self said.

Devon Dotson had 20 points, six assists and five rebounds. David McCormack added 16 points and seven rebounds. Ochai Agbaji had 16 points as well, but keyed a 10-of-19 3-point shooting effort by making 4 of 5.

“When they're hitting shots, the guards have to go out, pressure them, so it opens up the lane for the big men so they've got more room and more space,” McCormack said. “That’s about every big man's dream is when their guards hit shots."

“We had a pretty good game plan coming into it and for the most part, we executed and that led to our offense,” Dotson said.

The defense shined most of the night after allowing the Cyclones to go 3 of 4 to start the game.

Iowa State’s offense struggled, which has become a trend in recent weeks.

“Defensively, we didn't get enough stops,” Cyclones coach Steve Prohm said. “Then they physically kind of overwhelmed us on the 3 and in the paint the last eight minutes. That was the difference in the game.”

Kansas guard Christian Braun made 3 of 4 3-point attempts for the second time in three games. The 6-foot-6 freshman also had five rebounds and two assists while committing zero turnovers on 24:35.

Kansas: The Jayhawks clamped down for the second straight conference game. They limited West Virginia to 32.2% shooting in the conference opener, then held the Cyclones 27 points below their league-leading scoring average.

Iowa State: The Cyclones were coming off a pair of two-point losses in their past two games — including an 81-79 loss in overtime at TCU. They dropped their third game at home this season and shot just 29% from three-point range.

College Football's Top Plays: Week 13 - Friday
The Friday after Thanksgiving features an exciting slate of college football. Check out all the top plays, as they happen!
5 days ago