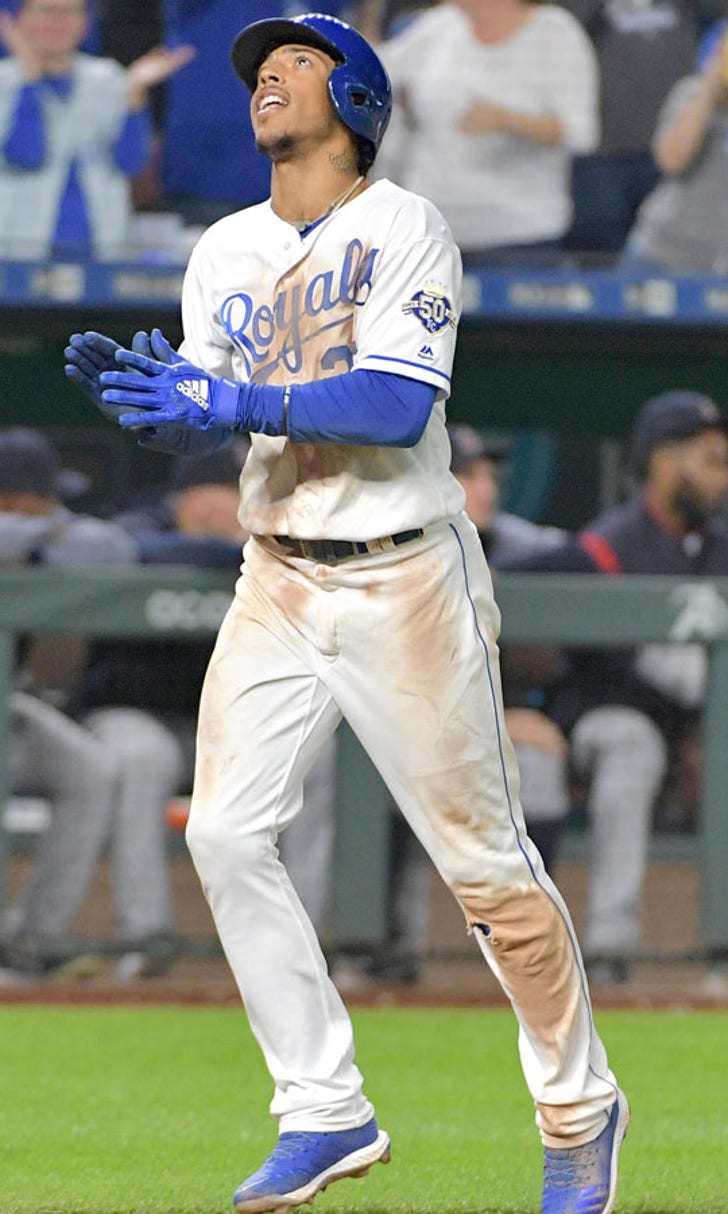 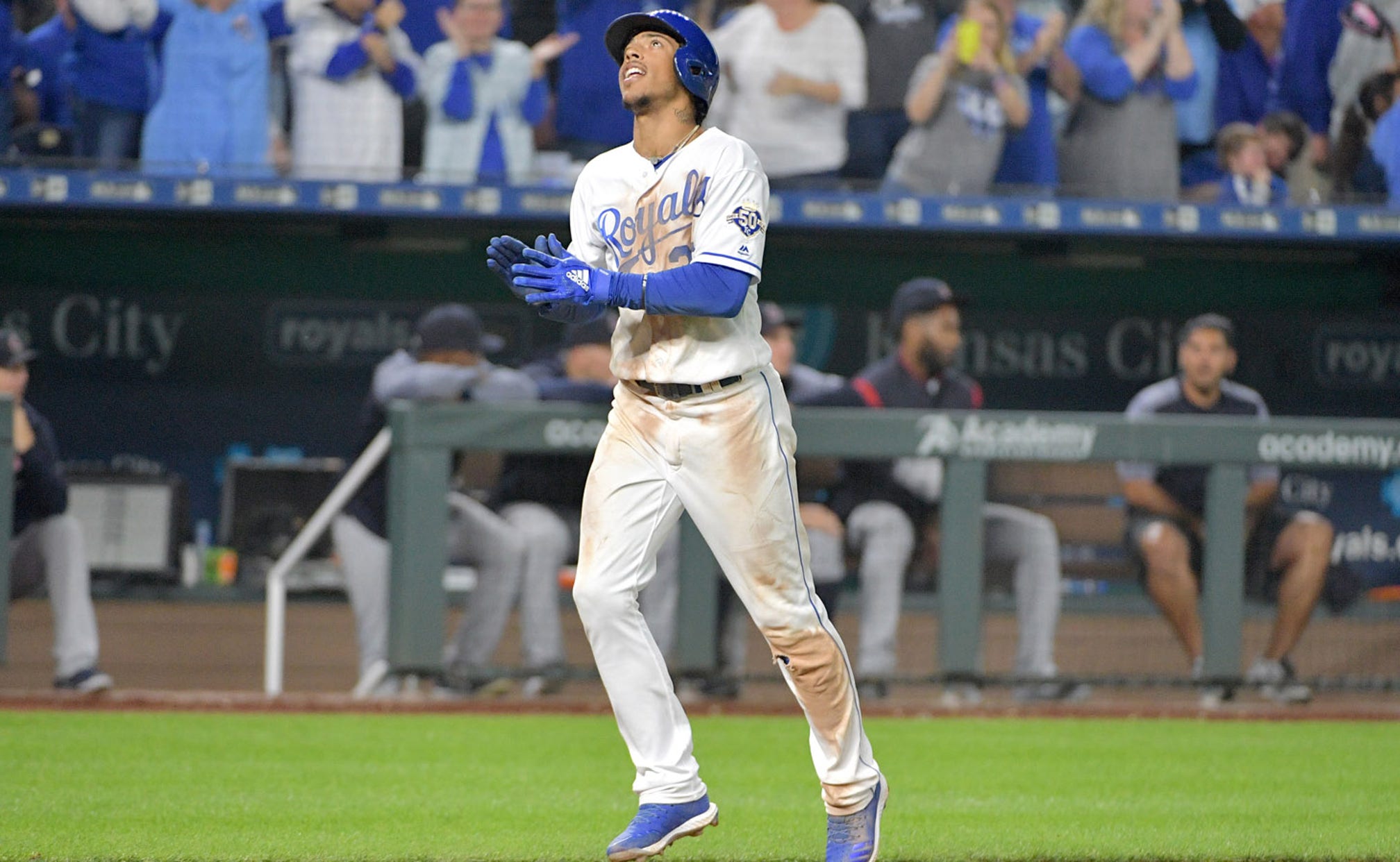 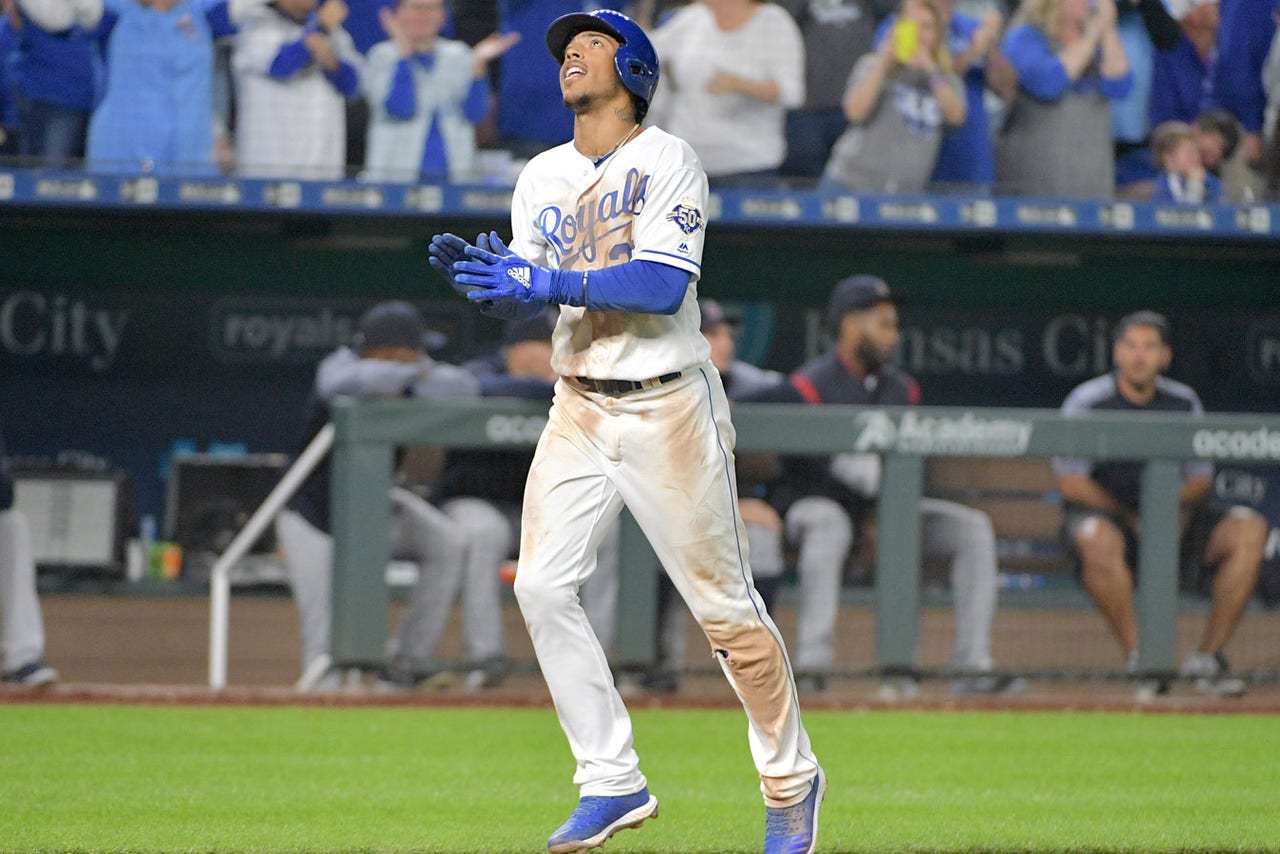 KANSAS CITY, Mo. — After losing an inconsequential game to the Kansas City Royals, the Cleveland Indians were relieved catcher Yan Gomes' injury was not as serious as first feared.

Adalberto Mondesi hit a three-run, tie-breaking homer to lift the Kansas City Royals to a 9-4 win over the Indians on Saturday night.

Gomes left the game in the bottom of the third with an injured right hand after he was hit by Alex Gordon's bat on a backswing as he attempted to throw out would-be base-stealer Mondesi. The Indians' training staff led Gomes off the field as Gordon was called out for interference and Mondesi was sent back to first. Gomes was replaced by Roberto Perez.

Gomes received two stitches on his hand near his thumb.

"I think we kind of dodged a bullet right there," Manager Terry Francona said. "When it first happened it was bleeding like crazy. He got a couple of stitches, but it's just a contusion. The doctors feel like in a couple of days, he gets the swelling out of there. He could play with the stitches but they feel like they can have them out of there by Tuesday or Wednesday. I'm sure he's going to be sore for a few days, but it looks like he's going to be OK."

Corey Kluber gave up three runs and seven hits in five innings in his final regular season start for Cleveland. Working with a short pitch count in his tune-up for American League Division Series against Houston, Kluber struck out six while throwing 80 pitches.

"I think there's a couple of times I made mistakes, but that happens every game," Kluber said. "For the most part I executed pitches the way I wanted to. It may not have always gone the way I wanted it to, but that's part of the game."

Kluber finished the year fifth in the AL with a 2.89 ERA. He walked 34 batters in 33 starts for a league-leading walk rate of 1.42 per nine innings.

"I thought he was actually pretty good," Francona said. "His line's not going to look as good. We didn't finish some plays. Melky (Cabrera) kind of came in and then didn't make the play and that ended up being three. After that the game got ugly."

After reliever Andrew Miller (2-4) gave up a single to Alcides Escobar in the sixth and a two-out walk to Whit Merrifield, Mondesi hit the next pitch into the left-center stands to break a 3-3 tie.

"Just stay short to the ball," Mondesi said. "I know if I go with that plan, you got time to recognize the pitch. Stay short and put a good swing on a pitch."

The Royals added another run with consecutive hits by Gordon, Hunter Dozier and Ryan O'Hearn.

Merrifield led off the bottom of the first with a sharp single to center, then stole second and third. He leads the American League with 191 hits and 44 steals. Merrifield, who also had a two-run double in the fourth, has a 19-game hitting streak, tying for the longest in the majors this year and matching his career best set last year.

Jakob Junis (9-12) went six innings, allowing three runs and eight hits with one walk and six strikeouts. Junis has walked just three in his last seven starts, over 56 innings, the best walk rate among American League starters over that span. Junis is 4-1 in 11 starts since Aug. 1, with a 3.38 ERA.

"I got off to a slow start," Junis said. "I was making decent pitches, they were just finding holes. Thankfully, they were just singles and I was able to limit the damage to just a couple runs and no extra base hits or home runs."

Rookie Meibrys Viloria had three hits and drove in the Royals' first run with a two-out, second-inning single.

Yonder Alonso and Cabrera gave the Indians a 3-1 lead in the third with consecutive two-out, run-scoring singles.

Yost on how Merrifield has continued to be so proficient at stealing bases, even with teams knowing he led the league in steals last year: "I think he's kind of lulled them to sleep. When Mondi got here was when he really took off and really started stealing bases." #Royals pic.twitter.com/FDZHZJZHOt

Indians: INF Erik Gonzalez is under concussion protocol after getting beaned Wednesday. "He's doing better today," Francona said. "He's actually going to go do some stuff in the weight room, get the blood flowing."

Royals: C Salvador Perez was held out of Saturday's lineup due to nagging left thumb pain. "It's been sore all month," manager Ned Yost said. "It's one of those things that he deals with and he's still been very productive." Perez is expected to be ready for Sunday's season finale.

RHP Carlos Carrasco (16-10, 3.42 ERA) closes out the regular season against LHP Eric Skoglund (1-5, 5.40). Francona expects Carrasco to throw about 80 pitches before giving way to RHP Trevor Bauer, who the Indians hope will finish from there. 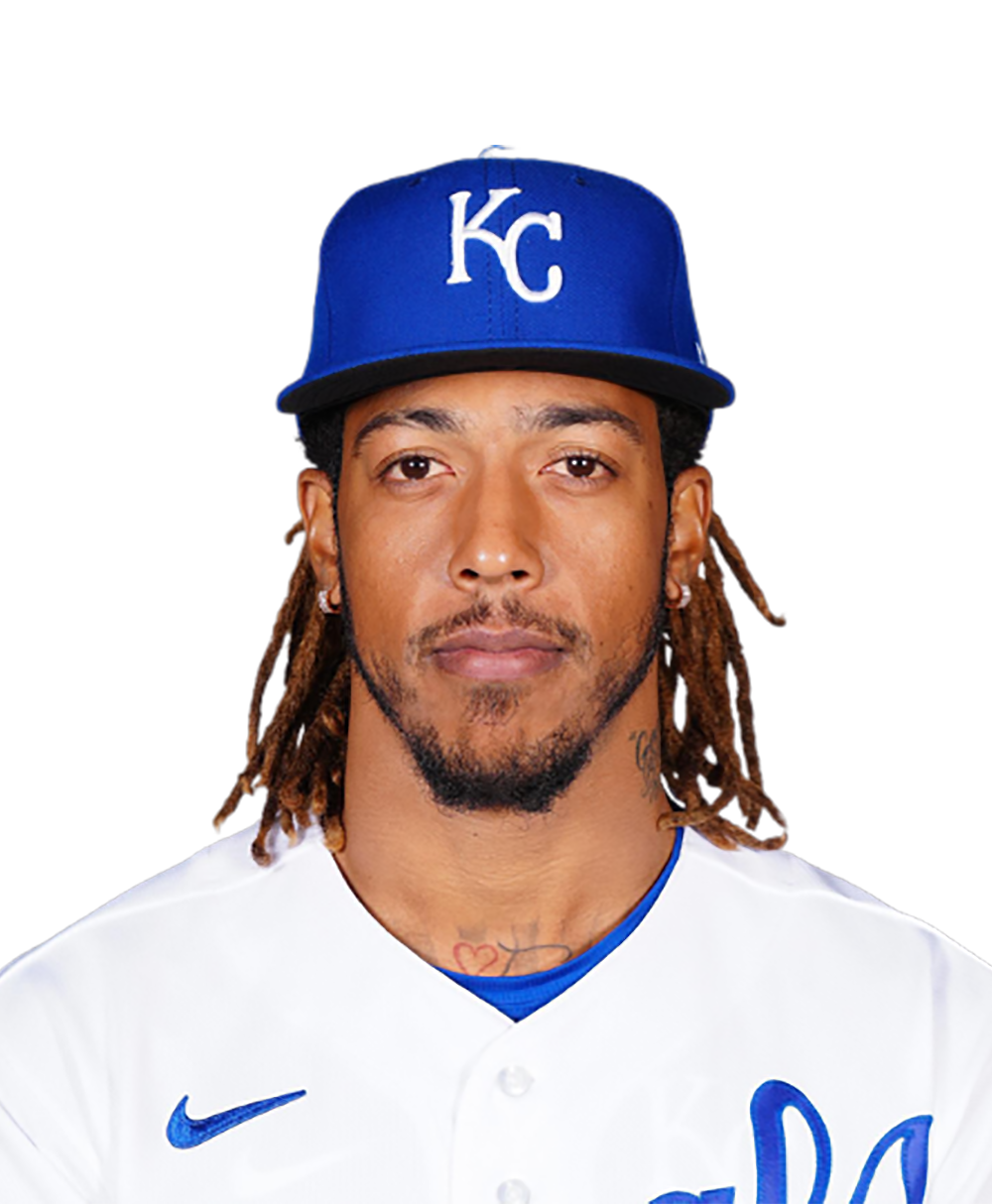