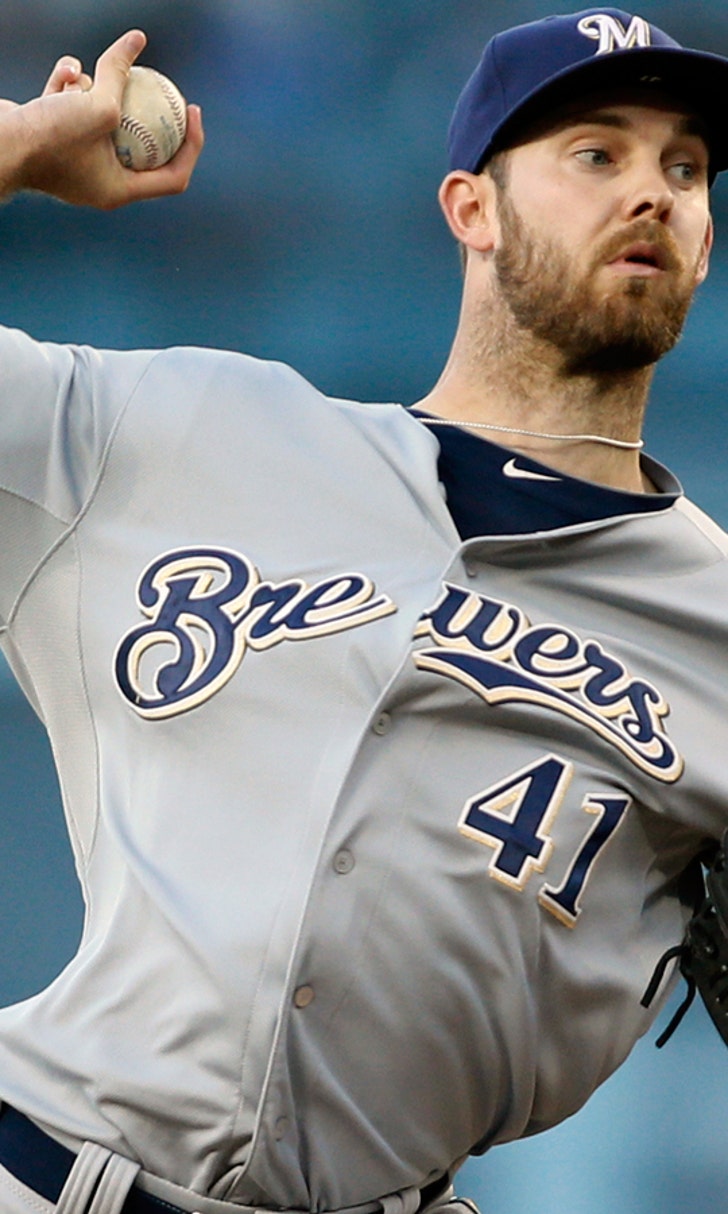 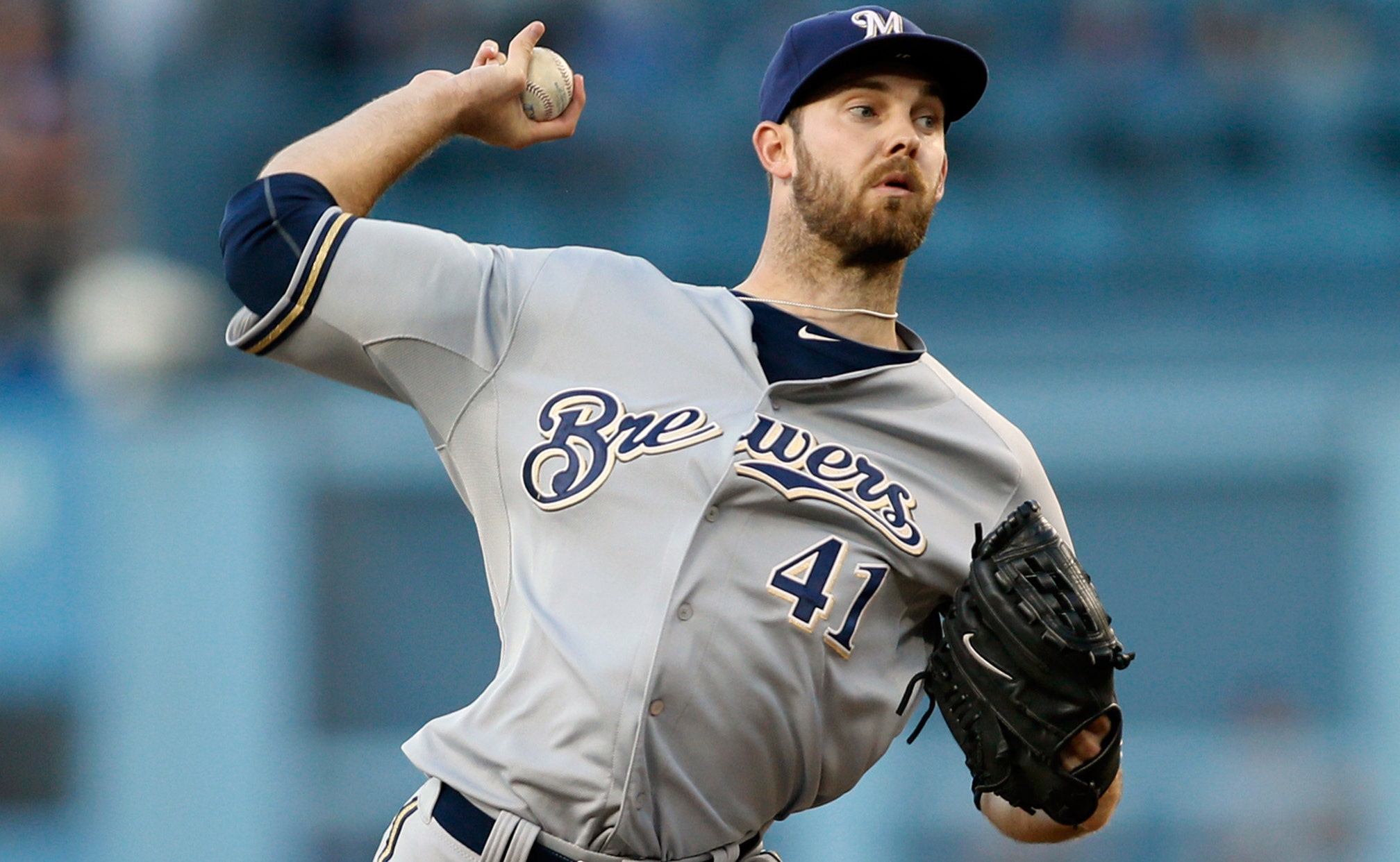 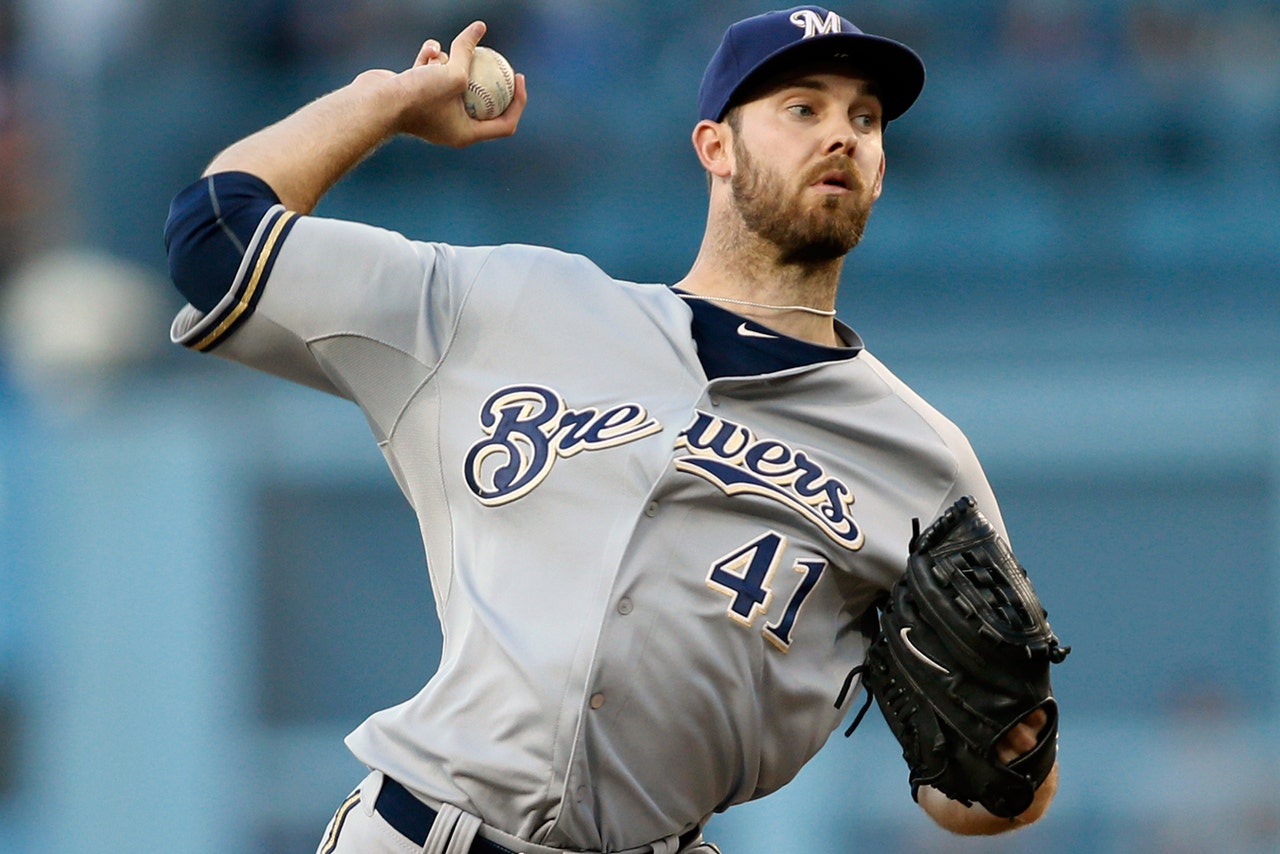 Jungmann (4-1) struck out seven and walked two on 100 pitches to help the Brewers improve to 5-2 in his starts.

Gomez went 2 for 3 with a walk and a strikeout while tying his career high for RBIs, his second five-RBI game in a week.

Brandon Beachy (0-1) gave up three runs and five hits in four innings, struck out two and walked three. The right-hander was making his first start in nearly two years after coming back from two Tommy John surgeries.

Beachy spent his first four seasons with Atlanta and in 2012 had the lowest ERA in the majors at 2.00 through 13 starts. But his season ended early with his first elbow surgery.

He came back the following year but made just five starts before having his second surgery. He signed a one-year deal with the Dodgers in February.

Jungmann got things going in the third, leading off with a single. With two outs, Ryan Braun hit a ground-rule double to deep left center, moving Jungmann to third. Adam Lind was intentionally walked to load the bases before Gomez's RBI double to deep center gave the Brewers a 3-0 lead.

Left fielder Andre Ethier leaped to make the catch, but the ball missed his outstretched glove and caromed off the wall, helping end the Dodgers' three-game winning streak.

The Brewers turned three double plays behind Jungmann. For the second straight game, the Dodgers were held to two hits through six innings. Their lone run came on pinch-hitter Kike Hernandez's sacrifice fly in the eighth.

Gerardo Parra's homer and Gomez's two-run double extended the Brewers' lead to 6-0 in the seventh.

Parra's RBI double in the eighth made it 7-0.

The Brewers can clinch the series and return to .500 on the road with a win Sunday in their last game before the All-Star break.

Brewers: Righty Wily Peralta, on the 15-day DL with a strained left oblique, allowed a run, two hits and no walks in 2 2/3 innings and struck out four on Saturday for Class-A Wisconsin. It was the first of at least three rehab outings that will continue with Double-A Biloxi before he rejoins the rotation before the end of July. "I know he's champing at the bit to get back," manager Craig Counsell said. "He's going to miss two months, and that's a big chunk of the season." 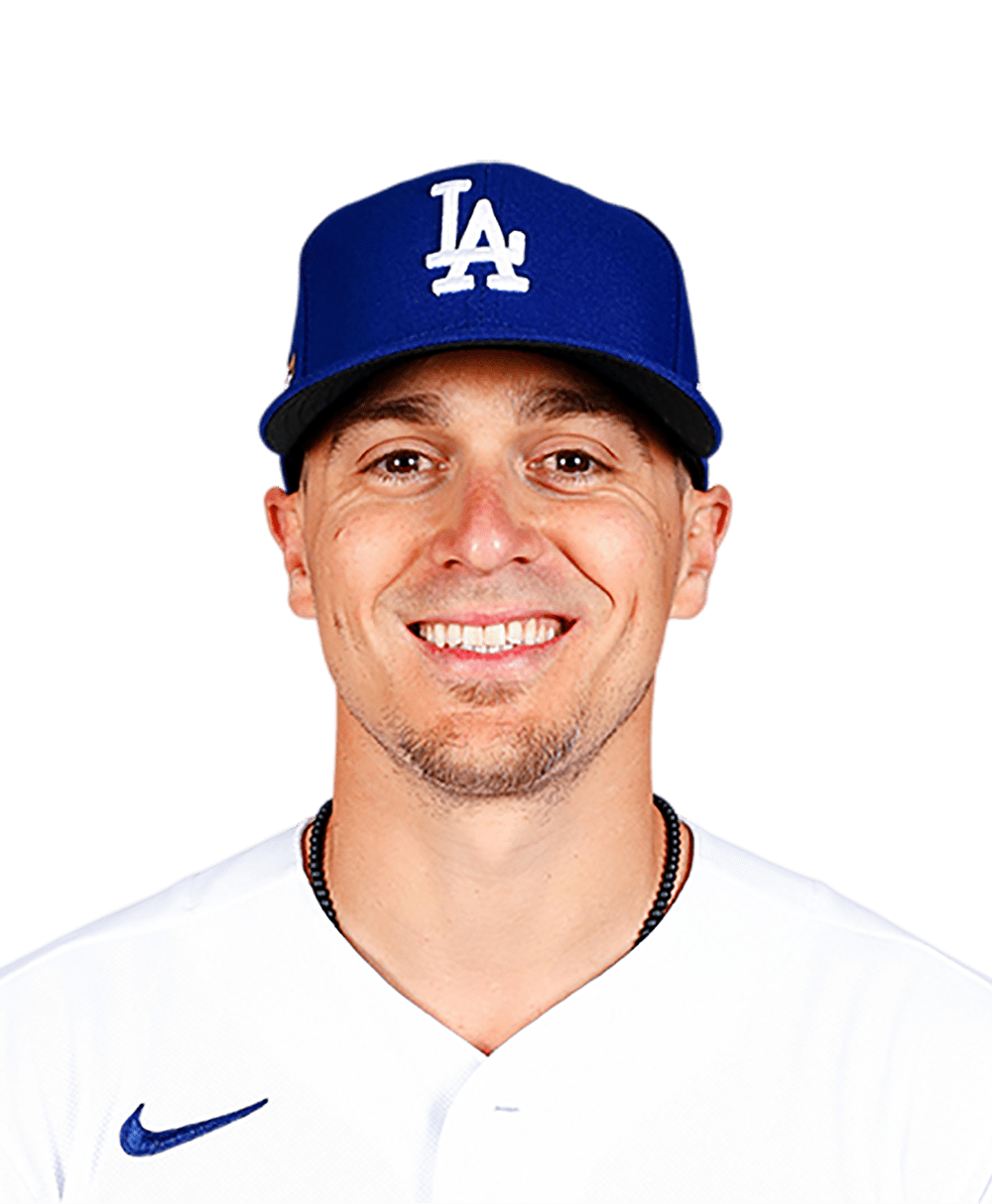