Chris Paul and J.J. Redick each scored 24 points, and Paul also had 13 assists for the Clippers, who lost in Memphis on Saturday night and were playing their second game in less than 24 hours. Los Angeles missed 19 3-point attempts and 13 free throws.

Still, despite trailing by 11 with 1:23 left, the Clippers could have tied it when DeAndre Jordan dunked as he was fouled. But Jordan missed his free throw with 27 seconds left. Former Pelican Austin Rivers also missed a 3-point shot that would have tied it in the final seconds.

The Pelicans tipped off shortly after announcing All-Star forward Anthony Davis, who hurt his left knee on Friday night, would miss the rest of the season to treat that injury as well as a torn labrum in his left shoulder that played with for much of the season.

Davis' knee injury was not believed to be serious, but with the Pelicans virtually eliminated from playoff contention, coach Alvin Gentry said it seemed prudent to shut down the club's franchise player during the final few weeks of the regular season.

Yet New Orleans found plenty of ways to score, thanks to several players either surpassing or approaching season highs in scoring. Luke Babbitt scored 14 points, including two free throws with 14 seconds left that gave the Pelicans a 108-105 lead. After Rivers' missed 3, Toney Douglas capped his 15-point night with a free throw that sealed it with 1.5 seconds left.

Jamal Crawford had 14 points, and the Clippers wanted him to shoot the potential tying 3, but Holiday's defense led Crawford to give the ball up and Rivers wound up having to put it up as time wound down.

Jordan finished with 12 points, but missed five of 11 free-throw attempts.

Clippers: The Clippers rested starting forward Jeff Green, who was elbowed in the head during Saturday night's loss at Memphis. Paul Pierce started in Green's place. ... When fans heckled Clippers coach Doc Rivers for complaining about a foul called against his team, he turned to the crowd and shouted, "You really think that was a foul?" When several spectators answered in the affirmative, Rivers responded, "You better be honest. It's a Sunday."

Pelicans: The Pelicans' announcement that Davis would miss the rest of the season meant New Orleans would be without four starters for its final 14 games, including small forward Quincy Pondexter (who never played this season), and guards Tyreke Evans and Eric Gordon. ... Two of the Pelicans five starters against the Clippers still have fewer than 10 starts apiece this season. Douglas made his sixth start and Babbitt his seventh. 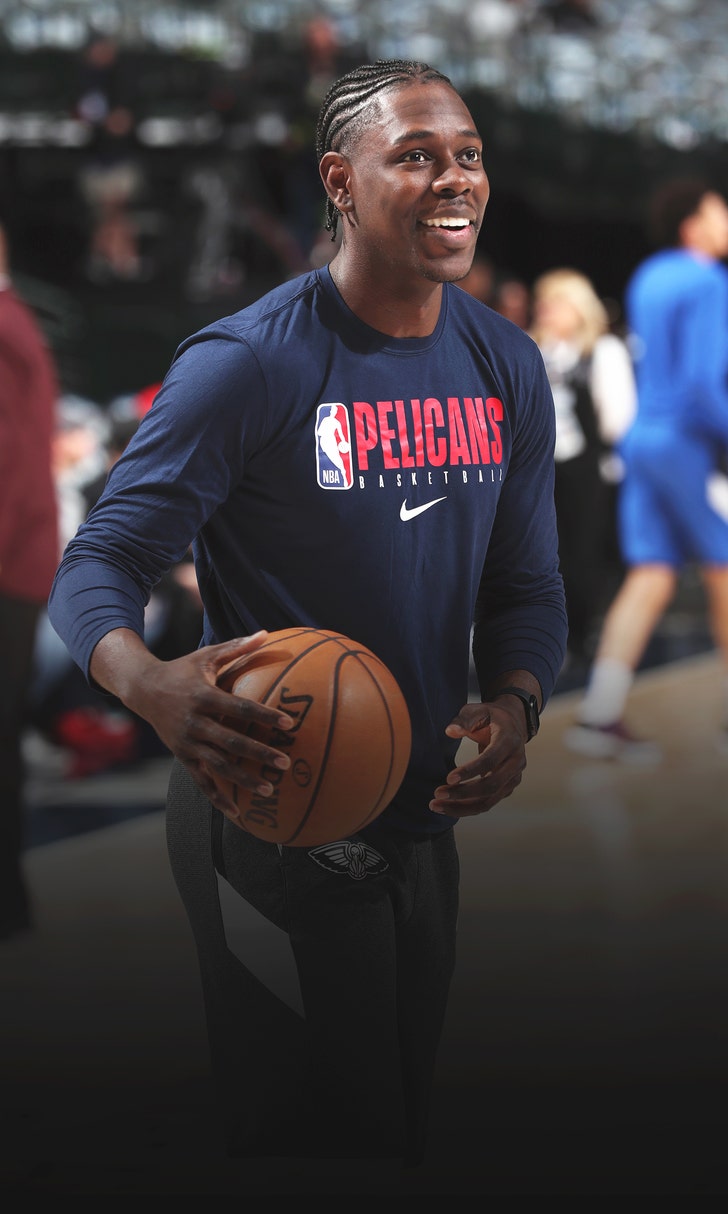 Holiday Founds Social Justice Fund
As several NBA players pledge their remaining salaries to charity, Jrue and Lauren Holiday are stepping up in a big way.
July 15, 2020
those were the latest stories
Want to see more?
View All Stories
Fox Sports™ and © 2021 Fox Media LLC and Fox Sports Interactive Media, LLC. All rights reserved. Use of this website (including any and all parts and components) constitutes your acceptance of these Terms of Use and Updated Privacy Policy. Advertising Choices. Do Not Sell my Personal Info