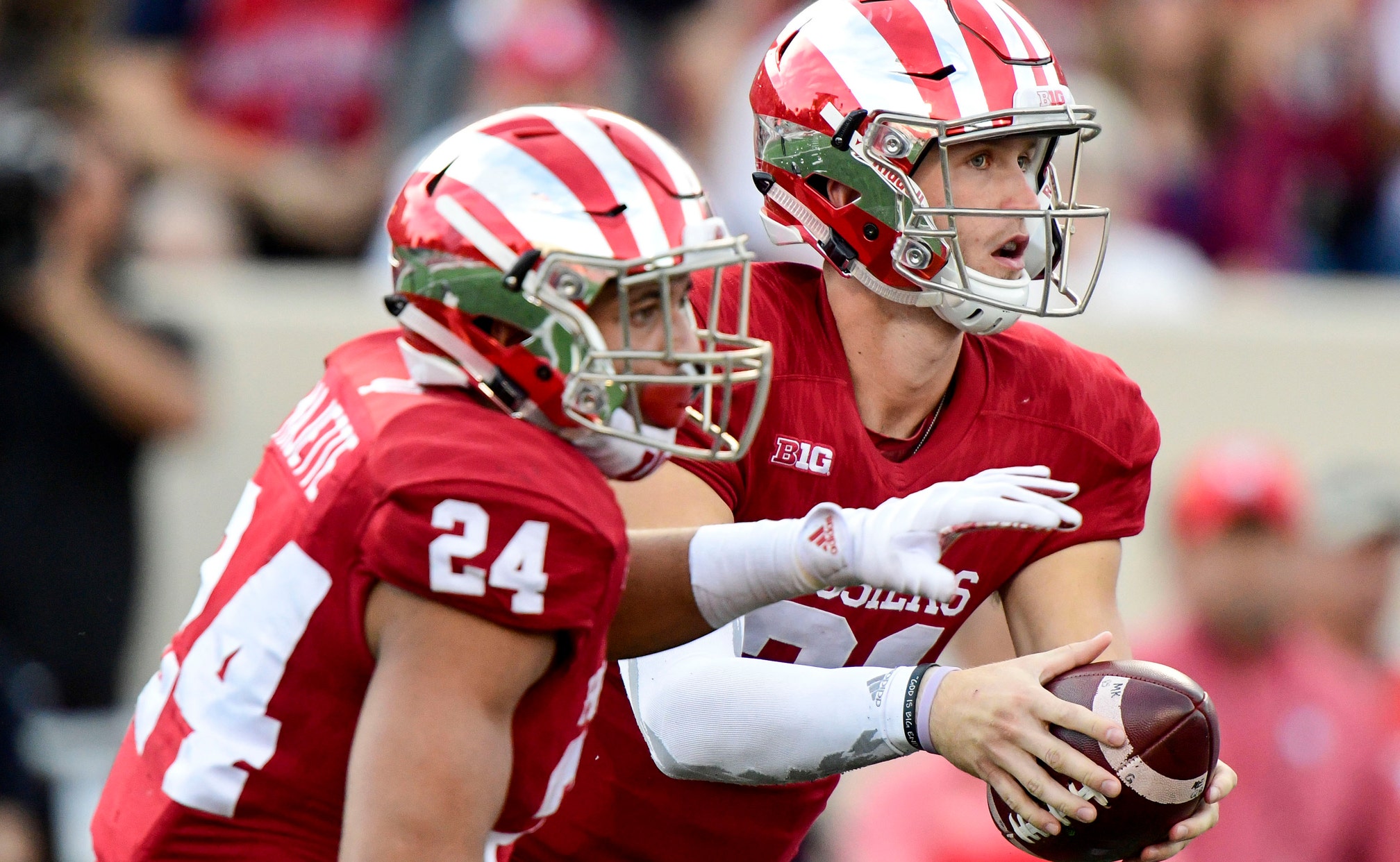 Hoosiers leaving nothing to chance amid opening night hoopla 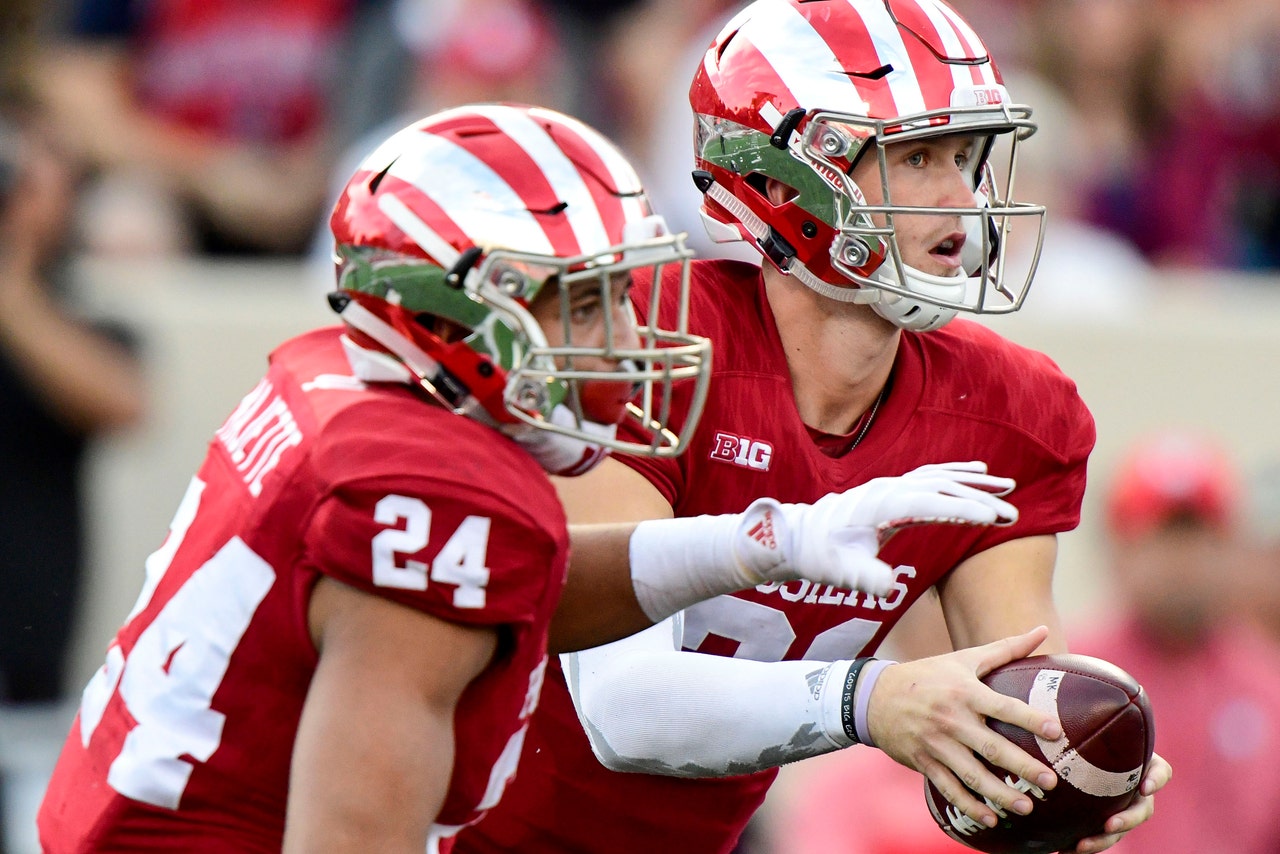 BLOMINGTON, Ind. -- No. 2 Ohio State revels in the glitz and glamour of the big stage. Nationally televised games, hours-long pregame shows and college football's circus-like atmosphere have become the norm.

For Indiana, all the pomp and circumstance of this year's opening night is a whole new world.

"Biggest home opener in the history of our program," first-year coach Tom Allen said as the Hoosiers turned their attention to Ohio State late last week. "I know I've said that many times, but it is what it is. That's exactly the situation we find ourselves in."

While the Hoosiers are newcomers to this kind of spotlight, they are leaving nothing to chance.

They worked out underneath the Memorial Stadium lights, to get acclimated to the glare.

They discussed how to stay focused on game day even as their fans clamor for an opportunity to appear on ESPN's "College GameDay" show, which is making its first trip to Bloomington, Indiana.

They've talked about avoiding stage fright, keeping the game in perspective and dealing with the return of former coach Kevin Wilson, now the Buckeyes' offensive coordinator.

And yet, what the Hoosiers really want is a chance to prove this doesn't have to be a one-off deal.

Allen has wisely left out any historical references. The daunting numbers show why.

Ohio State has won 22 straight in the series, including a 2010 game that was later vacated. Indiana hasn't beaten the Buckeyes since 1988.

The Hoosiers, meanwhile, haven't beaten a Top 25 team on opening weekend since 1968, are 1-9 all-time against ranked teams in Week 1 and are 0-6 against the Top 10 in season openers.

Still, Buckeyes coach Urban Meyer also knows how treacherous early-season road games can be -- as the Buckeyes found out in a Week 2 loss at Virginia Tech three years ago. They rebounded from that early slip-up to win the national title.

A repeat in Thursday's conference opener, as Meyer knows, could doom Ohio State's title hopes before the second act even begins.

So Meyer will rely on the Buckeyes' experience to deliver another marquee performance.

"Last year was very alarming because our whole team was new," he said. "This year is a little more comfort because guys have been in the environment before. This is a whole different set of circumstances because it's on the road in a Big Ten game. But we've practiced as such."

Here are some other things to watch Thursday night:

Ohio State's top running back Mike Weber has been slowed by a hamstring injury over the last month, giving true freshman J.K. Dobbins a chance to take the majority of first-team snaps. He's already No. 2 on the depth chart.

How will the Buckeyes use them? Meyer said Monday that Weber, who rushed for 1,093 yards last season, was "almost ready" after recently returning to full speed. Even if Dobbins doesn't start, he's expected to play a key role.

Indiana has produced four 1,000-yard runners over the last three seasons -- and Devine Redding is trying to become the third straight Hoosiers back to make an opening day NFL roster.

But this year, there's no clear-cut starter and Allen plans to use a handful of backs. Reliable Mike Majette is expected to start, but expect to see Devonte Williams and Cole Gest, among others.

ALL THE RIGHT MOVES

The Hoosiers aren't quite sure whether they'll be facing Wilson's offense or Meyer's offense. Either way, they'll have to adjust on the fly.

"We've done more unscripted plays than we ever have," Meyer said, referring to practice. "I'll just throw the ball down second-and-one, third-and-six, on purpose. They can't look off a sheet. They have to call plays. Done a very nice job."

Scales, a senior from Cincinnati, led the nation in tackles for loss (23 1/2) last season and finished with 93 tackles. Fant, a fifth-year senior, is the Football Bowl Subdivision's active leader with 48 passes defenses defensed and 44 pass breakups in 38 career games. Both need to play well for the Hoosiers to achieve their goal of being a Top 25 defense this year.

Former Hoosiers coach Lee Corso, who is better known for using mascot heads to pick teams on "GameDay," will be honored with the Bill Orwig Award at the end of the first quarter. The award honors non-alums who have made outstanding contributions to Indiana.

Indiana Stuns Penn State Amid Controversy
Did he make it? Should it have been overturned? Twitter had plenty to say about the controversial victory vs. Penn State.
6 days ago