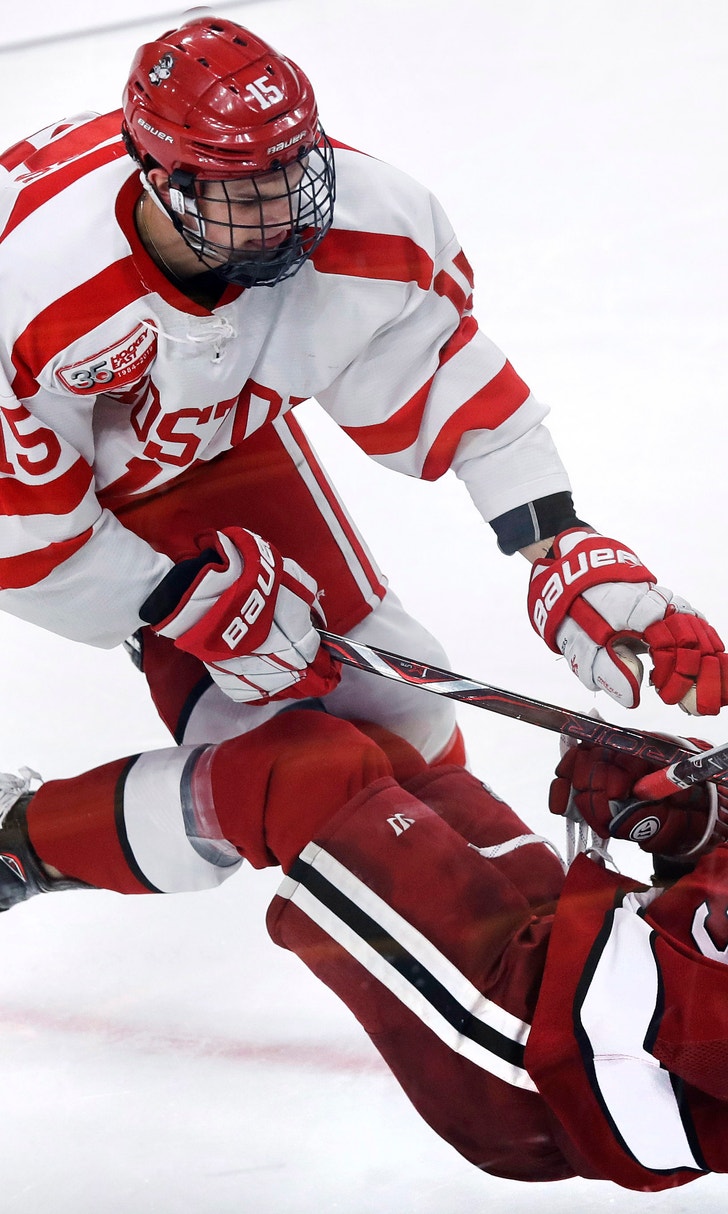 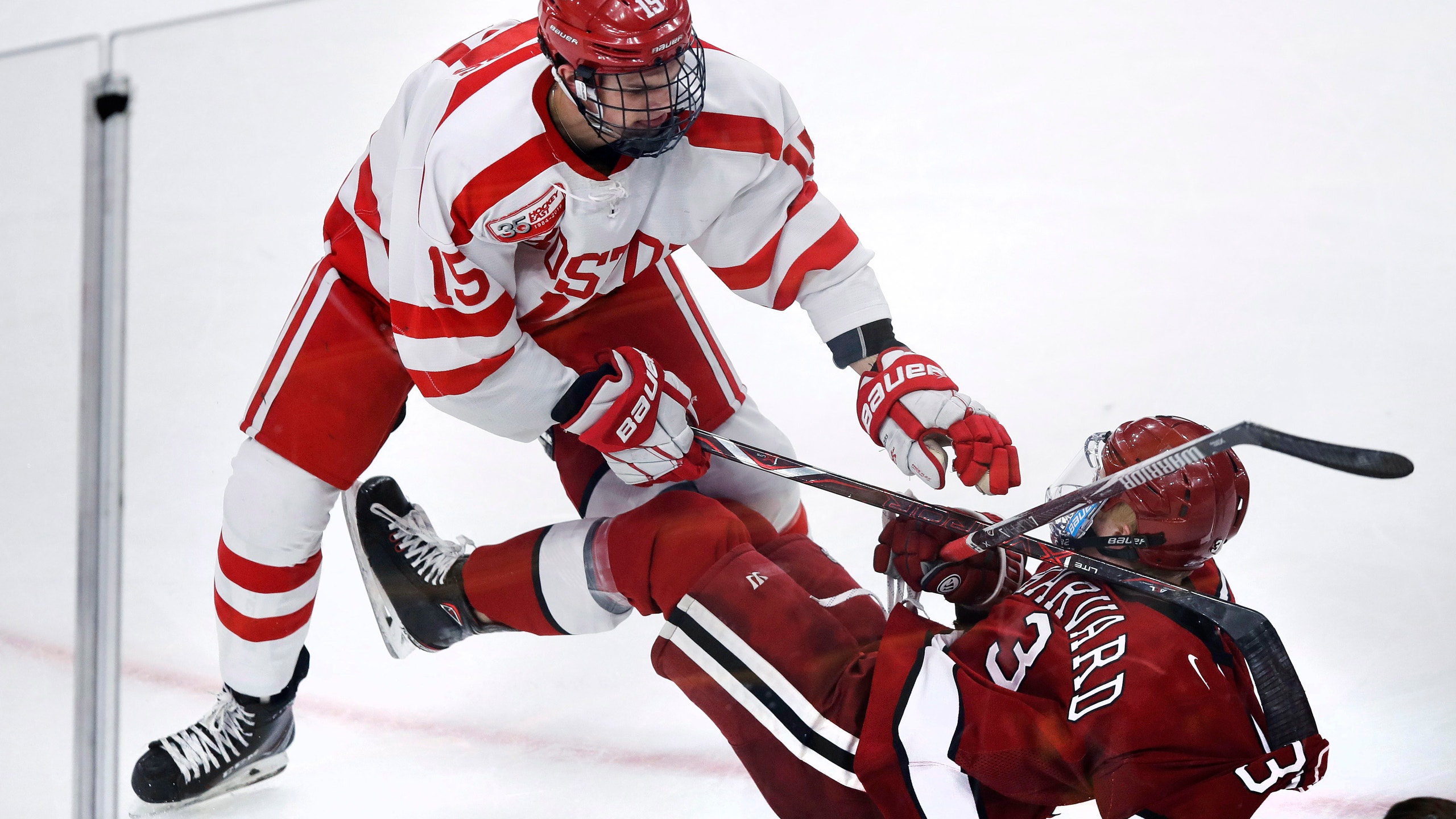 Patrick Curry and Gabriel Chabot scored and Vinnie Purpura made 34 saves for the Terriers (11-13-3) in the annual matchup of the area's four college hockey powers. BU has won the most Beanpot titles — 30 of 66 — but it has the longest current drought of any of the four schools, last winning in 2015.

After a scoreless first period, Gregoire gave Harvard the lead midway through the second. The Crimson made it 2-0 with about four minutes left in the second when Walsh, knocked off his skates in the slot, managed to slide the puck over to Jack Badini, who beat Purpura.

Ivy League
share story
those were the latest stories
Want to see more?
View All Stories
Fox Sports™ and © 2021 Fox Media LLC and Fox Sports Interactive Media, LLC. All rights reserved. Use of this website (including any and all parts and components) constitutes your acceptance of these Terms of Use and Updated Privacy Policy. Advertising Choices. Do Not Sell my Personal Info