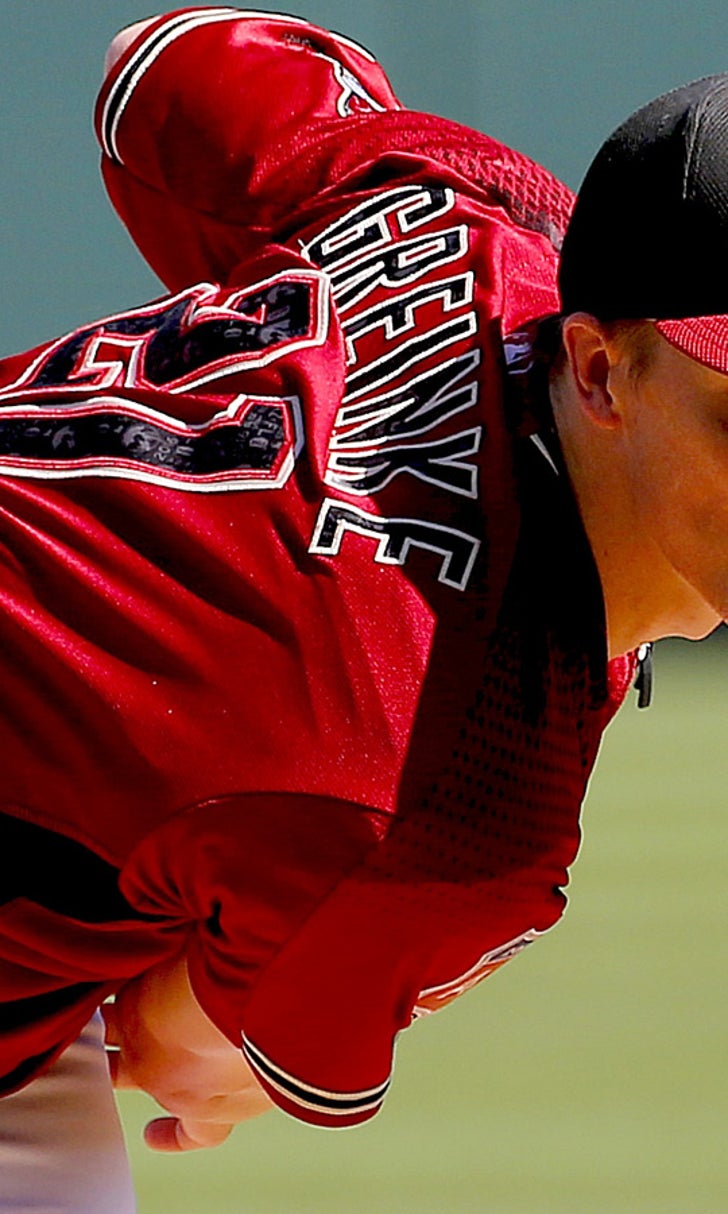 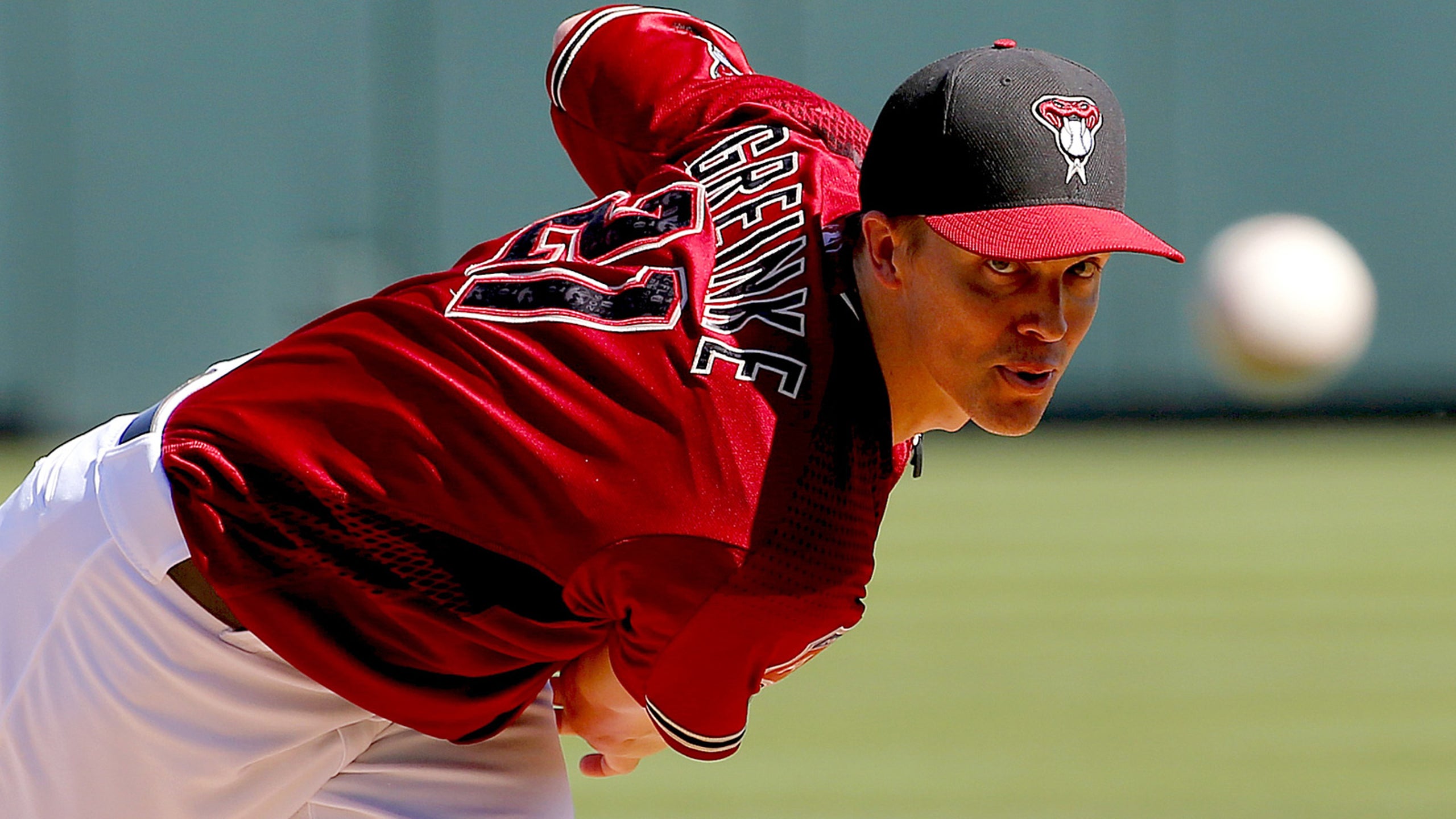 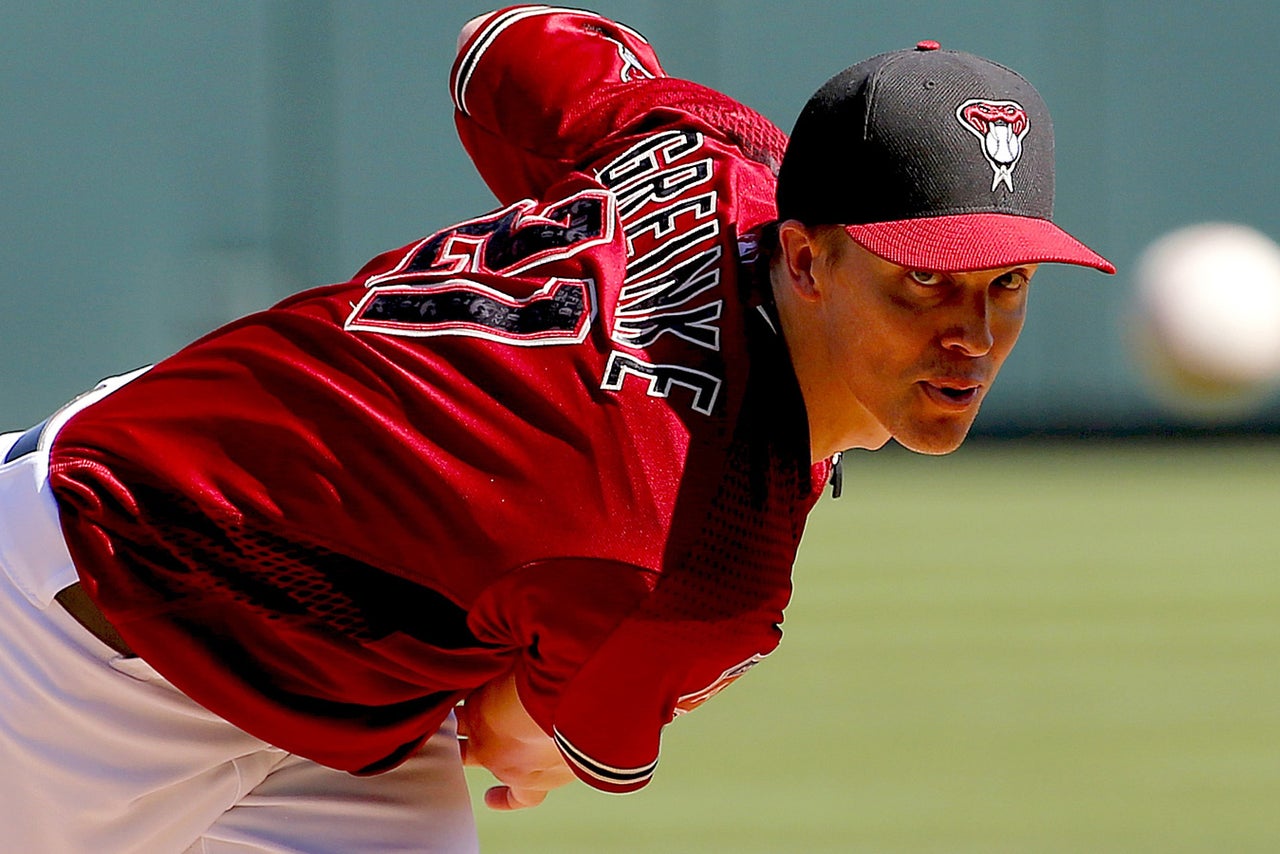 Greinke, starting for the fourth time with his new team, allowed four hits in 5 2/3 innings. He struck out seven and walked one. Greinke entered the game with four strikeouts in his past 8 2-3 innings.

"He was very good and he didn't even have that fastball command today," Diamondbacks manager Chip Hale said. "He was up in the zone."

Welington Castillo and Brandon Drury homered on consecutive pitches in the third for the Diamondbacks. Kevin Cron also homered and Paul Goldschmidt added an RBI double.

Chi Chi Gonzalez, in the mix for the fifth spot in the Texas rotation, allowed seven runs on eight hits and two walks over 3 2/3 innings.

Gonzalez allowed only a hit and a walk over his first two-plus innings, but his solid beginning came to an abrupt halt with two outs in the third.

Phil Gosselin reached on an infield single when no one covered first and scored on a double to the wall in right by Goldschmidt. David Peralta doubled to make it 2-0 and Castillo and Drury followed with home runs for a 5-0 lead.

"He's a good hitter, period." Hale said of Castillo. "When a guy gets to the major leagues and doesn't play as much, it's hard to put up numbers. We're seeing he's a pretty good hitter."

Gonzalez's struggles carried into the fourth. He walked Greinke to lead off the inning, Jason Bourgeois singled to left and Jean Segura tripled to right to make it 7-0.

Rangers: Gonzalez said one the two home runs came on a slider, which is supposed to be his out pitch.

"I need a punch out. I need some punchouts," said Gonzalez, who struck out one batter in a minor league start but has no strikeouts in 8 1/3 major league spring innings. "There were a couple of balls that were supposed to be down and in but they didn't go in. They stayed in the middle."

Gonzalez also took slight issue with home plate umpire Chris Segal's strike zone, motioning with his left hand near his letters and then gesturing with both hands wide apart.

"I just wanted to remind him there was a strike zone," Gonzalez said. "It was weird. He only really tightened up when Paul Goldschmidt came up."

Diamondbacks: Greinke pitched into trouble only once, loading the bases to lead off the fourth. He escaped courtesy of a baserunning error by Rougned Odor that led to a double play and a subsequent Joey Gallo strikeout.

"My goal really was to locate the fastball and it was good but wasn't great," Greinke said. "I learned a lot about where I can throw it good and where I can't throw it good."

Greinke was in such command that when Gallo reached second on dual fielding and throwing errors by second baseman Gosselin in the second, the right-hander promptly picked him off.

Rangers: RHP Nick Martinez will try to reverse his spring Sunday in Surprise against the Los Angeles Angels. Martinez has made three appearances, including a start, and has surrendered nine earned runs on 11 hits in 7 2-3 innings.

Diamondbacks: RHP Shelby Miller will make his third start of the spring. Miller has yet to strike out a batter in his five prior innings.