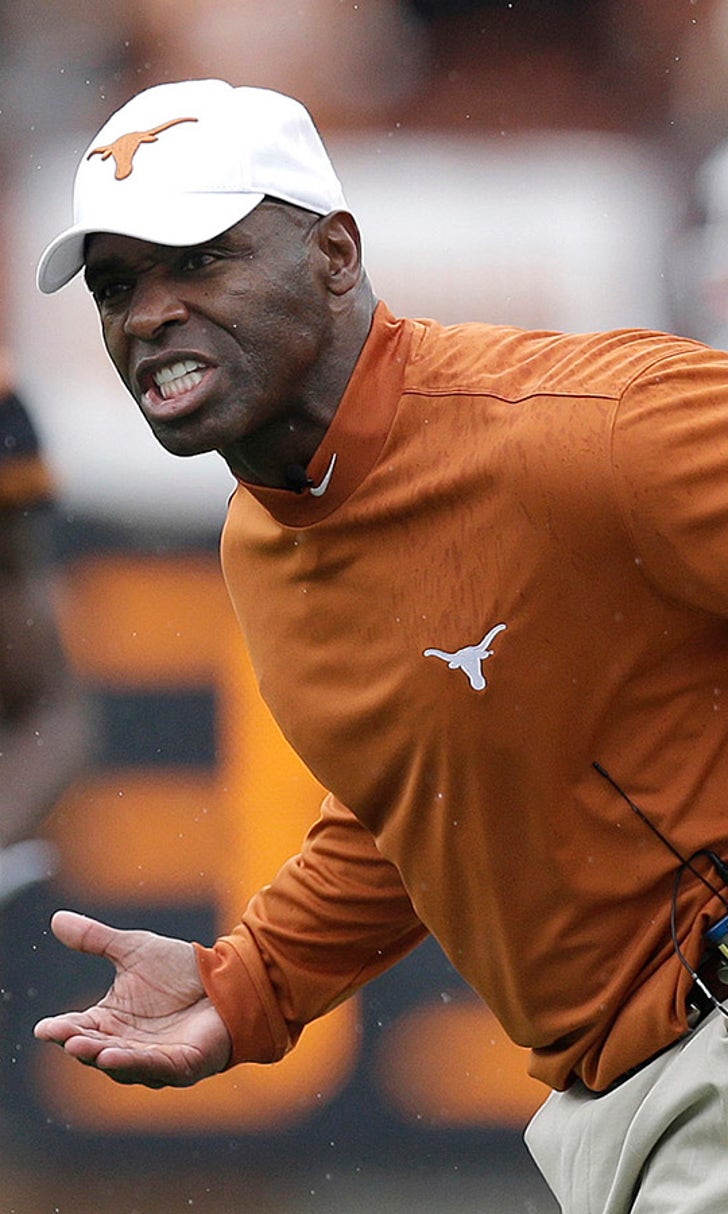 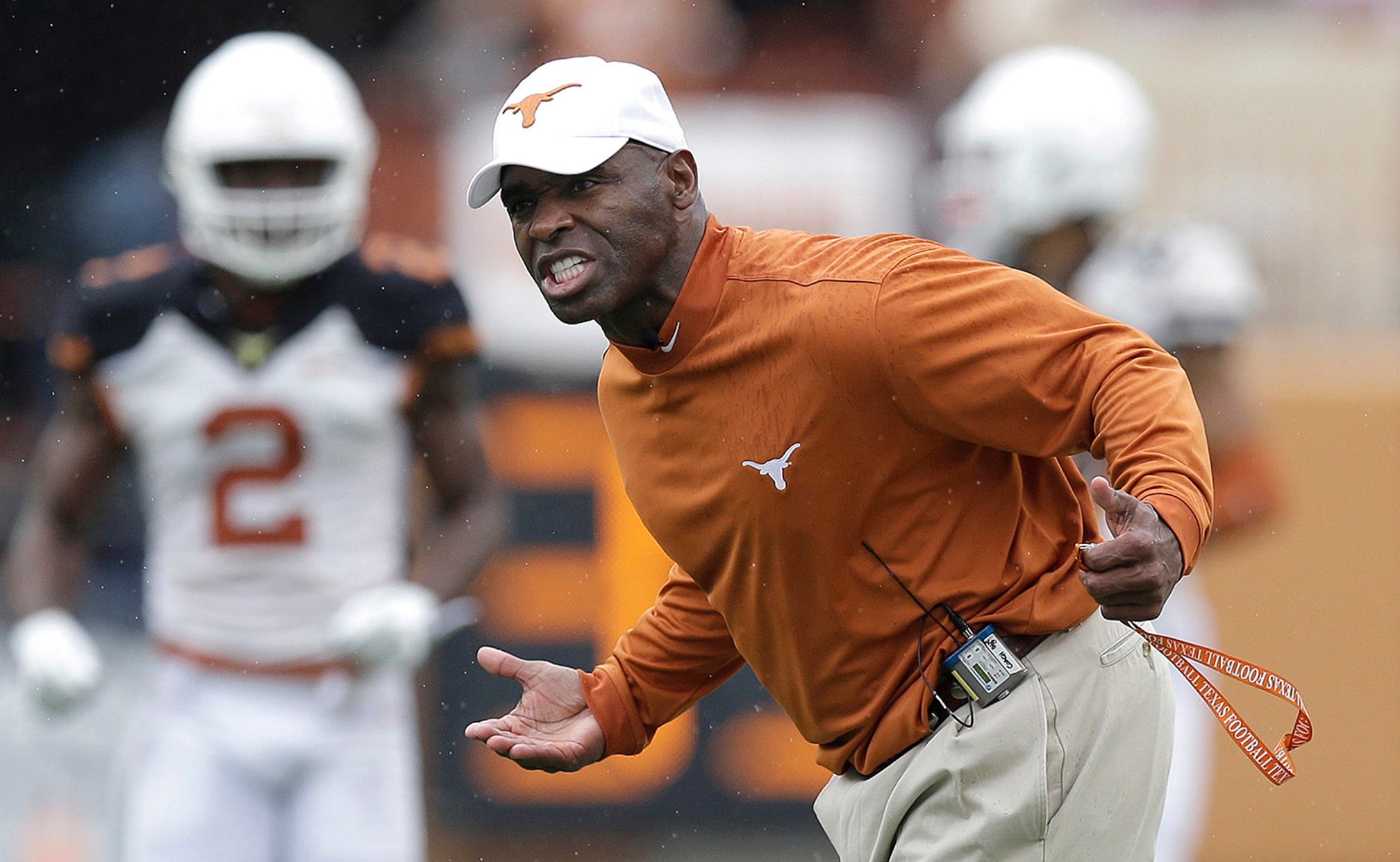 AUSTIN, Texas (AP) -- Freshman quarterback Shane Buechele will be giving Texas coach Charlie Strong a lot to think about for the 2016 season.

Buechele's performance Saturday was the highlight as the Longhorns wrapped spring practice with their annual scrimmage, an effort that will set fans buzzing about who should start in the season opener against Notre Dame on Sept. 4.

Buechele passed for 299 yards and two touchdowns and generally outplayed senior Tyrone Swoopes in a strong bid to seize the starting job as Texas unveiled its new up-tempo offense.

The quarterback competition has become the focus of the offseason as Strong looks for a reliable starter after two consecutive losing years.

Strong praised Buechele's play but wasn't ready to declare him No. 1 yet. Strong noted that Heard will be back in the competition in the fall compete

"Today (Buechele) did a good job, a really good job," Strong said. "Tyrone has had his days, he didn't have it today ... We're going to have us a quarterback who is going to be very effective and is going to be able to move the ball up and down the field."

Texas thought it had solved that riddle early last season when Heard replaced Swoopes after the first game. But the losses mounted, Strong hired new offensive coordinator Sterlin Gilbert and the competition at quarterback was wide open again.

"Competition has always been around him," Strong said. "Nothing is really going to fluster him."

Swoopes was 4-of-16 for 71 yards with no touchdowns and two interceptions. He also had receivers drop at least three passes. Neither quarterback was made available to the media after the scrimmage that ended after two quarters because of bad weather approaching the area.

Strong insisted the competition, with Buechele, Swoopes and Heard, will continue into August, although he hopes to name a starter "way before" the Notre Dame game. Strong said he'd be comfortable starting Buechele "if he wins" the job.

"At one time you felt like you didn't have anybody. Now we feel like we've got one, two, three," Strong said of his quarterbacks.

Rattler's Redemption
Spencer Rattler is Reggie Bush's 'Playmaker of the Week' after leading Oklahoma to a 4OT win over Texas last Saturday.
5 days ago

Anything But Predictable
Throw out the records when it comes to OU-Texas. It still feels like there is everything on the line, Martin Rogers writes.
October 10
those were the latest stories
Want to see more?
View All Stories
Fox Sports™ and © 2020 Fox Media LLC and Fox Sports Interactive Media, LLC. All rights reserved. Use of this website (including any and all parts and components) constitutes your acceptance of these Terms of Use and Updated Privacy Policy. Advertising Choices. Do Not Sell my Personal Info