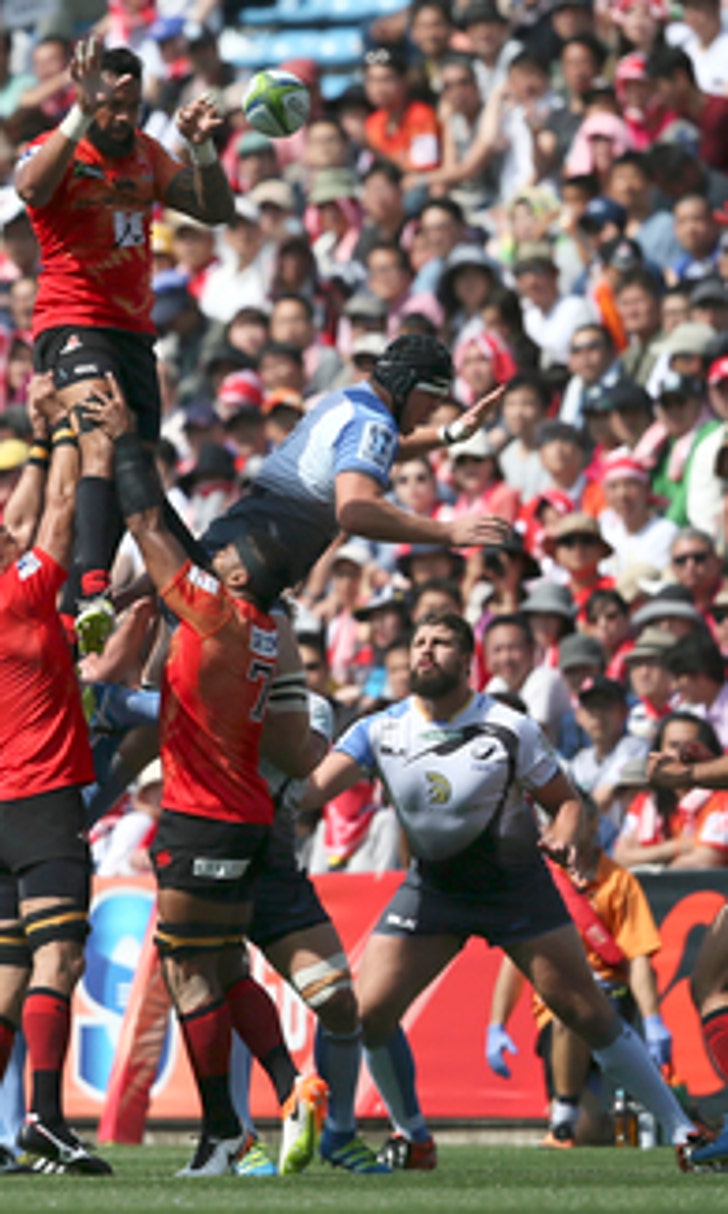 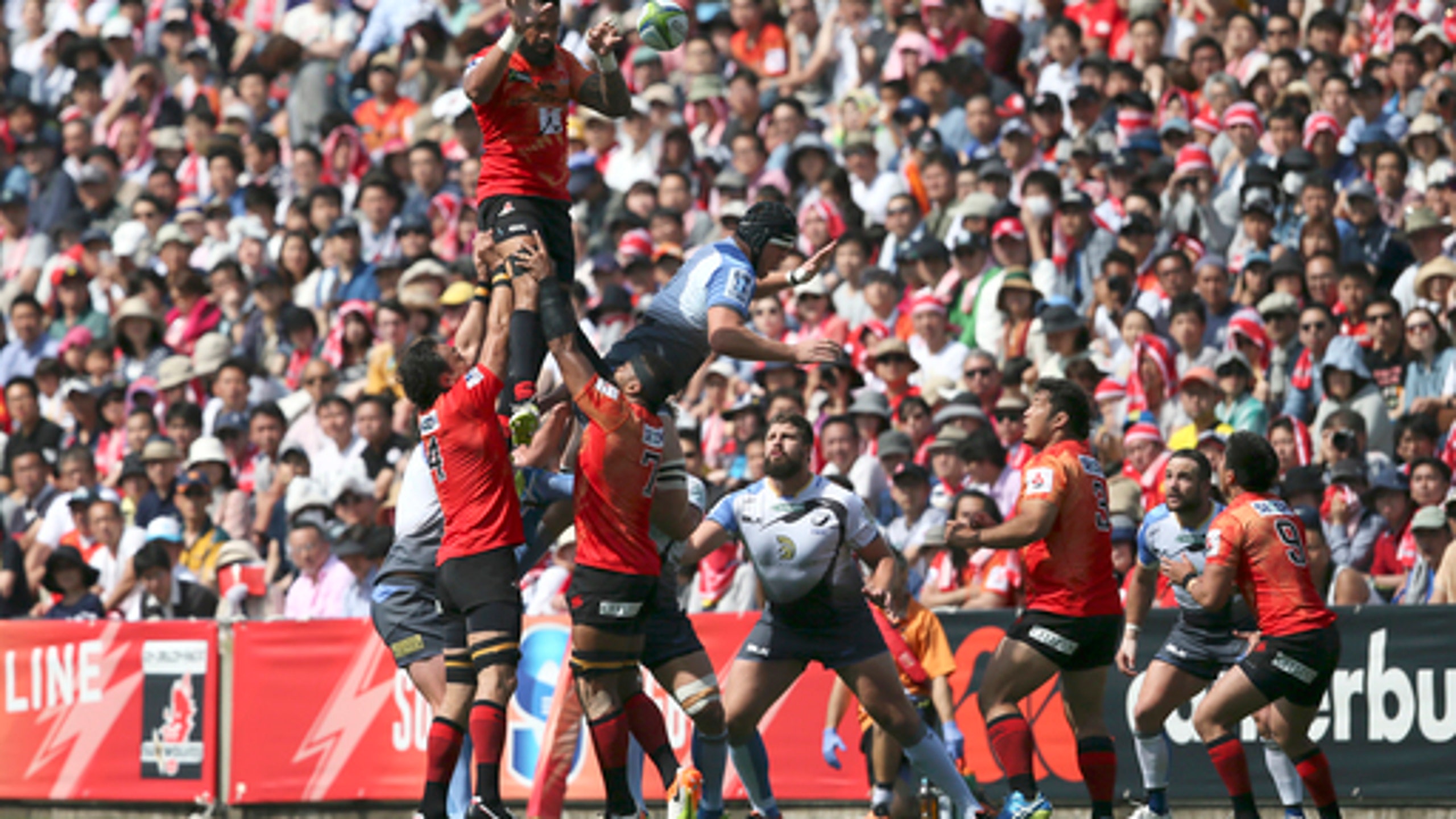 Crusaders go top in Super Rugby after round 11 win 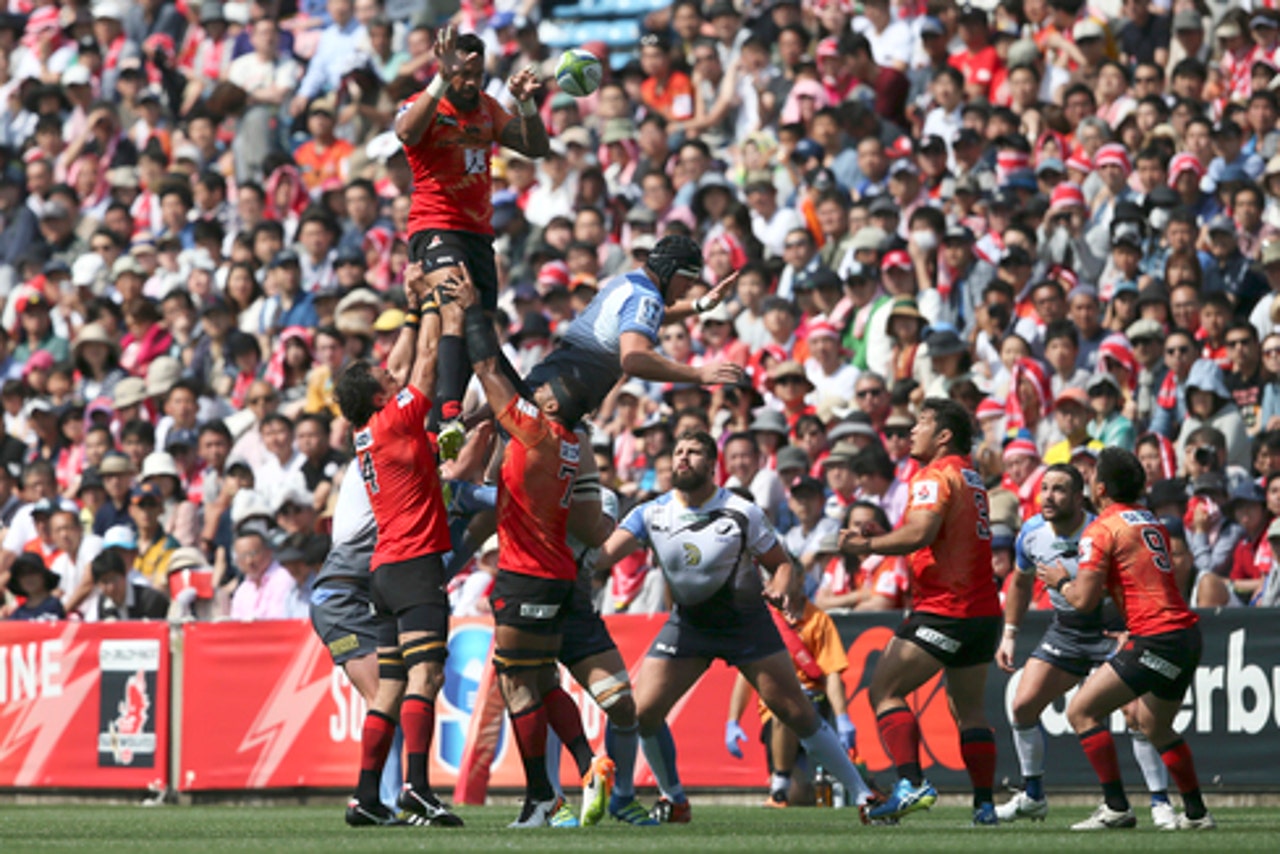 WELLINGTON, New Zealand (AP) The Crusaders and Highlanders, teams from New Zealand's South Island, combined to rearrange the top of the Super Rugby table with wins in the weekend's 11th round.

First the Christchurch-based Crusaders beat the Queensland Reds 38-5 on Friday to post their eighth straight win, claim a bonus point and move into first place. Then the Dunedin-based Highlanders beat the previously first-place Chiefs 26-13 Saturday to halt the Hamilton-based side's winning streak at seven matches and end their almost season-long reign atop the table.

The Highlanders' third consecutive win and their fifth in succession over the Chiefs, who they beat three times last season on the way to their first Super Rugby title, steadied their faltering title defense and allowed the Crusaders to hold first place on points differential.

Both the Crusaders and Chiefs have 37 points, five more than the Highlanders, who moved a point ahead of the Wellington-based Hurricanes, whose rise up the standings stalled with a 32-15 loss to the Durban-based Sharks.

The Cape Town-based Stormers and Johannesburg-based Lions both had weekend byes but stayed atop the standings in their respective South African conferences, though the Stormers are now only a point ahead of the Pretoria-based Bulls and the Lions lead the Sharks by the same margin.

On a good weekend for Australian sides, the ACT Brumbies beat the Bulls 23-6 and the New South Wales Waratahs defeated the Cheetahs 21-6 to both move ahead of previous leaders the Melbourne Rebels in the Australian conference. Both teams have 25 points and, while the Brumbies are now in the first place in Australia, the Waratahs have a game in hand.

The Perth-based Western Force also won in round 11, beating the Sunwolves 40-22 in Tokyo to end a seven-match losing streak while the Rebels were also out of action with a weekend bye.

A bye next weekend can't come quickly enough for the Chiefs, who have been the championship pacesetters throughout the season but whose faltering campaign finally hit the buffers with Saturday's loss to the Highlanders.

After winning impressively and averaging almost 40 points through the first seven rounds, the Chiefs struggled to wins over the Auckland-based Blues, Hurricanes and Sharks before finally tripping up against the Highlanders.

All Blacks winger Waisake Naholo returned from a broken leg to spur the Highlanders with a second-half double. Naholo hadn't played since the first round of the season when he suffered a fracture to the same right leg he broke on his All Blacks debut last June.

His tries in the 44th and 61st minutes helped clinch the Highlanders' win and - scored in front of the All Blacks coaches - likely earned him the right wing berth in June's test series against Wales.

Naholo said he was feeling the pinch in his first match back after a long layoff.

Chiefs flyhalf Aaron Cruden scored a try and kicked a penalty to likely remain the frontrunner for the All Blacks' flyhalf berth, vacated by Dan Carter, though his Highlanders opposite Lima Sopoaga had a sound game.

The Crusaders are steadily looming into title contention and the strength of their challenge will be measured by next weekend's clash with the Highlanders.

''The good thing after a win is that you know you are going to sleep well over the weekend,'' coach Todd Blackadder said.

Blackadder does have some concerns over the 14 penalties his team conceded on Friday but was confident they would improve their discipline against the Highlanders.

The Hurricanes crashed back to earth in Saturday's loss to the Sharks, a week after their 50-17 win over the Lions. The Sharks outplayed the Hurricanes at breakdowns, setting up a four tries to two win which again exposed the Hurricanes' lack of consistency.

The Blues beat the Kings 34-18 at Port Elizabeth for their first win away from home in two years.