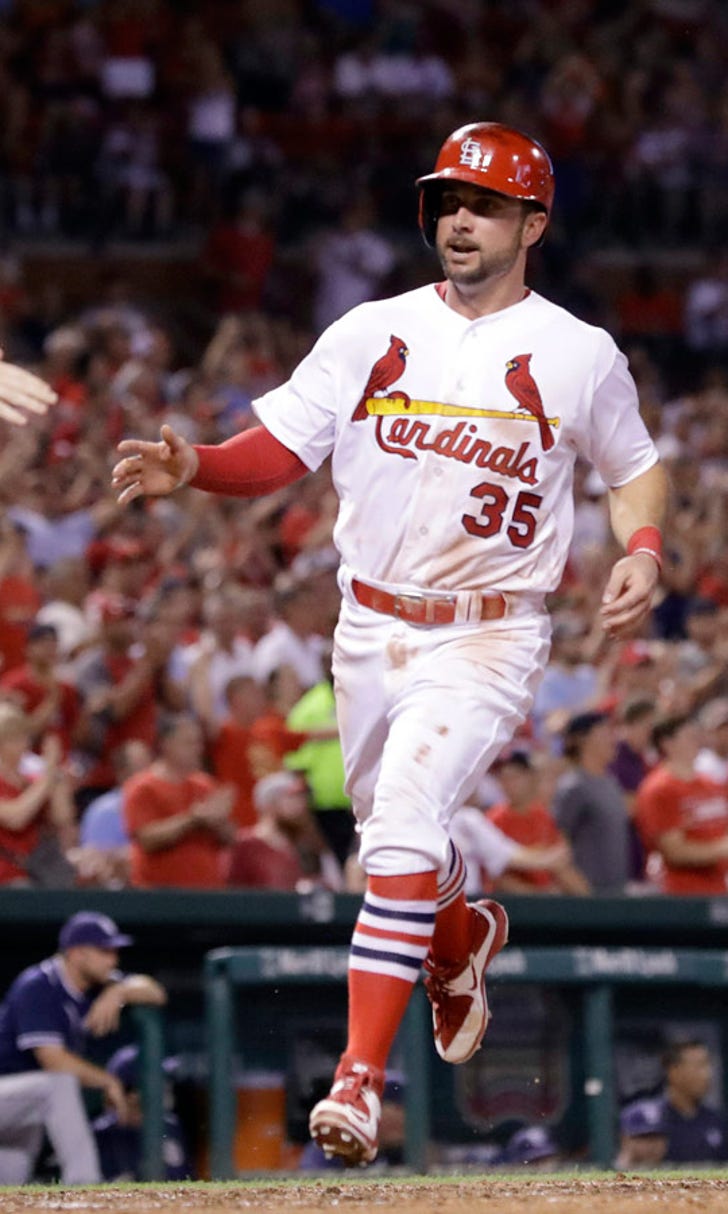 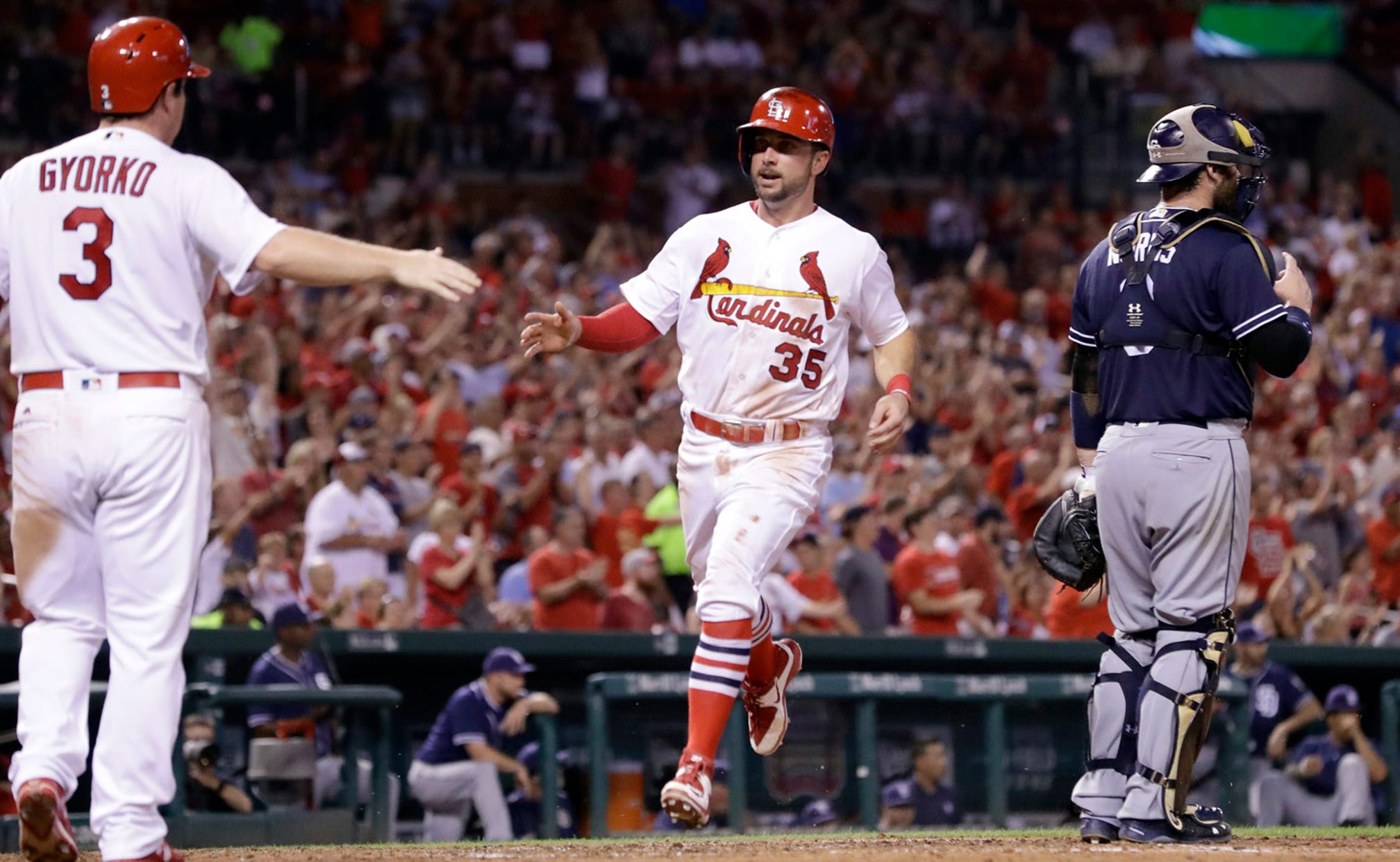 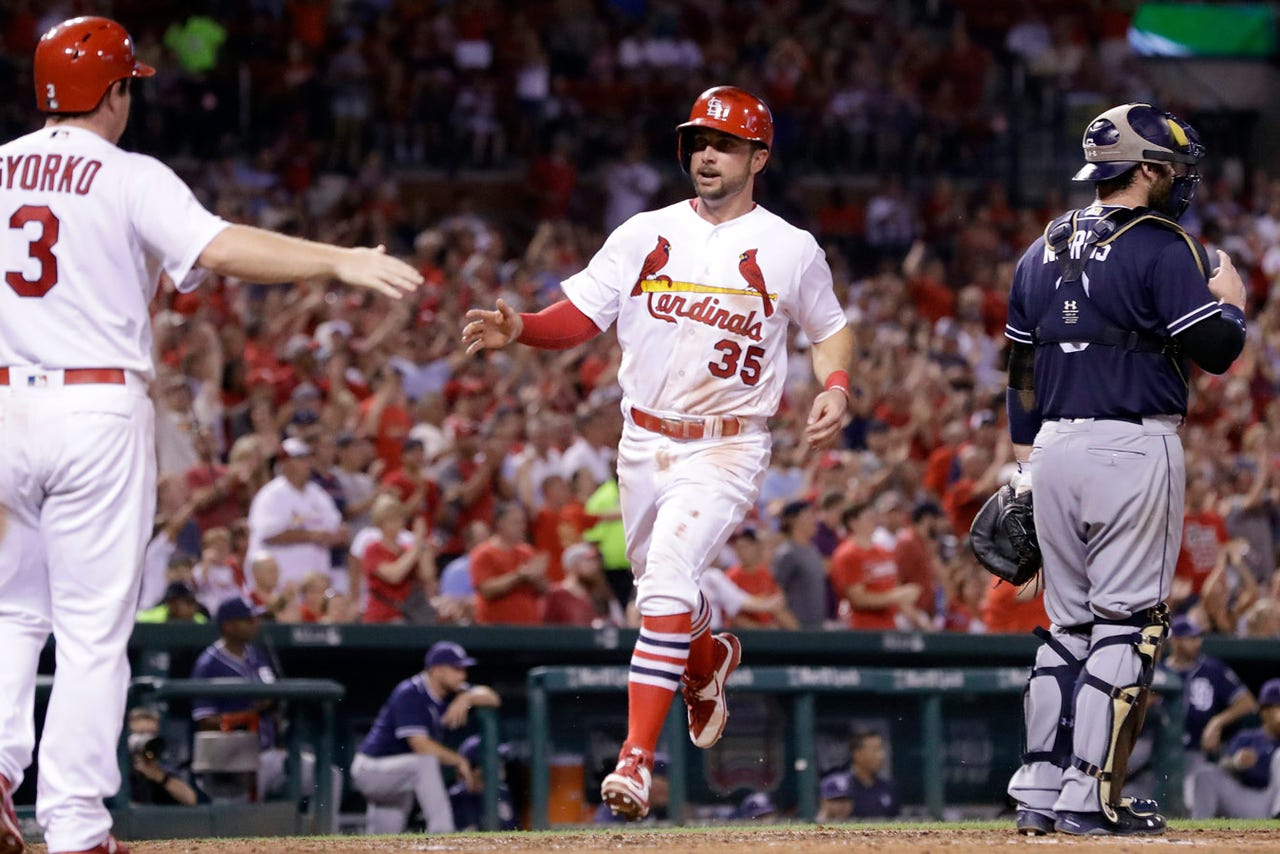 ST. LOUIS -- Mike Leake is known for getting ground-ball outs. These days, he's taking care of business himself.

Leake had his second straight double-digit strikeouts game with no walks, joining Bob Gibson as the only Cardinals to accomplish the feat, and St. Louis beat the San Diego Padres 10-2 on Monday night.

Leake (7-7) struck out a season-best 11, one shy of his career high, and allowed one run and six hits in six innings. The Cardinals' top free agent pickup fanned 10 over seven innings in a victory at Milwaukee on July 10.

Plus, he hasn't walked anybody in 19 consecutive innings.

"I feel like it's all kind of coming together a little bit," Leake said. "I'm able to put the ball where I want it a little better right now than I was earlier in the year, that's for sure."

Gibson accomplished the feat in his final start of the 1968 regular-season and his first in 1969, according to the Elias Sports Bureau.

Leake has four career double-digit strikeouts games and is the first Cardinals pitcher with 10 or more in consecutive starts since Lance Lynn in 2012.

"He's able to make big pitches in big situations," manager Mike Matheny said. "He was so good on the corners."

Pinch-hitter Matt Adams batted for Leake after the Padres changed pitchers, and his two-run double keyed a four-run sixth inning. Randal Grichuk and Jedd Gyorko connected in consecutive at-bats in the seventh, and Stephen Piscotty homered into Big Mac Land in the third deck in left in the eighth. Adams is 9 for 21 with two homers and eight RBIs as a pinch hitter.

"We knew what we were getting into," Padres manager Andy Green said. "It just didn't work out."

"Even the outs I was getting, I was falling behind the hitters," Friedrich said. "Same old story."

Matt Kemp homered for the third straight game for the Padres, coming off a sweep at home over the NL West-leading Giants. The Padres have homered in a franchise-record 16 consecutive games, the longest streak in the NL since the Reds had 18 in a row in 2010.

Rookie Aledmys Diaz added an RBI triple, and Stephen Piscotty had a run-scoring single in the sixth-inning rally that put St. Louis ahead 6-1. Diaz also singled and walked and has reached safely in a team-high 22 consecutive games.

Gyorko on his offensive success against his former team: "I just see the ball well out of their hand right now."https://t.co/C5MwbenQik

Cardinals manager Mike Matheny said former closer Trevor Rosenthal won't get any duty in "high leverage situations" for the time being. Rosenthal retired the side in order in the ninth.

"We're always going to celebrate when we get a positive from Rosey," manager Mike Matheny said.

Padres: OF Jon Jay (right wrist) expects to get his cast off in about two weeks, and then a rehab will follow.

Cardinals: 3B Jhonny Peralta (sore thumb) was not in the lineup. He was taken out in a double switch on Sunday. OF Matt Carpenter (oblique) and 1B-OF Brandon Moss (ankle) played light catch together.

Padres: San Diego has won eight of the last 12 starts of Colin Rea (5-3). He had no decision his last time out, allowing four runs in 4 2/3 innings on July 6 at Arizona.

Cardinals: Carlos Martinez (8-6) leads the majors with a .189 opponent's batting average and has allowed just one extra-base hit to a right-handed hitter.